Community Posts with Keyword Stahl All 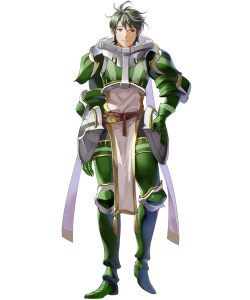 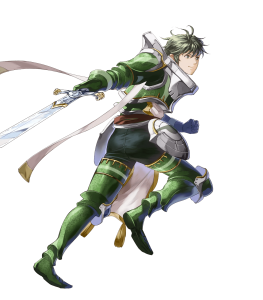 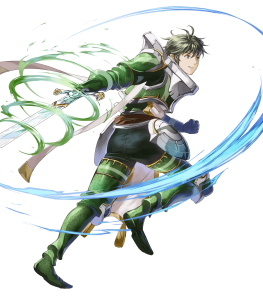 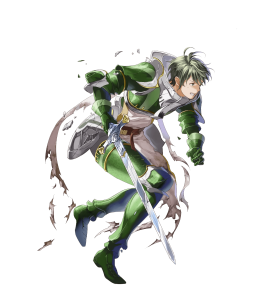 Stahl can make use of many different boon/bane sets thanks to his versatile nature as a unit. However, he enjoys an Attack boon no matter what, making it is best overall choice. Speed and Defense boons give him benefits depending on the build, while his HP and Resistance not critical on any variant of Stahl. Check the builds section for specific information about which boon is appropriate for each of Stahl’s sets.

With his new personal weapon, Stahl can now make for a potent mixed phase cavalier. And unlike units like Ares, Stahl does not rely on HP thresholds, instead being more reliant on being teamed up with other cavaliers. This build is highly modular and can lean offensively or defensively depending on the skills chosen.

Panther Sword is an obvious choice, guaranteeing Stahl a follow-up attack on the enemy phase. The most important skill choice is between Distant Counter and Swift Sparrow. The former will lean Stahl defensively by allowing him to counter ranged attackers, while Swift Sparrow gives Stahl a massive boost when attacking. Fury is a good middle ground, although it’s weaker overall than his other options.

Bonfire is best on the defensive set, while Glimmer is better on his offensive builds. Swordbreaker has unbelievable value for Stahl, who often falls short of the Speed of other sword units. It’s a great choice on even defensive variants, allowing him to win more matchups. Chill Def is better if you want Stahl to take on a more team support role, but Swordbreaker provides a larger boost to Stahl’s own combat power.

Chill Atk is a great catch-all Skill for Stahl, and gives him some nice support potential. Atk/Res Bond (or any bond skill) is a good alternative if Chill Atk is favored on a different unit. Hone Cavalry is an obvious pick, as Stahl will need to be fielded alongside at least one other cavalier to trigger his personal weapon. Finally, Swap comes for free on Stahl and is perfect for his adaptive playstyle.

Stahl can make for an excellent Arena specialist due to his access to the Armorsmasher and Cavalry buffs. This build is designed to let Stahl annihilate many of the common threats in Arena Tier 19 and 20. With this set, Stahl can potentially dismantle an entire Armored team all by himself: by OHKO’ing the green unit outright, dueling the red unit with Swordbreaker, and finishing the blue unit with Dragon Fang.

Stahl’s already-excellent HP and Defense let him run Life and Death with little penalty, as he will still have 50 HP and 25 Defense with the stat reduction. Life and Death greatly boosts Stahl’s offenses, with Death Blow as a decent alternative. Stahl can only beat Ayra, Brave Ike, Ryoma, Fir and Berkut’s Lance Effie if he lets them initiate on him, making Life and Death superior to Death Blow. If Death Blow is selected, Stahl will need to boost his Speed through his weapon refine or boon if he wants to double Tiki(Young).

Even with heavy Speed investment, Stahl won’t be able to outspeed the fastest swords. Swordbreaker ensures he can fulfill that duty and also allows Stahl to save his special for a fresh unit. Dragon Fang is timed to be ready after Stahl KO’s an enemy sword-user, and has the power to OHKO every Armored unit in the game. He can switch out Quickened Pulse for Attack +3 if more upfront power is preferred.

In order to achieve maximum perfomance, Stahl will need to be run on a cavalry team. He should carry Hone Cavalry to reciprocate buffs to allied units. As for a support skill, Stahl comes with Swap naturally which serves him well as a frontline unit.

Stahl deals incredible damage with Ignis, but if a shorter special is preferred, Bonfire performs well and hits hard off Stahl’s Defense. Quick Riposte is important to guarantee double attacks against faster green units such as Amelia. If this isn’t a priority, Stahl can instead go for Close Def to make him nearly impervious to physical damage.

Stahl works just fine by himself, making Threaten Def a great budget skill choice for him. Hone Cavalry is better if Stahl is to be used in a Cavalry team, but this set does not require support from Cavalry buffs. The choice between Swap and Reposition comes down to user preference, but Swap works great and is learned naturally.

This simple but effective set sees Stahl combat red and green foes with his personal weapon, the Panther Sword. This build makes Stahl a suitable unit for modes such as Arena Assault where he can be used as a specialist anti-sword or anti-green unit. Aside from being cheap to build, the major advantage this set has over the offensive one is self-reliance: Stahl won’t need a Hone Cavalry buff to do his job.

Swordbreaker combined with his Panther Sword is the core of this set, forcing good matchups for Stahl against two colors. Fury is a great budget skill choice, giving Stahl a much-appreciated boost to his Attack, Speed and Defense. Swordbreaker is a must for Stahl, as he will not be able to reliably take two hits from Swords. It lets him boast winning matchups against higher-tiered swords who opt for skills like Wrath.

Stahl comes from Fire Emblem Awakening, and is a red sword-wielding Cavalry unit. He is typically known as a defensive unit thanks to his high Defense, but Stahl is more versatile than he appears. He can perform well with both offensive and defensive sets, depending on his boon/bane.

Stahl has a relatively unimpressive stat spread, but he does have decent levels of Attack and Defense. He can even boost his Speed with a +4 stat boon and Cavalry team buffs. With powerful units such as Legendary Eliwood, Sigurd, and Eldigan, Stahl isn’t the greatest offensive Cavalry. However, he is one of the few cavaliers with Defensive merit, thanks to his personal weapon, the Panther Sword.

Despite his weaknesses, Stahl has great availability, versatility, and is cheap to build. Not only is he far easier to merge, Stahl can work well with a number of different sets. He can be built to counter certain top tier threats or as a specialist unit. None of these require significantly rare skills, making Stahl an attractive investment.

Stahl’s statline showcases his Attack, Defense, and HP stats. While his Attack is on the low side at 31, he has access to Hone Cavalry to boost his offenses. On the tank sets, his Bonfire/Ignis specials deal deceptively high damage to opponents. He is surprisingly powerful despite his middling base Attack.

Is one of few defensive cavaliers.

Thanks to his Panther Sword, Stahl is guaranteed to attack twice when enemies initiate combat. This frees up a Skill slot and means he is not reliant on Quick Riposte. Although his Resistance is poor, Stahl’s base Defense makes him sturdy. Panther Sword also gives him the effects of Triangle Adept, allowing him to act as a strong counter to green units.

Versatile and cheap to build.

Unlike many other red melee cavalry units, Stahl is easy to obtain and cheap to build. He can work well with a number of boons. None of his sets are particularly expensive, and all are effective. He is a great choice of unit for a 4*+10 build or even a 5*+10 if you’re a fan of Stahl.

No matter how you slice it, Stahl’s low Speed and Resistance hold him back as a unit. He requires a decent amount of team support to make him fast, and must invest in Speed-boosting skills to close the gap. His low Resistance makes Stahl susceptible to Ploy skills and poor versus magical attackers such as mages and dragons.

Suffers heavy competition for his team-slot.

Unfortunately for Stahl, he has heavy competition in his slot. Eldigan, Xander, Sigurd, Siegbert, and Brave Roy all boast signature weapons with powerful offensive effects. Although Stahl is a rare defensive cavalier, his low base stat total and Speed make it difficult for him to make his mark. 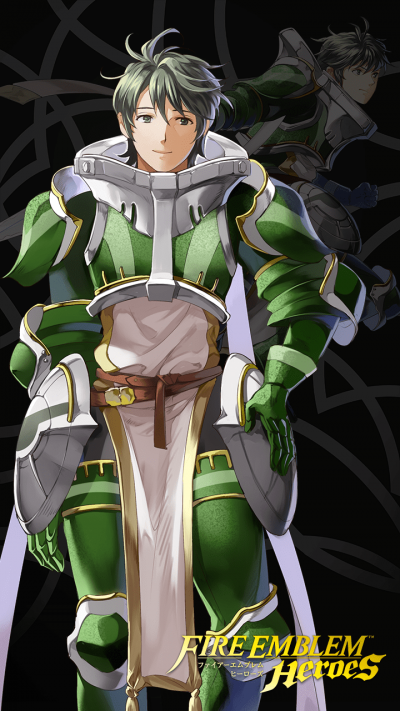