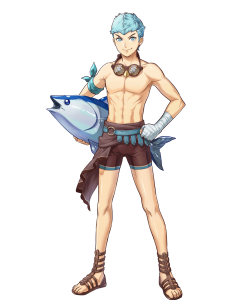 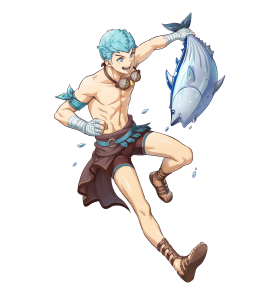 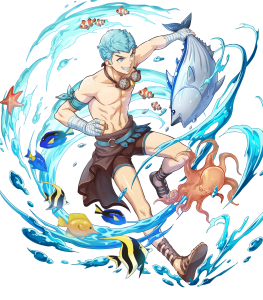 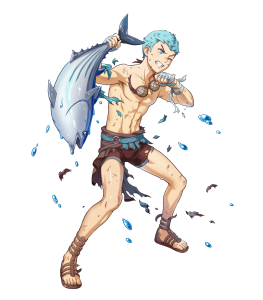 Caspar enters the game with a massive base Atk of 41 and a good base Spd stat of 36. This does not include his Atk super boon, which can then push his already sky-high Atk stat to a base of 45. Caspar should have no trouble taking down a good amount of his foes, especially if he happens to double which, more often than not, he should be capable of doing.

Beyond his high offensive prowess, Caspar also has a decent amount of bulk, both physical and magical, thanks to his high HP stat sitting at a base of 46. And despite how low his defensive stats may seem on paper, mainly his Res stat, he should be able to take plenty of hits.

As previously mentioned, Caspar doesn’t have the highest Res stat, unfortunately. However, he is more than capable of Spurn tanking thanks to his Spd stat. Thus, effectively neutralizing his poorish Res problem to a significant degree.

Caspar being an axe infantry unit is the most unique thing ever. We sure don’t have plenty of those already (Ross, Echidna, Ninja Hana, etc.). Even so, Caspar is still able to stand out thanks to Gen 5 BST as well as great stat allocation. The only factor that’ll come into play is his distribution period as the other previously mentioned units are either in the permanent pool or can be obtained with grails, which can be more appealing.