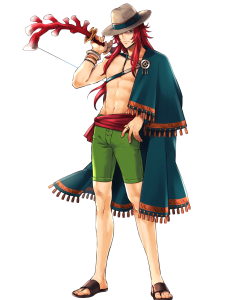 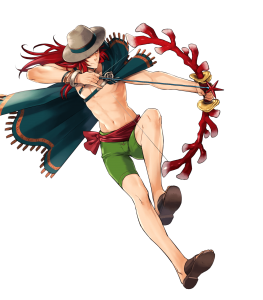 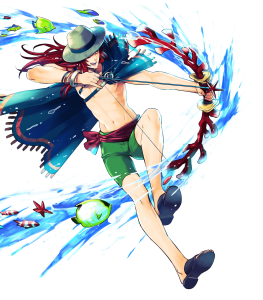 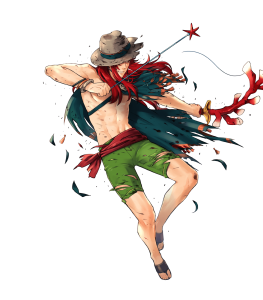 Passive A: Life and Death (3 or 4) / Flashing Blade/Heavy Blade

Joshua possesses a strong combination of 36 Attack and 39 Speed. This results in Joshua dealing good damage per attack and also having a high ability to perform follow-up attacks, a factor that can be boosted even further due to his Speed Super Asset. Thanks to this strong spread, Joshua can perform well with a variety of offensive setups.

With 40 HP, 28 Defense, and 24 Resistance, Joshua on the surface possessed decent defensive stats. Unlike a lot of other defensive archers though, Joshua’s high Speed results in him having an easier time avoiding enemy follow-up attacks which can improve his defensive capabilities considerably. This means he can also run defensive-oriented builds to a good extent as well.

Depending on the person, being a red bow unit could be seen as more of a hindrance than a bonus. One of the typical benefits for archers is their ability to ignore the weapon triangle, which is something Joshua does not have. While his performance against green units will be better than archers of other colours, he will suffer against blue units.

While it was already stated how Joshua has decent defensive stats on the surface, his Resistance stat of 24 is still relatively poor. Without any investment through skills, he’ll find himself taking considerable damage from enemy magic users, particularly common blue mages. When he’s built offensively, one should take care to not leave him vulnerable to magical attacks on Enemy Phase