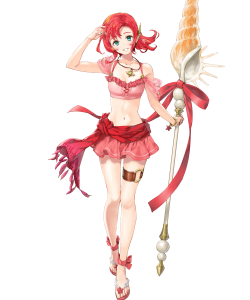 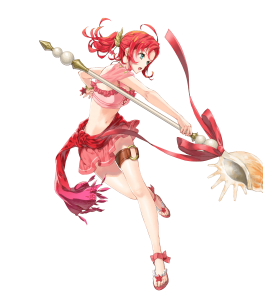 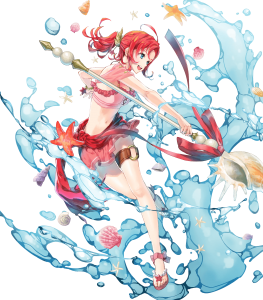 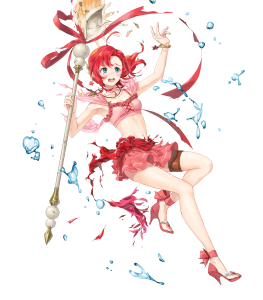 Norne’s base 39 Spd is great, especially if taking the superboon in it to boost up to 43.

Norne’s base 37 Atk allows her to deal solid damage to many foes.

Norne’s 42 HP and 31 Def are solid, allowing her to take physical hits reasonably well, especially if using a damage reduction skill such as Close Call.

Norne’s status as a lance-wielding infantry gives her access to great skills such as Spurn, Odd Tempest, Ninja Yari+, Flashing Blade, and many more.

Norne is currently available from a Tempest Trial, and will be eventually added to the grail shop, allowing players to merge her without spending any orbs.

Norne has high stats that allow her to hit 180 BST when merged with a superboon (she has two, Spd and Res), which allows her to score well in modes like Arena and Arena Assault. Combined with the fact that she is summonable with grails, costing no orbs, she is a great option for a core unit.

Norne’s base 27 Res cannot truly be called low, but it is her weakest stat, and renders her vulnerable to strong foes that target Res.

Norne competes with several other lance infantry with similar statlines, including Summer Ogma from the very same event she debuted in. If a player has already invested in one of these other options, Norne does not have any unique skills that might set her apart, just her statline and perhaps greater availability. She also faces competition from broader unit types for various roles she might play; as a tank she has to compete with armored units and their access to great skills like A/R Far Save, while as a player phase or Galeforce unit she competes with some cavalry and flying units that can use skills like S/D Near Trace to do things Norne cannot.