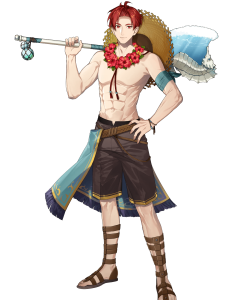 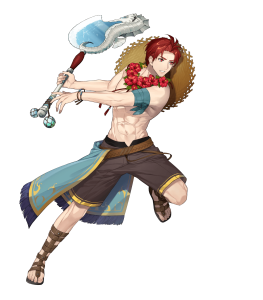 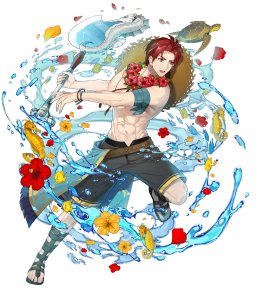 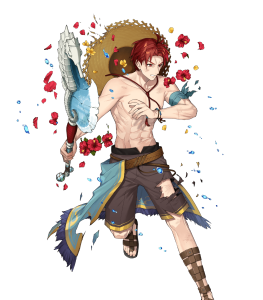 the definition of a summer glow-up (Galeforce)

Passive B: Wings of Mercy / S/D Near Trace

Taking his shirt off apparently gave Seth the courage to finally show off some of his strength from the original game, featuring pretty great offensive values at 40 Atk and 38 Spd. This ensures a sturdy foundation for dealing damage and both performing and avoiding follow-up attacks, particularly once aided by appropriate skills.

Seth can comfortably enjoy the benefits of his offensively-skewed statline by further merit of his cavalry status, inherently granting the extended range and mobility needed to excel at aggressive Player Phase builds.  Additionally, this also provides crucial access to the Trace, Flow, and Lull skill lines to patch up his performance, as well as as class-exclusive buffs for hassle-free team building.

While Seth’s statline and complementary strengths as a cavalry unit certainly prevent him from being outright horrible, he only has these qualities to rely on to distinguish himself from his contemporaries — which… places him in a pretty awkward position given how any meta-relevant unit is defined by their PRF weapon and/or abilities. This makes it tricky to actually justify giving Seth the heavy investment he would naturally want, not to mention the fact that his archetype as a free offensive axe cavalier is pretty much a dime-a-dozen.

Seth’s meager 24 Resistance creates difficulty in prolonged engagements against opposing magical damage dealers, as his overall bulk against them is unlikely to withstand successive strikes. Simply put, unless you want deep-fried knight for dinner, it’s best to keep him out of range from such threats