Community Posts with Keyword Surtr All 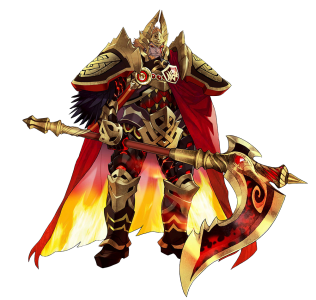 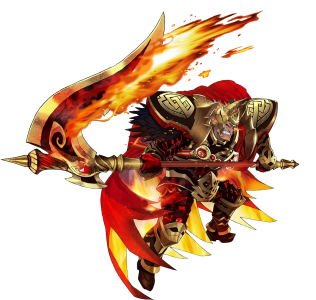 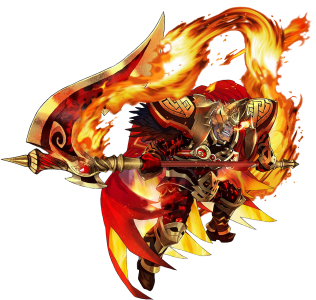 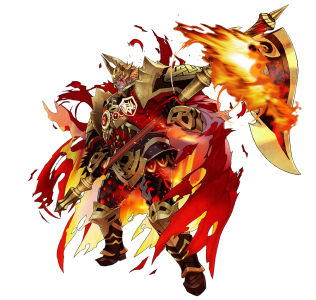 Flying too close to the sun (Enemy Phase Focus)

Surtr’s unique skills synergize extremely well with his high durability by brutally punishing opponents that can’t take him out in a single round of combat. With both Sinmara and Surtr’s Menace, any opponents within 2 spaces of Surtr will take 20 damage and a -4 reduction to all their stats. If that wasn’t crippling enough, Surtr will also gain a buff of +4 to all of his. This set focuses on elements from Surtr’s base kit in order to make him a wall that strikes down any opponent that so much as comes near him.

In addition to Attack and Defense, Resistance can also make for a good choice of boon in order to even out his overall bulk as well as making it harder for strong magical attackers to defeat Surtr in a single round of combat. As for his Special, Bonfire remains a very strong choice of Special for sheer damage alone. Alternatively, Aether can also make for a good option by giving Surtr self-sustainability through its healing aspect at the cost of a longer cooldown.

Distant Counter is still the best all-around option by giving Surtr coverage over ranged units while Breath skills help significantly against other melee opponents. If neither are available, Surtr’s native Steady Stance 4 makes for a great alternative to Breath skills. At the expense of lowering his Special cooldown, Steady Stance 4 grants Surtr an unparalleled +8 boost to his Defense when initiated on while also preventing his opponent from activating their Special.

Wary Fighter is the crux of this set, as it greatly reduces the amount of damage that Surtr takes in a single round of combat by preventing his opponent’s follow-up attack. Since very few units have any hope of defeating Surtr in a single hit, the opposing team will often be stuck in the AOE of Surtr’s skills during the next turn. Finally, both the Distant Def and Close Def Sacred Seals complement this Enemy Phase-oriented playstyle perfectly by further reducing damage taken from physical and ranged opponents respectively when initiated on.

This build takes advantage of Surtr’s status as an armored unit in order to make him an unstoppable force during both Player and Enemy Phase. For his IVs, Surtr appreciates boons in key stats such as Attack and Defense. A boon in Attack makes for a strong overall option by boosting his raw damage significantly while a boon in Defense further adds to his already incredible physical bulk as well as the damage from Defense-scaling Specials such as Bonfire and Ignis.

The choice between Distant Counter and a Breath skill for the A slot depends on what type of opponents Surtr is likely to take on. Distant Counter grants Surtr much more general coverage by allowing him to retaliate against ranged opponents while any choice of Breath skill make him much stronger in handling melee threats thanks to the increased Special cooldown charge as well as the stat boost that they provide during Enemy Phase.

Bold Fighter is a crucial part of this set, as it grants Surtr a strong presence during the Player Phase. Not only does it guarantee his follow-up attack on initiation, the Special cooldown acceleration it provides allows Surtr to potentially activate Bonfire every single round of combat. Surtr’s exceptional Attack coupled with the sheer power of his Special activation will cleave through just about any opponent he initiates on.

Surtr’s Menace is a unique and incredibly powerful skill that seldom needs to be replaced. Not only does it give Surtr a +4 buff to all his stats, it also reduces the stats of any opponent within 2 spaces by 4 as well, creating a total stat difference of 8. However, due to armored units being naturally restricted to only one movement, it can be difficult to get consistently get Surtr into a position where he can initiate on his opponent. This makes Armor March a good choice of C skill for him to carry should another teammate not be using it already.

Both the Quick Riposte and Quickened Pulse Sacred Seals are key in maximizing Surtr’s Enemy Phase potential. Quick Riposte guarantees Surtr’s follow-up attack as well as his Special activation when initiated on at the cost of being more susceptible to follow-up attacks. Meanwhile, Quickened Pulse lowers the initial cooldown of Bonfire to 2. When combined with a Breath skill, Surtr can activate his Special on his very first counterattack, allowing him to take out opponents in a single hit before they have the chance to double him. In particular, this can be the deciding factor in his matchups against Ayra and Legendary Eirika

Between his story self and his iteration as a playable unit, Surtr retains everything that made him strong and then some. Statwise, Surtr’s immense BST is very well distributed with almost every single base covered. Sporting incredible values in Attack (superboon), Defense (superboon), HP, and Resistance, the only apparent weakness that Surtr has is his abysmally low Speed making him susceptible to follow-up attacks. In addition to this, Surtr’s status as an armored unit grants him access to powerful skills such as Bold Fighter along with armor-exclusive buffs.

Surtr’s strength goes even further than his stats and classtype. His unique skills, Sinmara and Surtr’s Menace, make it extremely dangerous for opponents to even stand near him. In addition to further boosting his monolithic Defense, Sinmara deals 20 damage to any opponents within 2 spaces of him at the start of his turn while Surtr’s Menace hits them with a massive debuff of -4 to Atk/Spd/Def/Res while Surtr gains the same in a buff. In other words; at the start of any turn, opponents within 2 spaces take 20 damage and get a deficit of 8 to each stat against Surtr.

Overall, Surtr is a top-tier unit with very few weaknesses barring his low Speed and can be an unstoppable juggernaut on almost any team.

With a fantastic base value of 39 and having a superboon, Surtr hits hard with his raw Attack alone, granting him consistently high damage output in both Player and Enemy Phase.

With an unparalleled mixed bulk of 90/83, Surtr is great at taking both physical and magical attacks.

In addition to further boosting his Defense, Sinmara burns 20 health off of any opponent within 2 spaces of Surtr at the start of his turn.

If you didn’t think standing near him was dangerous enough, Surtr’s unique C skill hits his opponents with a massive debuff while simultaneously granting him a significant buff.

Being an armored unit comes with several benefits. These include having a much higher BST compared to other class types, access to class-exclusive skills such as Bold Fighter, and the ability to receive powerful buffs from armored teammates such as Hone Armor and Ward Armor.

Surtr’s abysmally low Speed makes him highly susceptible to getting doubled, greatly increasing the amount of damage he takes as well as allowing his opponent to charge their Special.

As an armored unit, Surtr will receive 1.5x damage from armor-effective weapons. Armorslayer and Dawn Suzu are especially problematic for Surtr, as he has the Weapon Triangle disadvantage against them.

Surtr’s class type limits his movement to only one tile. This makes him reliant on assist skills such as Pivot or team support through the use of Armor March to quickly move across the map.

Maybe an unconventional build of one of my favorite characters in FEH. This build allows him to take the most amount of dmg without dying. His physical bulk is anywhere from 94 - 109 with skills/weapon. His resistance bulk is a staggering 84 - 100 with skills/weapon. Safe to say this is a enemy phase build and player phase finisher with anyone who can survive an encounter with him.

Mixing Bold Fighter and Brave Axe+ Surtur can prevent special triggers with Steady Stance 4 to any close range and distance range units that use metal weapons and withstand weapon advantages or not. Surtur can trigger Ignis faster dealing more damage with Steady Stance 4 and Fortress Def 3, even if Surtur does not deal alot with Brave axe+, he can still defeat almost any heros with or without Surtur's Menace. It does not matter if you use Brave axe or Brave Axe+, Surtur can still deal massive damage.

"Undying Flame" - nickrider
Surtr is already annoying to kill, just with his base kit. So why not add to that? Renewal adds to his survivability. Your seal should be some kind of defensive one. I chose Deflect Magic to protect against his biggest weakness. As long as he survives a mage's first hit, he's basically in the clear for that round. Just keep him away from Summer Micaiah.

For this build you will need your Surtr with a RES boon and a SPD bane. An HP bane can also work, otherwise you will need to get him merged, as an ATK or DEF bane will ruin the whole build.

Steady stance works very well as it allows Surtr to tank any physical attack, even kind of nullyfing the attacks of anti-armor physical weapons (these will still hurt him a bit so be careful).

Wary Fighter 3 will prevent the enemies to double him, so in case he faces a unit that can deal damage to him, such as a red tome unit, he will be able to take the hits and then strike back after applying Surtr's Menace.

Fortress Res 3 + RES boon will make Surtr reach 41 RES. This will prevent any damage from most mages, excluding most red tomes (he can even tank some of those), strong green tomes, and some staff units like New Year Laevatein.

I fixed Jakob's Tray refine
I was bored so I thought I’d correct IS’s incompetence. Current effect: Screenshot…
How do you deal with temptation?
Hi! I’m at the moment thinking about pulling for S!Frederick and S!Sylvain. My fear is…
Choose my units (three houses edition)
So I decided to do a run of 3h where y’all decide my units. Pick my route. BE BL…
Resonance battles team
So I’m trying to do the resonance battles and I am struggling to get a good team…
All your projects
These days I wrote in my notebook all my projects that I want to invest heavily. Of…
Read More