Community Posts with Keyword Thórr All 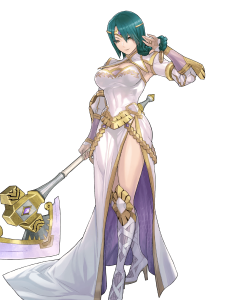 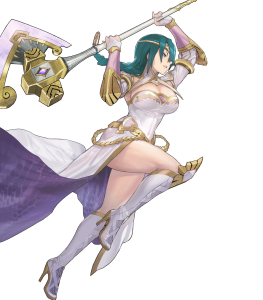 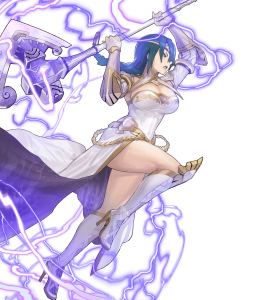 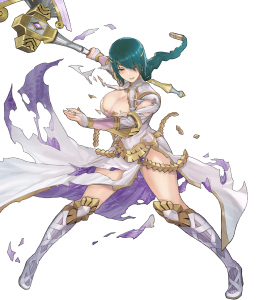 The Goddess of Beating You Up (Galeforce)

The Goddess of Support (Support)

Starting out with a base Atk stat of 44, Thorr will have very little trouble dealing with many foes, especially armors since she has Armor effectiveness built into her weapon. Moreover, her weapon is essentially 22 MT since it can grant an additional +6 to her Atk stat, allowing her to start off with a base Atk stat of 66 before any skills, boons/banes, and support is considered.

Thorr has a great amount of mixed bulk, sitting at a base of 41 Def and 34 Res. This can also be bolstered by her PRF since it can inflict -6 Atk on the foe, essentially pushing her Def/Res to 47/40 respectively. Likewise, because her visible Def and Res are high, she can also act as a Dark Shrine soaker.

War-God Mjölnir is absolutely stacked with effects that allow her to perform as a fantastic combatant and Galeforcer. To start us off, she comes with Slaying which allows her to secure more Galeforce checks without the need of outside support. She also has Armor effectiveness, so she can take down plenty of armor foes with no issue whatsoever. And despite having low Spd, she is able to make guaranteed follow-up attacks so long as her HP is above or equal to 25%. Beyond that, she can get even more offensive and defensive thanks to the additional +6 Atk her weapon grants and the -6 Atk it inflicts on foes as well as the Dull effect she gains from being solo. Simply put, it’s a really strong weapon.

Worldbreaker is essentially a Joint Drive Special Fighter, without the Guard effect, and with the additional benefit of being able to work on Thorr without any sort of spatial requirement. This not only allows Thorr to act as a fantastic Galeforce unit with the benefit of not needing to run Heavy Blade but also frees up the need for Heavy/Flashing Blade on Galeforce teams if you use her as a Wings of Mercy beacon. Likewise, you can use Worldbreaker for supporting enemy phase strategies, including Melee/Ranged Specialists and Near Save armors, as it can free up the need for the Steady Breath Sacred Seal.

Starting out with a base Spd stat of 19, chances are that every single foe is going to have the ability to double her. That'll be more of a problem in the enemy phase than the player phase since she’ll be able to get her two attacks out before the foe can retaliate with a second attack.

Having a high Atk stat is great for defeating foes relatively quickly. However, in Thorr’s case, it could potentially be problematic if you use her as a dedicated Wings of Mercy beacon / Galeforce unit as she could potentially overshoot and OHKO an opponent, especially if Near Save armors are present, before being able to trigger Galeforce. This can be remedied with Velouria support, but that comes at an opportunity cost. Even so, it’s something to look out for if you plan to run her on a Galeforce team.