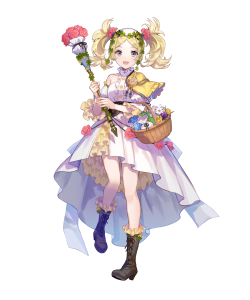 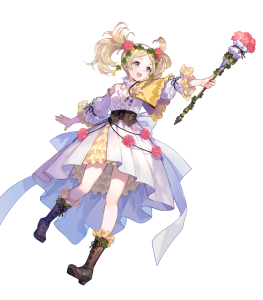 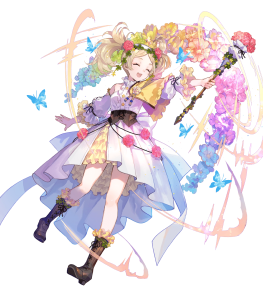 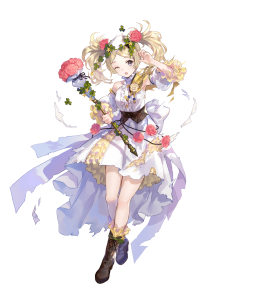 "No, I'M the most supportive sister!" (Far Save / Healing Stall)

Lissa integrating herself in the armored class yet again brings about quite a few fantastic perks:

Coming in with 42 HP, 37 Def, and 40 Resistance, Lissa exercises some pretty decent durability. This can be further reinforced with further investment and the use of defensive skills like her native Staff of Tribute, Crafty Fighter's guard effect, Far Save's stat boosts, and various A-slot and Sacred Seal passive boosts.

For the same reasons Winter Sephiran and Winter Eirika melted out in usefulness before her, Lissa suffers significantly from a variety of limitations stemming from her armored healer status.

Perhaps the most significant of all is her gross lack of Special options. Unlike other Save units whose viability mainly lies on how frequently they can dish out increased burst damage or reduce the power of incoming hits, Lissa only has a small pool of combatively useless Special options to boast. Thus, as far as tanking's concerned, Lissa is extremely reliant on the full might of her stats to do the heavy work, and that may prove often faulty due to the sheer power of new units in the game.

Less significantly but still worth mentioning, her staff and armor skill usage means she has to choose two of three effects and never all of them: Dazzling, Wrathful, and Fighter skills. Additionally, when refining her staff weapon for the Dazzling or Wrathful effects, Lissa will never gain additional stats upon refinery to strengthen her combat unlike other weapon types. On top of all this, if Lissa does want to go back to her healer class roots, her single-space movement basically gives her very low reach as opposed to the flexibility that healers in other movement types enjoy.

Lissa's base 25 Speed certainly isn't bringing potential suitors to the yard, as it makes her fairly vulnerable to follow-up attacks from faster enemies and thus diminishes her otherwise solid defenses.

And of course what makes a worse family tragedy than having two of your brother (and his secretly possessed boyfriend) have weapons conveniently effective against your movement type and piercing past all that invested ranged defense?