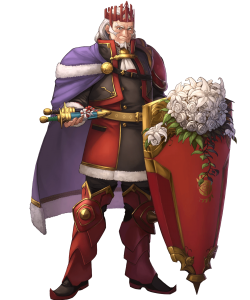 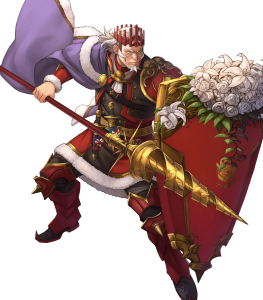 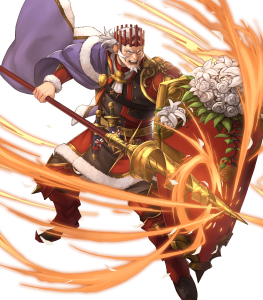 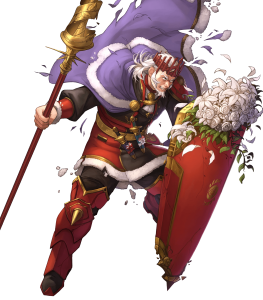 Lord of a Dead Empire (Near Save)

His base Atk of 43 is staggeringly high and allows for extremely solid damage potential even with just one strike. His bulk doesn’t trail too far behind either, with his innate 41 Def enabling effortless physical tanking and great usage of Specials like Bonfire (which is only sharpened further by Thorn Lance’s mix of effects).

As an armored unit, Valentine’s Rudolf boasts numerous key advantages, though none more notable than access to the immensely powerful Savior and Fighter line of skills — both of which let him perform leaps and bounds ahead of traditional tanks by exclusively focusing on his preferred enemy-type and match-up conditions. Backed by the immense base stat total he has to work with (also by merit of being armored), the Rigelian emperor’s class altogether grants a fantastic baseline to work with for optimized performance.

Although he owes much of his combat prowess to his armored status, Valentine’s Rudolf does have to contend with an innate susceptibility to effective damage and poor mobility as a result, which can be pretty annoying depending on the map he’s fielded on.

The Emperor of Rigel is certainly no slouch on the frontlines — but when compared to the current pool of premier blue armored units at the time of writing, he does falter considerably. From Ascended Idunn and Brave Hector whose PRFs outright eclipse Thorn Lance to someone like Winter Ephraim with a much greater damage ceiling, it becomes more than a little difficult to truly recommend maximum investment in Rudolf (outside of favoritism) should you have already made investments in such units.

Thorn Lance’s inherent Impact effect does a great job of alleviating the detriments of Rudolf’s abysmal Spd, but the increased commonality of effects that neutralize such effects does throw quite a bit of wrench in his effectiveness — especially against foes with the means to simultaneously withstand his counterattacks.

A super budget build I'm using to try and salvage the particularly unfortunate -Atk +Spd IVs I got on my Rudolf. Since he'll probably have to Pivot over an ally to see tanking duty anyway, I figured slapping him with a Bond seal and Fierce Stance are the easiest ways to make sure he can meet the Atk check against a significant portion of the cast. If you have a Smitebot to launch him into enemy lines, A/D Solo works just as well.