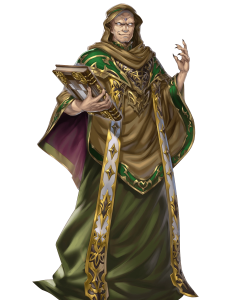 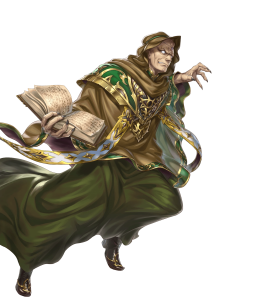 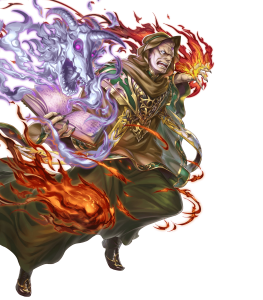 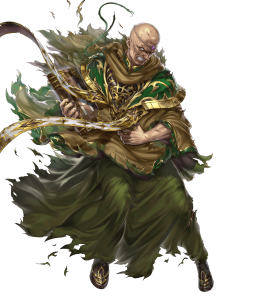 In Service of the Dark God (Debuffing Support)

His exclusive Petrify’s considerable -- and rather unique -- debuffing utility remains Veld’s main selling point, as it enables the dark bishop to severely hamper the offensive presence of the enemy team depending on the foe it afflicts. Since the target of Petrify’s effect cycles with the passing of each turn for the first five, this unpredictability may make Veld a potential choice in certain defense settings to catch incoming foes off-guard.

Veld’s solid base Resistance complements the debuffing nature of his PRF quite nicely, allowing him to leverage further debuffing skills (such as Sabotage Res) to debilitate the enemy team to a greater degree. His high Attack also provides some flexibility in the instance that he has to engage against an opponent, and may let him run more combat-oriented sets if desired.

Being an infantry unit comes with the ever useful advantage of fantastic skill availability, which Veld can utilize to enhance his performance even from a supportive / debuffing perspective via access to skills such as Sudden Panic and Even Pulse Tie.

While Petrify may certainly be powerful under the right circumstances, that’s entirely dependent on whether or not he targets the correct opponent, as he may target someone undesirable altogether. It would have been much more generally useful if Petrify automatically targeted the foe with the highest of each stat rather than the lowest, operating as a significantly stronger Chill to ensure that at least one powerful foe is debilitated.

Veld’s relatively low base values in both Defense and Speed render him quite susceptible to incoming physical damage as even if he avoids being OHKO’d from a source of such damage, odds are that he would still be doubled and then killed. This makes avoiding such threats a priority at all times