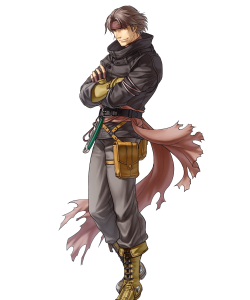 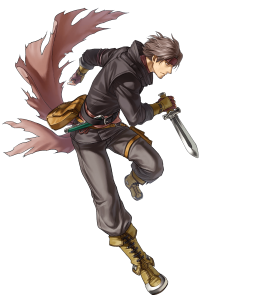 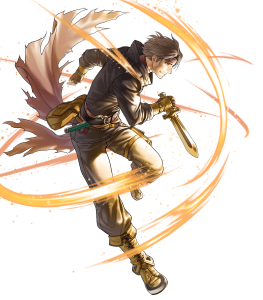 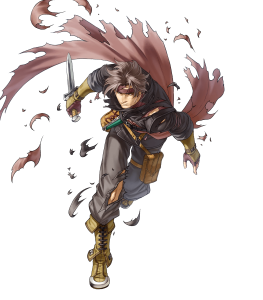 Fireman’s Hook is a great weapon, with the Slaying effect (Special cooldown count -1), as well as boosting all of Volke’s stats by 5, neutralizing penalties to his Special charge, and giving extra Special charge on his attacks as long as he either initiates combat or is not adjacent to an ally. This allows him to hit hard and reliably activate Specials like Lethality as long as he is fast enough to follow-up attack.

Volke’s status as a dagger-wielding infantry unit lets him use great skills like Time’s Pulse, Null Follow-Up, Lethality, and Disarm Trap. His Red color also sets him apart from most other daggers, giving him triangle advantage against Green units.

Volke’s base 41 Atk and 43 Spd are incredible, and allow him to deal great damage and outspeed the majority of units.

Volke’s base 28 Def, 25 Res, and 40 HP are all decent, but do leave him vulnerable to strong counterattacks, which he may get hit by before activating Lethality.

While Volke can deal extreme damage if he activates Lethality, its long cooldown means he almost always has to attack twice to activate it. Since he is generally completely dependent on Spd to do this, he is much less effective against foes that are fast enough to avoid his follow-ups.

While Volke’s status as a Red unit is helpful when fighting Green units, it is a drawback against Blues, causing him to deal less and take more damage compared to a normal Colorless dagger unit.

While Volke’s damage potential with Lethality is high, and he can activate it more reliably than basically any other dagger unit, he lacks some of the strengths that other daggers have, such as Ninja Lyn’s self-refresh Duo skill and weapon that strikes twice, or Yuri’s March and Canto effect.