Community Posts with Keyword Wrys All 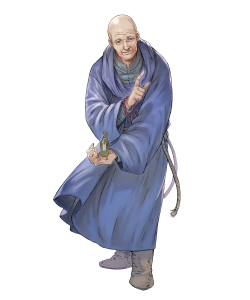 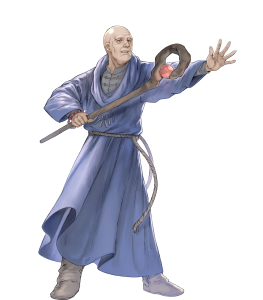 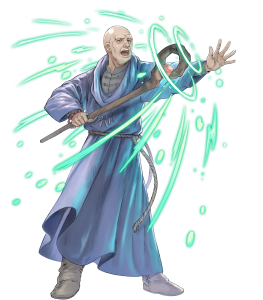 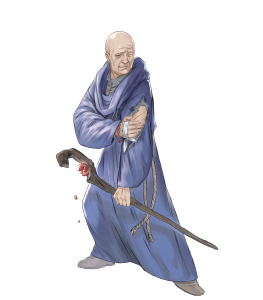 Healer of the People (Full Support)

Designed to focus fully on his supportive capabilities, this set allows Wrys to provide healing and other support to his teammates while keeping good all-around bulk.

Having either a Defense or HP asset will assist his physical tanking capabilities. An Attack flaw will be the best option since Wrys should not be attacking with the intention of getting a KO in the first place. His default Weapon, Assist, and Special are all maintained. Slow is a decent support staff that allows him to debuff the opponent’s Speed. A Dazzling forge allows him to attack without fear of retaliation. Rehabilitate is a fantastic Assist that heals more based on how low the target’s HP is. Heavenly Light is also a fantastic Special that allows Wrys to heal all other teammates whenever it activates.

For defensive capabilities, Fort. Def/Res is the strongest option, granting Wrys with a huge Defense and Resistance buff. However, this is very expensive. As a strong and much cheaper alternative, Fortress Def will still give him a significant boost to his Defense. Both of these skills will reduce Wrys’ Attack, but this is not a massive issue considering Wrys will not be used for dealing damage regardless. Wings of Mercy allows Wrys to instantly move adjacent to any ally that’s below 50% HP, allowing him to be available to provide healing whenever he’s needed. Live to Serve is a nice alternative that helps to keep Wrys healthy by healing himself whenever he heals another ally.

Atk Ploy can be used to great success by Wrys thanks to his amazing Resistance, allowing him to debuff the attack of enemies in cardinal directions to him. His high HP also lets him utilize Infantry Pulse fairly well. Both are expensive skills though, if one is not willing to invest that much, any of the Hone or Fortify skills are a generally safe option for the C slot. An HP Sacred Seal will help Wrys defensively, as well as help him to activate Infantry Pulse if one chooses to use that skill. Alternatively, he can give either of his defensive stats one last push with either Fortress Def or Fortress Res.

This set is designed around allowing Wrys to chip through the enemies HP, even with his pitiful Attack stat.

A Defense or HP asset is recommended to help him resist physical fighters. While this set is focused on dealing damage, an Attack flaw is still recommended since he’ll be relying on Pain and Savage Blow to deal damage regardless. The Pain staff allows Wrys to deal 10 damage to his target and enemies within two spaces of them. Rehabilitate is a great Assist for healers that heals more with the lower that the target’s HP is. Heavenly Light allows Wrys to heal all other teammates at once whenever it activates.

Since Wrys will be dealing relatively pitiful raw damage no matter what, he can use his A slot for defensive purposes. Fort. Def/Res, while extremely expensive, grants Wrys with a huge Defense and Resistance boost. As a much cheaper alternative, Fortress Def also gives Wrys a large Defense boost. Both Fortress skills reduce Wrys’ Attack stat, but this is not a significant issue given the vast majority of Wrys’ damage will come from chip damage. Guard allows Wrys to prevent attacking enemies from charging their Special should he be above 80% HP, helping with his survivability. Live to Serve is another strong option that allows Wrys to heal himself whenever he heals another ally.

Wrys is a humble curate, hailing from Talys. He is an infantry staff user and a readily available one due to being obtainable from the Daily Hero Battles as well as in the 3-4* summoning pool. As far as healers go, Wrys is good at healing his allies and taking a magical hit. Just don’t expect much more.

Wrys possesses a very lackluster statline. His Attack, Speed, and Defense are all very low. He’s very poor at dealing damage when compared to healers such as Elise thanks to his low Attack  while also weak against physical hits due to his tendency of getting doubled.

On the other hand, his HP and Resistance are excellent. He possesses the highest Resistance stat in the entire game as well as solid HP for a healer. This makes him a fairly good magical wall, though many mages will be capable of a double attack, somewhat limiting his magical bulk.

All in all, Wrys makes for a poor choice in healers when compared to his competition. While his HP and Resistance are almost unrivalled, the rest of his stats leave a lot to be desired. Still though, if all you want is a healer, especially one on a budget, Wrys makes for a great choice since he comes with an excellent base kit. He may not be the strongest fighter or the bulkiest one either, but he can certainly heal the wounded to great effect. Take him with you, and you’ll be very glad you did.

Wrys possesses the highest available Resistance stat in the entire game at 36, tying with Halloween Henry and Winter Tharja. While being colorless means he won’t ever be at a Weapon Triangle advantage, his Resistance is more than enough to let him shrug off magical attacks very well. He is also a fantastic user of Ploy skills.

With 42 HP, Wrys has the second highest HP for healers. This combined with his high Resistance makes him a great magical wall. His HP also makes up somewhat for his poor Defense and grants him some decent physical bulk, though he can still be easily dealt with should his attacker double.

At 23 Speed, Wrys is the slowest healer and one of the slowest units overall. Unless one heavily invests in speed, it is extremely likely that Wrys will be double attacked constantly. This tendency to be doubled greatly limits his tanking capabilities against both physical and magical attacks.

As far as healers go, Wrys’ Defense of 22 isn’t that bad and is actually one of the higher Defense stats for healers. However, it is still very poor as a whole. Combined with his terrible speed, Wrys is extremely susceptible to physical attacks from any prominent offensive physical unit.

Wrys has the second lowest Attack stat of all healers and one of the lowest overall. His damage output is terrible and relies on skills such as Pain and Savage Blow if you want him to do any sort of significant damage. While healing Assists are now based off the Attack stat, this doesn’t affect Wrys as much as his default healing Assist, Rehabilitate, is much less reliant on Attack than other Assists.

A new take on our good friend here. This build focuses on crippling enemies with debuffs and rendering the enemy team broken beyond repair. Wrys is one of, if not THE best ploy user in the game due to his absurd Resistance. Speed Ploy and Defense Ploy are the obvious picks here. Any Chill Skill works, but Chill Atk is probably the best option. If you opt for Chill Defense, Replace the Defense Ploy Seal with the Res Ploy Seal. Gravity+ with dazzling refine is the weapon choice, as it allows him to safely cripple the enemy's movement. Overall, this build turns our humble curate into an incredible support unit. Get out there and teach your foes some WRYSPECT.

I inherited both Defense Plus and Hone Spd because I was using him as support in two Grand Hero Battles. Those two skills were required to manipulate AI. Since he is a Res boon, the best two seals for him are Atk Ploy and Def Ploy.

Pro:
-Able to stop counterattacks
-Safe against a majority of the mages

So the idea of this set is for Wrys to become a passive Debuffer with a C Ploy skill and Panic Ploy 3 as the sacred seal.
This way Wrys can support the team by just existing.
Def ploy is primairly taken as it softens up enemy units for your hard hitters, giving your hard hitters an easier time and scoring more KO's.
Any ploy skill can be taken for the C slot and the usefulness depends what the team needs (aslong the ploy skill doesn,t overlap with the SS skill)
Infrantry pulse can also be taken if one is utilizing a full infrantry team and with Wrys high HP stat, this will almost always activate.

Hp+ 5 is used to bring the maximum usage out of the Panic Ploy 3 skill where very few units can match Wrys HP stat of 50, causing the enemy units to be always effected by Panic Ploy.

Alternatively, Fortress Def/Distant def/Close def can be taken if one wants Wrys to be more durable but Wrys won,t be as effective with Panic ploy that way.

Live to Serve 3 heals up Wrys whenever Wrys heals an ally allowing Wrys to sustain his high HP stat and since it comes within Wrys base kit it is more accesable and the primairy choice.
Alternatively Wrys can run Dazzling staff to safely attack units and either chip them with pain or debuff them with a status staff.

Pain helps to chip down enemy units.
Slow/Fear can be taken to debuff.
And Candle light can shut down counter attacks, giving your team an easier time taking down units.

As for a Support Skill, Wrys wants to have Rehabilitate to fully heal badly injured allies.
Recover is a saver option as it heals 15 consistantly.

As for the Special you can go for Kindled-Fire Balm to give everyone +4 Atk when it procs.
Combined with Def Ploy 3, this makes for a powerfull combo.
Miracle can be taken to let Wrys survive a lethal hit if a powerfull melee units attacks Wrys.

Panic Ploy 3 sacred seal shuts down buffs and turns them into penalties, given that hone skills are very populair, Panic Ploy 3 will prove very useful.
Atk Ploy 3 can be taken so lower opponents Atk, but with how common Hone buffs are, you are better off with Panic Ploy 3 until the meta shifts.

(Stats are with hp seal)
Old man Wrys is certainly a deceptive old man with several interesting tricks up his sleeves.
With a Defence boon, fortress def and a hp seal he can survive every base unit in the game besides the oft chased away Kagero, and even then heavily invested units will be hard pressed to take him down. By taking advantage of his high Hp and Res he can pull off a multitude of ploys with ease, Atk ploy being the most consistently useful. Wings of Mercy is taken to scurry over to those in need and repositioning the debuff line in the process but can be replaced with escape route if he intends to shield an ally briefly. Breath of life is another special choice with WoM as it allows him to take a bizarre offensive stance, chipping at foes and healing allies for up to 10hp anyway but tends to be a tad more situational and riskier. Pain is an obvious choice for any healer not using wrathful staff but slow is another solid, and also native, option which aids his debugging nature. Heavenly light is a godsend once charged as it can easily bring weakened teams back from the brink. She won't come home. ),:
@NOOOOO_PIZZAGUY wrote: She is precious. …
If it gets him closer to being in the game
@ShieldOfWind wrote: Then this is my choice Screenshot…
I just wanted a Hector
@Erk wrote: Spend a hundred orbs and nothing to complete my…
Nobody's replying
@spenser wrote: 20200409_2001111440×2402 499 KB …
IS is controlling The Actual five star rate at the background?
@Thesparkplan wrote: Discussion: In the current bramimond…
Read More