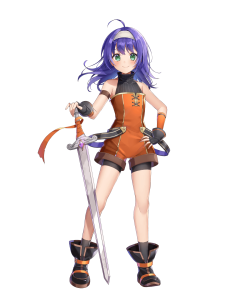 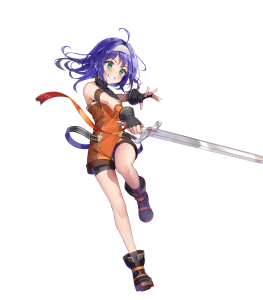 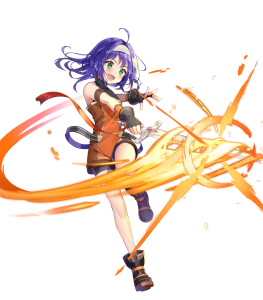 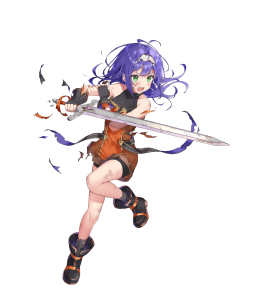 Sharp War Sword is essentially everything an Infantry Sword would want built right into a weapon:

Having all of these effects built into her PRF means that she essentially has a fantastic amount of other options she can run in her B Passive. One of the main options is her innate Spd/Def Tempo that negates any sort of Guard effects on herself and accelerated cooldown on the foe, allowing her to consistently trigger her own Specials much more easily. Meanwhile, she can take up Windsweep and prevent Melee counterattacks altogether since Sharp War Sword prevents the follow-up negation effect. If you want to make her into an Omni-tank, albeit not the best idea, she can run Null C-Disrupt. I can keep going on about skill options, but to prevent this from becoming a full-fledged thesis, she’s basically one of the most flexible units in the game as a result of having all of these effects in her PRF. It's also worth noting that while the Phantom Spd effect may seem trivial, it makes it so if Young Mia is only one point of Spd faster than her foe she'll get all of the Damage Reduction percentage from her weapon and other effects that grant Damage Reduction.

Young Mia bursts out of the gate with an offensive statline of 41/43 Atk/Spd with a superboon in Atk, making her quite a formidable threat to go up against.

Being that Young Mia is an Infantry Sword, she has access to a plethora of skills that allow her to perform well above and beyond her contemporaries, especially when paired with her PRF, Sharp War Sword, as it innately comes with Damage Reduction and Null Follow-Up, meaning she has more options for her B Passive.

While Young Mia may seem like the end all be all in terms of Infantry Swords, she still faces competition from other units such as Brave Marth and Ascended Mareeta. While both of them may not have Damage Reduction built into their weapons, they can always opt for Vital Astra and have it ready during every combat so that the Damage Reduction takes place, effectively mimicking part of Sharp War Sword. Moreover, Brave Marth innately has Vantage, allowing him to spam Specials with Special Spiral before the foe can attack, and Ascended Mareeta can mimic that with Vantage as her B Passive. Even so, it cannot be understated that Young Mia is an extremely strong unit even within a bloated archetype.