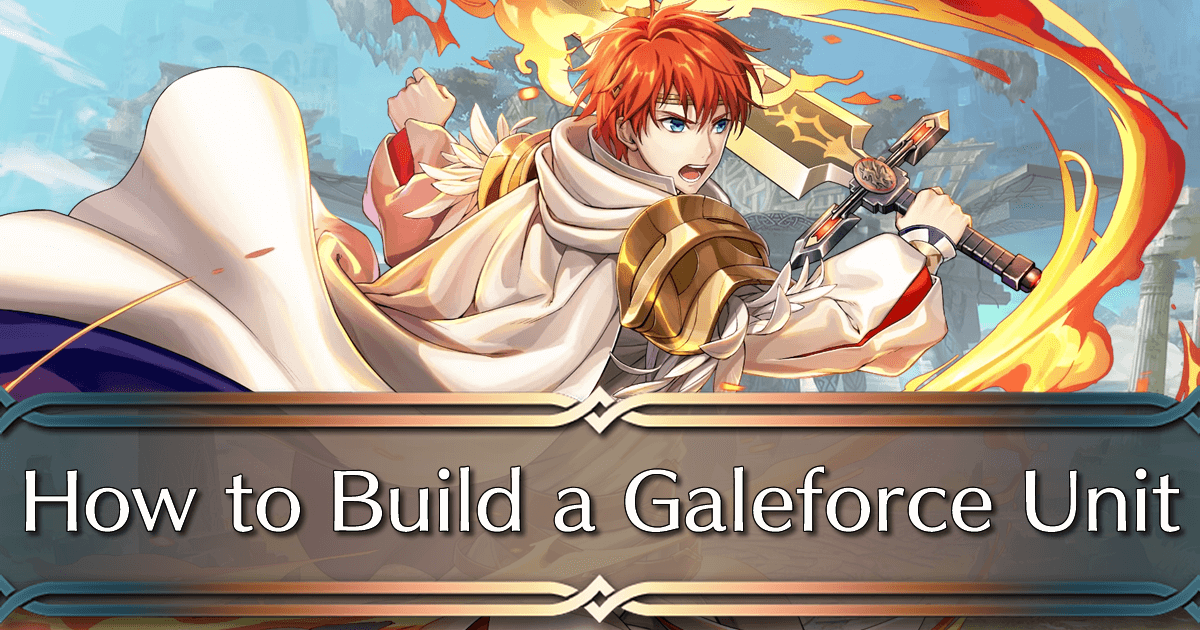 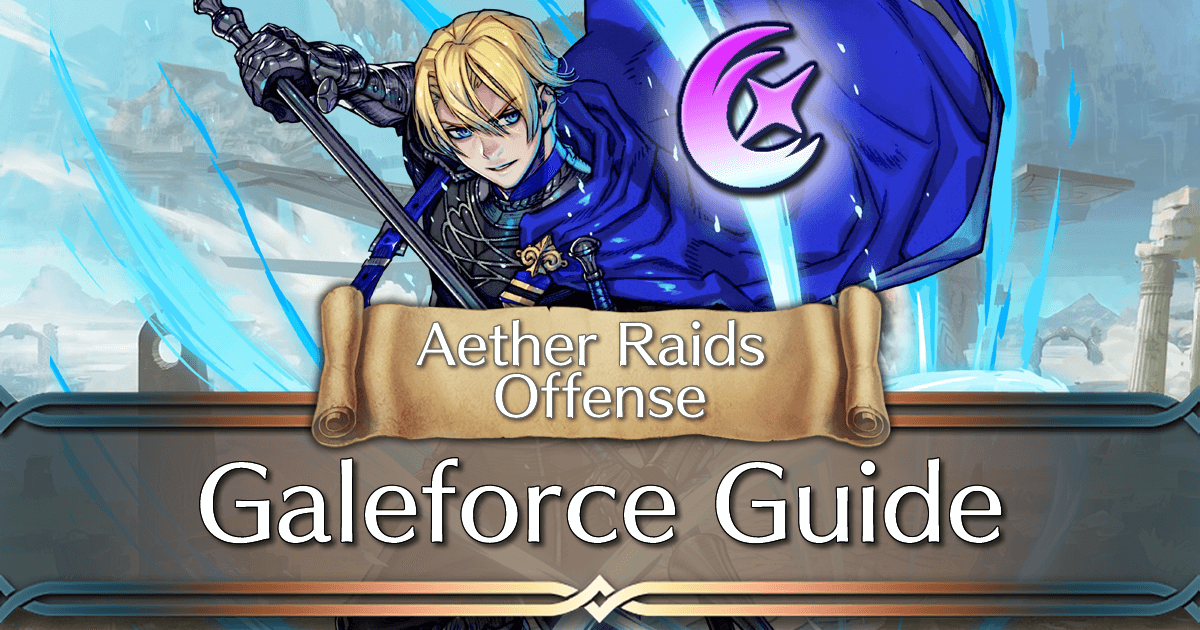 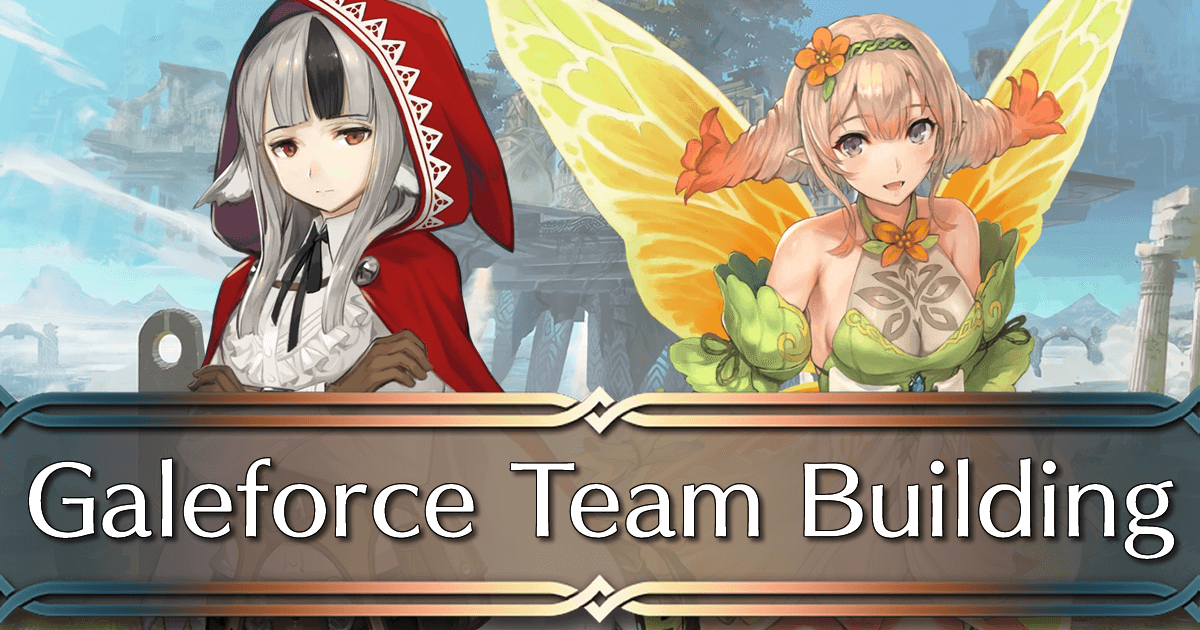 How to Build a Galeforce Unit

Almost every Galeforce unit is going to utilize Heavy Blade or Flashing Blade, either in their A or S slots - or their prf weapon, if they have that utility. Fliers and cavalry cannot use Flashing Blade, nor can they use Time’s Pulse, which can limit a Galeforce team.

Each player only has one Heavy Blade seal, one Flashing Blade seal, and one Quickened Pulse seal. Luckily, Jamke and Summer Ylgr are good f2p sources of Heavy and Flashing Blade respectively and can be used to contribute to your team A slots.

If running Heavy or Flashing Blade in A slot, then your unit will need to use their S slot for either Quickened Pulse or a stat booster (Death Blow, Swift Sparrow, or Darting Blow are the three best options, depending on what stat check you’re trying to reach). If you run a build like Heavy/Flashing Blade and Quickened Pulse then your unit needs to have exceptionally strong stats (and potentially buffs) in order to pass the stat check.

C slots are more flexible. Typically, Tactics buffs, Hone Fliers buffs, or Time’s Pulse are the most used C slot skills on Galeforce teams, but your lead unit can run a Smoke skill in order to help your backup Galeforce units to activate their stat check (for example, running Eliwood with Attack Smoke to debuff his opponents’ Attack by 7 so that Altina can activate Heavy Blade against them).

Below are a few examples of Galeforce teams. F2P units are +10, 5 star units and seasonals are +1, Mythic units are +0 and Neutral

Eliwood (+10) initiates with his Blazing Durandal and a -1 Cooldown thanks to Quickened Pulse. With Speed Stacking from Naga’s Tactics and his Cooldown mitigation on his prf, he only needs 2 hits to activate Galeforce. After his hits land, he debuffs all of his opponents with Attack Smoke, which gives unmerged Altina an easier time of activating Heavy Blade.

Rafiel (+1) runs Time’s Pulse and is supported with Altina so both of them have Galeforce cooldowns of 4. Altina uses Wings of Mercy to teleport next to Eliwood and takes out another opponent with her brave weapon attack, activating her own Galeforce and inflicting the enemy team with Speed Smoke, so that Rafiel has an easier time doubling and activating Flashing Blade. Eliwood and Altina can both take out an additional enemy, and Rafiel can also initiate and activate his own Galeforce, and/or dance Eliwood or Altina in order to have them attack a third time.

Naga can either Smite Eliwood in position or stand in as a clutch member of the team to Wings of Mercy in for a single KO.

This gives the player room for a maximum of 7 kills during one Player Phase turn (not including the Bonus Unit contribution), which allows for a bit of wiggle room, since you only want to defeat 5 opponents.

This is an example of an ‘Eir Force’ composition. Eir does not have Galeforce but by utilizing Fury and Lyfjaberg’s recoil (she generally needs to attack twice), she acts as a Wings of Mercy beacon, and when using Disarm Trap, she is able to freely position herself for her engagement, after which she debuffs the enemy’s Speed with Speed Smoke, and Defense/Resistance with Lyfjaberg.

Note that your bonus unit can conflict with Tactics buffs for this team, so Azura runs a Speed Wave as a backup buff.