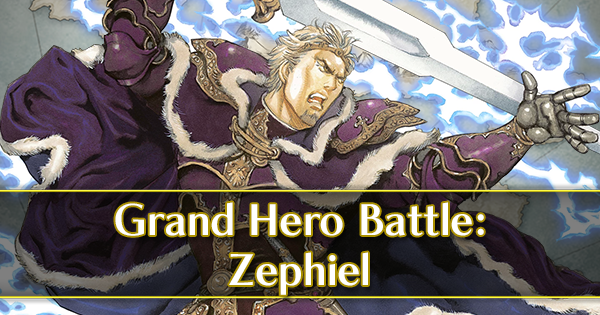 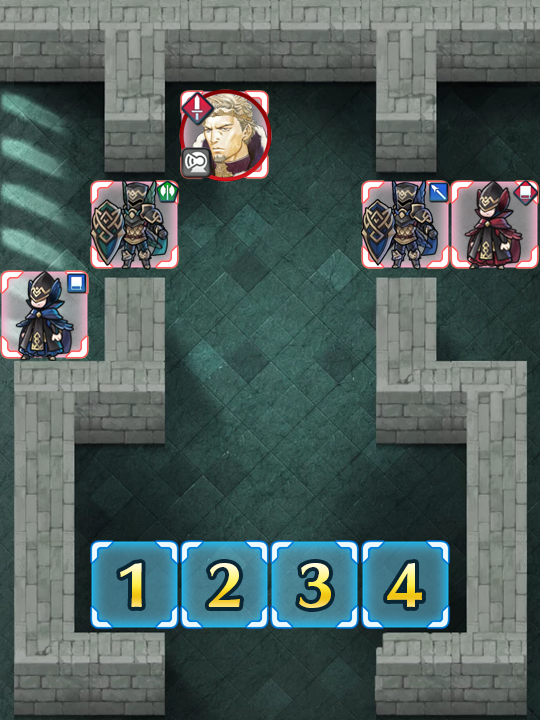 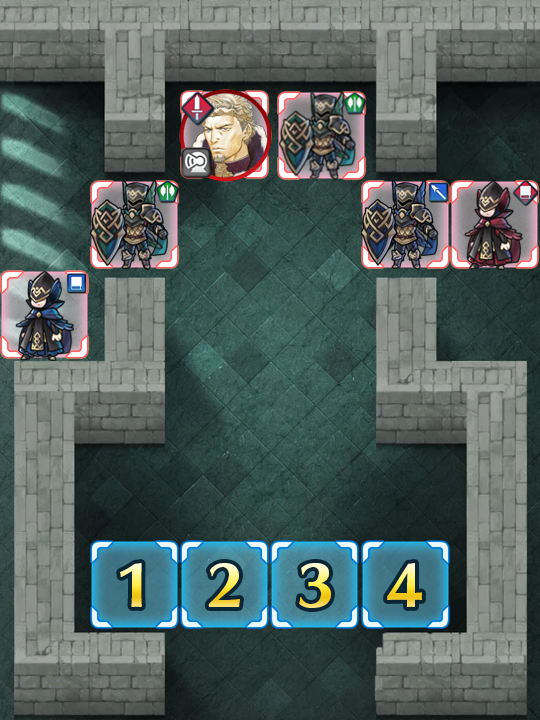 While doubtlessly one of the less taxing maps on lower difficulties, Zephiel’s Infernal Grand Hero Battle is definitely a challenge. Between the tight maneuvering quarters, a multitude of armors toting Wary Fighter, the presence of Armor March, and Zephiel himself carrying Distant Counter, there will likely be no easy way to win here -- you may have to change up your usual strategy if you want to succeed.

As is generally true of GHBs, the individual units used is very important as they will primarily inform a strategy. There are a few routes one can take depending on what units are personally available, and, of course, adjustment based on the units one possesses is always a possibility.

Technically, you can use an entirely baiting strategy on this Grand Hero Battle, but you might want to use a more mixed team composition so as to get the best of both worlds.

If you’re struggling with choosing a unit to bait, consider a dragon. Tanks who deal damage to Defense will probably have difficulty chipping away at the armors, so you may want to use bulky units who deal magic damage as your baiters instead. Further complicating matters is the fact that these armors seem to favour using movement skills to throw a wrench into your plans -- this means that Triangle Adept tanks such as Triangle Adept Nowi may have difficulty avoiding being KO’d due to the close quarters of this map. Consider using dragons with Fury or other skills instead.

Ideally, you’ll also want to use a Distant Counter or Close Counter user utilizing the Quick Riposte skill or seal with mid-to-high Defense, as these units are able to override Wary Fighter’s effect and default to a regular Speed check. Self-sustaining tanks who tote Aether, Radiant Aether, or Sol / Noontime can potentially forego healer support as well. Nowi, Female Corrin, Adult Tiki, Lightning Breath Young Tiki, Fae, Fallen Robin, Myrrh, and bulky Close Counter mages like Winter Tharja are all good choices who are able to counterattack regardless of distance. You can also use a unit with an Armorslayer / Armorsmasher or the Hammer to deal massive damage to most of the enemies on this map.

Brave Bow users are decidedly less useful than they normally are on this map due to most of the enemies here being high Defense armors, but can still prove handy for easily KOing the mages if you have a free spot on your team. The same goes for units who carry melee Brave Weapons -- they will likely struggle to break through the wall the enemy armors create.

Olwen and Reinhardt, however -- as the only users of Brave tomes -- are able to attack foes’ Resistance twice instead of their Defense, making these two units much better candidates for the role of Striker in this Grand Hero Battle. Blade mages may also be able to deal heavy damage if not outright KO the armors while fully buffed, but be warned -- the fact that these enemies all carry Wary Fighter make them difficult to perform follow-up attacks against unless they’ve been heavily damaged, which may cause your Blade mage to be put in a particularly dangerous position.

Dancers help support units with high firepower, may even have a decent offensive presence themselves, and can usually tank a hit or two, if need be.  Olivia, Performing Olivia, Performing Inigo, Performing Shigure,Performing Azura, Azura, New Year Azura, and Ninian all give the support that high-firepower units need while also possessing the ability to provide an assist to KO an enemy.

While it’s difficult to exactly predict what will happen on this map due to the IV / Merge variance of your units, here’s some general tips to get you started.

You may be wondering where to begin on this map, and that’s a reasonable question to ask. Essentially, you have two options; baiting and striking. Which one you chose depends on if the AI’s movement is favourable to you at the end of this turn.

Since Zephiel has Distant Counter and a massive HP pool, it’s probably a bad idea to attack him with any mage unless you know for sure you can KO him outright. If you’re using a Striker to start off, then, you’ll likely want to target the lance armor instead, be danced, and then Reposition or Draw Back your Dancer/Singer to safety.

Alternatively, if you’re using a baiting strategy, you can move into the range of Zephiel or the green armor.

Know Thy Enemy, Love Thy Enemy

You may notice that in the screenshot above, I’m placing Adult Tiki as if Zephiel had the movement of an infantry unit. What gives? Well, he and the lance armor have Armor March in their C slot, which extends their range if they begin Enemy Phase next to another armor. This makes them significantly more threatening, and will be something you’ll need to account for as you're trying to beat this Grand Hero Battle.

Unfortunately, this map doesn’t exactly grant a lot of maneuvering room for you to kite these foes once they start advancing -- and if they manage to catch you off guard, it will likely result in an instant game over. Because the Danger Area can prove inconsistent in showing where enemies will end up if Armor March is active, be sure to account for any armors who may have extended range at the beginning of Enemy Phase.

Since this map doesn’t exactly give you a lot of space to work with, it’s a good idea to equip your Tank with a movement skill like Swap so that they can deliver your other units to safety. You likely won’t have a lot of safe space to work with, so the leeway this skills provide in positioning can help you recover from a move that may otherwise spell out disaster.

The Triangle Doesn’t Trump All

Speaking of Weapons Triangle Advantage, it isn’t always necessary to deal effective or even neutral damage to the armors on this map. Since Wary Fighter is exceedingly common here, your primary goal should be to break through the enemy’s defenses in order to allow yourself to KO them -- whether you possess a Weapons Triangle Advantage or not. Low cooldown Specials like Moonbow can assist you power through if their current charge permits, but even if they’re not at the ready, any damage you can deal will help.

And When All Else Fails…

Thankfully, the armors who don’t tote Brave weapons (including Zephiel) will most likely be unable to perform follow-ups on your units due to their low Speed. While it’s far from ideal, even slowpokes like Reinhardt can tank a hit from them if need be (provided they aren’t weak to that color). Don’t assume all is lost because your Striker has been left in the line of fire -- it’s entirely possible they’ll be able to brave the hit like a champ.

Don’t be fooled by video walkthroughs of any Grand Hero Battle that you watch -- it’s very rare for anyone to beat high-difficulty content (or record a video of themselves doing so!) on their first try.  Additionally, the potential variance in unit builds that Skill Inheritance brought along with the random nature of summoning has resulted in pretty much every single summoner having different “building blocks” to work with. This, when combined with the high difficulty level of Infernal, may prove frustrating while someone is trying to find the right combination of units and moves. The key thing to keep in mind is that it may take some light skill inheritance and seal shuffling (Breaker skills and the Attack +3 seal are your friends!), multiple tries of the map, and a few stamina potions to find a strategy that works for you. Every single turn you complete gets you one step closer to completing the puzzle. Finally, reading about or watching videos of successful strategies may also help you break through a particularly difficult turn that you can’t complete, or may give you ideas of a new unit to use.

Start by baiting with Ike then when only Blues and Greens remain swap him our for Surtr.

Attack and fled
Submitted by SirTempo