Tempest Trials - An Alliance of Princesses 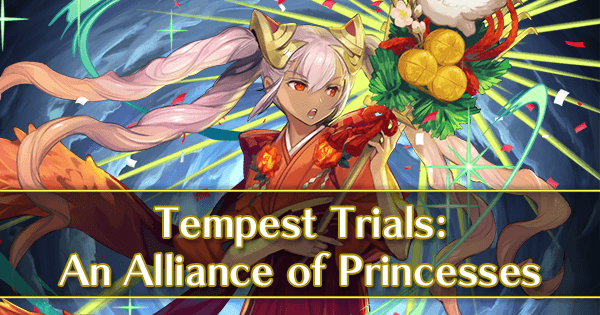 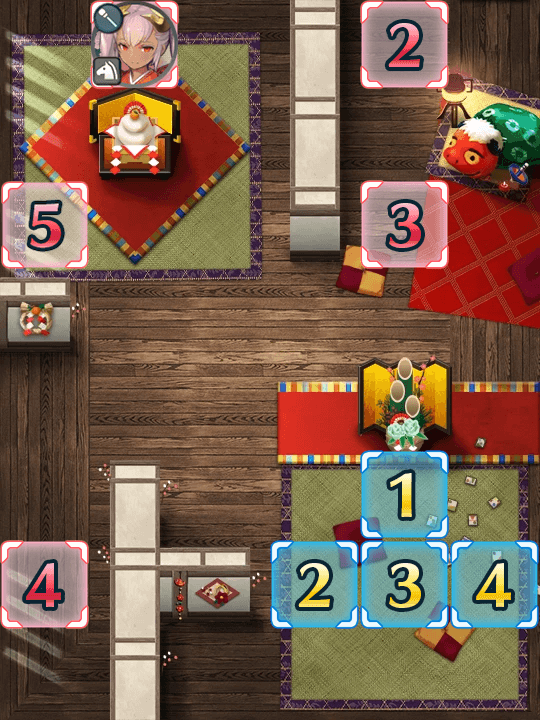 Laegyarn’s New Years version is the latest free unit to be added to the game. She comes with a great base kit which sees her use both Chill Def and Chill Res to hinder her opponents. She falls into a large pool of blue cavaliers, but nonetheless stands out because of her great skills and Speed.

This Sacred Seal gives the effects of Threaten Res to a unit, reducing the Resistance of all foes within two spaces (at the start of their turn) by five. While this might have originally been a useful seal, there are now many better seals out there.

This seal grants a unit the effects of Spur Def/Res, granting a +3 invisible boost to Defense and Resistance to units adjacent to them. In my opinion, this is one of the best seals released, being useful for nearly all units, and is especially good for the Arena where you must support your bonus unit. I highly recommend picking this seal up!

A 5* version of Laegyarn, New Experiences. I recommend either using her in the Tempest Trials or sacrificing her to grant her Wagasa+, Defense Tactic or Chill Res to another unit.

For many, this is the jewel in the crown of this event’s rewards. Atk/Spd Bond can be used to grant a unit up to +5 to both Attack and Speed, provided they are standing adjacent to another unit. This is a substantial boost with an easily activatable condition, and makes a great combo with the Spur Def/Res seal.

Gunnthra - Year’s First Dream: This time, Fliers are the go-to team choice with many strong picks available through the New Year’s units. Gunnthra has great Attack, Speed and a decent mix of defenses. Her Hikami has the power to make clearing the maps much easier through its strong debuffs. Overall, she is arguably among the best picks for the trials.

Hrid - Resolute Prince: Hrid is a tank with exceptional Attack and Defense, and boasts a weapon capable of reducing enemy attack. Overall, he’s a very different choice to Gunnthra, with much worse Speed. Hrid risks suffering follow-up attacks from archers, which can make him a riskier choice despite his good Defense.

Laevatein - Kumade Warrior: Laevatein is among the best units available for these trials, due to her status as a healer. She has excellent mobility and enough Attack to leave a serious dent with Wrathful + Dazzling builds. She also brings powerful debuffs with her weapon, greatly outclassing those inflicted by Hrid. Overall, I can highly recommend using her during this event.

Fjorm: New Traditions: New Year’s Fjorm is the latest archer to join the 35 Attack/Speed gang, making her a deadly sweeper during the trials. Combined with mobility granted through a flying mount, and she’s a deadly force on the battlefield. Pair her up with Gunnthra or Eir for deadly results.

Laegyarn: New Experiences: The popular Laegyarn is a great choice of unit for these trials, offering debuffs to enemies and a solid statline (except for Resistance). She’s worth bringing along for her debuffs alone, but shares a spot with Fjorm, an arguably more reliable unit thanks to her innate Distant Counter.

Sharena - Princess of Askr: Your favourite Sharena is back as a bonus unit for another Tempest Trials! Except the bad news is that she’s long been outshined by other units, two of them being Fjorm and New Year’s Laegyarn. Unfortunately, the only reason I would recommend using her is to try and build Hero Merit.

For tips and tricks on using Sharena: Princess of Askr, see her Hero Analysis here.

Fjorm - Princess of Ice: Renowned as one of the most useful free units released, Fjorm is an excellent candidate for the Tempest Trials thanks to her innate Distant Counter and well-rounded statline. She’s a balanced unit who leans more to defense, and will be very hard to take down. She’s also the best bonus unit to take down Laevatein, the boss of the trials.

For tips and tricks on using Fjorm: Princess of Ice, see her Hero Analysis here.

Eir - Merciful Death: Last but certainly not least, Eir joins the bonus unit gang as a Flier, with exceptional Attack and Speed, she is a devastating sweeper. Even better is her ability to deny follow-up attacks, and restore health to her allies with her Sparking Boost ability

Laevatein is another annoying Tempest Trials boss, coming with Wrathful Staff and the ability to heal allies. She can prove troublesome through her own attacks or by sustaining allies to the extreme. She also has the power to buff her teammates through Earthfire Balm+ and Even Def Wave. The latter means you will likely want to engage her on odd-numbered turns, as her defense is already respectable.

General units that can be built easily and be used to fight most maps reletively well.