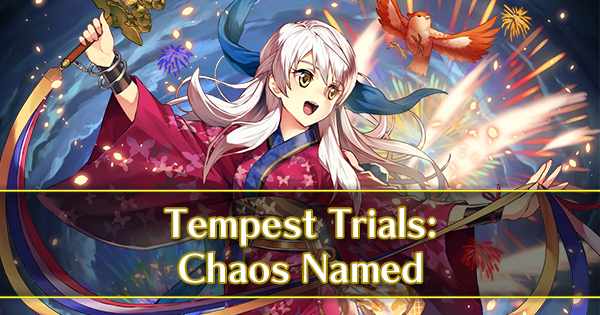 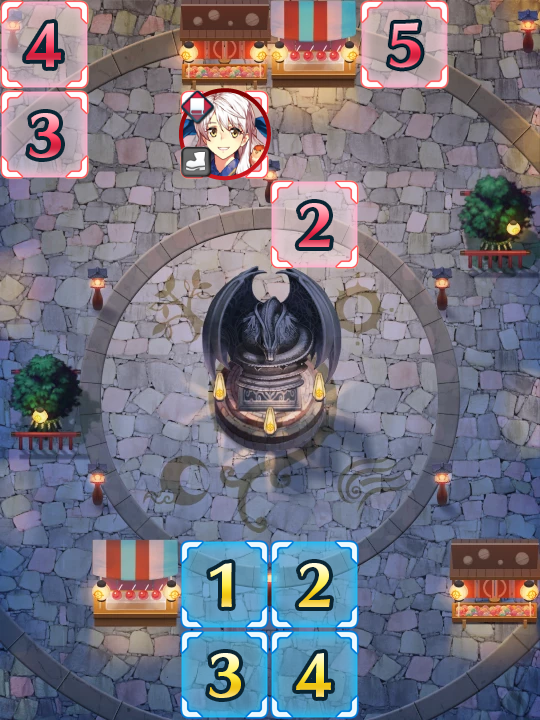 This version of Marth is often dubbed "Masked Marth" and is statistically identical to Lucina: Future Witness. She is one of the best free units available, and although she's useless as Skill Inheritance, is an exceptional fighter when given the chance.

4★ Tobin: The Clueless One

Tobin hasn’t been available for over a year, but returns as a reward in the Tempest Trials. He’s not too useful as Skill Inheritance, but his decent all-round stats and Armorslayer make him a great low-investment anti-armor unit.

Another long-forgotten Tempest Trials reward, Clive is a blue melee cavalry with great physical defense. Clive’s not very useful as Skill Inheritance, but can perform well on cavalry teams as a tank.

One of the strongest units ever released, the Black Knight is a powerful red sword armor. With Alondite, he has a natural Distant Counter to handle ranged foes. He also comes with Black Luna, a three-turn uninheritable Special that ignores a massive 80% of a foe’s Defense and Resistance.

Strong and Tough! Arden’s massive 60 HP, 36 Attack and 41 Defense make him a monstrous armored unit. His unique B slot skill, Follow-Up Ring allows him to attack twice on either phase, despite his low Speed. At four stars, he can be used to give Drive Def to another unit through Skill Inheritance.

Joshua is a red sword-wielding infantry unit known for his well-rounded statline and high Resistance. His unique weapon Audhulma grants him extra Resistance and Special cooldown acceleration. Joshua can also be used to give Windsweep or Close Defense through Skill Inheritance.

There are a few types of builds which can be used to heal teams without using a dedicated healer. The first of these is the “Renewal Medic”, a build type which relies on healing from Renewal and the legendary weapon Falchion. Reciprocal Aid is a must-have skill to ensure clean transferral of health to allies. Forging Falchion increases the healing from this type of build. Marth: Enigmatic Blade is a bonus unit with access to the Falchion.

Lastly, there is the "sustain tank" build. With a cooldown -1 weapon such as a Slaying Axe combined with Steady Breath, Quick Riposte and Aether, a unit can charge and fire off their special every round of combat keeping their health topped up over a long time. Marth: Enigmatic Blade can pull off this kind of build if given a healing Special.

One of the fastest ways to clear the Tempest Trials is with a powerful ranged attacker wielding a Brave Bow or Blade tome. Combined with a buffer or dancer, they can destroy most units in the trials with ease once they are under the Desperation threshold. With so many Fliers as bonus units, it makes great sense to field a team of them.

Micaiah is a unique sort of Tempest Trials boss, threatening teams through her Dance ability more than anything else. Her weapon, the Dawn Suzu, grants her effective damage against Cavalry and Armor, and also prevents Vantage and Desperation from working on her. You'll need a unit with good resistance and enough power to tear through her inflated statline.

Team Statistics
Submit a Team
Nothing but buffs
Submitted by SirTempo

This is my primary team. Only Alfonse has his weapon refined, and it's an Armorsmasher; Alfonse also carries QR. He is supported with Delthea, who can buff both Askr siblings with her tome.

OG Sharena runs Fury and Vantage, while Spring Sharena is there to debuff and runs Renewal AS.

This set allows Leif to fire off an Astra with his first attack every map (after L!Hector's Osta's Pulse) making for easy kills on most non-blue enemies.

This set allows Camilla to destroy any low resistance target she needs to. With tactics buffs and death blow, she ends up decimating almost anyone Lilina style. Like mentioned previously, most other blue mages can do her job just as well, but I prefer flyers for mobility and Guidance.

Hector comes pretty much out of the box able to do whatever he wants, throw on Aether to help with healing or a Glimmer to deal even more damage and you'll be fine.

"Marth" works pretty well as a support healer, granting a buff through Falchion and her C skill, while also functioning pretty well as a healer, though with a high HP unit like Hector, I'm forced to run an HP+5 seal to get him back to full Armored Boots threshold. She also ends up being useful if you encounter any dragons, probably the most useful bonus unit this time around.

This team has ended up being one that can clear the level 40 trials without losing units, and still maintain an S in speed. every unit has a high damage output, letting them all deal with most threats on their own, while Def/Res tactic improve survivability and damage. Leif IMHO is the best red unit to use on any Tempest Trial's team due to his signature ability healing him every round. Allowing him to play recklessly with fury and never worry about the downside. a Blue Bladetome user rounds out weapon triangle and offensive coverage against high defense units, Summer Camilla has great stats, is a flyer that can run Guidance (very helpful for a mixed team) and gets even more benefits out of Tactics buffs. Hector is an outstanding tank that can rarely be doubled, and will severely damage if not kill any non-firesweep unit that engages him, his main threat is Micaiah, as she is both a magic enemy and has armor effectiveness. When used correctly this team should rarely lose a unit or miss out on any score reward. Though not an auto-battle viable team, it makes quick work of level 40 trials.