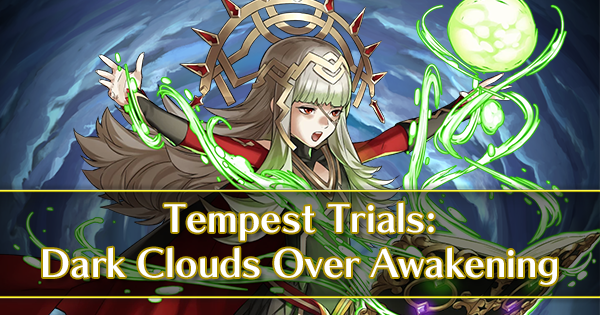 If you include a bonus ally on your team, you can increase your score. If you add multiple bonus allies, only the highest bonus will apply. Bonuses do not stack

A total of 31 orbs can be obtained through the event. 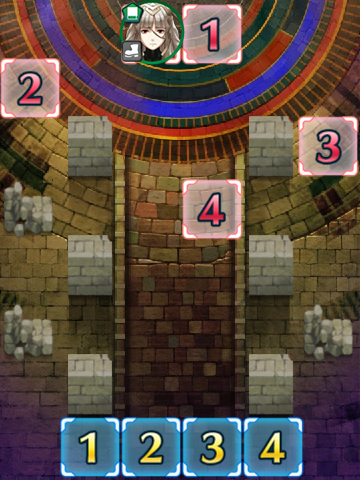 Team is a classic old recipe :

Nino as a widow maker. Blade tomes + multiple buffs (+Speed from Azura, +Res from Lucina, +Atk & +Def from Sharena). She more or less soloed most of the maps

Azura as a red slayer + dancer

Sharena as a tank.

Usually I could go to the end of the trials with this team.
Some wicked arrangements of Veronika's Team needed improvement (Leo + too many reds or Jaffar / Takumi at the same time). But in the end it was quite rare.

Death blow 2 Reinhardt can cheese most every unit sans a few healers, Niles, Felicia, Cecilia, Veronica, and last-map Hector (survives with 9hp) and Soren. I haven't seen an enemy Julia yet, but he can't kill her either.

Freddy(hone horse) + Olivia(dance) are support. They also can tank an attack, slaughter a weak unit, or be sacrificed if needed.

Ninian saves everyone
Submitted by BarbsZah

Overall, Robin serves as a bonus unit and to deal with any archer/dagger user who would 1-hit kill Julia. Xander does the save, and if you use him as a shield to Titania or daggers he will build up Blazing Light to deal a huge damage on Veronica. Ninian is the dancer to make sure everyone stays out of a deadly blow while they charge up their attacks to prepare for the lasts hits. Julia is a blue unit killer all the way, if Reinhardt shows at the right spot, she is perfect to kill him AND charge at least 3/4 of her Dragon Fang, then, just keep her out of neutral units with more speed than her and use her to kill any more blue units (Or Veronica if you get her to max up Dragon Fang)

Can handle any color even beating the last map through all seven stages. Sakura or any mage would have Rehabiltate and that heals the bulk of the tanks, or use Azura for 2x healing. Azura would be the Resistance tank as well as a hone RES in case the Hector/Ike need it. Ike has Quick Riposte (2 or 3) for double damage. He has fairly high speed so he can win most bouts as well as healing himself. Ike gets Reposition and Hector Pivot so they jump over each other if characters need their backs watched.

This team is relatively glassy, so they pack a punch but can't take too many hits themselves. However, with proper positioning and skills that increase mobility, I've managed to get through the 7 stage Lunatic with all four intact until the final round consistently. With Lucina/Robin, you also get the 40% bonus.

Nino and Robin M are there to handle most threats (hopefully in one shot and being able to double), and both have Draw Back. Azura will sing and then whichever mage is attacking can draw her back to safety. After that, you have an additional use of Draw Back from the other mage if necessary. Lucina and even Azura can handle the threats that the mages will die to. Always keep an eye on the danger zone.

I skipped out on the Fury/Desperation build for Nino, and instead gave her Darting Blow/G Tomebreaker/Breath of Life for a pseudo-healing build. She still packs quite the punch with her +atk nature (atk is sitting at 49). Swift Sparrow instead of Darting Blow would be better if you have it. Nino handles most enemies by herself or with Azura's help, but look out for red mages and archers (let Robin deal with those...except for Celica, you'll need Azura or Lucina for that). She is key to killing off all the scary blue enemies that surround Veronica in one hit, including Reinhardt (but be sure you attack him and not the other way around).

Robin M is really only good with Triangle Adept, so make sure he's equipped with that, as he will struggle more against reds and colorless with his lower atk and spd compared to Nino (though he is tankier than her and can survive much more). Keep Bonfire of course. Swordbreaker would also be useful. Robin is best at handling threats like Takumi and Kagero, and with TA takes 0 or very low damage from colorless foes most of the time.

Azura's role here is best as support, but she is capable of doing some serious damage as well when ranged attackers might decimate the health of your mages. My Azura has Fury and Wings of Mercy to up her survivability and mobility. With Nino's healing and her role as support, you shouldn't have to worry too much about her. She takes care of threats like Ryoma and Leo pretty easily as well.

Finally, Lucina. Lucina is your only real chance at slaying Veronica/Hector in one hit, so keep her safe or you won't have a chance at victory. Lucina is also a pseudo-healer that packs a punch, acting as the red sword physical attack counterpart to Nino on this team. She will need Falchion, Reciprocal Aid (what I have) or Ardent Sacrifice, Aether (or your choice of special, but the extra healing is a godsend), Fury, and Renewal. Falchion and Renewal (3 is preferred but 2 works just fine) will give consistent healing that is boosted once in a while by Aether. Not only does this keep her HP up after Fury lowers it, but with Reciprocal Aid/Ardent Sacrifice, she can abuse those heals and transfer them to Nino who can't self-heal (or really anyone else who needs an HP boost when Nino's Breath of Life won't help you). This means that after doing so, since Robin and Nino have such low max HP, she will have to be kept out of the way for a few turns to recover while the mages do most of the heavy lifting.