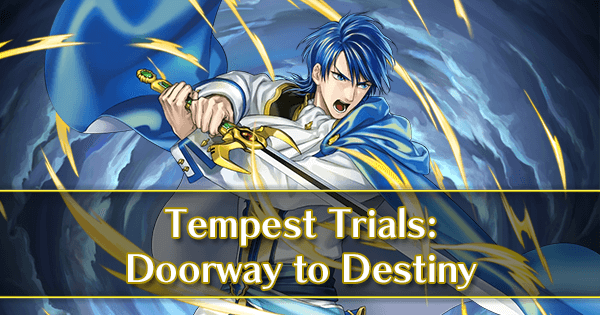 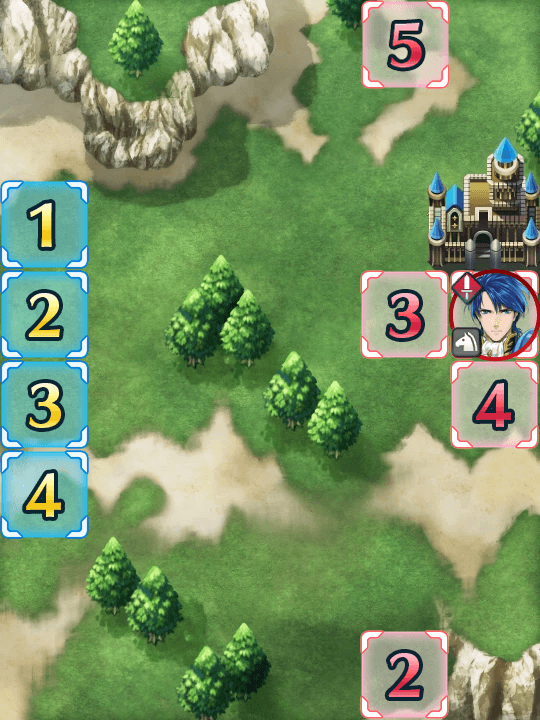 Sigurd's spirited younger sister is the bonus unit from this Tempest Trials+ event. She's a cavalry staff-user, and perfect for supporting teammates. She's usable at four star rarity, or can be promoted and sacrificed through Skill Inheritance to give a unit Spd/Def bond. If you want to read more about Ethlyn, you can do so at her Hero Analysis here.

Blaze Dance is a skill designed specifically for users of Sing/Dance. It allows them to buff units they refresh and at level 3, grants them +4 Attack until the start of the player's next turn. Blaze Dance is a decent skill, best used on offensively-inclined units to boost their damage. However, most Sing/Dance users typically prefer to use a skill such as Wings of Mercy to aid mobility or Quick Riposte to aid combat.

This skill debuffs all foes within two spaces, reducing their Defense by five at max level. It's great for physical tanks and mixed phase units designed to fight and sustain over multiple turns. Threaten Def is a nice way to buff a units' damage without increasing their Attack directly. However, it's limited range and activation timing (being applied at the beginning of the player phase) make it somewhat unwieldy, and units with enough Resistance will generally opt for the Ploy equivalent.

A five-star version of Ethlyn: Spirited Princess. It's highly recommended to use Ethlyn during this event, as she has great synergy with many other bonus units. She can be used or sacrificed through Skill Inheritance to give a unit Spd/Def bond. If you want to read more about Ethlyn, you can do so at her Hero Analysis here.

Arguably the most valuable reward from this event, the Drive Spd seal buffs all allied units within two spaces by three (at max level). It's an incredibly useful support skill best used alongside fast units to turn Speed matchups in their favor. Drive seals tend to be great general-purpose seals when a specific one isn't required. The Drive Spd seal has a max level of two, meaning only one upgrade is needed at the Sacred Seal Forge to max its potential.

Staff-users are highly recommended for all kinds of teams due to their amazing healing potential. They are by far the most reliable and powerful healers available, and can also provide strong chip damage to neutralize strong threats. Ethlyn is a bonus unit who wields a staff, making her an exceptional choice for the Tempest Trials.

These are some of the most potent allies for Tempest Trials, offering both safety and speed to your run. In short, they are great for all the usual reasons, but are affected by their low combat stats, which can hold them back. Due to team limitations, if you choose to field a dancer they must be a respectable combat unit in their own right, with either a full build or something close. Silvia's a bonus unit who can Dance and is highly recommended as a team member.

One of the fastest ways to clear the Tempest Trials is with a powerful ranged attacker wielding a Brave Bow or Blade tome. Combined with a buffer or dancer, they can destroy most units in the trials with ease once they are under the Desperation threshold. Lewyn is the obvious pick, reaching a ridiculous 44 Speed after bonus unit stat increases. Jamke is F2P and is also a great choice, but requires a Brave Bow to reach his full potential.

Sigurd is the equivalent of an impenetrable fortress, with high stats all around and a weapon that cuts off what would be the most obvious way to counter him. His status as a cavalry unit also makes him tough to deal with, due to his boosted mobility. Although Sigurd appears to have low Resistance, his sword the Divine Tyrfing grants him halved incoming damage from mages. And his B slot skill Crusader's Ward reduces subsequent attacks from ranged units by 80%. These skills make Sigurd nearly impossible to take down from range.

Micaiah is a unique sort of Tempest Trials boss, threatening teams through her Dance ability more than anything else. Her weapon, the Dawn Suzu, grants her effective damage against Cavalry and Armor, and also prevents Vantage and Desperation from working on her. You'll need a unit with good resistance and enough power to tear through her inflated statline.

Note: Not recommended for autobattle, but can handle 7-map lunatic.

Sigurd (+1 merge, +def -spd) is the main star, with Deirdre (+atk -def) covering his color disadvantage. Sigurd carries Swap and Ignis, while Deirdre has Luna and Draw Back.

Ethlyn was given Goad Cavalry so she can boost her mounted allies. She kept her base kit otherwise, and was given a Wrathful refine. However, any staff user can do.

Mathilda (+hp -def) is the odd one out, as she doesn't hail from Jugdral, but her main purpose is to lure red magic dealers and to strike at enemy cavalry (including Boss Sigurd) with her effect-refined Ridersbane. She's given Hone Cavalry to boost Sigurd and Ethlyn, and Grani's to shield herself from effective attacks. Special is Dragon Fang.