Tempest Trials - Feud of the Fangs 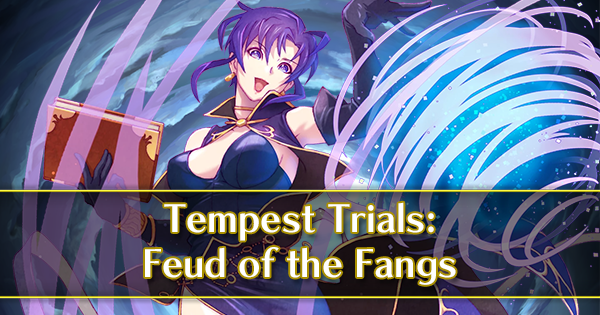 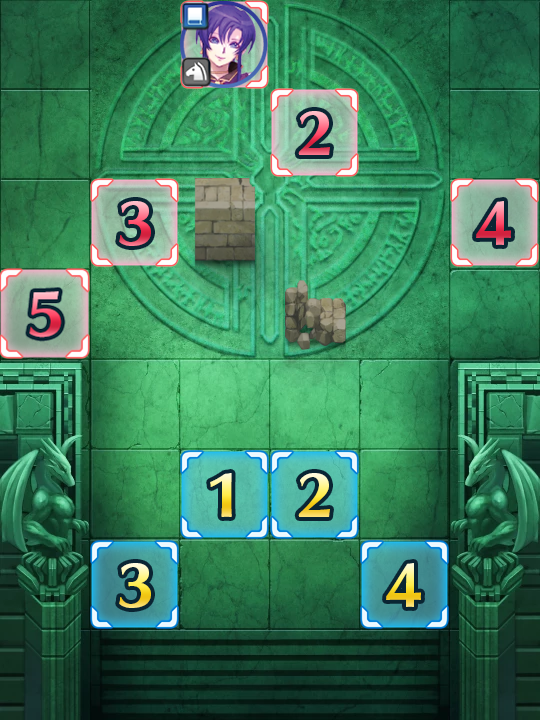 A fan favourite from Fire Emblem: Blazing Sword, Canas is a red mage with substantial magical bulk. He's a great mage tank unit due to his stocky base 33 Resistance. He can make use of a Raven or Owl tome well but is held back by his low Defense and middling Speed, which cannot be improved with a boon. Canas can be used as a bonus unit or sacrificed at 4★ for Res Tactic 3.

This seal lets a staff-user recieve a portion of healing that they grant allies. It's a great skill and can be put to great use in the Tempest Trials as you'll want your healer to sustain themselves as well as others. This skill isn't rare, and can be easily obtained in other ways. Live to Serve being in a Seal slot means that a healer can run Dazzling or Wrathful Staff at the same time.

When given to a dancer, it allows them to grant +5 Defense to the ally they dance that turn. This acts as a sort of pseudo-Rally for units who recieve a Dance. The +5 Bonus is substantial and is a great way to augment Blade tome users who would already be receiving Attack and Speed buffs. Again, it's of great use within the Tempest Trials.

A five-star version of Canas: Seeker of Wisdom. He's a great combat unit but can be sacrificed to give a unit Res Tactic 3, Raudrowl or HP/Res 2.

The second Tactic Seal to be released, Res Tactic gives a +6 buff to allies within two spaces provided there are no more than two units of that movement type on the user's team. The +6 buff is very strong and is often enough to affect the outcome of battles where magical damage is concerned. It's great on Vanguard Ike, letting him use Def and Res Tactic at the same time, for free!

There are a few types of builds which can be used to heal teams without using a dedicated healer. The first of these is the “Renewal Medic”, a build type which relies on healing from Renewal and the legendary weapon Falchion. Reciprocal Aid is a must-have skill to ensure clean transferral of health to allies. Forging Falchion increases the healing from this type of build.

Lastly, there is the "sustain tank" build. With a cooldown -1 weapon such as a Slaying Axe combined with Steady Breath, Quick Riposte and Aether, a unit can charge and fire off their special every round of combat keeping their health topped up over a long time. Linus, Karel and Karla can all pull of this build, but with Noontime and don't require Steady Breath or Quick Riposte.

One of the fastest ways to clear the Tempest Trials is with a powerful ranged attacker wielding a Brave bow or Blade tome. Combined with a buffer or dancer, they can destroy most units in the trials with ease once they are under the Desperation threshold. Nino, Linde, Rhajat, Lilina, Katarina, L'Arachel, Olwen and Brave Lyn are all common choices. Many of the bonus units this time are Sweepers: Both Ninos, Karla and Karel, Legault and Jaffar.

The boss of the Tempest Trials is Ursula, a blue Cavalry mage who wields a Blarwolf tome. This tome grants her effective damage against Cavalry foes, and with her extended attack range and Death Blow, she's a threat to many kinds of units. Full Cavalry teams will have trouble with her as few will be able to withstand her powerful damage. Instead of trying to fight her head-on, its best to let her engage your team and defeat her with a counterattack. She'll also be able to stop units such as Linus, Karel and Karla from gaining Special charges during the fight.

Nino just wrecks everything thanks to the buffs coming from both Ephraim and Lene. With Fury Desperation setup she can even ORKO a full HP Grima on the final map at lunatic 7 maps

Using Lane and the Duo Rally assist skill of Bridal tharja will help Nino take advantage of her weapon and certainly help you through out every wave in Tempest Trials and I recommend doing The Highest Lunatic if you have the right builds on each of your character even if they are not fully upgraded lol one skills will work fine. ALSO ONCE YOU GET EARTH DANCE PUT THAT ON LENE TO INCREASE THE USE OF NINOS WEAPON.

Operation Do Your Best: Tempest Edition
Submitted by SapphireSea

Nino's the main star of this team, with Ephraim to fuel her Gronnblade tome. Lucina's there mainly as a Falchion medic, while Felicia is there to assist in damage dealing.

Both ranged units have Draw Back. The melee units have also seen some fighting, so Nino's not doing it alone. Finally, everyone who could have their weapons refined have effect refinements running.