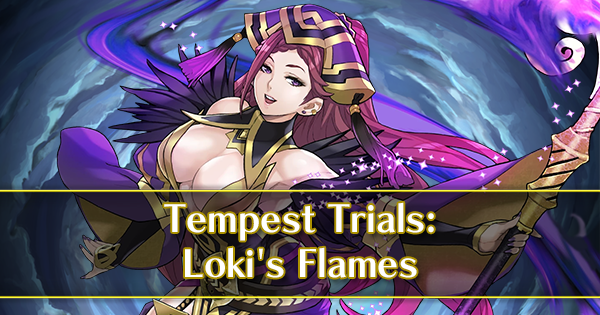 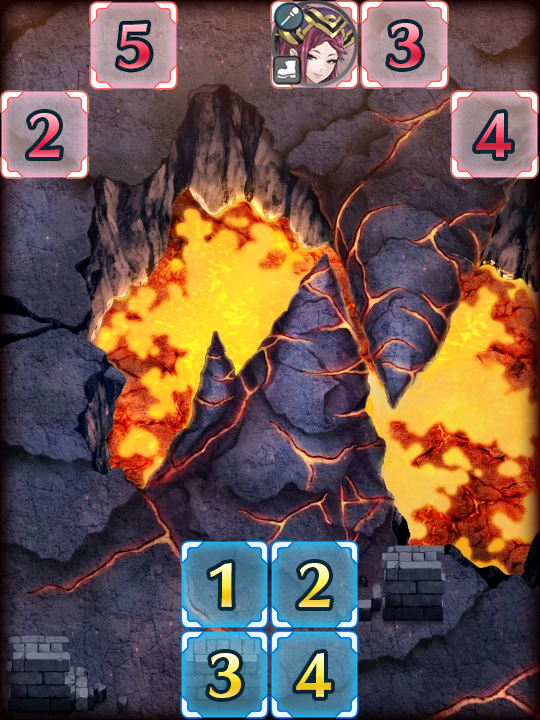 Marth's first (and long-awaited!) alternate form. This version of Marth is a green axe-wielding Cavalry notable for his high Speed and decent Defense. With his base kit, he is a good team support unit thanks to Drive Atk and Ardent Service, a new weapon. It provides the effects of Hone Atk, but also buffs the user. His four star version can be used or sacrificed to give Drive Atk 2 to another unit.

A stat-boosting seal, it caps at level two and raises a unit's Attack and Defense by two. This is currently the biggest overall stat boost available without downsides, and is a good choice for tank-style units who aim to both give and receive heavy damage.

This seal reduces the Speed of all enemies around the target within two spaces by seven after combat, and normally appears in the C slot. Smoke skills can debuff multiple foes at the same time, and are very effective against tight-knit clusters of enemies. Spd Smoke is most useful on offensive-style units looking to double attack more foes, or weaken counterattacks from high-speed enemies.

A five-star version of Marth: Altean Groom. It's recommended for most players to use him as a bonus unit if they can't obtain Sanaki: Apostle in White. Not only is he a great choice for the trials, he can be sacrificed to give his weapon, Ardent Service+ to another axe-wielding unit.

The Flier Formation seal lets a flying-type unit warp adjacent to any unit within two spaces. In this way, a unit with Flier Formation can move greater distances and in much more unpredictable ways. Most flier units will want Attack-boosting or Special-accelerating skills for their seal, but it's great when running full-flier teams. It's a handy skill to have on an Arena defense core, as the movement can catch out unsuspecting players.

There are a few types of builds which can be used to heal teams without using a dedicated healer. The first of these is the “Renewal Medic”, a build type which relies on healing from Renewal and the legendary weapon Falchion. Reciprocal Aid is a must-have skill to ensure clean transferral of health to allies. Forging Falchion increases the healing from this type of build. Marth can run this build by simply inheriting Renewal, and is a bonus ally to boot.

Lastly, there is the "sustain tank" build. With a cooldown -1 weapon such as a Slaying Axe combined with Steady Breath, Quick Riposte and Aether, a unit can charge and fire off their special every round of combat keeping their health topped up over a long time.

These are some of the most potent allies for Tempest Trials, offering both safety and speed to your run. In short, they are great for all the usual reasons, but are affected by their low combat stats, which can hold them back. Due to team limitations, if you choose to field a dancer they must be a respectable combat unit in their own right, with either a full build or something close. Both Ninian and Bridal Ninian are bonus units and are excellent units for the Tempest Trials.

One of the fastest ways to clear the Tempest Trials is with a powerful ranged attacker wielding a Brave bow or Blade tome. Combined with a buffer or dancer, they can destroy most units in the trials with ease once they are under the Desperation threshold. Nino, Linde, Rhajat, Lilina, Katarina, L'Arachel, Olwen and Brave Lyn are all common choices. Bridal Tharja, Tharja, Bridal Sanaki and Sanaki all fulfill the role, although they will need some skill inheritance to reach their max potential. Flier teams are highly recommended if running Bridal Sanaki and Bridal Ninian.

Loki is the boss of the Tempest Trials, and is a formidable foe due to the many effects of her staff, Thokk. She can restrict the movement range of your units, and hits hard and fast due to Wrathful Staff and her high Speed. In addition, she can heal her allies which may prove annoying, especially if the map has been failed a few times already. On higher difficulties, Loki carries Live to Serve, allowing her to heal herself by restoring the HP of allies. For this reason, it's recommended to try and KO her as soon as possible.

using Male corrin's yato effect refine along with the staple Lightning breath combo from Female corrin as well as fortify Dragons from ninian, Kamui (Female Corrin) can tank major hits from all enemies besides julia at the moment. when she's low on health Genny can heal while at a safe distance from the enemy. and while ninian could just be used for singing she can also be used as a tank at times, This Team I have can also clear Infernal 5 so long as you take off genny's gravity.

Sanaki is the magic tank and Gerome is the physical tank. They support each other.

Tharja uses a Darting Blow + Desperation setup. Ephraim is there to act as a buff bot with his refined weapon + Rally Def/Res and Hone Spd giving +14 damage to Tharja's Bladetome. Azura works as she should: give Tharja another chance to nuke another enemy. The healer must be able to keep Tharja alive as much as possible

Two dragons and an apostle
Submitted by SapphireSea

No brides? No problem!

Using standard Sanaki and Ninian as my bonus units. Myrrh is joining so she and Ninian can trade dragon buffs: while Ninian bolsters Myrrh's defenses, Myrrh increases Ninian's offensive capabilities. Sanaki still has her unrefined Cymbeline, while Ninian's breath was switched to Water Breath for enemy phase defense.

Edit: Originally I had rotating healers like in Invisible Ties TT, but seeing how well Maria has worked, I made her role permanent. She runs Wrazzle Dazzle, but I'm emphasizing healing using her Physic+.