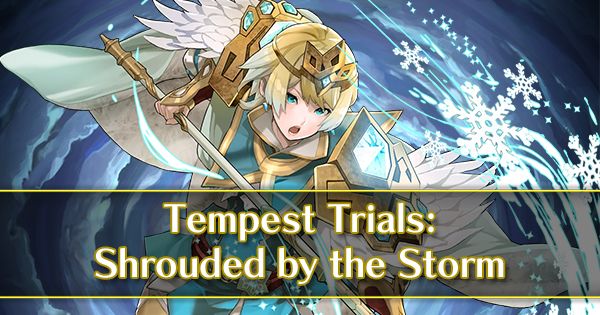 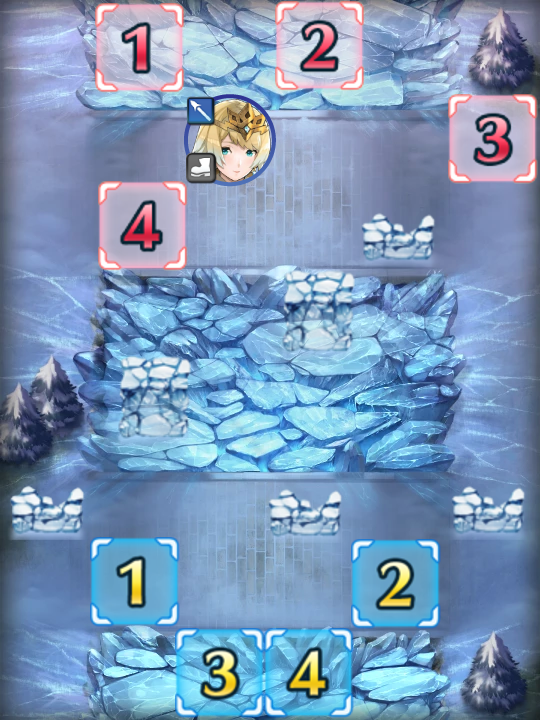 This special event contains a series of maps you must fight your way through from beginning to end. Losing does not mean game over, as you can retry with a second team. At the end of each round, points are received based on clear speed, survivability and bonus units. Your total points are tallied and used to unlock various rewards, many of which are exclusive to the Tempest Trials. Additionally, there is a player ranking with large feather rewards given to those with the highest scores. This event is a Tempest Trials Mini, and has a few differences.

About the Tempest Trials Mini:

All seals can be upgraded within the Sacred Seal Forge to their higher-level counterparts. Orbs, feathers and crystals are awarded up to 50,000 score. Sacred Coins are also available, with the highest tier being 13,750 score. Up to 10,000 feathers can be obtained depending on your score ranking compared to other players.

Thanks to the 2.0 update and forging, Staff-users are stronger than ever and are highly recommended for all kinds of teams. They are by far the most reliable and powerful healers available, and can also provide strong chip damage to neutralize strong threats. However they are not the only option on the table.

There are a few types of builds which can be used to heal teams without using a dedicated healer. The first of these is the “Renewal Medic”, a build type which relies on healing from Renewal and the legendary weapon Falchion. Reciprocal Aid is a must-have skill to ensure clean transferral of health to allies.

Breath of Life is another great skill capable of turning a unit into a substitute healer. With the skill itself and the fully upgraded seal, it’s possible to heal 14 health to allies every attack. Dagger-users have access to a dagger to provide further healing, as does Linde with her unique tome Aura. Reciprocal Aid is a must here too, to ensure that Linde herself can remain sustained. Remember that a dancer can potentially double this healing output.

Lastly, there is the "sustain tank" build. With a cooldown -1 weapon such as a Slaying Axe, Steady Breath, Quick Riposte and Aether, a unit can charge and fire off their special every round of combat keeping their health topped up over a long time. Radiant Ike, and Brave Lucina can both pull this off with their default skills.

One of the fastest ways to clear the Tempest Trials is with a powerful ranged attacker wielding a Brave bow or Blade tome. Combined with a buffer or dancer, they can destroy most units in the trials with ease once they are under the Desperation threshold. Nino, Linde, Rhajat, Tharja, Katarina, L'Arachel, Ursula, Brave Lyn and Reinhardt are all common choices. Gunnthra works just fine with her Blizzard tome, but can be equipped with a Blade tome for increased damage output.

I know the score bonus doesn't stack, but having all of them with the inflated stats is pretty overpowered. Mist is kinda helpful because healer, but I could use Marisa, B!Lucina or NS!Xander instead to get Busted Stats Emblem

Lunatic Grind (some SI recommended for B!Lucina and Lyon)
Submitted by Sckeyth

You can easily beat the LV.40 Lunatic maps with this team if you control the team yourself and the AI can usually clear the LV.35 maps with Auto-Battle (though sometimes the AI feeds your units to enemies and you have to put in a second team).

With no dedicated healer on the team, *Aether* and *Renewal 3* on B!Lucina and *Aether* on B!Ike are important to have.

Lyon can do without the *Atk Smoke 3* and *Reposition* but *Triangle Adept 3* and *Bowbreaker* (2 is enough if you can't afford 3) have proved to be very useful so I recommend giving them to him. *Iceberg* is also nice to have but it can be replaced with some other special.

You are also free to swap around the Sacred Seals to whatever you like as they rarely end up mattering aside from *Quickened Pulse* on B!Ike which allows him to proc *Aether* faster.

Fjorm can easily tank almost everything thanks to the TT buffs and the magic users abundance in this TT. Azura can help as well with buffs and sing. Genny has Razzle Dazzle to provide Gravity+ against multiple enemies or substantial heal with Psychic+. Ayra is... well, Ayra.
IVs (no merges):
Ayra: -HP/+RES
Azura: +Res/-Def
Genny: -SPD/+HP
Fjorm: Neutral which you can get after completing Book 2 Chapter 2

Dem Bois but it's coed
Submitted by KevinIsEpic77

Dorcas best handles a ton of the lance enemies with his amazing kit and quick riposte. Fjorm with a offensive QR set with iceberg and close/distant defense seal helps patch up Dorcas's weaknesses to red units.

Arvis is the passive healer and Ninian is there for dancing.