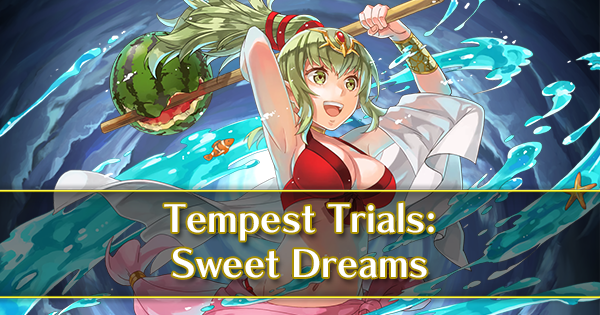 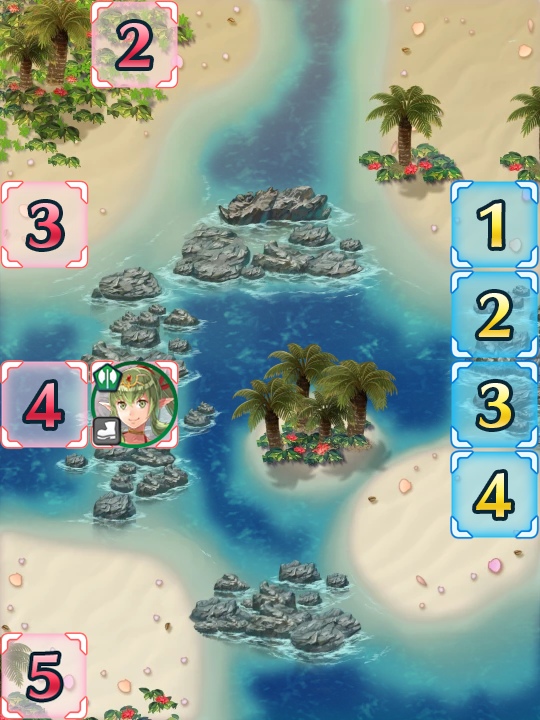 This version of Marth is often dubbed "Masked Marth" and is statistically identical to Lucina: Future Witness. She is one of the best free units available, and although she's useless as Skill Inheritance, is an exceptional fighter when given the chance.

At max level, this seal boosts a unit's HP by four, and their Resistance by two. This stat boost is great for magical tanks such as Julia, Canas, Lute and Deirdre. However, they generally prefer skills such as Quick Riposte to better retaliate against foes and fix their low Speed.

Ploy skills allow a unit to debuff all foes in cardinal directions, provided they have more Resistance than the enemy. Spd Ploy is often used as a poor man's Chill Spd, as it is more difficult to procure and carries an additional requirement.

A five-star version of Marth: Enigmatic Blade. In this form, she has her signature Falchion and is ready to slay dragons and axe-users off the bat. It's highly recommended to use her on your Tempest Trials team due to her status as a bonus unit.

The "Speed" variant of Heavy Blade allows units to charge their Specials faster provided they have more Speed than the enemy. Flashing Blade only works when your unit attacks, but can activate on either combat phase. It's a great seal for fast units who want to initiate and charge longer Specials.

There are a few types of builds which can be used to heal teams without using a dedicated healer. The first of these is the “Renewal Medic”, a build type which relies on healing from Renewal and the legendary weapon Falchion. Reciprocal Aid is a must-have skill to ensure clean transferral of health to allies. Forging Falchion increases the healing from this type of build. Marth: Enigmatic Blade is a bonus unit with access to the Falchion.

Lastly, there is the "sustain tank" build. With a cooldown -1 weapon such as a Slaying Axe combined with Steady Breath, Quick Riposte and Aether, a unit can charge and fire off their special every round of combat keeping their health topped up over a long time. Tiki: Beachside Scion and Marth: Enigmatic Blade can pull off this kind of build if given a healing Special.

One of the fastest ways to clear the Tempest Trials is with a powerful ranged attacker wielding a Brave bow or Blade tome. Combined with a buffer or dancer, they can destroy most units in the trials with ease once they are under the Desperation threshold. With so many Fliers as bonus units, it makes great sense to field a team of them. Summer variants of Camilla, Corrin(F), Tana, Linde and Takumi can all serve as powerful sweepers.

The boss of the Tempest Trials is Tiki: Summering Scion, also known as Adult Summer Tiki. She isn't as much of a pain as previous bosses, and lacks Distant Counter and a powerful Special. Tiki's high Attack and Defense make her a threat to most close-range fighters, and with Distant Def it's better to let her come to you when using melee units.

Team Statistics
Submit a Team
Sweep Away Everything
Submitted by Gaius_is_daddy

This team is good for getting doubles and quickly finishing off the enemy. Although Fallen Robin may not have the best Spd, Vengeful fighter helps makes up for what he lacks in single hit kill capabilities. Fjorm's Ice Mirror also help with magic and projectiles, allowing her to dish out damage to enemy mage, and bow units.

Lifeguard on Duty
Submitted by SapphireSea

This is a 75% Dragon Emblem team. To ensure that there's a source of healing, the other 25% is reserved for a healer.

The main star is Summer Tiki (+res -spd), who is the bonus unit of choice. Update: now that I got QR2, this frees up a seal slot for whatever; gave her Guidance. C skill is Atk Smoke, and special is changed to Ignis. She started with no support skills, but now has Swap, and the other skills are unchanged.

Assisting her is Myrrh (neutral), who carries DC, and thus has the Iote Shield as her seal. She runs QR in her B slot, and keeps her other skills, so she can buff her dragon allies.

Third is Kana (GHB, thus neutral), who kept his base kit, but with BrashDesp, Draw Back, and a +res refine added on to it. He and Tiki are support partners.

The odd one out is Serra (+atk -def), who is a 4*+4 with 5* skills given from a merge. She has her native Absorb+ given a Wrathful refinement, so I'm not afraid to allow her to fight magic users. She even possesses Wings of Mercy to reach her injured allies, a base Atk boost in the A slot for more potency, the special Heavenly Light, and a Breath of Life seal.