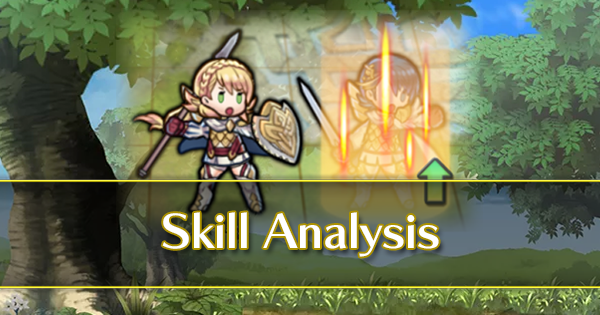 This page lists all the completed analysis for the skills in Fire Emblem: Heroes. These are designed to provide a more in-depth analysis of the skills themselves, without the context of a unit around them. Thanks to skill inheritance, the viability of a unit is largely made or broken by their skill build and the resulting synergy between one skill and another. Analysis of the skills themselves is now a vital element of skill inheritance.

Another thing often missed by analyzing just the units are the weaknesses of the skills themselves. Some builds and characters are notorious within the arena: By describing the weaknesses of each skill, players can understand how to play around the skill itself, regardless of which character it’s on. And this can help players deal with surprising and unusual builds within the arena.

Lastly, while the skill builds listed on each character page show the best overall choices, the reality is that players have limited and unique combinations of resources. These analyses combined with the skill builds on the character pages, will hopefully help players with limited resources find the best build for them, even if it isn’t the absolute best choice.

Laslow and Mordecai team up?
I’m thinking about building Laslow and I think he would work wonders with Mordecai…
First time making my own HM farm
I built up a Navarre a few days ago and was looking at a few HM farm guides on a…
I drew summer Deirdre and Sigurd
I was heavily inspired by @Souljia_Bitch post in the Ideas for the summer banner topic…
Favourite Support Unit?
Two categories: refreshers and everyone else. Go 60 posts - 30…
442 damage with nino
Screenshot_2020-07-03-19-04-28540×960 645 KB 23 posts - 8 participants …
Read More