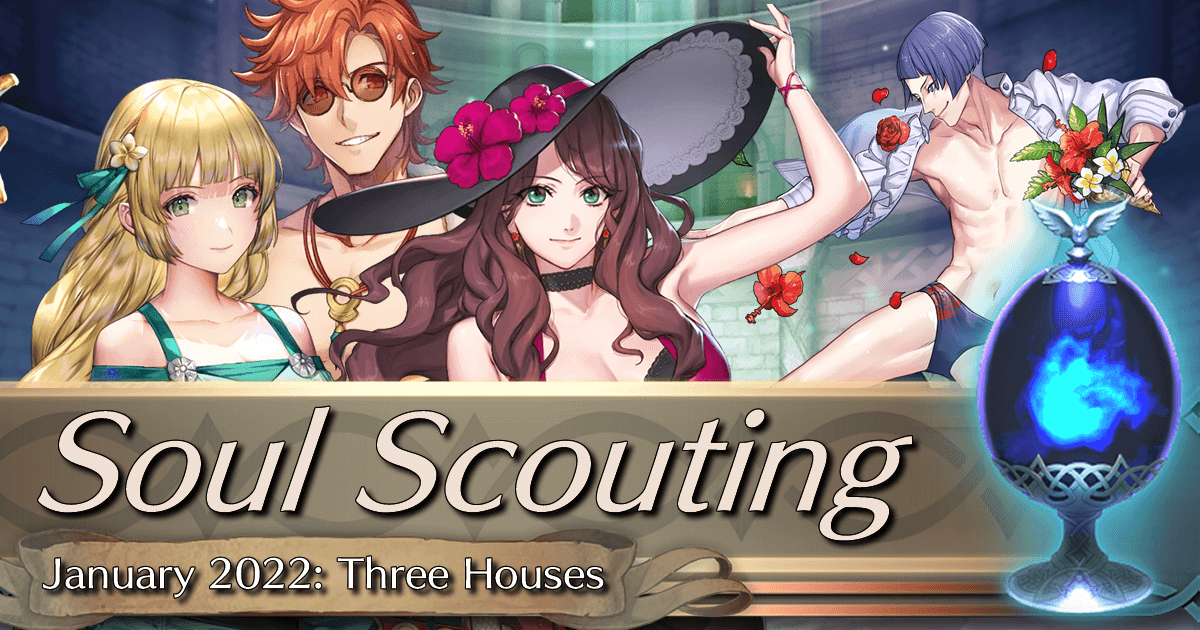 For this iteration of Hall of Forms, we have a variety of summer units from Three Houses. Our options include a Red Tome Infantry, a Lance Flier, a Green Tome Cavalry, and a Colorless Dagger Infantry. Players have the chance to build up and possibly add the following units to their roster permanently by spending a Forma Soul:

Lorenz is purchasable with Heroic Grails, while the other three are normally only obtainable through Special Heroes summons. We will briefly display optimal inheritance options for each unit and the advantages/disadvantages of spending your Forma Soul on them. As Forma Souls take a considerable amount of resources to acquire, it is important to get the most out of your Forma units before purchasing. In general, the Forma available in this Hall of Forms can all be decent units with the right skills, but do not particularly excel in their roles outside of particular niche uses, and are probably not highly valuable to any given player unless they have a strong desire to use that particular character. 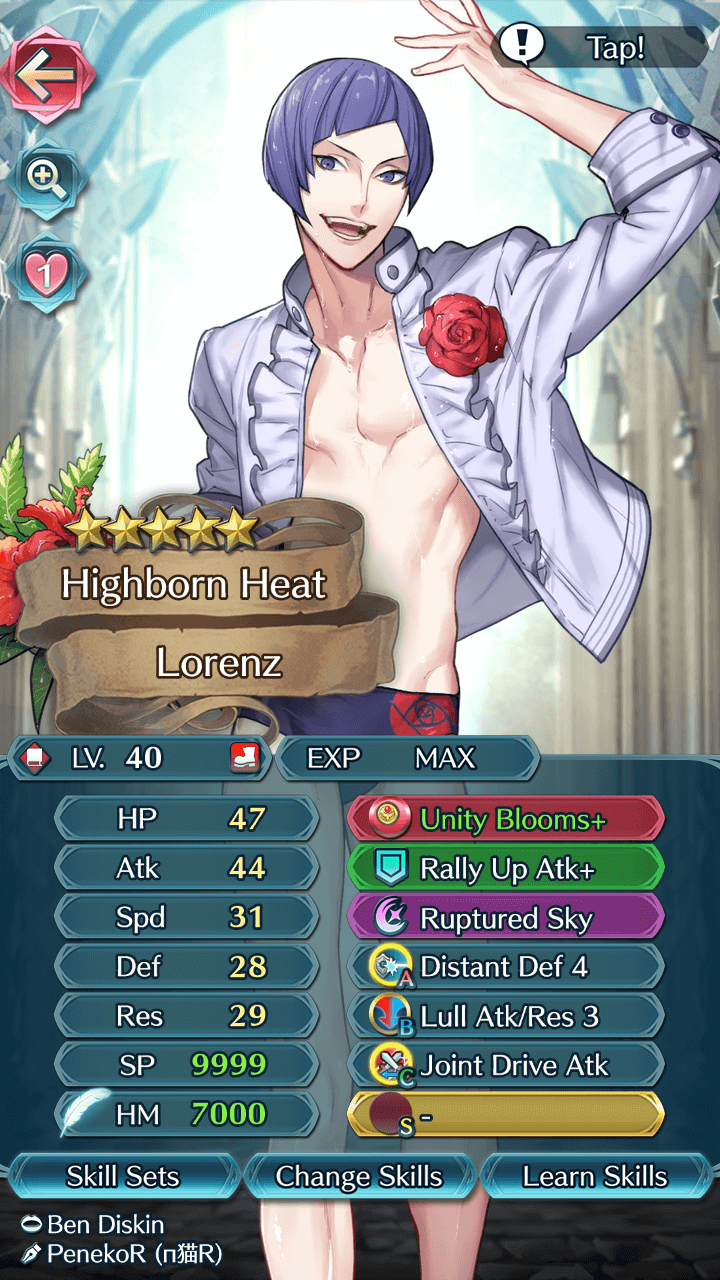 Lorenz is a red tome infantry with no unique skills and a relatively balanced statline. There are many other red tome infantry available both with Heroic Grails, such as Arvis and Pelleas, and from the 3-4 star pool, such as Erk and Miranda, both of whom have noticeably better Atk and Spd than Lorenz. Since he is purchasable using Heroic Grails, he can be merged up to +10 with no reliance on summoning luck, which is an advantage compared to some other units.

Lorenz does not have any skills that set him apart from these other red tome infantry. What he does have is a statline that favors HP and Def more than most mages, making him somewhat better suited for an enemy phase build that focuses on tanking ranged hits. However, the utility of this role is questionable and units of other types (armors in particular) are often better suited to it. Lorenz’s base skills are generally not very useful, so he can benefit significantly from the skills available in Hall of Forms if a player does wish to build him, particularly the tome Unity Blooms+, which is arguably the best inheritable red tome at time of writing and is only available on Valentine’s Henriette. Distant Def 4, Lull Atk/Res, and Joint Dist. Guard are also highly useful skills for this build. 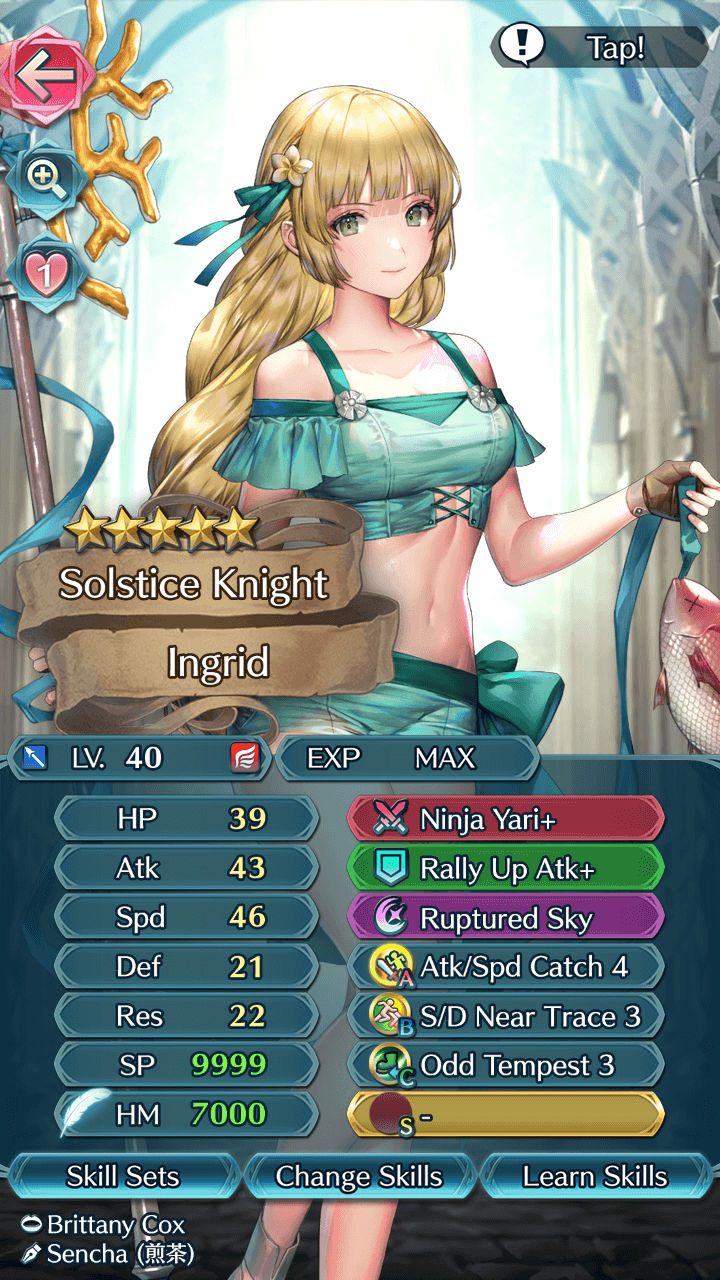 Starpoint Lance gives Ingrid a stat boost of +5 to all stats in her first combat in player phase and in her first combat in enemy phase, as well as restoring 10 HP after combat. This is a decent effect when combined with the damage reduction from Guard Bearing, available in her base kit, but means that her combat performance drops significantly after that one combat. This makes her a somewhat weaker choice compared to units with more potent and consistent player-phase weapons like Erinys or Cordelia. However, Ingrid can still perform well with the right skills, and she benefits greatly from some of the available skills in Hall of Forms, particularly Trace B skills and Tempest C skills, and the Ninja Yari+ or Ninja Naginata+ weapons if the player wishes to build a player-phase Ingrid. Flow Guard is also a highly useful B skill in contexts where Canto is not needed, allowing Ingrid to prevent enemies from blocking her follow-ups while also slowing their Special activation, making her more likely to survive a counterattack. 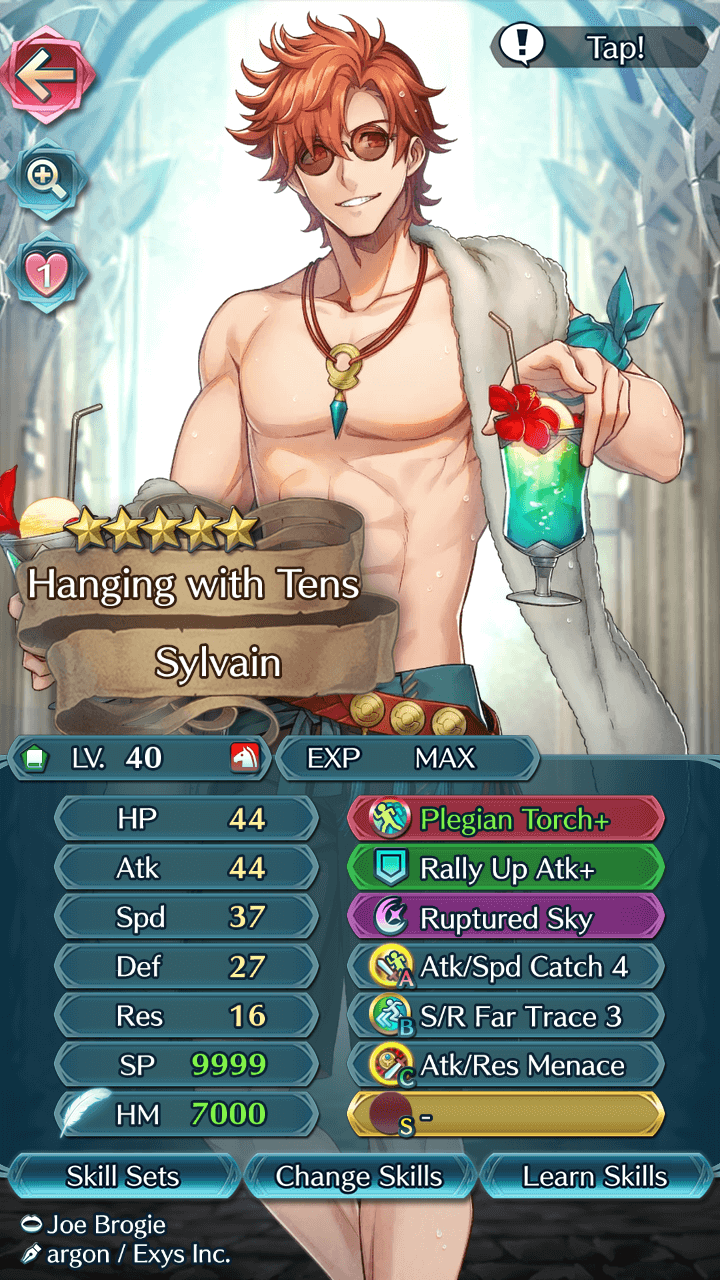 Sylvain is a green tome cavalry, and is available at 4 star rarity as well as 5 star. He does not have any unique non-inheritable skills, so he is distinguished from other green tome cavalry by his statline, which has relatively good Atk and Spd, but not as good as some others like Winter Bernadetta. Sylvain does not offer anything particularly unique, but could be a capable enough unit with the right skills, if the player wants to use him. In particular, he benefits greatly from a Trace B skill and Atk/Spd Catch. Plegian Torch is a good weapon if combined with Atk/Res Menace, but other options like Amity Blooms+ are also competitive. 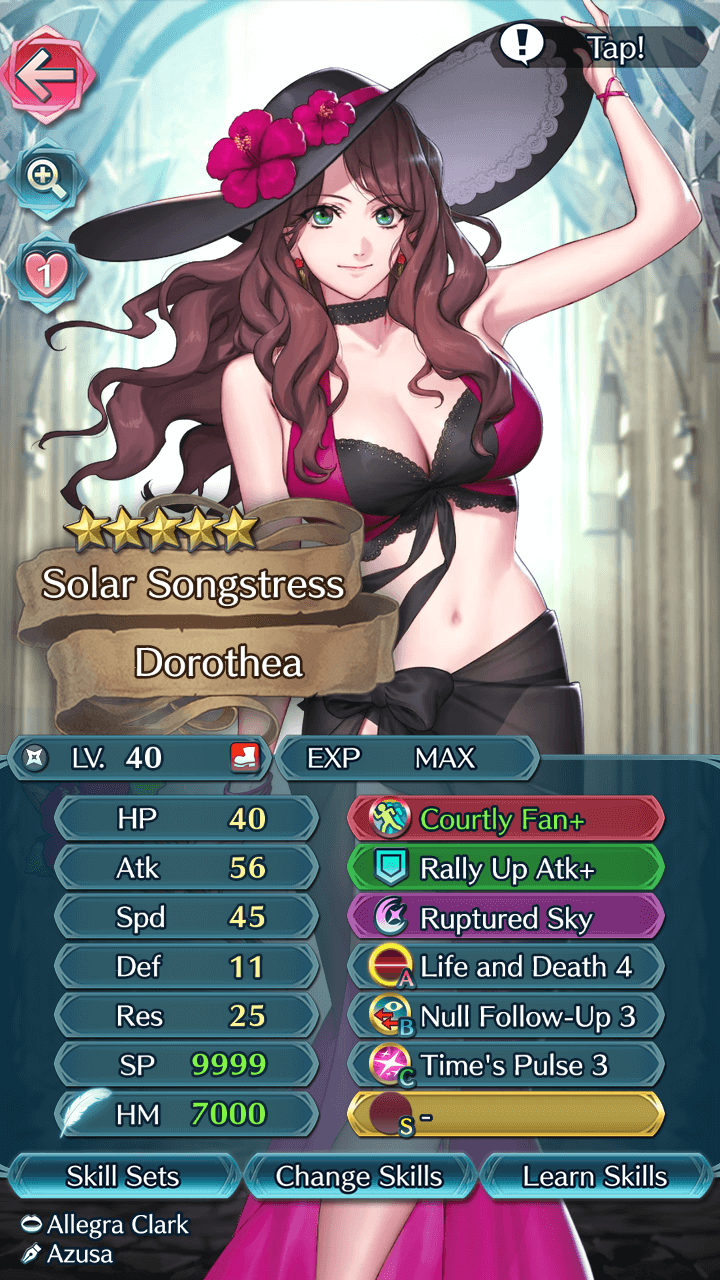 Dorothea is a dagger infantry dancer. She does not have any unique skills but does have access to Dance, making her highly useful in many teams like all dancers. Compared to Tethys, who is available in the 3-4 star common pool, Dorothea has much higher Atk and somewhat lower Def and Res, with an otherwise similar statline. Stat-wise, Tethys is a superior Temari+ user as a support due to her higher Res, while both can use other support effects like Infantry Pulse or Joint Drive Atk equally well. Dorothea can be built as a decent combat unit using skills like Atk/Spd Unity, Courtly Fan+, Windsweep, Time’s Pulse, and Lethality. Windsweep pairs well with Courtly Fan+, but as Windsweep is available on multiple 4 star grail units, it may be more valuable to get a rarer skill such as Null Follow-Up from the Hall of Forms, even though its effect is redundant with Courtly Fan+.

Dorothea is also one of only two dancers available from Fire Emblem Three Houses, with the other being Plegian Dorothea, so some players may wish to obtain her for use in Resonant Battles or Limited Hero Battles. Likewise, she can also be used on a team with Plegian Dorothea, as Summer Dorothea is eligible for Plegian Dorothea’s Harmonized Skill Dance, while most dancers are not. This is essentially an extra free action, which can be highly useful in some contexts like Aether Raids Offense Galeforce. Summer Dorothea is a solid option if a player wishes to build her, but relatively niche in her usage outside of the fact that she is from Three Houses; whether she is worthwhile depends on the player’s priorities and stock of forma souls.