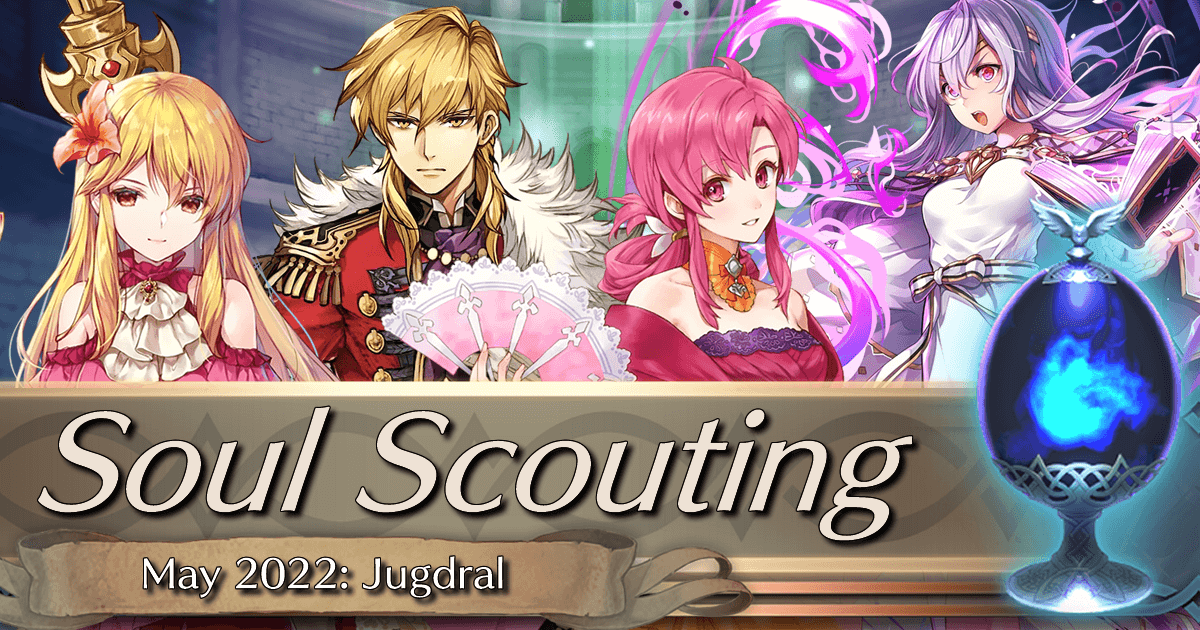 For this iteration of Hall of Forms, we have a variety of units from Genealogy, mostly dancers. Our options include a Red Tome Infantry, a Lance Flier, a Green Dagger Flier, and a Colorless Dagger Flier. Players have the chance to build up and possibly add the following units to their roster permanently by spending a Forma Soul:

Eldigan is purchasable with Heroic Grails, Julia is a Normal Hero, and the other two are only obtainable through Special Heroes summons. We will briefly display optimal inheritance options for each unit and the advantages/disadvantages of spending your Forma Soul on them. As Forma Souls take a considerable amount of resources to acquire, it is important to get the most out of your Forma units before purchasing. In general, Eldigan is probably the most relevant of these Forma for his abilities on Aether Raids defense in Dark season. The other three are solid units that can find some uses but are generally not exceptional. 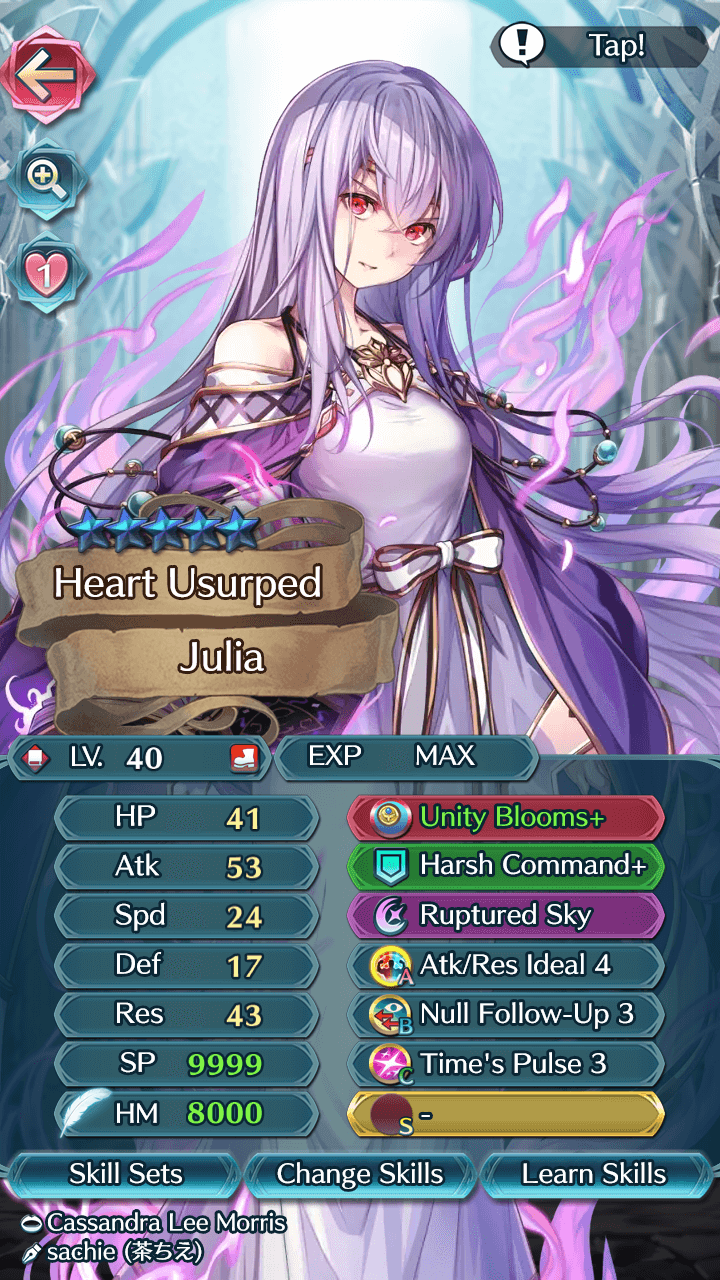 Julia is a red tome infantry with the unique skills Dark Scripture and Light and Dark. Both of these skills are good and generally worth using, but do not need to be obtained from Hall of Forms since Julia gets access to them by default. So Julia’s choice of weapon and B skill are arguably less important than her other skill slots. Julia is a solid unit that does not benefit immensely from the rare skills available on a forma; her base kit provides most of what she needs to perform well. However, there are some better skills available.

Julia can take a skill like Mirror Impact or Atk/Res Ideal for an upgrade on her native Atk/Res Solo, providing more stats under some conditions. Null Follow-Up is a B skill that may have some use for its cancellation of enemy follow-up denial; this allows Dark Scripture’s guaranteed follow-up to work on some foes that it otherwise would not. Time’s Pulse is a useful C skill that charges Julia’s Special by 1 at the start of her turn; other C skills like Joint Drive Atk and Fatal Smoke can also be quite useful depending on context, with no clear best option. 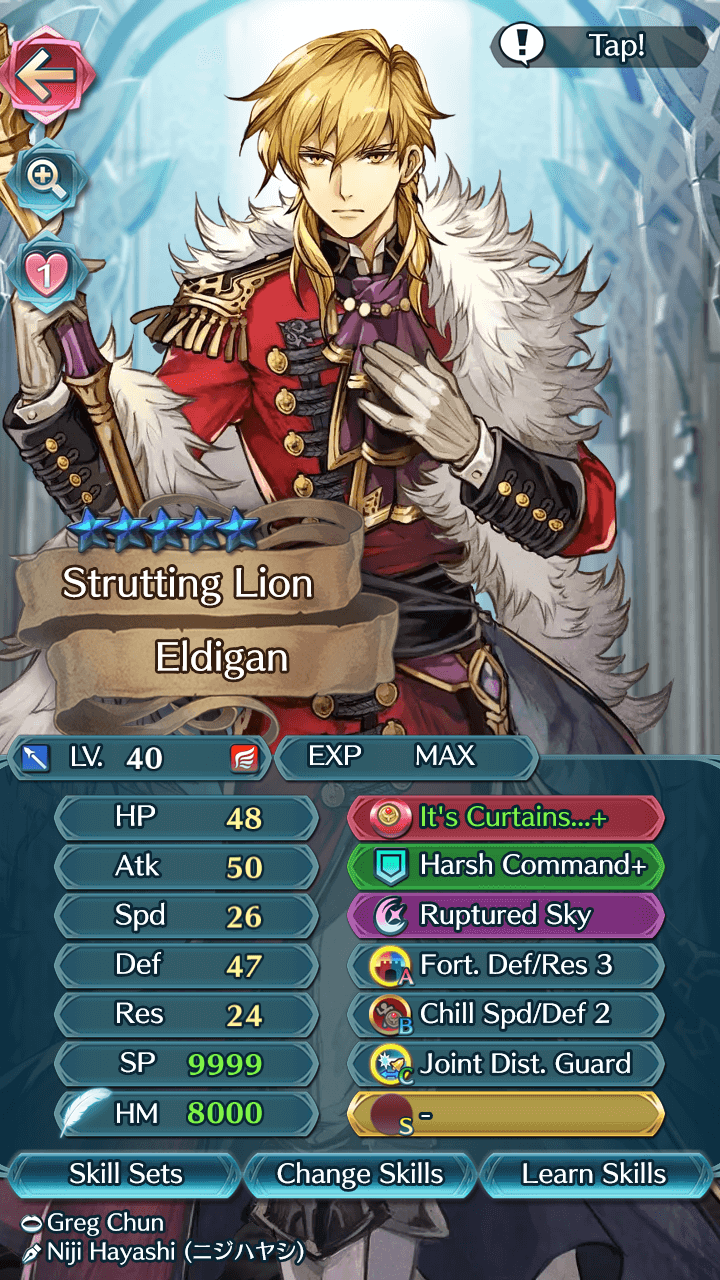 Eldigan is a lance flier dancer with no other unique skills and a noticeably high Def stat, which gives him significant relevance as a dancer on Aether Raids Dark defense teams due to his ability to surpass Mila’s Def and avoid Isolation. Many of his best skill choices stem from this. He also has some relevance as a galeforce dancer in other contexts.

Some of the best skills for Eldigan’s use as a Dark dancer are Wagasa+ and Wings of Mercy, however, these skills are fairly easy to acquire outside of Hall of Forms, being available on a Heroic Grail unit and on several units in the normal summoning pool, respectively. Ground Orders is also a highly useful effect on some teams and worth considering. It’s Curtains…+ is Eldigan’s best weapon for Galeforce; charging his Special by 2 at the start of turn 1. Paired with Quickened Pulse or a similar effect, this can allow him to activate Galeforce after attacking one time if paired with some form of Special acceleration like Heavy Blade or Worldbreaker. Fort. Def/Res 3 is his best A skill as a Dark dancer, but it is only a minor upgrade over Fort. Def 3, providing only a single extra point of Def (along with some other stats, but the Def is by far the most important). A support C skill like Joint Dist. Guard or Joint Drive Atk is great for Dark defense, while options like Atk/Def Rein are great for Galeforce.

Wings of Mercy is Eldigan’s best B skill in most contexts, but some other options like Chill Def/Res can have some relevance on Dark defense for reducing Mila’s Def. In the case that you are running out of units to inherit Wings of Mercy from, picking it up in Hall of Forms may be a good choice. 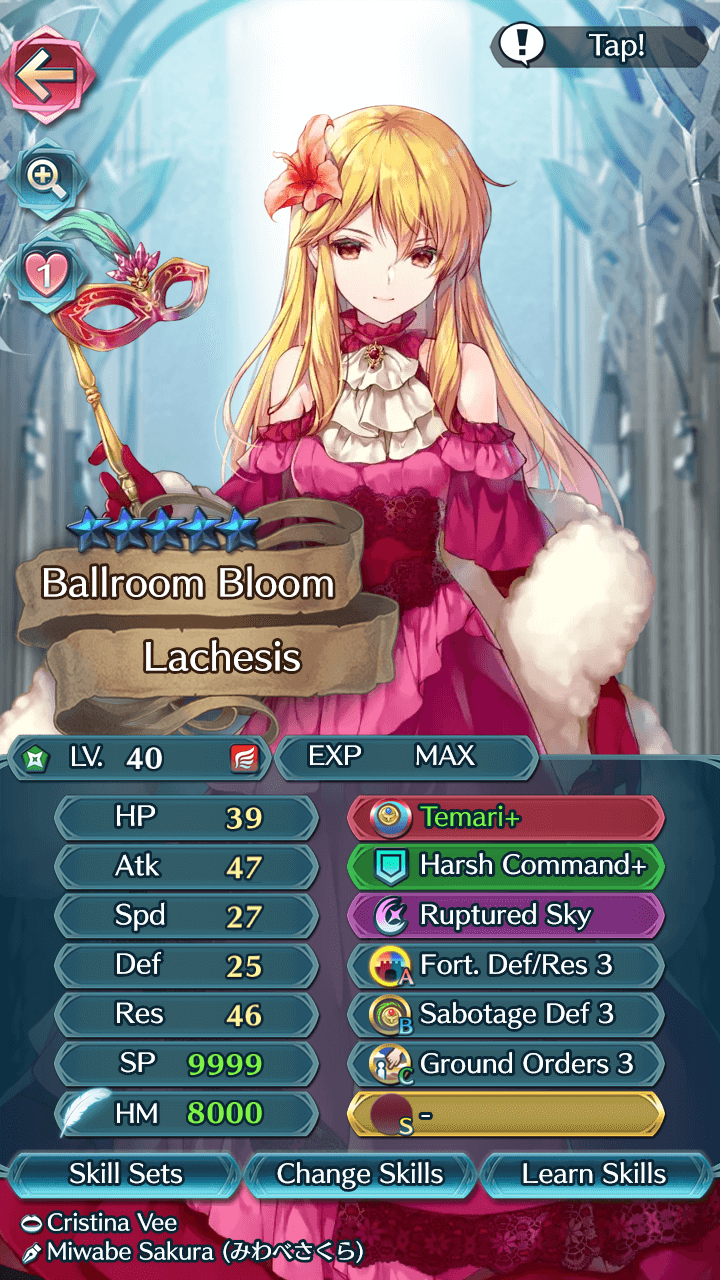 Lachesis is a green dagger flier dancer with no other unique skills. She has a statline with high Atk and Res, decent Spd, and low Def. Her Res can allow her to function as a decent support unit with skills like Temari+ or Sabotage Def, while also providing Dance utility. She can also have decent combat using skills like Courtly Fan+ with Windsweep. 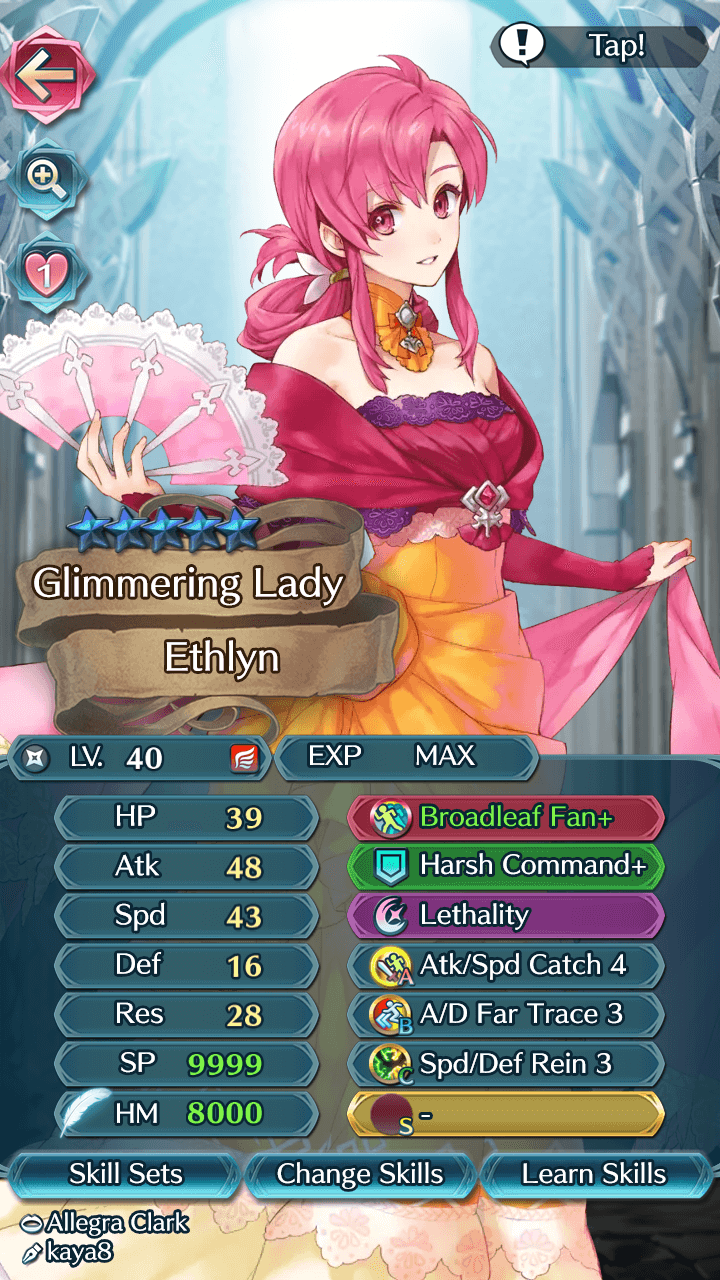 Ethlyn is a colorless dagger flier dancer with no other unique skills. She has good Atk and Spd, which allow her to function as a decent player phase unit. Interestingly, she comes with two of the best skills for this build by default: Courtly Fan+ and Windsweep, so there is no need to obtain those on her Forma. Other daggers like Broadleaf Fan+ and Quick Dagger+ can also be solid options. Ethlyn’s base A skill, AR-D Atk/Spd, is only functional when used on an Aether Raids defense team, so she much appreciates a better option for other modes like Atk/Spd Catch 4.