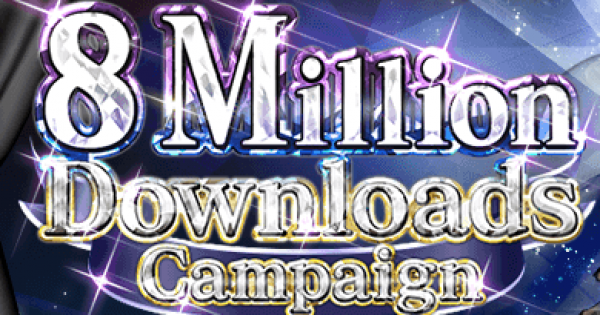 On Saturday, Nov. 2, the official FGO USA twitter announced that FGO NA has crossed 8 million downloads, dropping some preview details about the upcoming 8 Million Downloads Campaign set to begin on Nov. 7 and run until Nov. 20.

Other rewards already mentioned include a set of login bonuses, a 30 Saint Quartz bonus to any Masters who have completed the Final Singularity or complete it during the event, and more.

Other bonuses will likely mirror those from the corresponding JP Campaign, which suggests that Da Vinci's shop will get some new goodies and the return of the standard Increased Super/Great Success chance during Enhancement. Stay tuned for more information to follow!