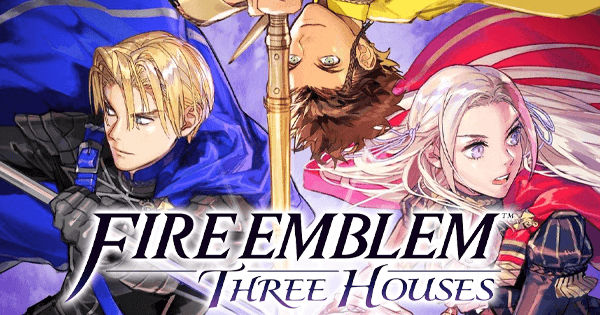 Wave 3 of the DLC for Fire Emblem: Three Houses is here!

Finally, the Dream is Real

Let's not mince words. From Day 1, when Fire Emblem: Three Houses released, the greatest wish and abiding hope of all players has been that the various adorable cats and dogs living in Garreg Mach Monastery would be interactable. Until today, including in previous DLC updates, our expectations have been repeatedly dashed.

But no longer! Wave 3 of the Three Houses DLC launched yesterday evening, and our sweetest animal-loving dreams have come true with several other, less important bonuses like new playable characters and other such irrelevant minutiae. Read below to learn more about the Wave 3 DLC (and the free update) and see community responses!

All players with the full version of Fire Emblem: Three Houses received the following in the update:

Jeritza is now a playable character in the Crimson Flower route

Players with the Expansion Pass received or will additionally receive the following new features:

Anna is now a playable character in all routes

New outfits can be selected from the Journal

Additional quests are available in the Monastery

After completing a specific mission, you can feed the cats and dogs in the Monastery

Naturally, the community is once again thrilled with the DLC's new features.

Sometimes we learn about the real themes of the game...

fire emblem three houses is a game about war pic.twitter.com/GSYzKO2nYT

And sometimes we just resign ourselves to disappointment and crushed expectations.

Some really galaxy brain realizations happening behind the scenes as well.

wait hold on the cats had to get the ore they give you from SOMEWHERE. just imagine the Garreg Mach cats teaming up to take down a demonic beast and then they bring the ore bounty back to the monastery, waiting to exchange it for three servings of fish from a kind passerby

All things considered, yet another satisfying piece of DLC. What do you think? What was your favorite part of the DLC, whether in this wave or from earlier ones? And would you or would you not agree with one GamePress editor who shall not be named in describing Jeritza thus: 'simply a brooding twunk in need of therapy'? Feel free to let us know your thoughts in the comments below!

If you think you've got a great tweet you want featured too, why not send it our way on Twitter?