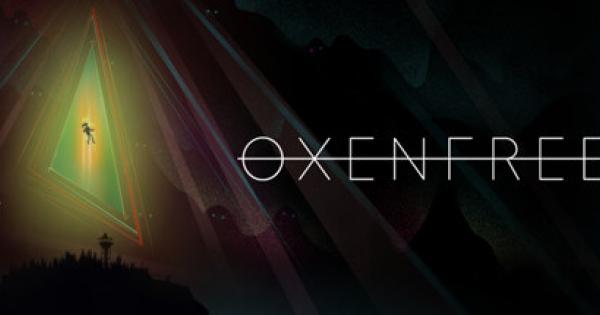 Drawing a line from Oxenfree to any other narrative-heavy game would be a disservice. This beautiful game’s story lies at the meeting point of two lines that basically overlap; time travel and free will. It’s fully voiced and beautifully animated. The game design which supports multiple playthroughs and discovery is at its finest. And most importantly of all, it does the one thing I believe all games need to accomplish, in one way or another. It teaches the player about humanity.

Mechanically, the adventure game has been done over and over again in the same style as Oxenfree. Point-and-click is technically the term for it, but traditionally, those games have taken a much different narrative tone. High fantasy and science fiction games like King’s Quest, Space Quest, and Monkey Island are the framework for Oxenfree to be judged on, which is unfair. The magical realism and nihilism hit a completely different chord, one that resonates within this decade. Life is Strange hits a lot of the same story beats but with an immersive, emotional slant that relies on immersion. 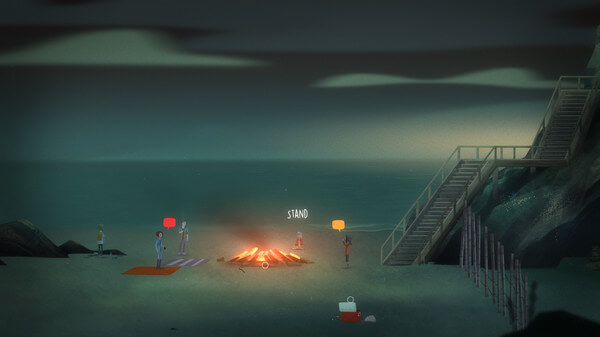 The player's perspective of Oxenfree is special. Instead of exerting control over the direction of the narrative, it’s like weaving a basket. The reeds are put in place meticulously to fold together to form a vessel that closes in on itself. Time loop stories are becoming more common these days in other forms of media and treading some interesting ground. Palm Springs and Russian Doll add humor to the formula, while Oxenfree goes into horror. This adds a level of other-ness that one originator of the idea, Groundhog Day, misses entirely.

Playing Oxenfree feels like shaking a family snowglobe and dropping it on the concrete. The snowglobe doesn’t shatter, but maybe an ornate piece inside shifts uneasily. A sleigh falls from a roof, or a snowman might topple. When the snowglobe is picked up again, it has become the state of it going forward. A floating plastic piece here or there changes nothing about the item itself. The player, the snowglobe holder, can only wonder what it must be like to live frozen in that sphere. In this moment, to sympathize is to be human, but to empathize is to suffer.

I regularly feel myself struggling against the constant flow of time. The dead submariners and Ren and Nona and Alex and Jonas, they get to live forever, don’t they? This fiction reminds us what we have at stake when we are trapped in the past. Literally for the characters, but also literally for the player. Once the credits roll, playing from the start feels somewhat disturbing. Am I torturing them? Or am I helping them feel alive?