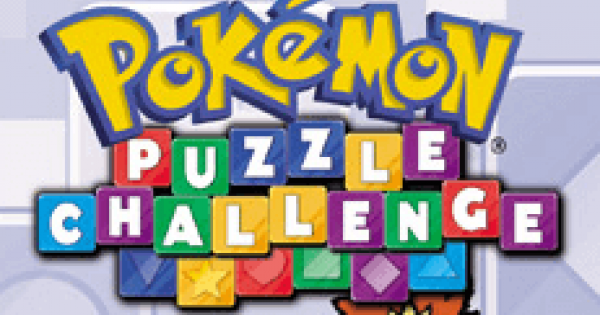 Panel de Pon.  Planet Puzzle League. Dr. Mario & Puzzle League. Tetris Attack. Whatever you want to call it, it’s an addicting game that somehow needs a theme to be marketed. It’s a champion that is hardly remembered for the gameplay, even though it should. Bejeweled be damned, give me a Puzzle League game any day of the week.

Blocks rise from the bottom of the stage in a random assortment of six colors. Swap two adjacent horizontal blocks to match three or more. Then, combo the block clears so that more block clears are achieved through falling blocks. Swap falling blocks out of mid-air if your timing is good enough! Tensions rise as garbage, solid chunks that require an adjacent block clear to reveal the colored blocks underneath, falls. Large block clears and combos generate garbage for your opponent in the competitive mode, in which the Pokemon variants are built around. The implementation leaves a lot to be desired; catching Pokemon can be done a few times if you’re lucky. You’ll beat the campaign in under 30 minutes, rinse and repeat to unlock all the challenges.

The puzzle mode in Pokemon Puzzle Challenge is my personal favorite. Puzzle games offer inherent challenges, and the resulting solution feels great. Tetris exemplified this the earliest with the invention of the line clear. Doubling over that, to get a Tetris is to get the maximum amount of line clears out of one piece, which results in the maximum amount of delight. 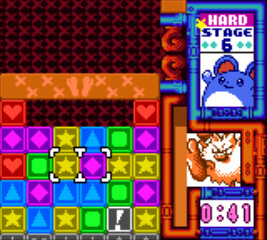 Iterations of Tetris that introduce the hold button and fast fall augment this ability, but Puzzle League games combine this input skill. On the highest difficulty, it’s a race against the clock to get any clear at all. Once one clear happens, time freezes, and you can think. Solve the puzzle in suspense, and pray to your Pokemon overlord that you had enough forethought to line up that combo.

Pure fun is watching a player action change a game state dramatically. Causing these changes can be as simple as a rotation, but for the fun to emerge, there has to be more than a Pokemon veneer. There has to be an appreciation for cause and effect. The game contains pattern recognition that exponentially increases. That moment of cognizance is filled with bells and whistles at a game’s brightest moment, and in this particular case, a cute Chikorita sound clip plus animation as well.

The world could use a bit of bell and whistle right now. Watching a pretty light flash and using brainpower to craft quick logic satisfies my desire for conscious thought when I choose not to direct it constructively. This is self-care for me, a person who takes games as seriously as I do. Pokemon Puzzle Challenge is meditation.