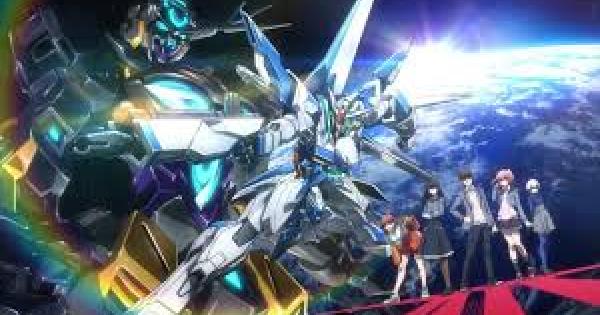 If you’ve been playing Gundam Battle Gunpla Warfare (or Gundam Breaker Mobile as it’s known in the JP version), you’ve likely heard of GunbreMax – one of the most prolific youtubers for the JP version of the game, and a big fan of the Gundam franchise!

We’ve gotten the chance to work a bit with GunbreMax over the last few weeks and we wanted to bring you an exclusive interview where we talk about this awesome game we all love, and what we want to see come from it in the future.

Gundam Battle Gunpla Warfare is our first opportunity in the West to really play a Gundam-based game on mobile (or on anything I believe). Personally, I’ve been into Gundam since watching Gundam Wing episodes way back when they were being released regularly. What was the first series or manga that got you into the Gundam franchise?

Firstly, I’d like to express my sincere gratitude to the GamePress staff. I am so happy to have such a great chance to express myself overseas through an interview. Thank you very much.

My first touch to the Gundam franchise was ‘Mobile Suit Gundam: The 08th MS Team’ which I watched with my older brother, and this opportunity led me into Gundams.

Which of the animated series is your favorite and why?

Nothing beats the First ‘Mobile Suit Gundam’ of all the animated series for me.

It is the original and the basis of all the Gundam franchise, and also the apex of production forever.

The cruelty of the war, and the life and death of humanity is realistically described in this series.

More than anything, BGM and the other music in the First series are too fascinating that it doesn’t make me feel that this production was made 40 years ago from today at all!

You’ve built a really enthusiastic network of players globally, and already started hosting competitions where users get to vote on their favorite builds from GBGW. What motivates you to do so much for the Gundam community of players?

I am so loving the gaming system of GBGW.

My first motivation was a small thing, that I just wanted to make and have some connections with the other players loving this app. I started to post videos about this game, hoping it could be a chance for those opportunities.

And then, I’ve noticed that there are also a lot of oversea players enjoying this game. That led me to a big thought that maybe I can connect also with the oversea players.

Meanwhile, met many friends, and I started to love more of GBGW, including the players.

It is not just myself, my friends my comrades, are a huge motivator and the supporters of GunbreMAX. Therefore, I am able to enjoy this from many sides thanks to all my followers. Thank you again guys! 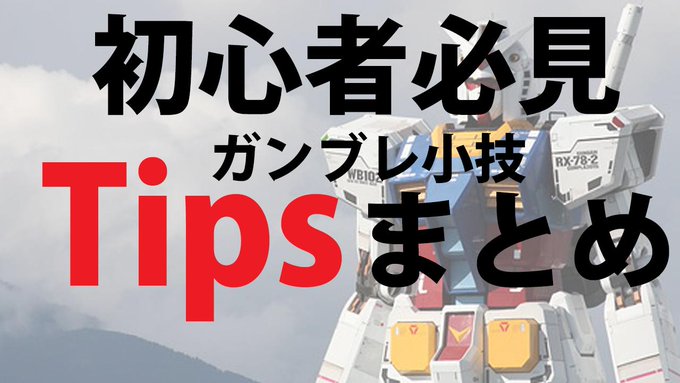 So far in Gundam Battle Gunpla Warfare, we’ve seen a lot of gacha elements to the gameplay. Banners shift every week, and it can be pretty hard without spending money to get some of the top 4 star gear. Still Bandai has recently added opportunities for us to get 10 pulls for limited amounts of time. How do you feel about the current systems for getting gear? Do you think they’re generous or fair? Could they be more generous?

I think the gacha of GBGW is pretty reasonable in price that many players can pull 10-pulls more freely compared with the other Japanese game apps (though I feel the pull rate isn’t nice lol).

Regarding the gear, I personally do not like this system because having the 3-star gear is pretty essential to rank top 100 in arena, which creates a high threshold for the beginners to enjoy. The word-tag system is another important point in order to make stronger builds, but however also being the negative factor leading the uniformity of the build, which is AGAINST the basal concept of this game: enjoy with “Your ULTIMATE Gunpla”. I am strongly dissatisfied with this point and want to emphasize that this is a total mistake made by Bandai.

Now on, I can’t say the game system of GBGW is a good one, compared to the first moments after the release. But still, I am looking forward to the time when I can play with the friends all over the world.

We’ve heard about all sorts of potential new features coming to the game over time. Bandai has been pretty clear that PvP is autonomous for now, but we could potentially see something like true player versus player combat in the future. We also look forward to Big Zam and boss-style battles. What are you looking forward to most? Is there any new features you’d suggest Bandai should create?

Of course, I'm most excited about multi-play.

On the other hand, I also seek some changes in the arena too. For example; can participate only when the word-tag [Mass P.] is activated, limitation of build-cost, etc. These can enable the mobile suits or parts which were out-of-the-spotlight before to be used. I’m looking forward for the additional contents which will require more ideas on building rather than just using major strong parts.

The wide array of parts and pilots (and customization) is one of the other really enjoyable aspects of Gundam Battle Gunpla Warfare. What are some of your favorite pieces of gear and pilots so far?

I like the stocky torso of Kampfer the most! And my favorite pilot is Kou Uraki (though I don’t have it lol)!

The job license system is very clever. It makes it quite hard to make a standard tier list for the best parts in the game. But some of the job licenses seem better than others. For instance, long shooters and mid shooters seem to have the edge when playing the character directly. And support/defender seems to be incredibly good when the AI is playing it as a support Gunpla. (I personally dislike Outfighters because they just aren’t great at anything). What do you think the best and worst job licenses are? Should any of them be improved? Do you think they will add more types?

In the point of making the maximum burst damage in the combat, I’d say In-fighter is the standing out AI above all. As you’ve mentioned, I agree with the point that the shooter-jobs have an irreplaceable potential in extermination in combats. However, the additional effect by limit-break in shooter-job is the increase of reload speed and shooting range, which is not so practical in arena. I would like to request some prop-up for this point.

I think it’s Defender as the worst, from the Ai movements as far as I see lol.

What are the top things you think need to change about Gundam Battle Gunpla Warfare to improve the game?

On this topic, I have posted some videos based on questionnaire and comments from the various users.

More the anything, I strongly think that they should make some improvement on the EN systems. In detail, so far, the way to heal the EN is only able by using Harochips (EN recovery item was given out in a few case, but not constantly). This is pretty a crucial feature for the players who want to play without paying money and I think this is one the reason of the departure of users from this app. Here are the some ideas I have: reduce the consuming EN for each mission, give out more EN recovery items, release the level-cap with enough margin so we can gain more effective level-up EN recovery.

Secondly, the prop-up of the system in gifts box. Selective receiving by providing some check box or so would be nice. Additionally, selective selling, sorting system inside gift box is also what I wish them to improve.

Thirdly, as I’ve said already, about the arena. Adding more challenging requirements in order to keep away the build from the ‘template’ build. I think this could be motivation factor for the free-players or the for-fun players. An arena which literally is enjoyable to anyone.

Next, the pre-set or memory function for your gunpla builds or squads. Re-building and re-painting for every mission or arena or event is such a labor. I bet everybody is also thinking so. I’d ask Bandai Co for pre-set of your favorite build at least.

Lastly, the performance of gacha scenes lol. The screen with blue powder coming into my sight in a second after pulling gacha breaks my heart. I think putting some more performance like rescue performance could make us enjoy more on this.

Is there anything you’d like to promote to our readers? Perhaps the latest contest or one of your videos? I know there’s a long list of big stuff you’re  working on right now, but wasn’t sure how much you were up for sharing!

Of course including the CPWR formula, I have a lot of information I want to share to everyone in the world. I was thinking propose GP to be the first media of making these massive information in public as an exclusive breaking news. This is why I still haven’t shared the data to others even though it was completed in Japanese version. I was waiting for the English transcription to be done.

That breaking news is that our Japanese γ team have revealed the damage formula for normal combat damage! This report is the fruits of labor by our Japanese members, verified with investigation over investigation, all data obtained by actual measurement,  supported by a lot of cooperators. Some fellows worked hard on the measurement with a reasonable amount of data, other fellows kept on calculating in order to estimate and establish the final formula, fellows made a webpage for our database, and other fellows completed the translation from Japanese to English.

This huge report couldn’t be finished without all of those devoted works. So this is really REALLY an important mass-information-database for me.

Just posting and sharing the link of the translated report is still enough to bring me joy.

As a leader of Japanese γ team, it will be more precious than anything, If our work could be a product which could present how much we have worked on with this project with passion for all the GBGW players in the world!!!

Therefore, it will be very thankful if you GP could support our Japanese γ team and we can form a good cooperating relationships between us.

I am looking forward to enjoying GBGW together with GP from now on and so on!

My best regards to GamePress!!

And for the first time ever, GunbreMax and team have released the damage calculator formula, the CPWR formula, and sooo much more! Check the video below for more details!!