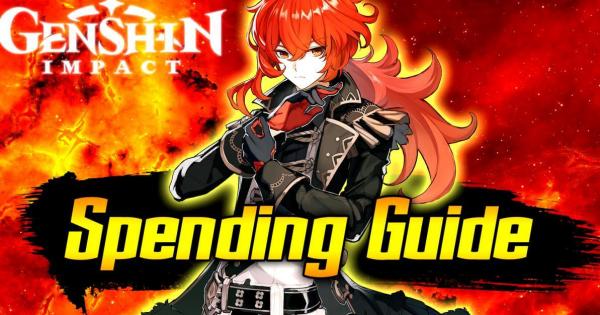 Genshin Impact is the flavour of the month. In fact, Mihoyo’s latest gem has been very popular not just in the Gacha context, but also in the Gaming scene in general with its PS4, PC and Mobile launch. Additionally, a Switch version of the game is expected to release in the future.

The results have been nothing short of incredible, especially considering that while Mobile gamers are mostly used to playing Gacha games with predatory mechanics, people that exclusively play on other platforms generally look at such tactics with disdain.

So, how did Mihoyo pull this off? After playing the game for many hours and getting to AR 38+ as of this writing, the answer has become apparent: Genshin Impact is a genuinely good RPG Open World experience with the Gacha aspect on the side. At least for now.

However, this doesn’t mean that its in-game currency, Primogems are just a plus. They’ll always be the players' main resource to obtain new Characters, so managing them well is essential to enjoy the game in the long term.

This article will provide a few tips about how to manage Primogems, both for F2P players and slightly P2W players. 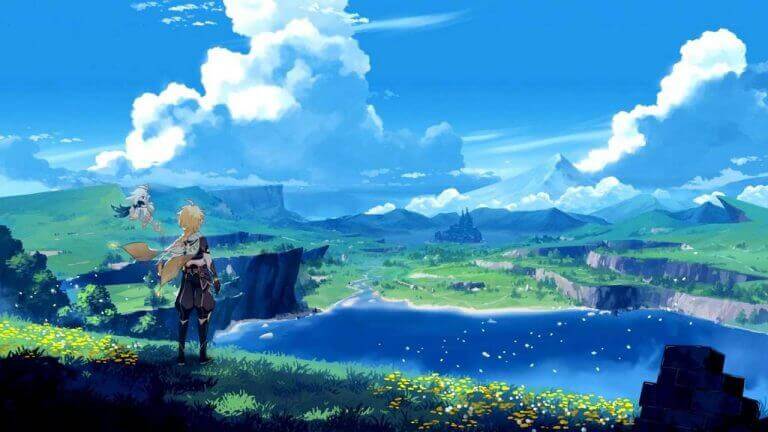 While Genshin Impact’s world is beautiful all around, its Gacha aspect looks quite... grim. Let’s start with the most important thing, the characters’ rates.

There are two different rarities for characters at the moment, 4* and 5*, and both of those are mostly available by doing “Wishes” ( although you unlock some quite good 4* for free by progressing in the game ). Let me be frank, “Wish” is the perfect word to describe Gacha pulls in this game.

Looking at the Character Banners available at the moment, all of them are also filled with weapons, but you surely know that already if you’ve done even a single multi-pull in game. In fact, an enormous 94.3% rate is reserved to 3* Weapons ( which are mostly useless in the long run ), while 5.1% will be your chance to get either a 4* Character or a 4* Weapon, and the chance of getting a 5* Character/Weapon ( or just Character if you pull on the Banner without 5* Weapons ) is a miniscule 0.6%.

Each pull costs either 1 Intertwined Fate ( Rate-Up Banner) or 1 Acquaint Fate (Weapon Banner and General Pool Banner ), or in other words 160 Primogems, which is the amount needed to get either “Fate”. 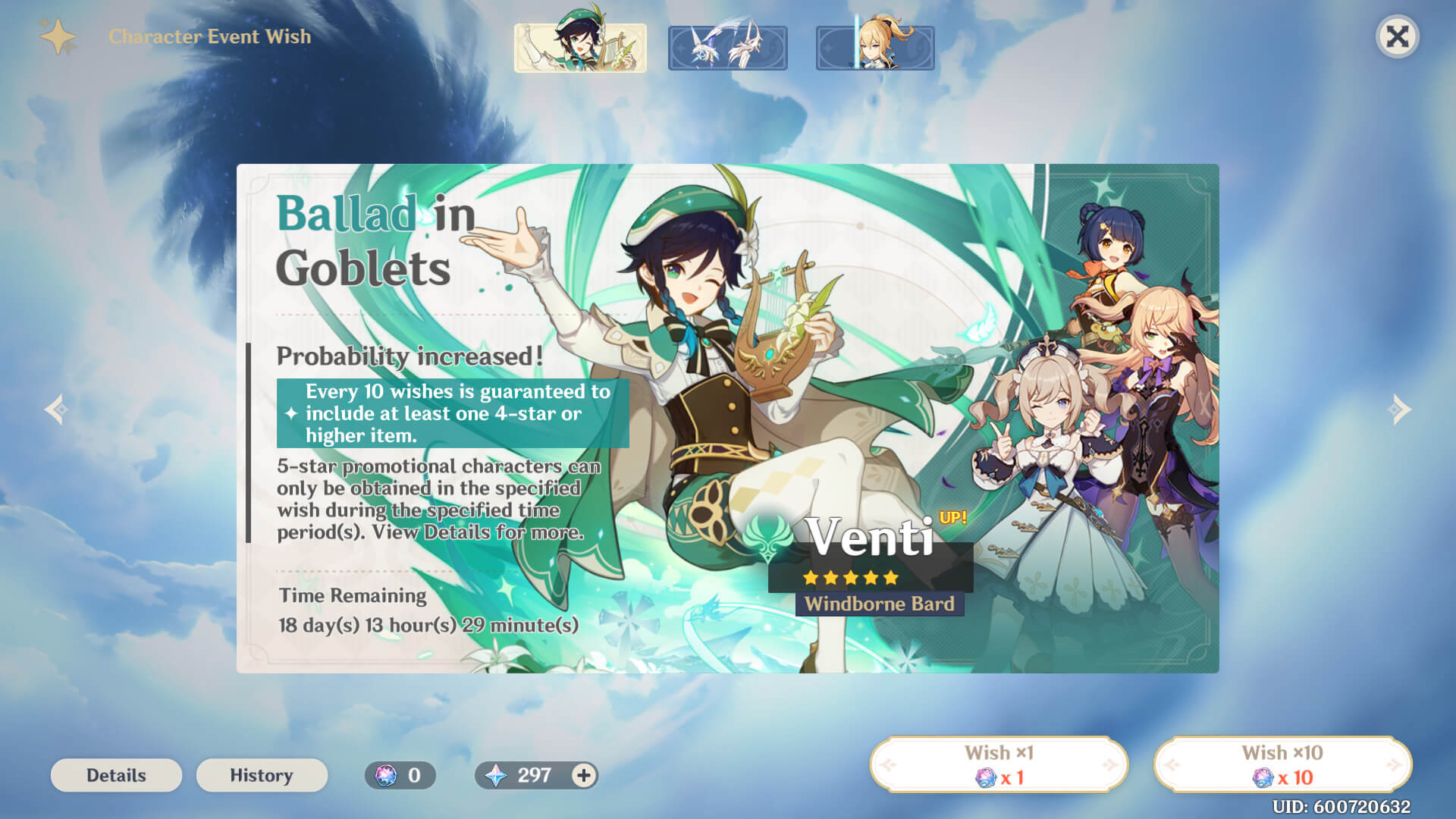 In any case, rates alone never provide the full picture for Gachas, no matter how bad they are, so let’s look into how many Primogems are available to players at the moment.

The outlook varies quite a bit depending on whether you’re fully “F2P” or a “Dolphin”, so these two cases will be analyzed in different paragraphs.

Since Genshin Impact has just launched, it’s hard to specifically predict how generous it’ll be in the future, however there is already a lot of evidence about how much in-game-currency will be distributed freely.

Right off the bat, this Game provides its new players of a lot Primogems and Fates to pull on Banner. In fact, not only at the moment multiple Login Bonuses are available but also the gigantic unexplored world of Genshin Impact is filled with opportunities to get rich ( mostly Chests, Quests, Achievements, Abyss and 1st time completion from Domains and such ).

After reaching the current endgame ( around Adventure Rank 30 at the moment ), F2P players should have enough for 9-10 multipulls in total, which are enough to secure at least 5* Character and quite a few 4* Characters/Weapons.

However, what naturally comes to mind is, how many of these rewards are renewable? At the moment, the only consistent Daily Rewards are given by Commissions, daily objectives that provide 60 Primogems a day, amounting to 1800-1860 Primogems  a month, or in other words, 11 pulls. 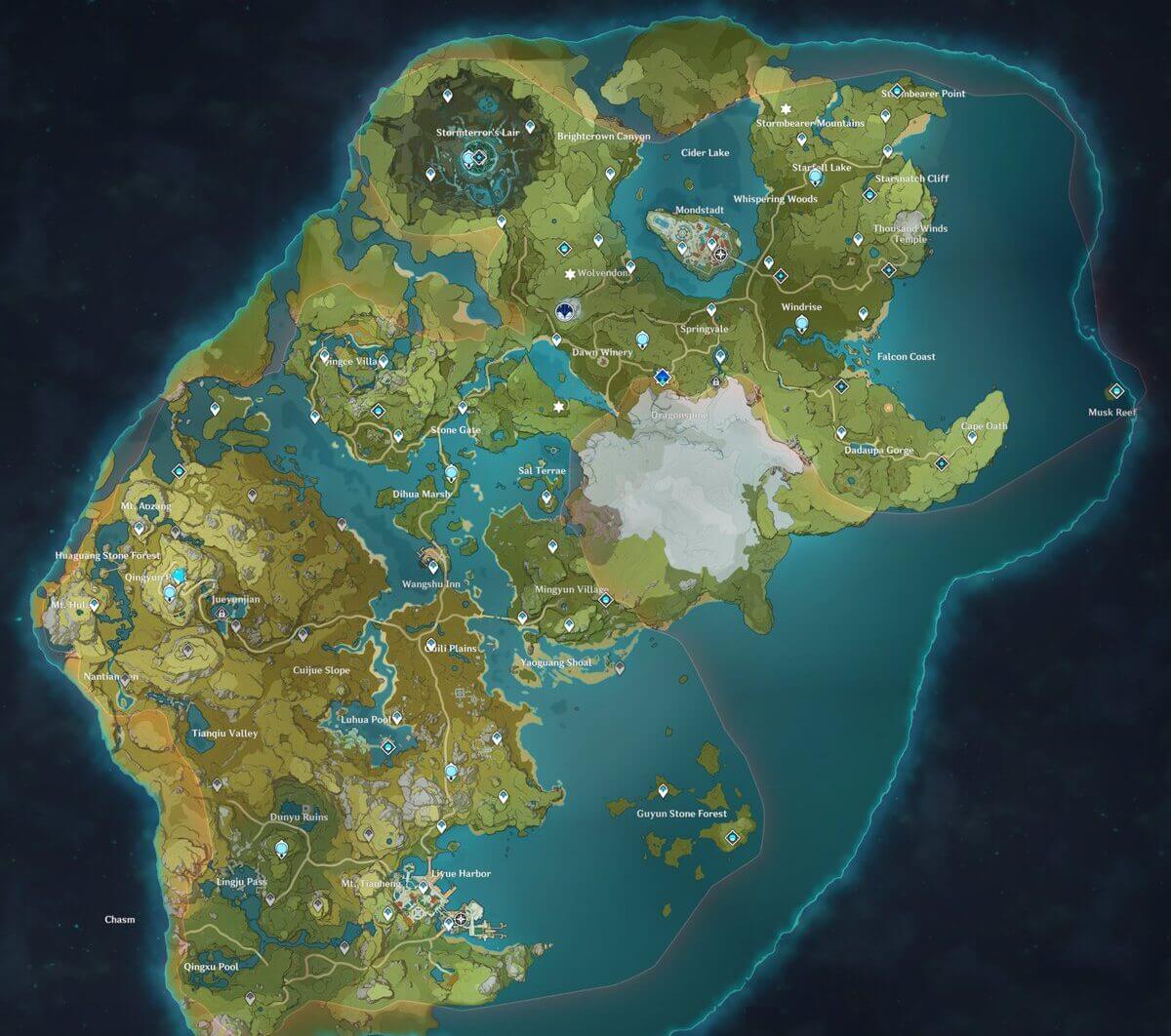 “Wait, that’s it? How can I play a Gacha Game while only being able to do a single multi-pull a month?”

This is the most common feeling resonating throughout the Genshin Impact Community at the moment, however things are most likely better than they look. In fact, there will surely be new Events and Daily Login Bonuses moving forward, as well as new Achievements whenever new content gets released, Abyss Challenges reset (although the first 8 Abss stages sadly don’t ). Also, Chests daily spawn around the map, and while Mihoyo has only talked about Common Chests respawning ( so the ones without Primogems for the most part ), many endgame Players have noticed that Exquisite Chests ( that contain 2-5 Primogems) spawn around the Map too.

Overall, even by being pessimistic it’s hard to expect fewer than 20-30 free pulls a month. Now, let’s use this conservative estimate to think of a possible Spending strategy for F2P Players. As things are now, Rate-Up Banners last 3 weeks, and those are the ones where it’s better to pull on as it’s really easy to get specific characters from there, and they don’t contain 5* weapons. Assuming every Rate-UP Banner will feature a new 5* ( but that’s unlikely ) that’s 3 new 5* every 3 months. At the pace of 30 free pulls a month, F2P Players will have to wait 3 months to get a great chance at pulling a specific 5*, or 6 to have a 100% chance. 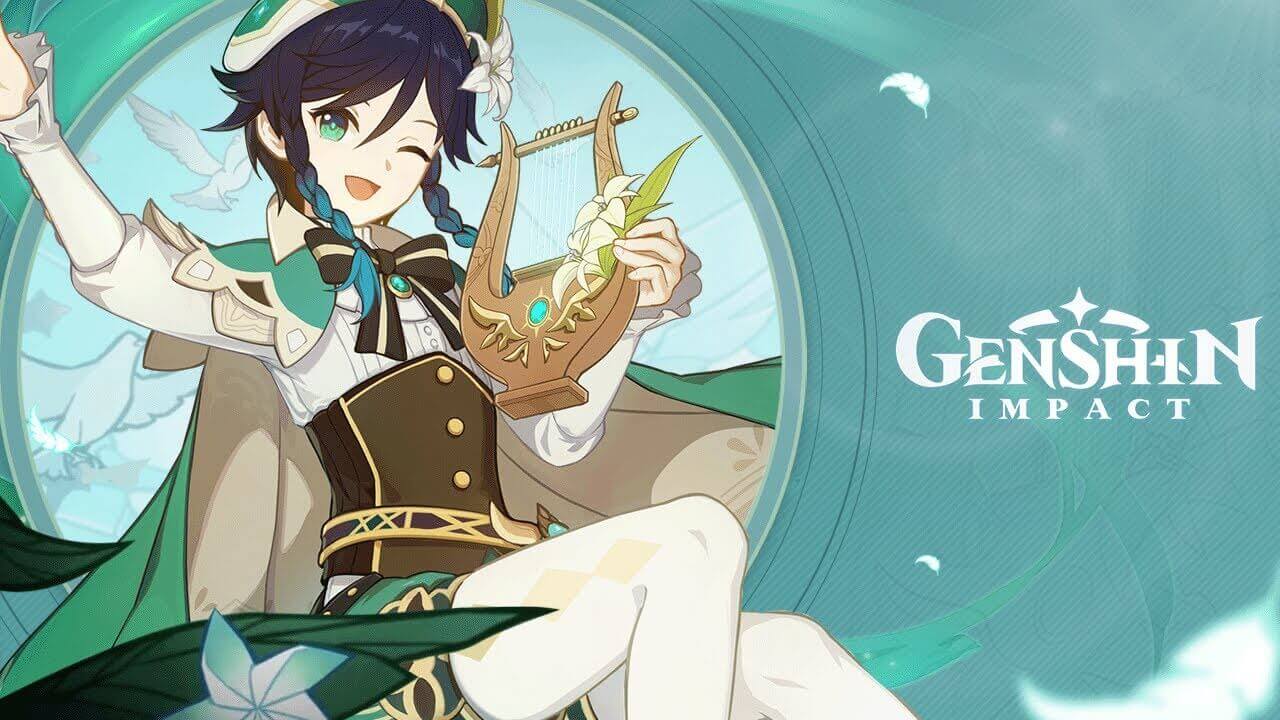 Generally speaking, the pity counter not resetting will help F2P Players a lot, as they won’t be pressured into saving Primogems at all costs, as eventually everybody will surely be able to get at least 5* even by recklessly pulling on every Rate-Up Banner.

Specifically speaking, what’s the best tactic at the moment? The Game provides 1 free 5* ( the main character  )5 free 4* characters at the moment, and two of them ( Xianling and Barbara, but the latter is only free if Adventure Rank 20 is reached before Patch 1.1 hits ) are really good. Also, a free Fischl is coming in the next update, and other than being a very strong character by herself, she synergizes greatly with the 4* previously highlighted. The other 4*, while not being as good as the big 3 in combat, are generally really useful, if not needed, for general exploration.

In short, as things are now players are able to clear basically everything even without looking at the Gacha system. Now, many have been able to easily get 1 or more 5* Characters through Rerolls, but even then, other than Venti none of the currently available 5* is off the charts. So, objectively the best bet for F2P players is to save Primogems at the moment, as there is no way to know what’s in store for the future, meaning there is no way to specifically know how good a particular character will be in future content.

TL;DR F2P Players will have multiple ways to get Primogems in the future, however considering the Gacha aspect of this game isn’t the best, they should save those for great banners/hype characters, as it looks like the Game will steadily provide good enough free characters for progression.

The safest way to spend real money in Genshin Impact is by taking advantage of the really generous monthly and bi-monthly deals the game offers, respectively the “Blessing of the Welkin Moon” and the “Battle Pass”. The former provides players of 300 Genesis Crystals (that they can exchange for 300 Primogems) right off the bat, and 2700 Primogems evenly distributed throughout a month (90 a day) for just 4.99$ a month, while the latter provides , 4 Intertwined Fates and 680 Primogems, and a lot of other useful things for players that pay $9.99 USD and complete all the related missions.

All in all, the total amount of pulls for $15 USD is  27 every 2 months. Even for players that only want to buy the monthly deal, things are looking quite advantageous as they get 19 more pulls a month for 4,99$, an amount that if added to the monthly F2P pulls estimate previously made, amounts to 39-49 Pulls a month, which almost halves the time needed to wait to have a guaranteed 5* compared to F2P players. 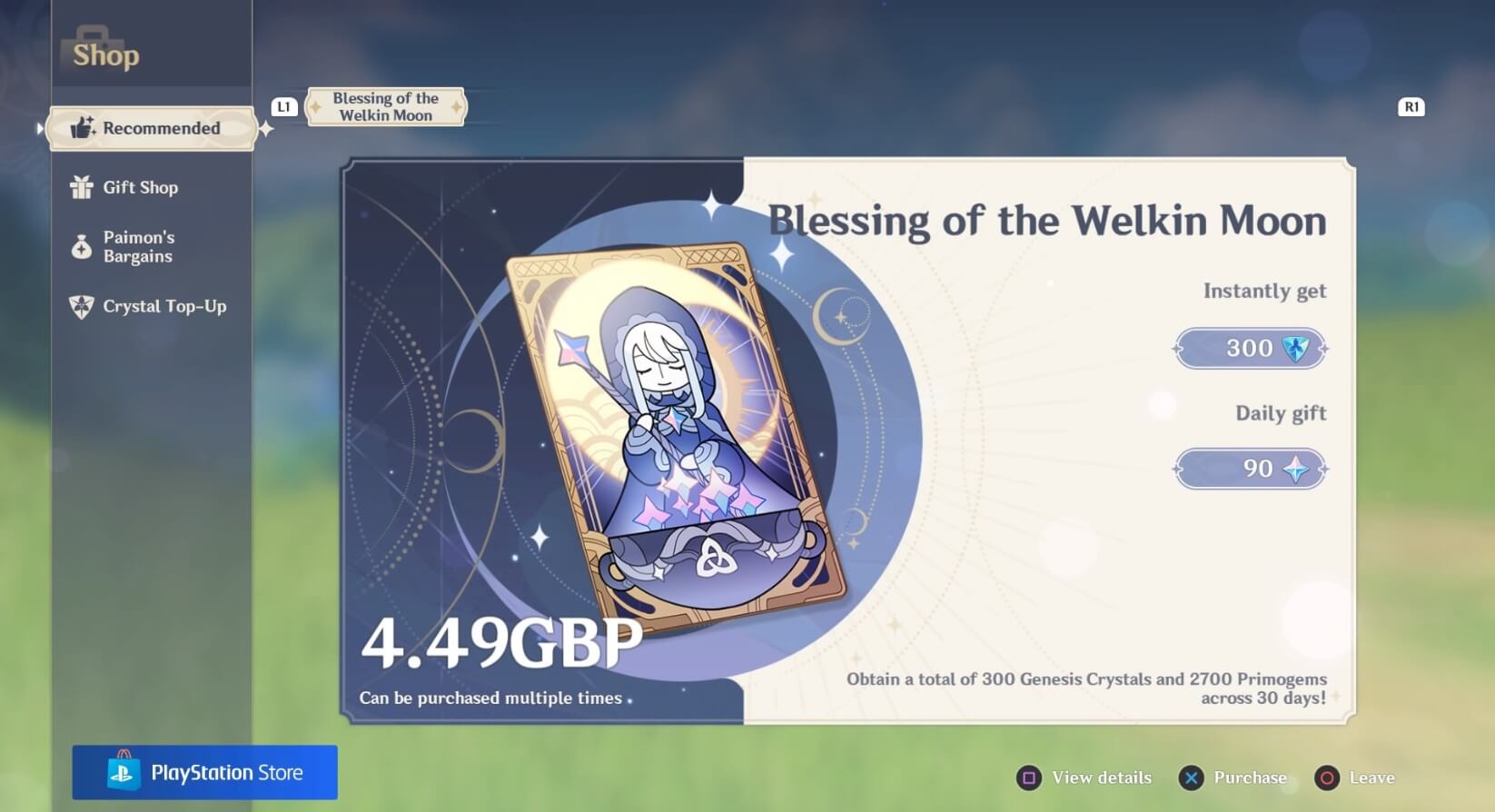 Now, there are obviously other deals, but the interesting part is that they’re so bad, whales will only have a significant advantage over light spenders if they regularly spend thousands. In fact , excluding the first-time bonuses, the cost for a multi in this game is 25-30$ depending on the deal Genesis Crystals pack ( of course, the bigger the pack, the more convenient it is in that regard ), which is a lot, considering how generous the other deals are.

TL;DR Mihoyo probably wants to make it easy for light spenders to have sizeable advantage in-game-currency wise, to generate steady monthly revenue. Light spenders will be able to enjoy the game without being particularly bothered by its predatory aspects.