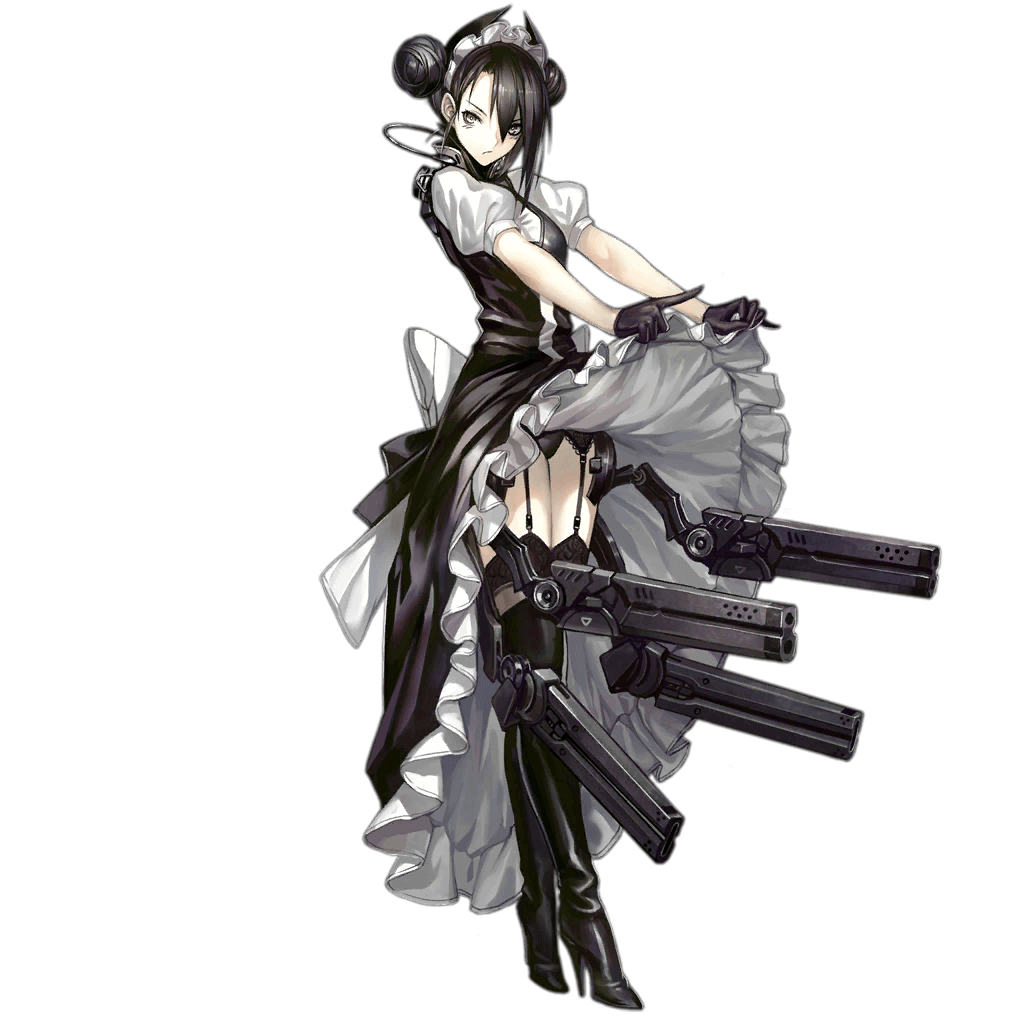 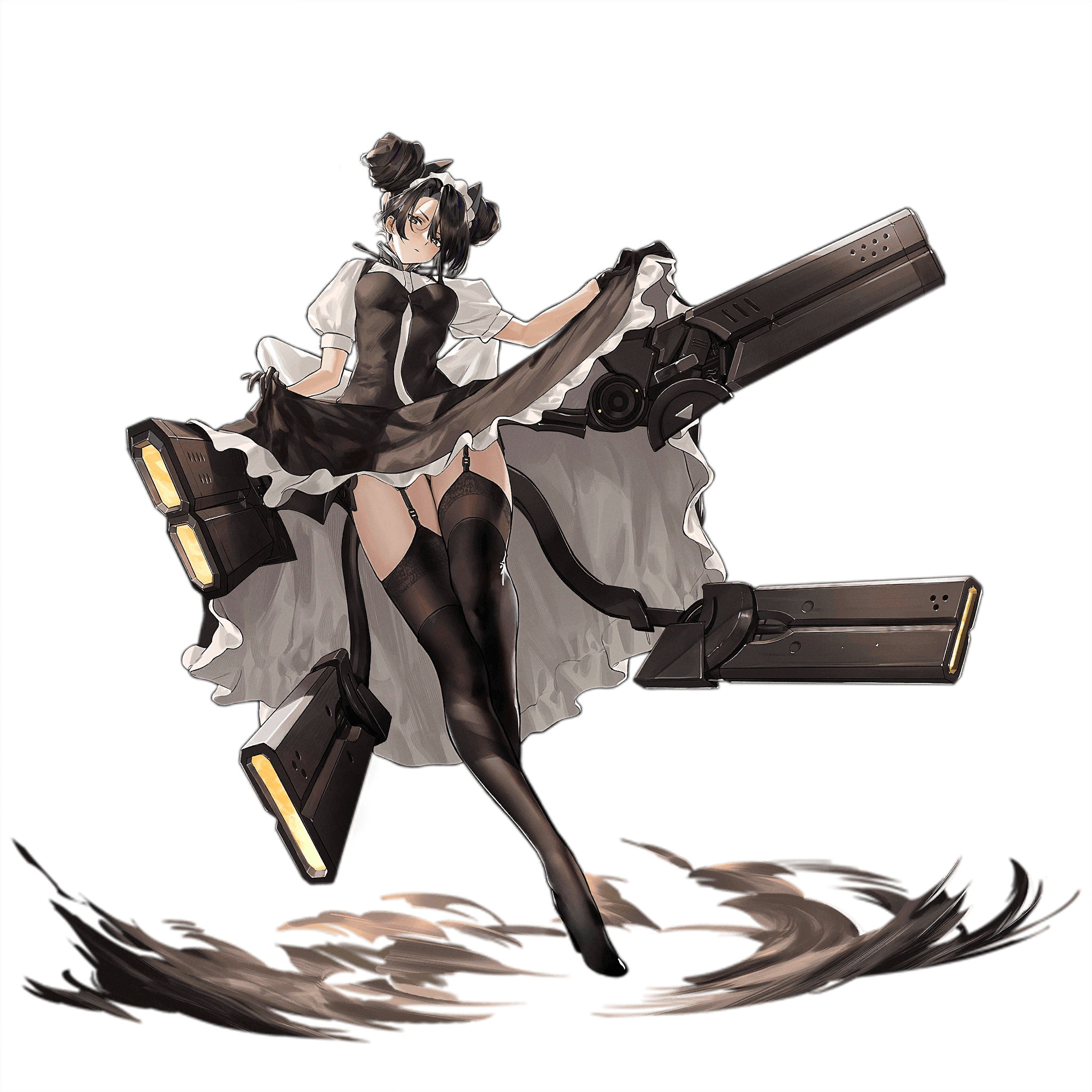 Basically the SF version of a Parachute Fairy, Agent has an undeniable value in being that for Coalition Units, as Parachute Fairies are notoriously hard to acquire (until 2.09 Career Quests give one for free).

That said, her debuff is also higher (60% versus Parachute's 40%), and she struggles a great deal against Armored units. On top of that, her Skill also eats 1 AP, when Parachute's is free of charge. All of these can severely hinder her usability in certain scenarios, where her G&K counterparts wouldn't struggle as hard. Nevertheless, Commanders should definitely roll for her, and not because her Skill 4 is a total nod to what Soul allures below.

To get the big thing out of the way first, Agent acts as a Parachute Fairy for Coalition units, allowing them to leap around the map, provided the skill has reached Level 10. This makes Agent a very powerful pick for almost any Commander. Her Echelon does take debuffs to almost all stats (60% debuffs, in contrast to Parachute Fairy’s 40% at Skill Level 10), and while these can either be worked around, as repeatedly demonstrated in Ranking maps or removed with a quick retreat and redeploy, Agent needs to be more careful when picking her battles after a jump, especially compared to her G&K counterparts. There is an additional Crit Rate and attack Range buff when provided HOC support which is a neat bonus but unlikely to be critical to any strategy.

It’s hard to overstate the value of being able to place an Echelon around the map at will. This helps to cut off enemy spawns, capture Command Posts early, or form Supply Lines. While not a cure-all for Girls’ Frontline problems this does make Agent a very potent utility tool. However certain maps have limits on the total number of Echelons deploy or on the number of Coalition Echelons deployed which can make finding a use for Agent’s map Skill difficult as Commanders need to choose between Agent’s Echelon or a specialized standard Echelon or other useful Dolls, which can undercut Agent’s value.

With that out of the way, Agent’s kit mirrors part of her Boss fight, allowing her to summon clones in front of the Echelon. These clones are capable of attacking and will draw enemy fire. With roughly 130 HP, some Evasion, and 10 Armor, these three clones have some relative survivability, and it is quite possible at least one of them will survive for their full lifetime. While they only inherit 50% (60% at 4 Petals) of Agent’s Damage, this still leaves them with over 400 Base damage, which is still enough to put a dent in most unarmored foes.

With that said, Agent and her clones are going to struggle against Armored targets, as they both inflict 4 hits per attack, dealing 0.25x Damage. Even by Coalition unit standards, this massively impacts Agent’s ability to defeat Armor, provided that her Echelon lacks armor-piercing units, such as Nemeums. Every 5 attacks, she stuns her target for one second and inflicts a bit of vulnerability. These effects are neat to have, but a small stun is unlikely to have much impact, and the Vulnerability might allow something to die very slightly faster, but Agent, her clones, and echelon will probably focus fire the target down regardless.

Agent’s final Skill, Punishment, simply gives a small boost to Damage every time a unit, including reinforcements, dies. While relatively short in duration, an extra bit of Damage is always welcome. It’s also certainly a nod to her maid nature.

Agent does come with one final quirk, that be either help or hindrance. Unlike most coalition units who target the frontline exclusively, she appears to adhere to the same targeting logic and SMGs and HGs, randomly choosing a unit in range, and focusing on that unit, until retargeted. This applies to her clones as well, and can either mean they focus fire on a non-threatening frontline unit, or Agent and company can focus fire on the dangerous backline enemies. Agent herself can be wiggled to retarget if you wish.

As an effective additional Parachute Fairy, Agent’s value is undeniable, but she can be hampered by restrictions placed on Commanders as a whole rather than Agent herself. Nonetheless, she is a worthwhile addition to a roster to either shore up a lack of Fairies and offers additional options with Coalition units.