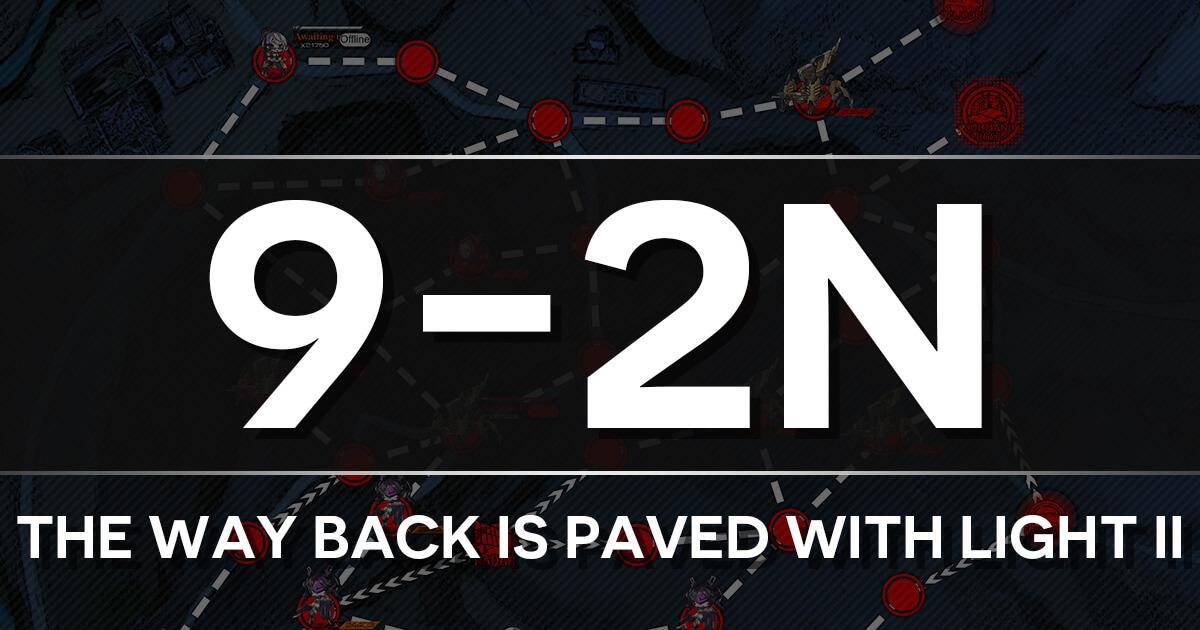 This is where the real ‘fun’ of 9Night begins. Manticore Deathstacks crawl the map, and a few Red Beans up by the Hostage, making a blind clear some degree of trial and error to pull off. Fortunately, both of these patrol in predictable patterns making avoidance of these threats relatively simple. The Radar in the Center of the map should be captured via encirclement, which will require some careful minding of the patrol patterns. This changes the AI of a one Manticore making the rescue possible. Several Dummy Echelons will be needed, but other than that, this map is less of a combat frustration than the preceding one. AR/SMG Echelons can handle the majority of the fighting, although deploying a Friend Echelon that can steamroll Armor isn’t a bad idea if only to reduce how much time you sit watching battles.

This clear appears to have some RNG elements on Turn 2. These can cause resets, and will be noted.

An alternative to all of that is just to rush an Echelon with a Parachute Fairy to the Hostage and parachute back to safety them to safety. Bear in mind you will need to fight a 60k Manticore along the way, so bring plenty of firepower if this route is chosen. 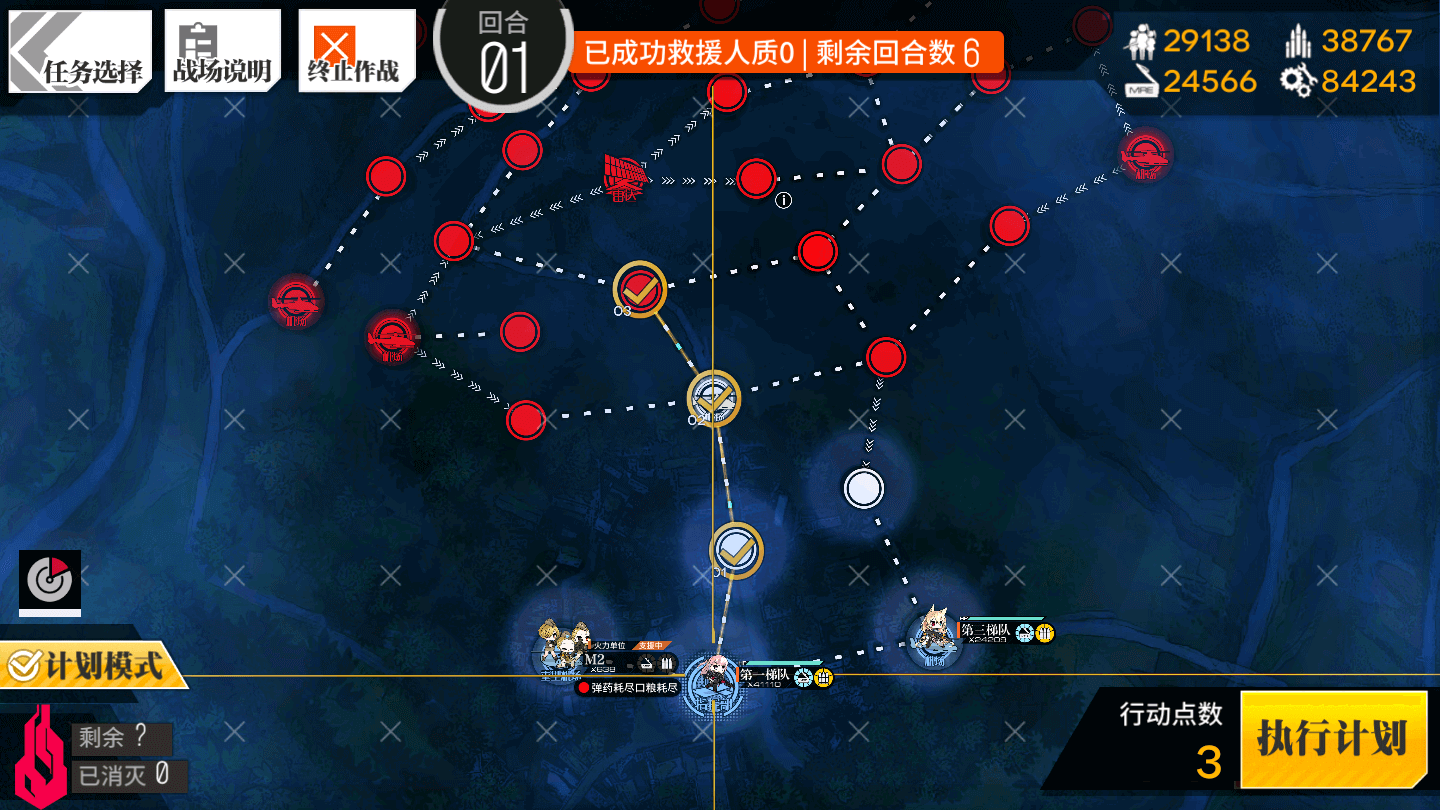 Deploy a Combat Echelon on the Command Post, and the normal Heliport. Deploy a HOC on the Heavy Heliport. 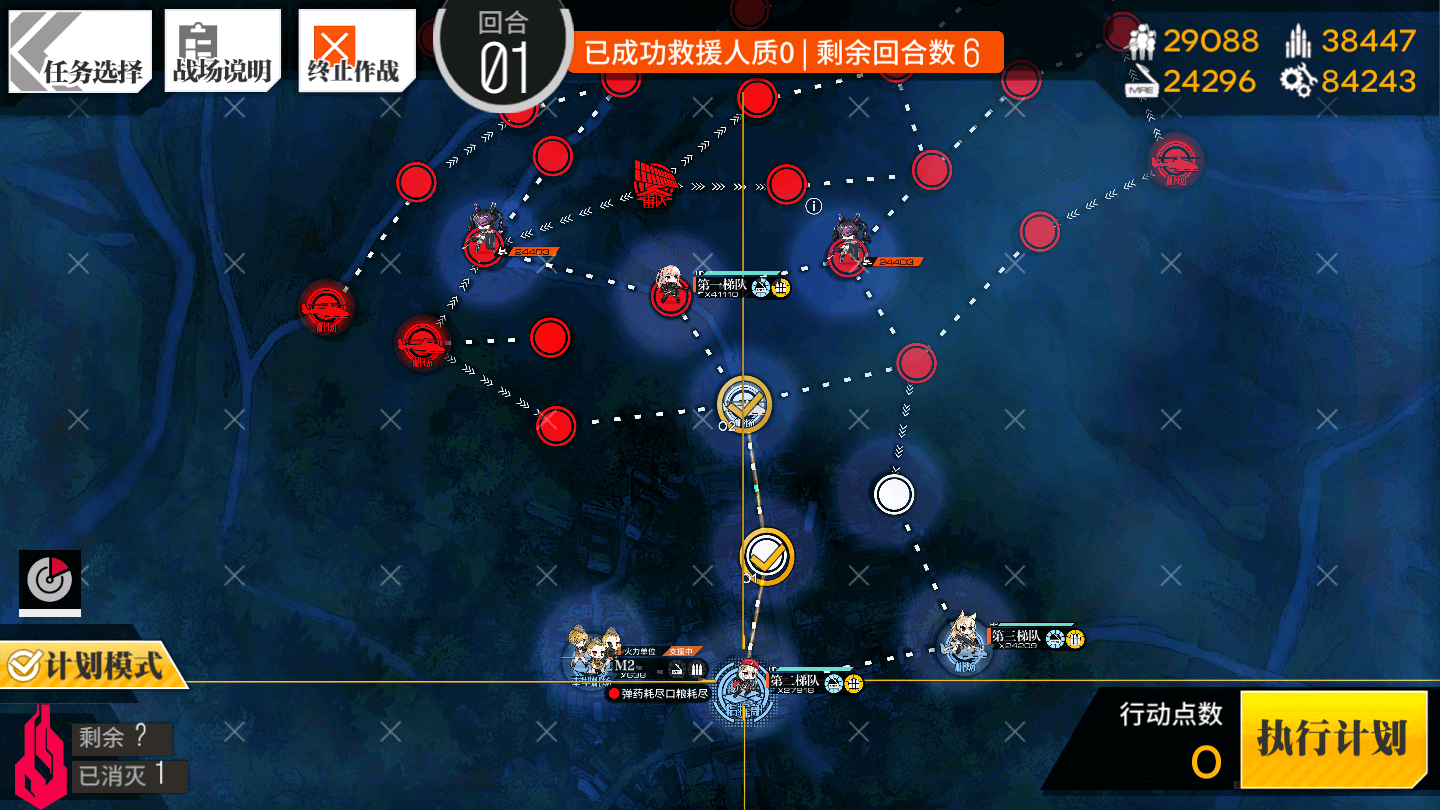 Deploy another Combat Echelon on the Command Post. Move them up two nodes. 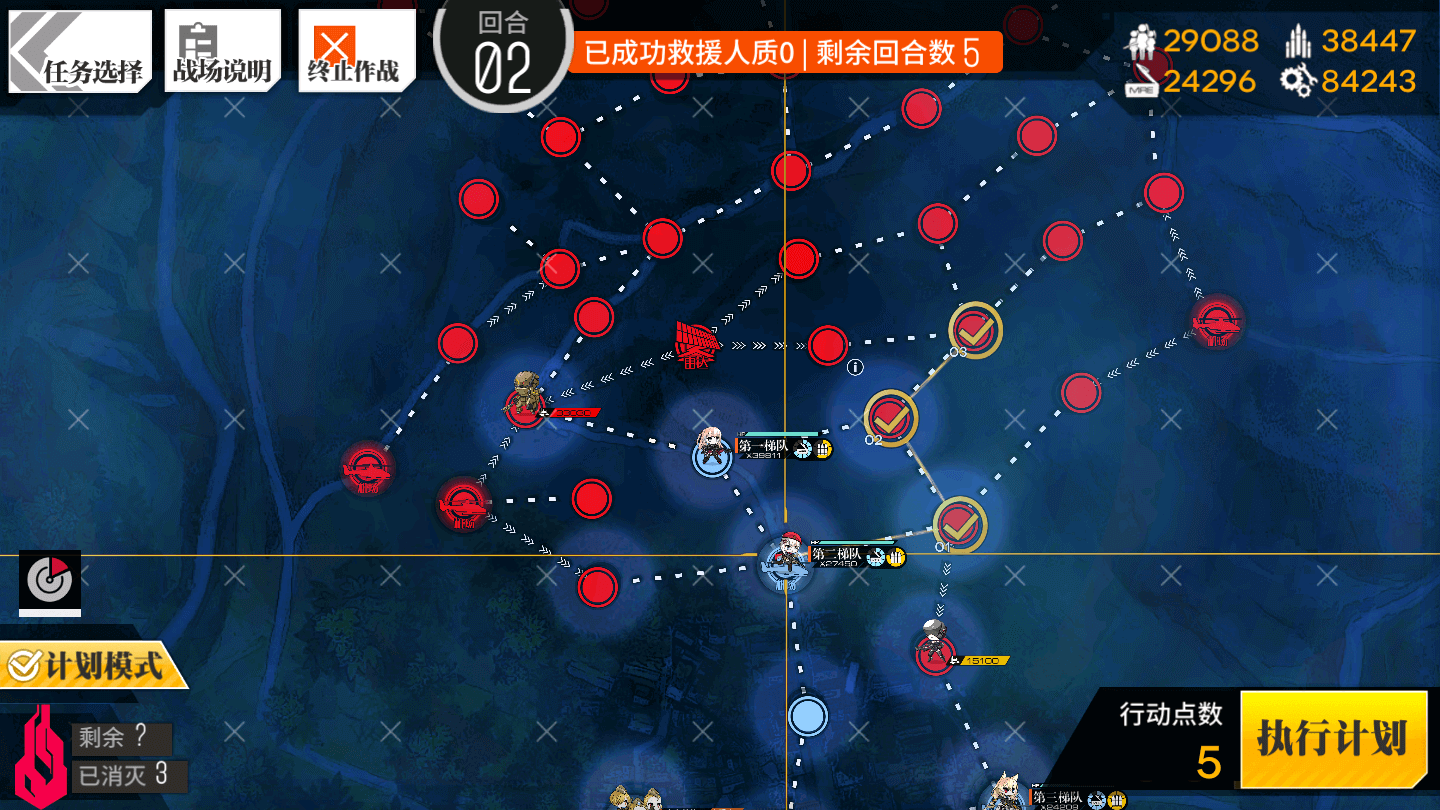 Move the Combat Echelon on the Central Heliport to the right one node, up one node, and right one further node. 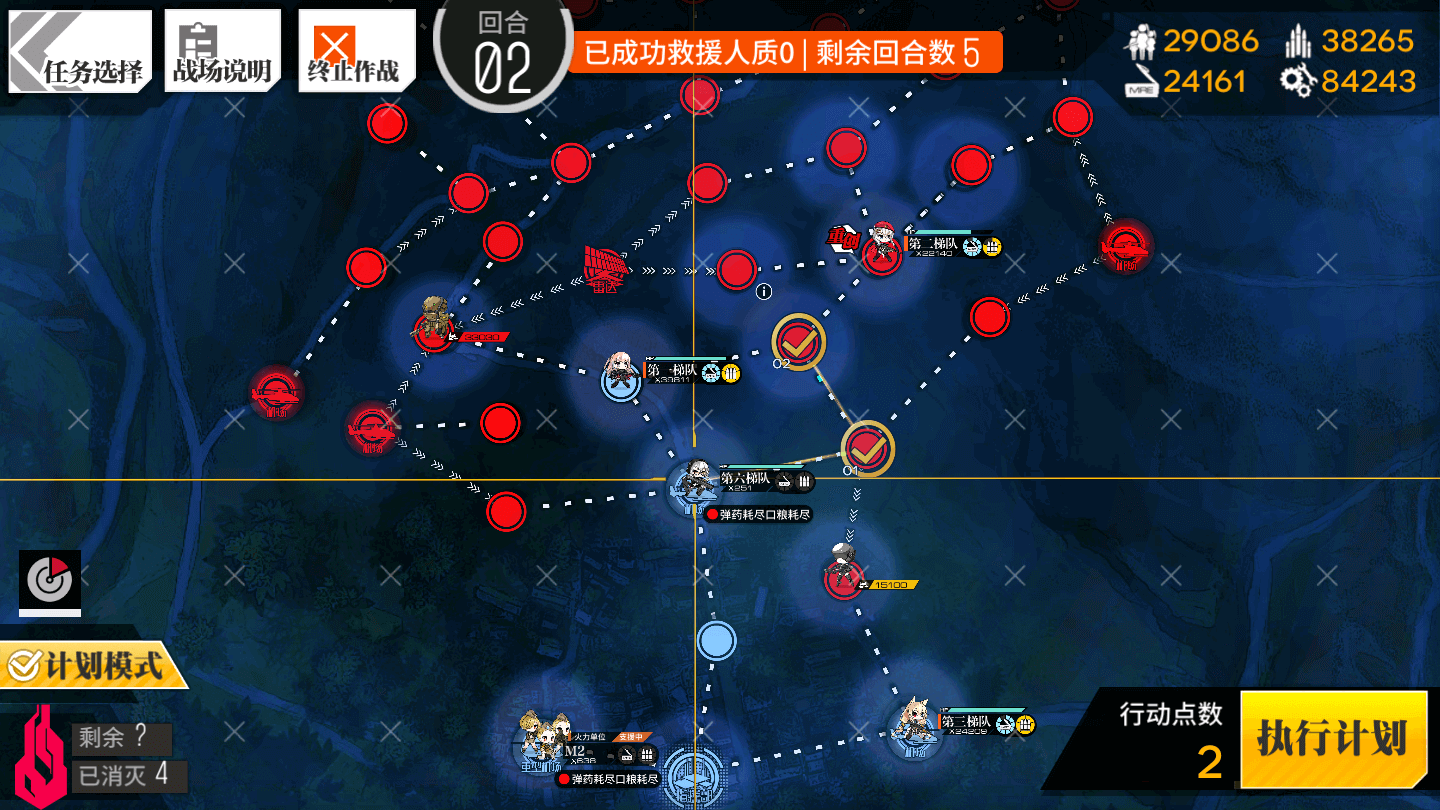 Deploy a Dummy Echelon on the central Heliport. Move them to the right one node, then up one node. 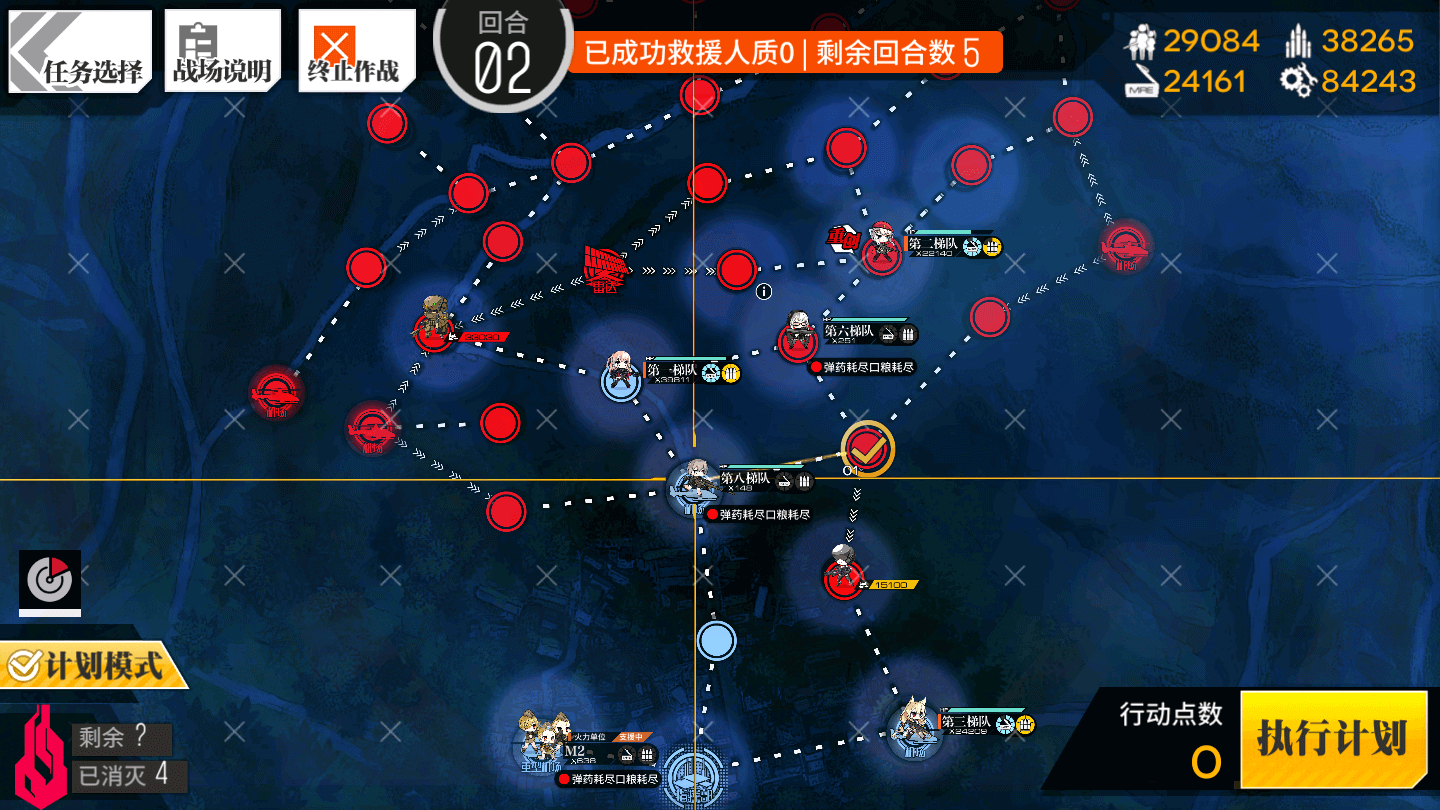 Deploy a second Dummy Echelon and move them right one node. 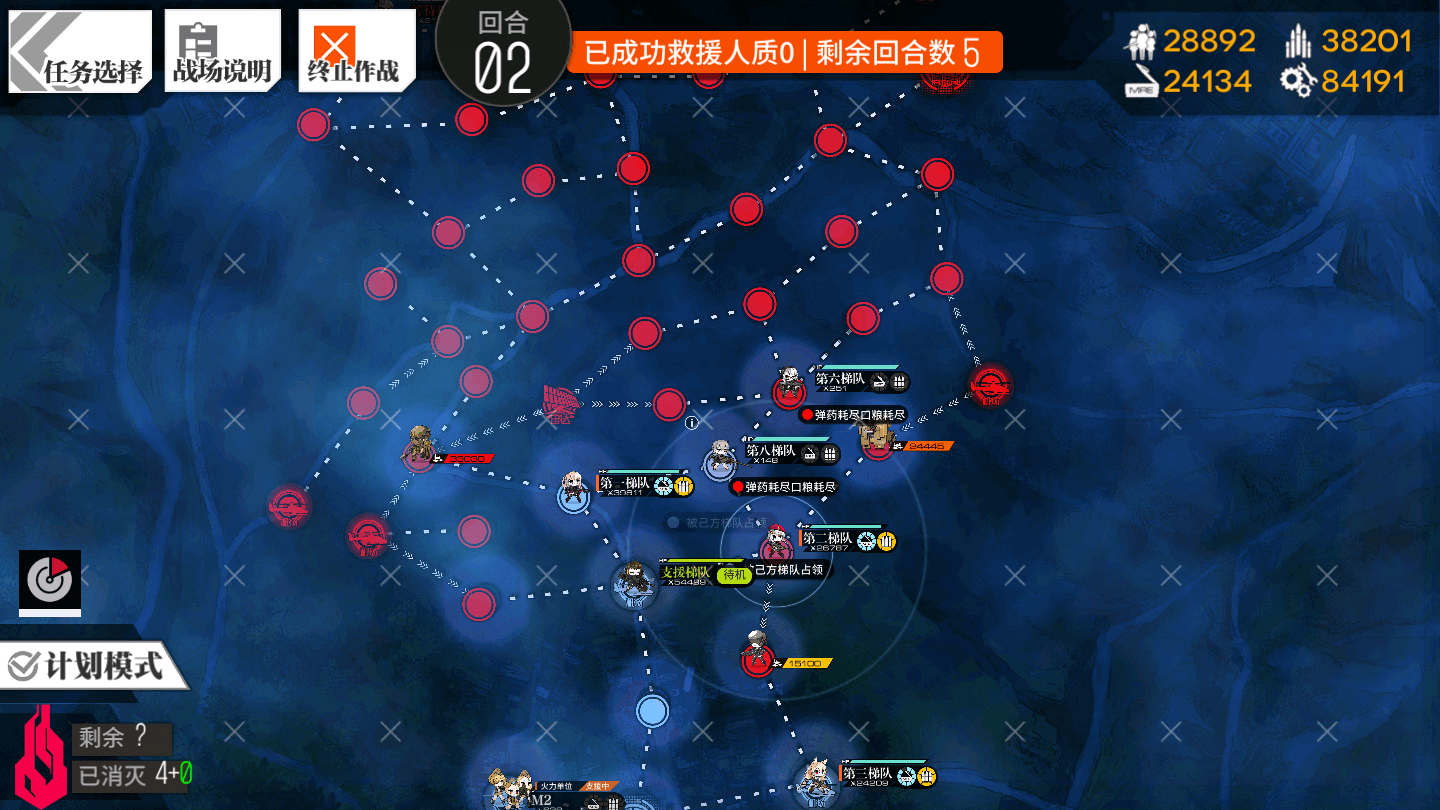 Deploy a Friend Echelon on the central Heliport. Set them to Standby for now.

Swap your far right Combat Echelon back so they are adjacent to the Friend Echelon, repair and resupply as needed.

RNG Alert: If you do not see the Guard next to the first Combat Echelon, and/or an Enemy adjacent to the Friend Echelon, it is possible you clear will be bricked. You can attempt to finish the run, but you may encounter an unmoving Hydra Deathstack when moving to the Hostage later on. If the enemies are positioned as shown in the example this will not occur. 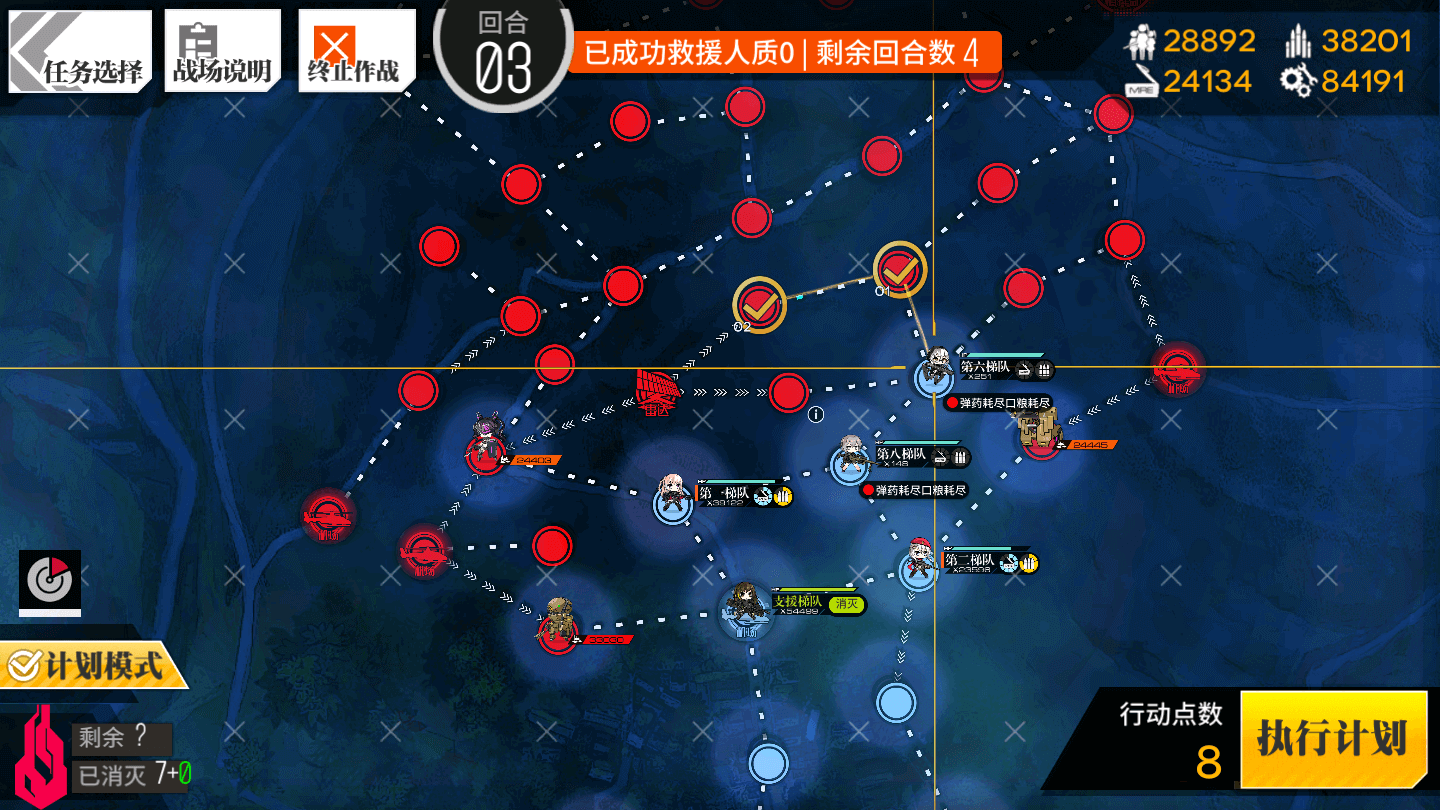 Move the uppermost Dummy Echelon up one node, and then left one node. 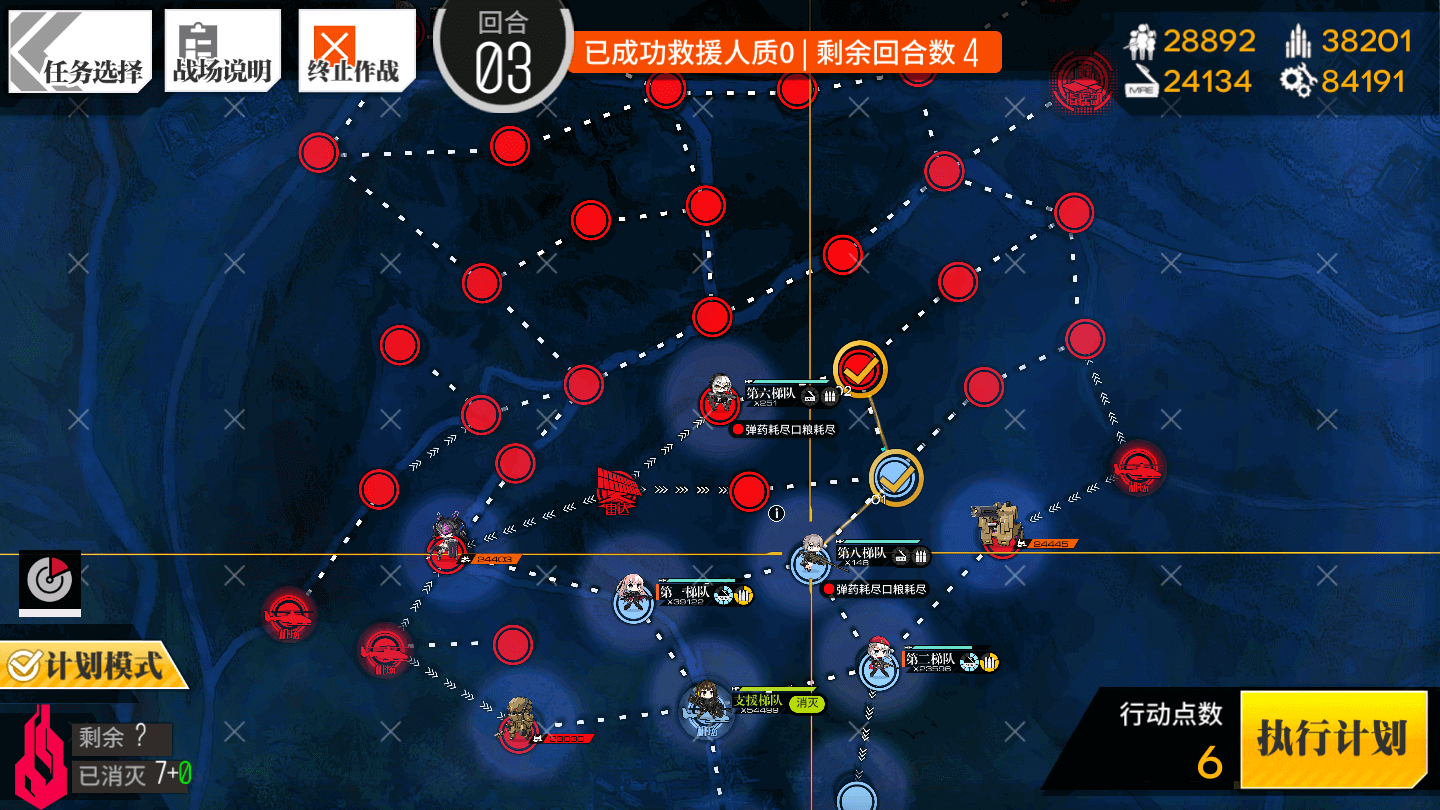 Move the second Dummy Echelon up right one node, and up one node. 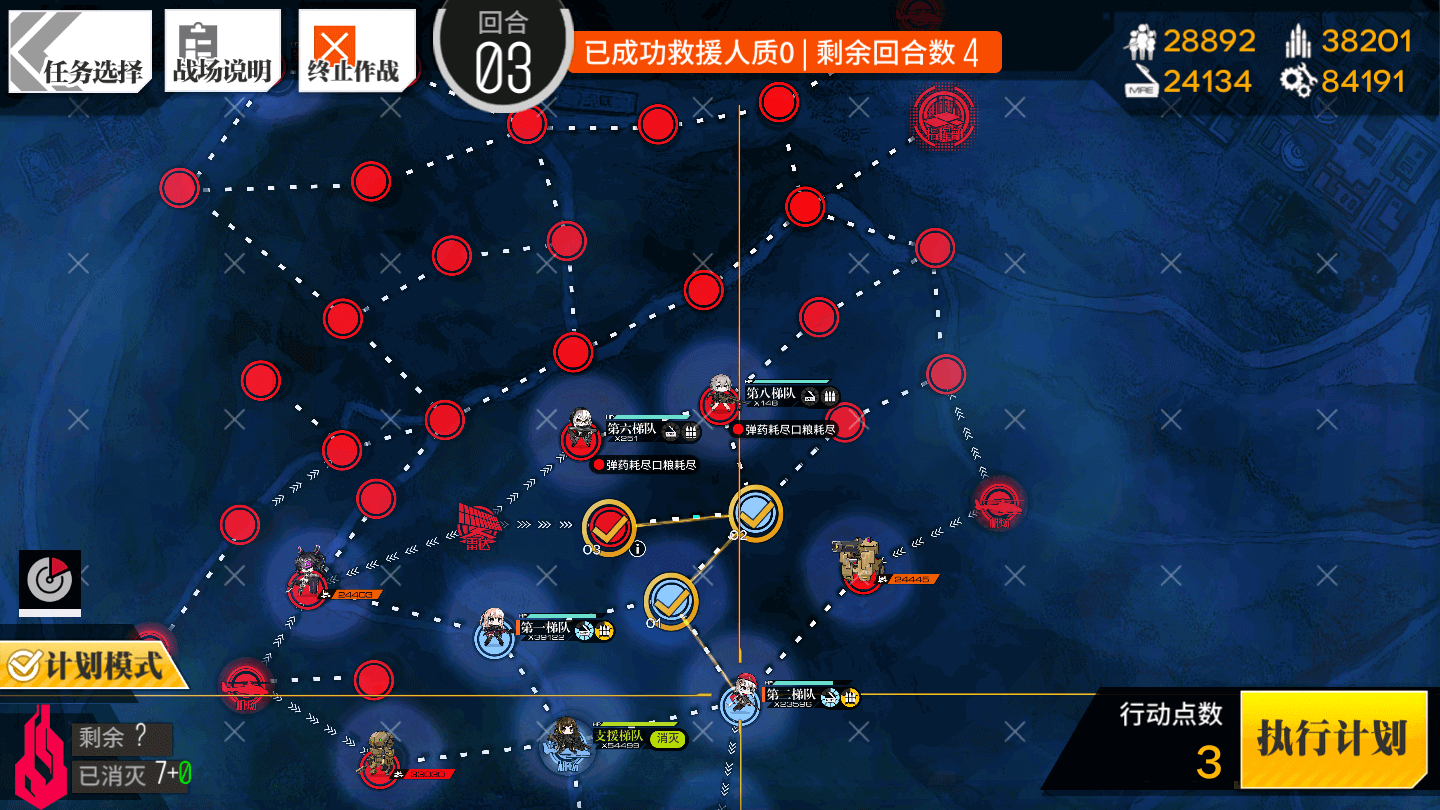 Move the right Combat Echelon up one node, right one node, and then left one node, to complete this side of the Radar encirclement. 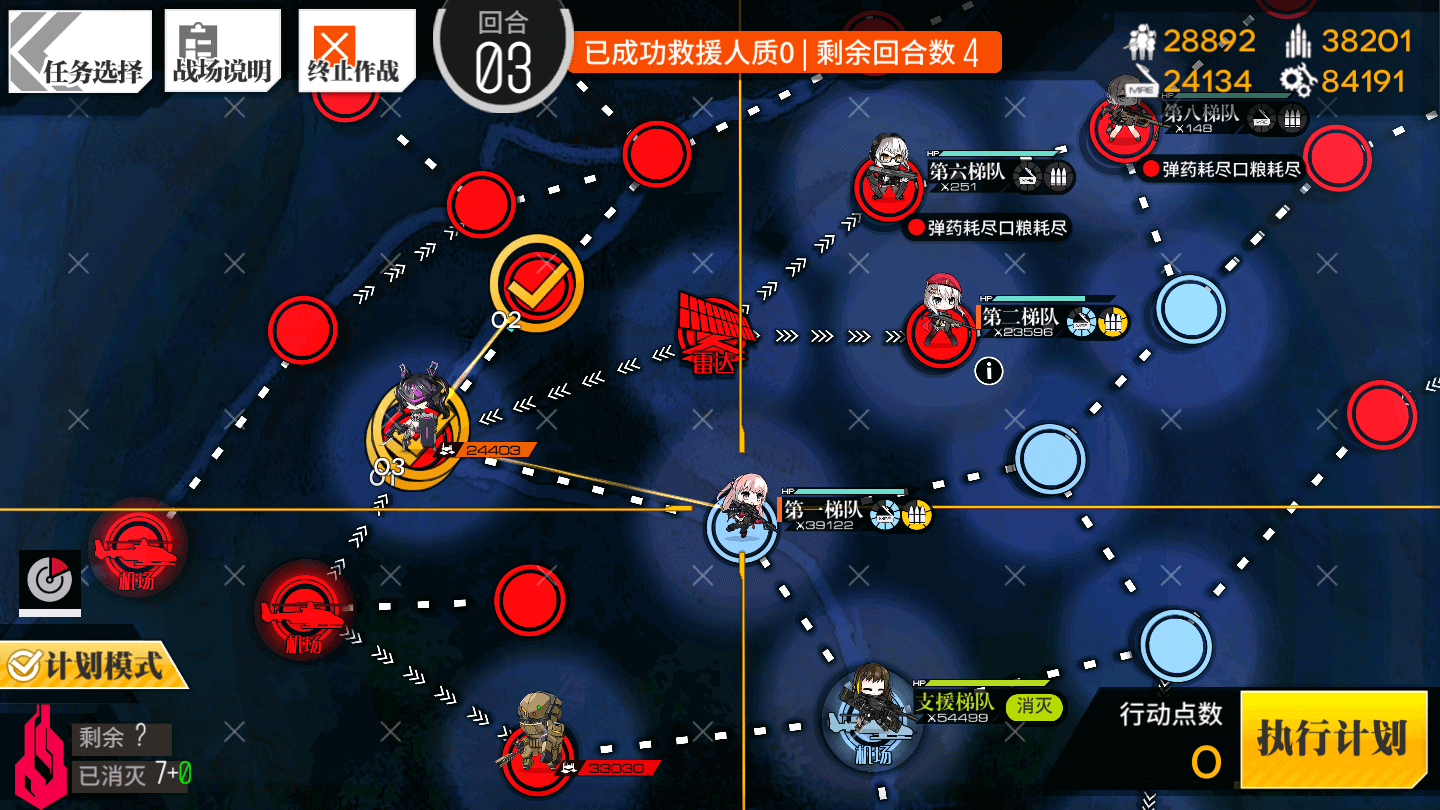 Move the left Combat Echelon to the left one node, up one node, and then back down again to allow the Radar to be encircled. This path can compensate for poor movement RNG, but is not assured to do so.

Set the Friend Echelon to Eliminate. 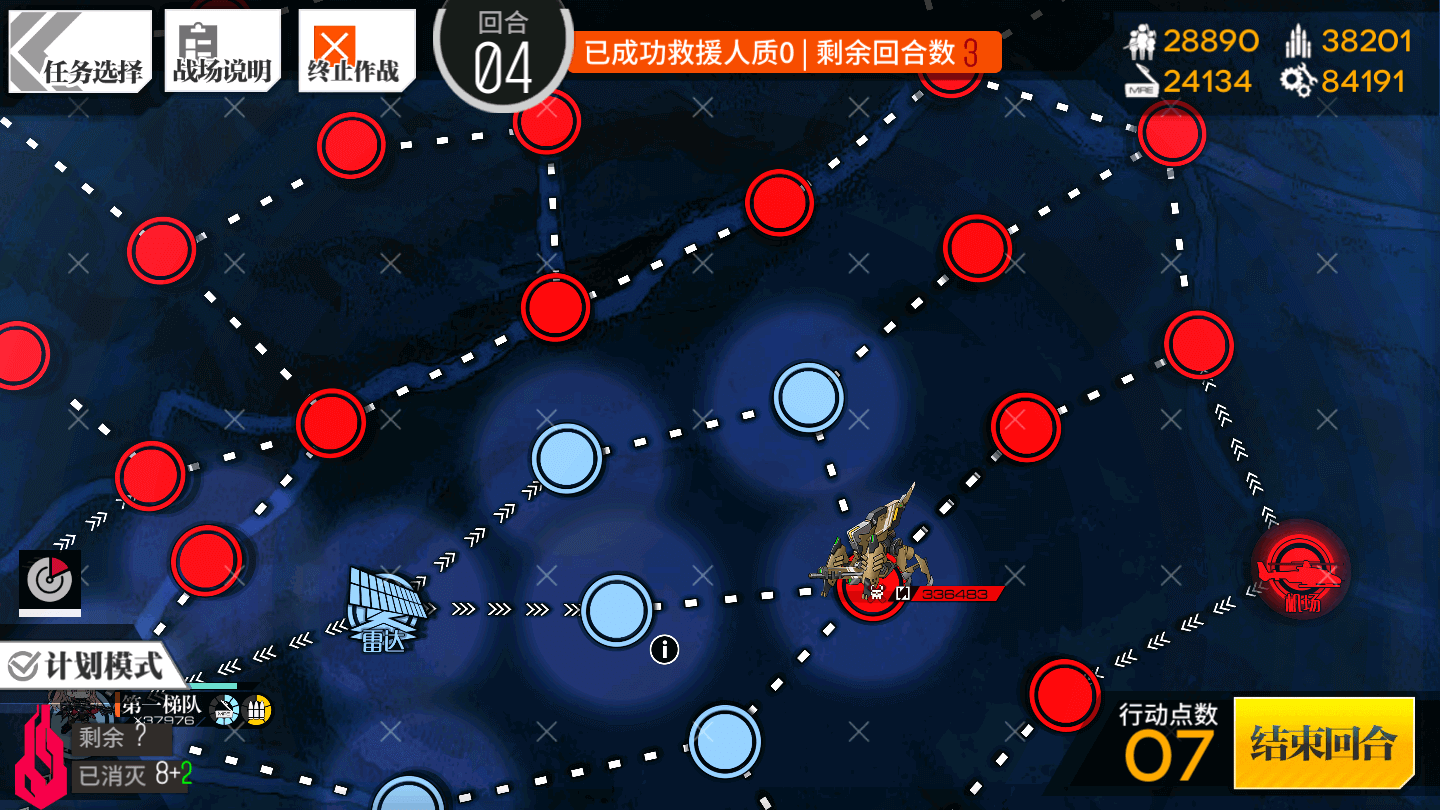 Retreat all three units on the right of the Radar, lest the Hydra Deathsacks say hello. 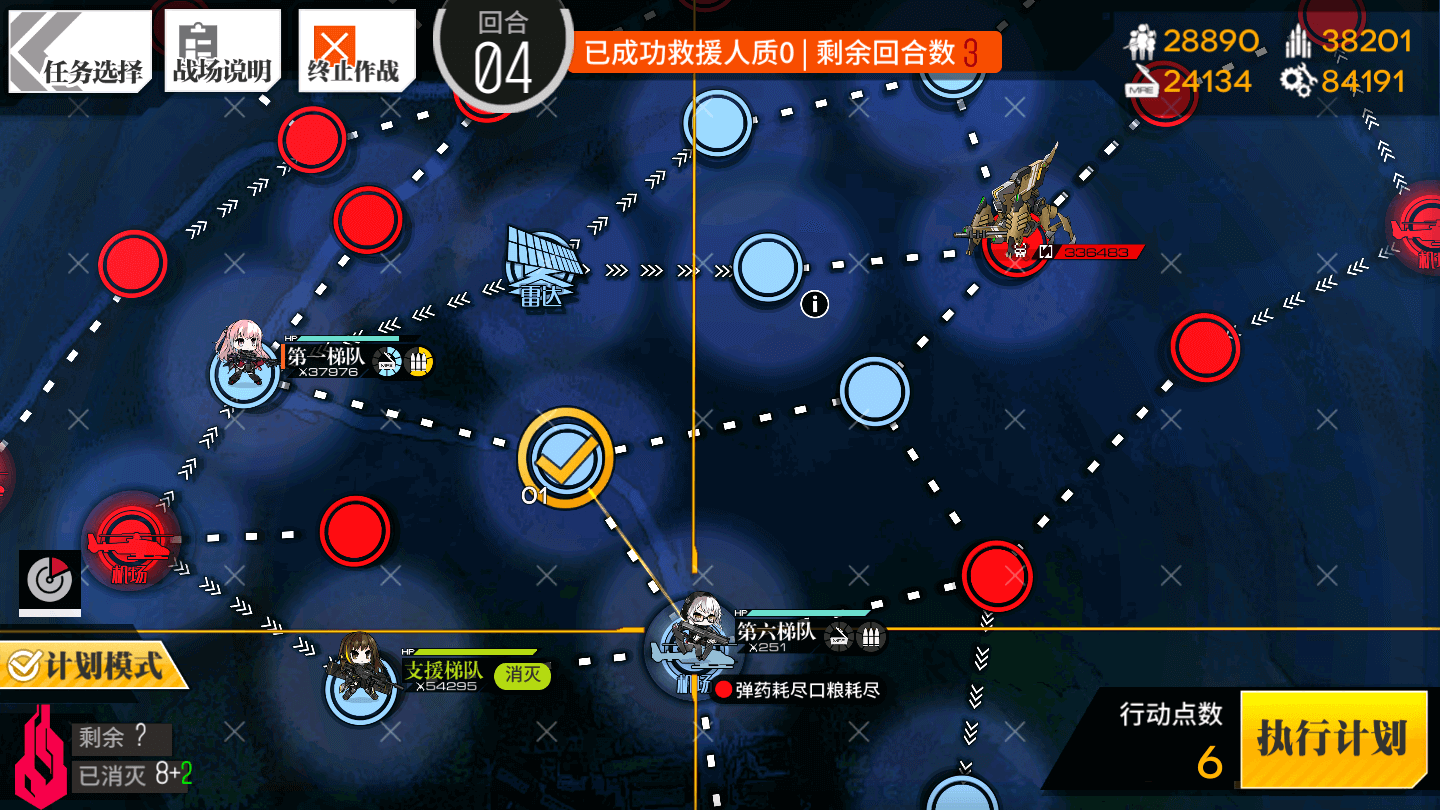 Redeploy one of your Dummy Echelons, and move them up one node. 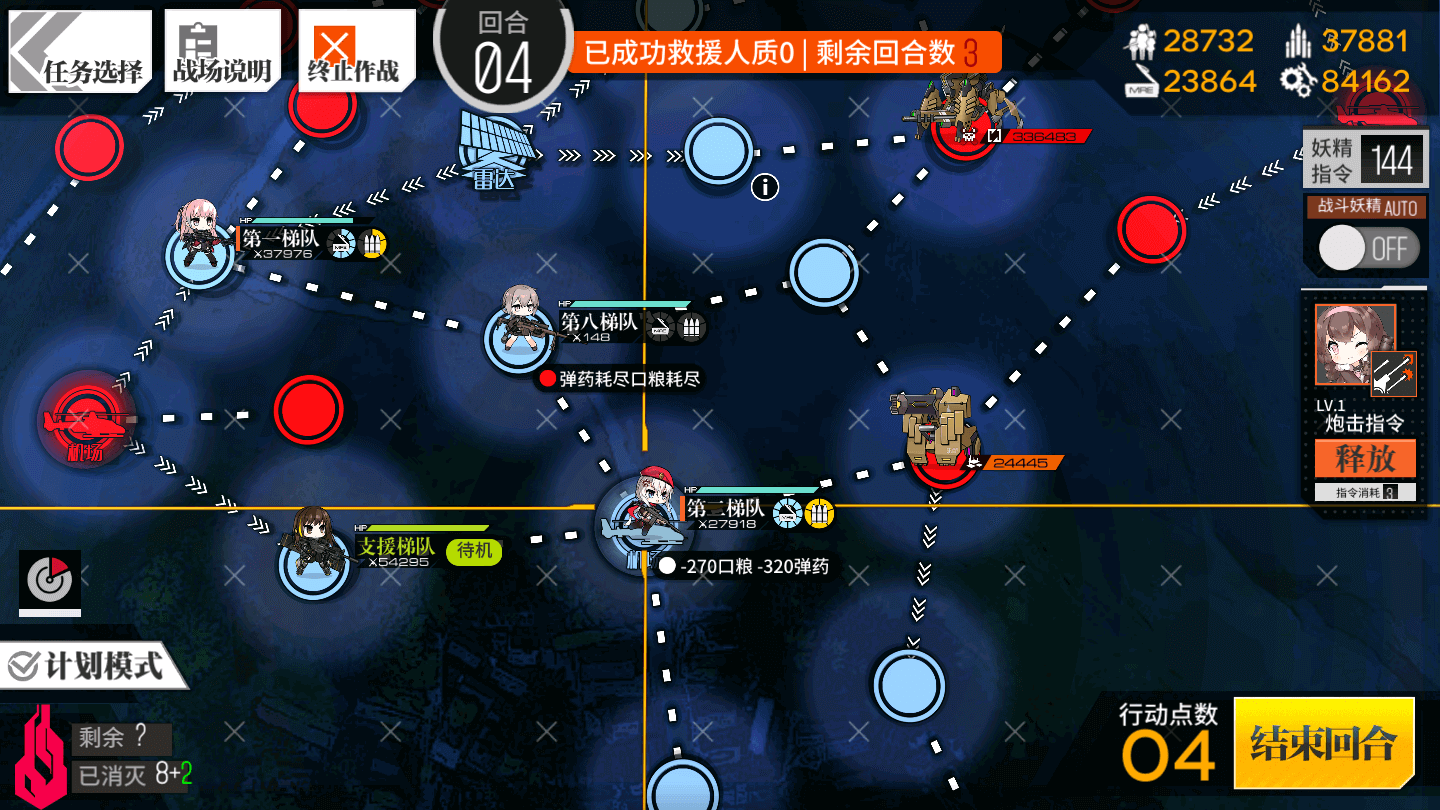 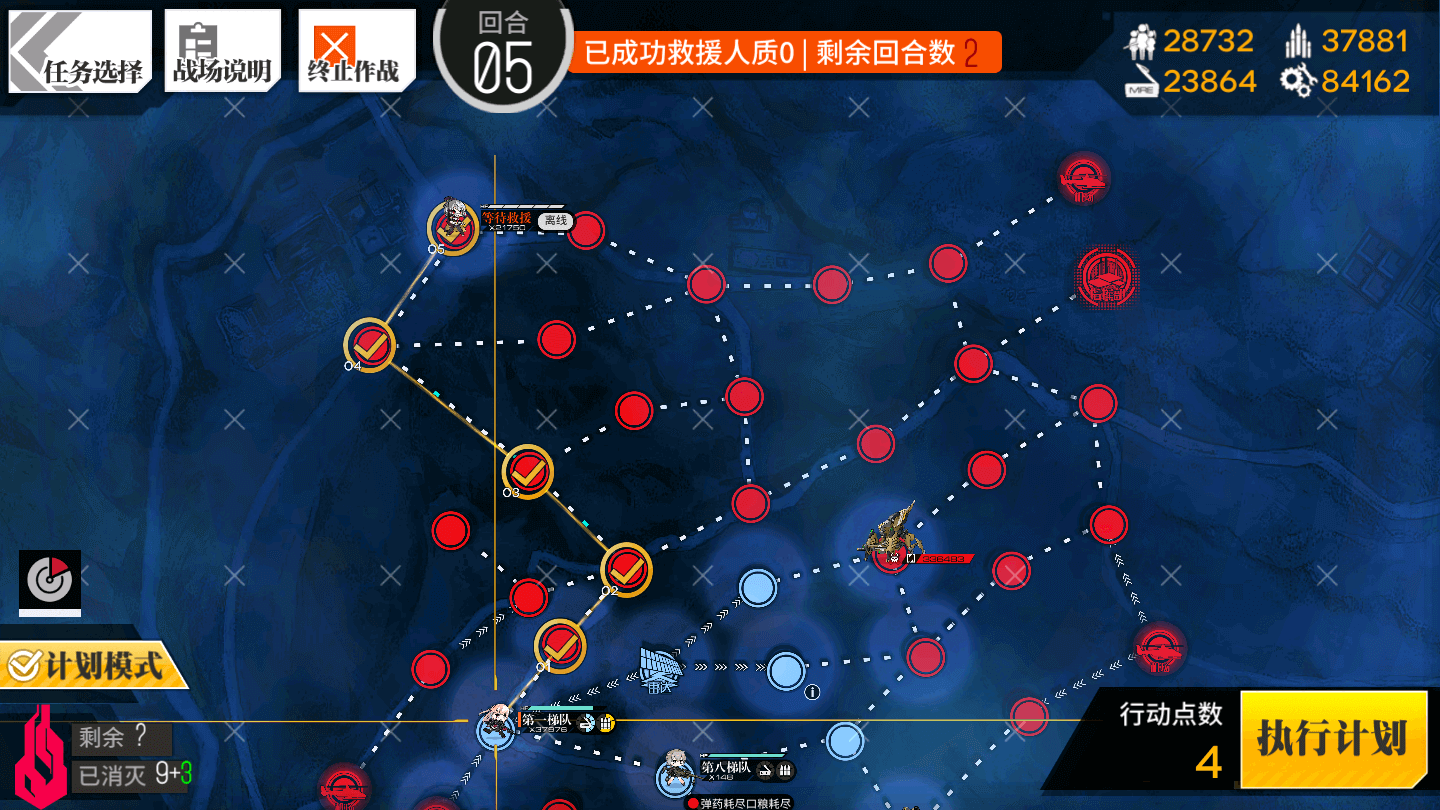 Move the left Combat Echelon up two nodes (if movement RNG has not favored you, there will be a Manticores Deathstack in the way), then up-left, two nodes, and finally swap with the Hostage. 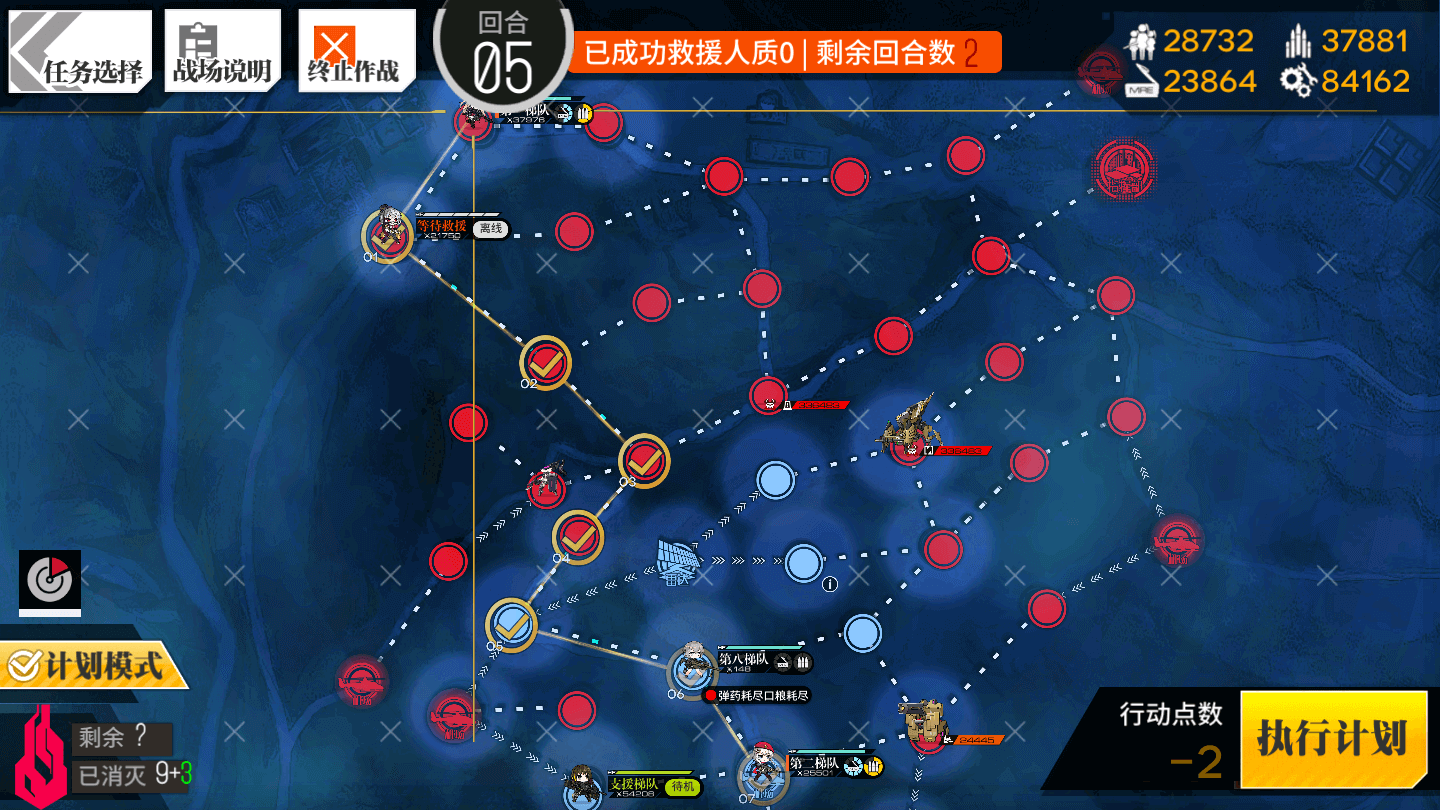 Move the Combat Echelon to the left, picking up the Hostage, then back down four nodes, swap with the Dummy and other Combat Echelon, and manually complete the rescue. 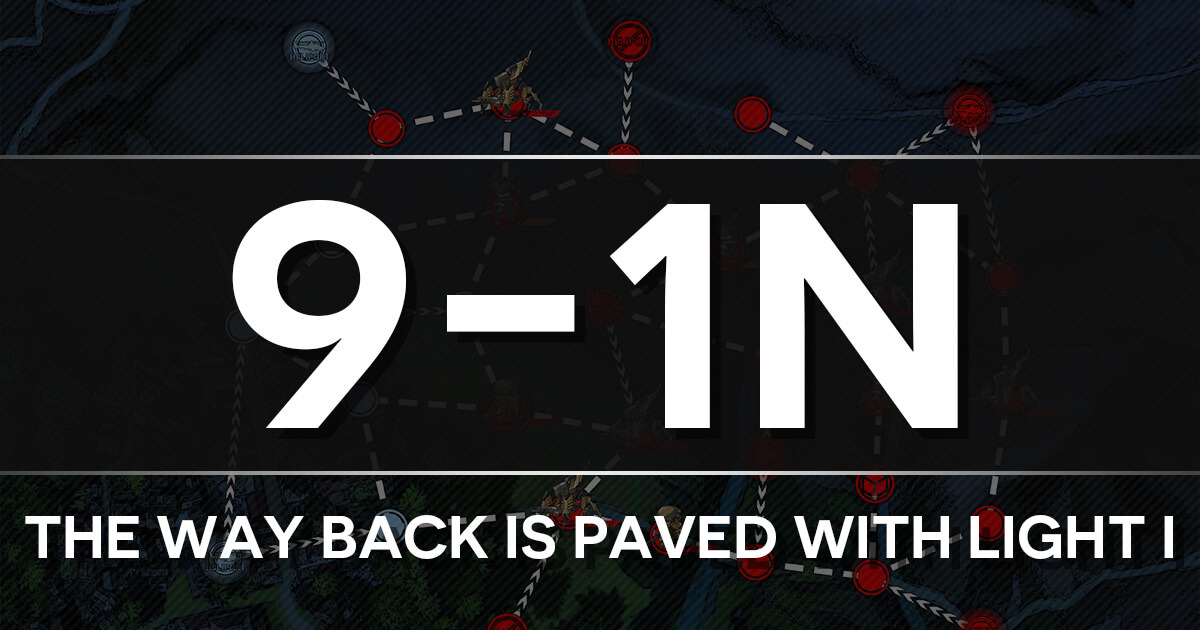 Chapter 9-1N: The Way Back is Paved with Light I 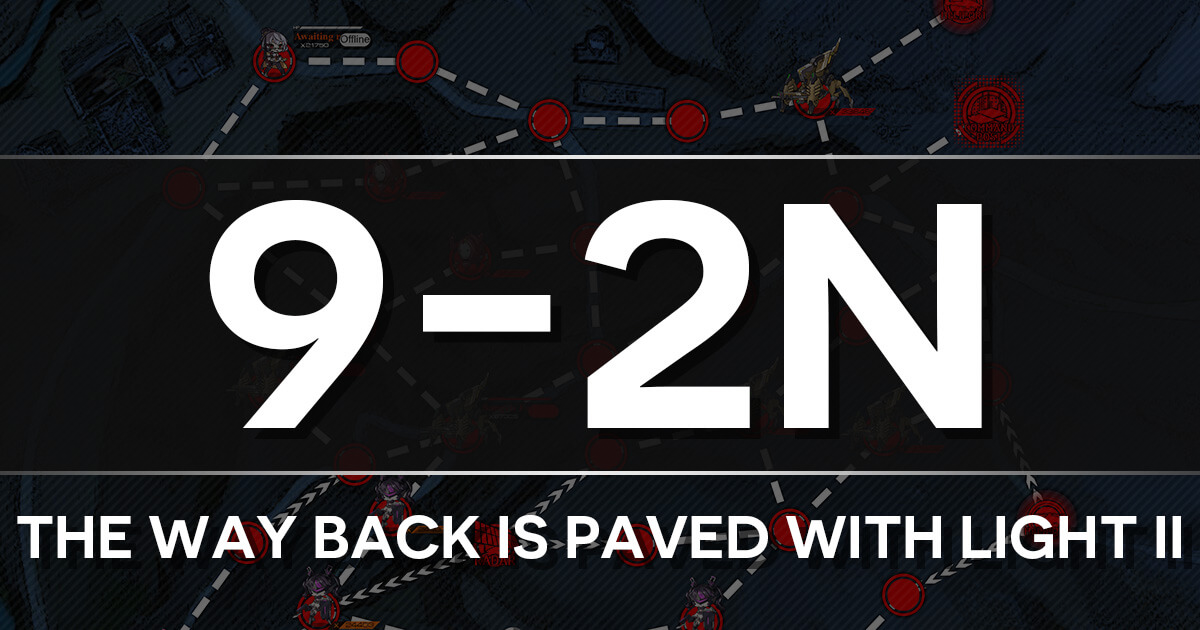 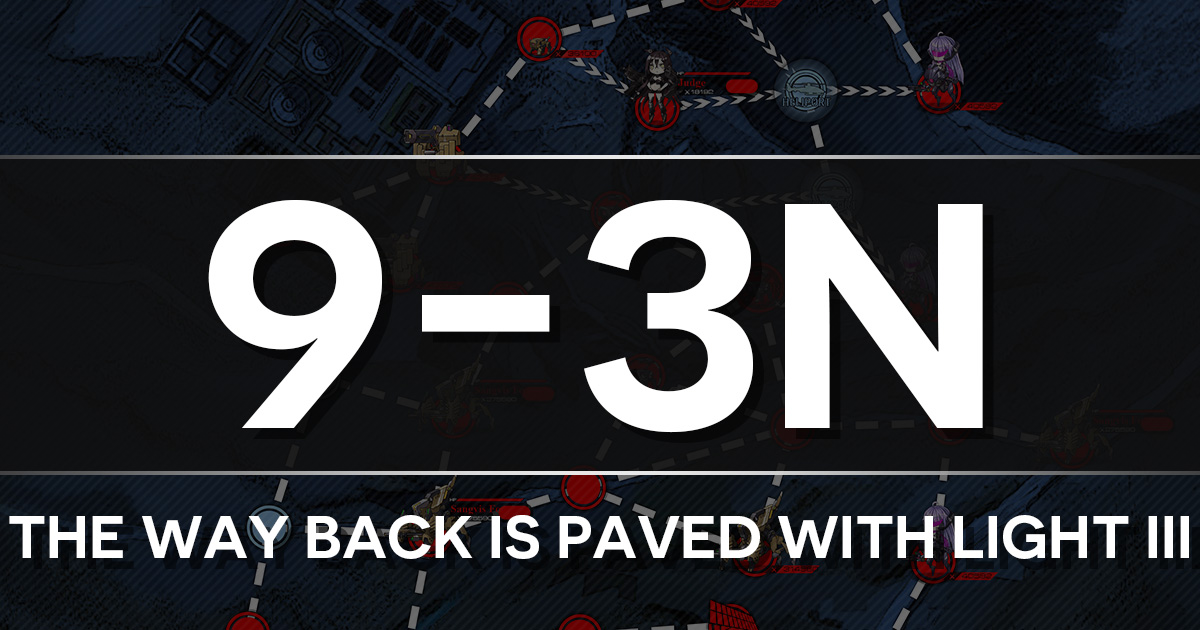 Chapter 9-3N: The Way Back is Paved with Light III 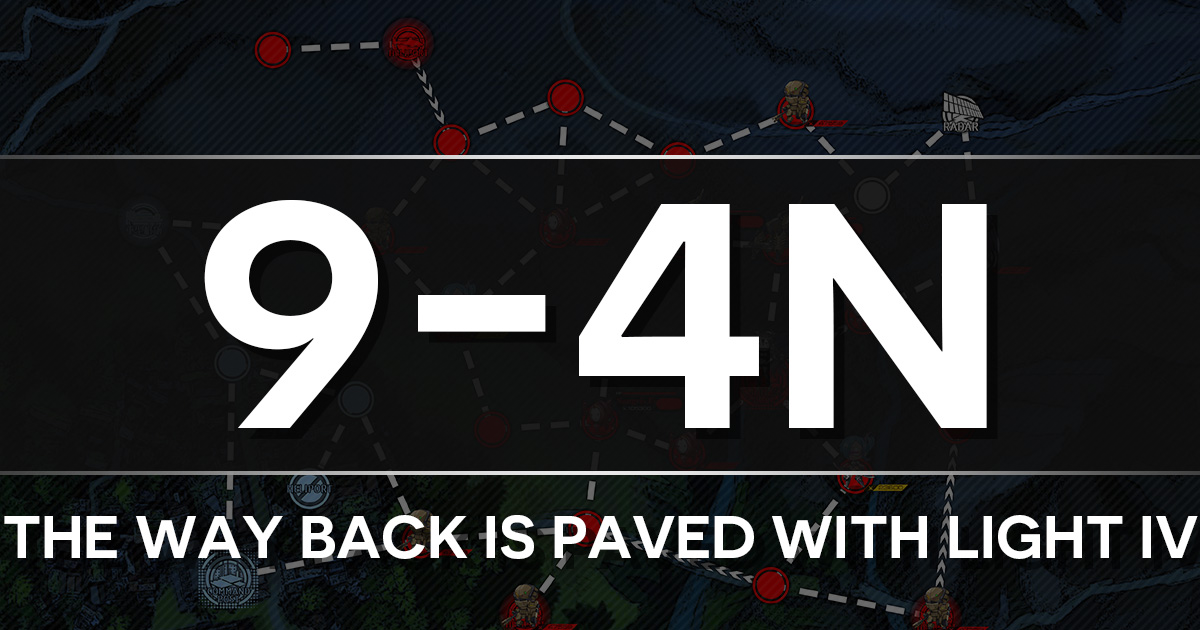 Chapter 9-4N: The Way Back is Paved with Light IV