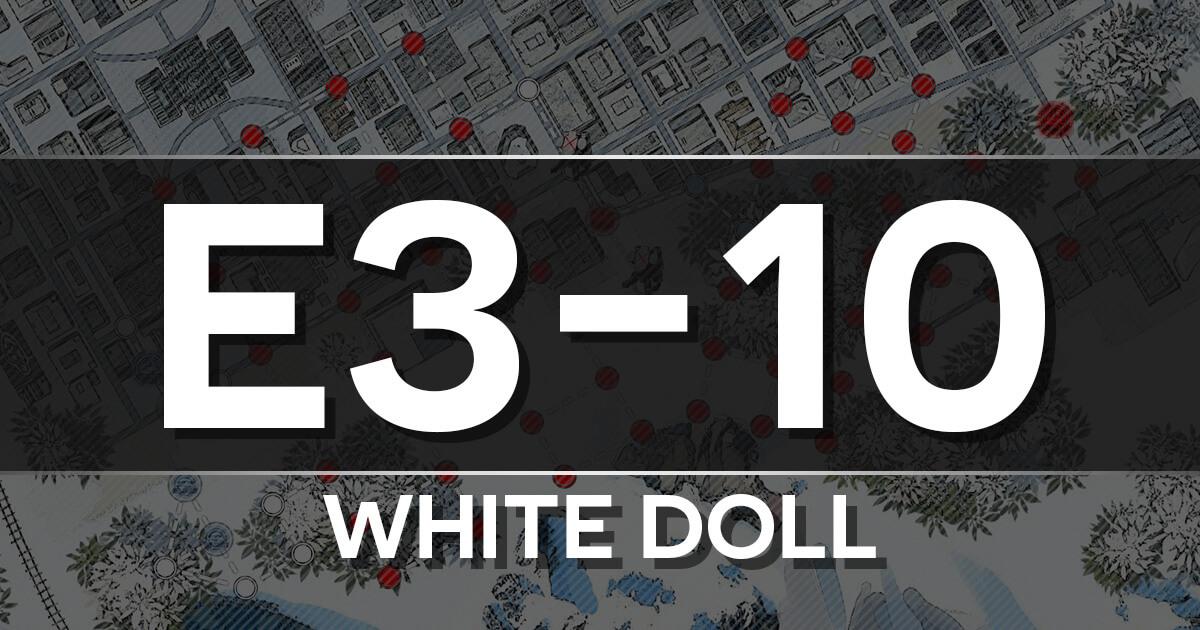 The final stage of CT is arguably less of a slugfest than the final stage of Singularity, or even the previous map, although it does feature not one, not two, but three Bosses, and more than a bit of keep away to avoid Gundams and Tanks at various points. This map is roughly divided in two, with the first portion of the map involving the destruction of the two Anti-Air Towers, and the second revolving the killing of the boss and Command Post Capture.

Be mindful of the movement ranges of the Uhlans and Doppelsoldners in the first portion of the map, as controlling their movement will smooth over the experience a great deal and prevent the map from Softlocking should you pull an Uhlan in the wrong direction. Equally, do not engage the Doppelsoldners in this part of the map, they sport a beefy 131 Armor and 50% shield, and you have no HOC support. while these fights are winnable, they should be avoided.

The second portion of the map is a fairly straight shot to the boss, with the only caveat being one should avoid the Uhlans if at all possible. the 51k Black Nytos are all but identical to the Black Nyto in the final maps of Chapter 2. The 109k White Nyto is a new Boss, but is less threatening than she looks. 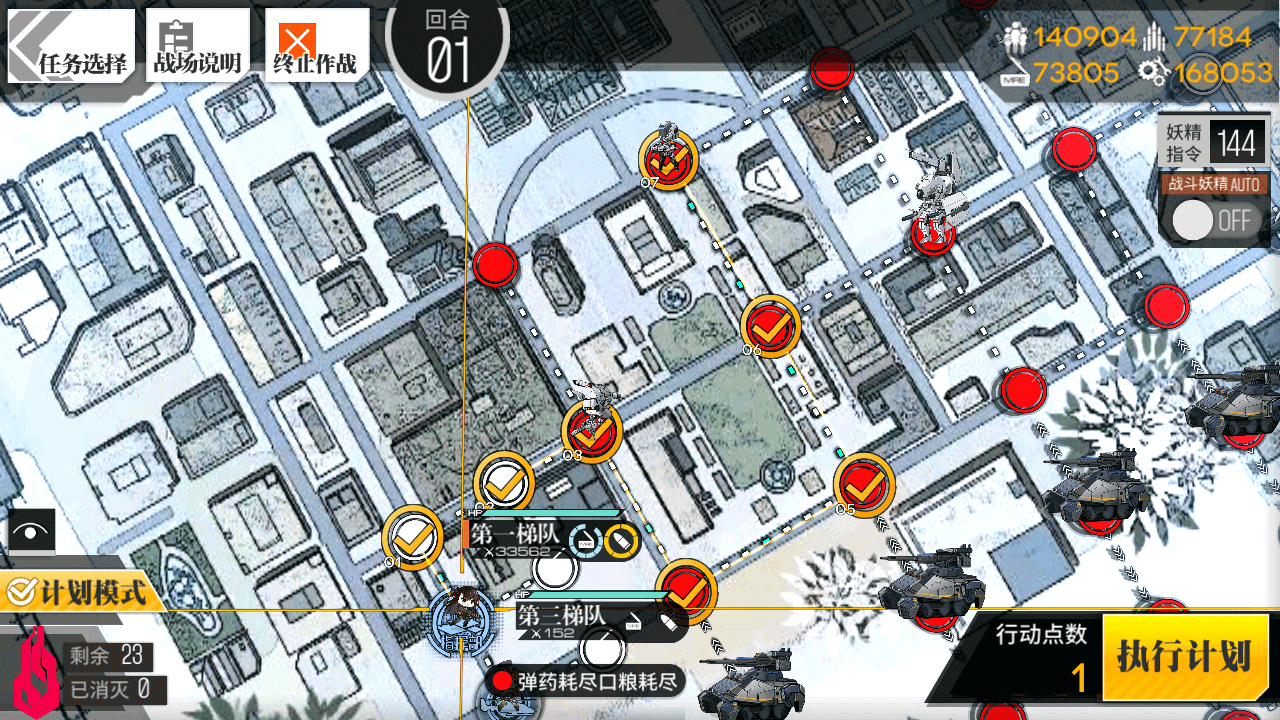 Deploy a Combat Echelon on both the Command Post and bottom most Heliport. Deploy Dummy Echelons on all remaining Heliports.

Move the Combat Echelon on the Command Post up one node, right two nodes, down, right, and up two move nodes. This is a safe location, allowing us to avoid the Doppelsoldner, while also not pulling an Uhlan into the path we want to take next turn. 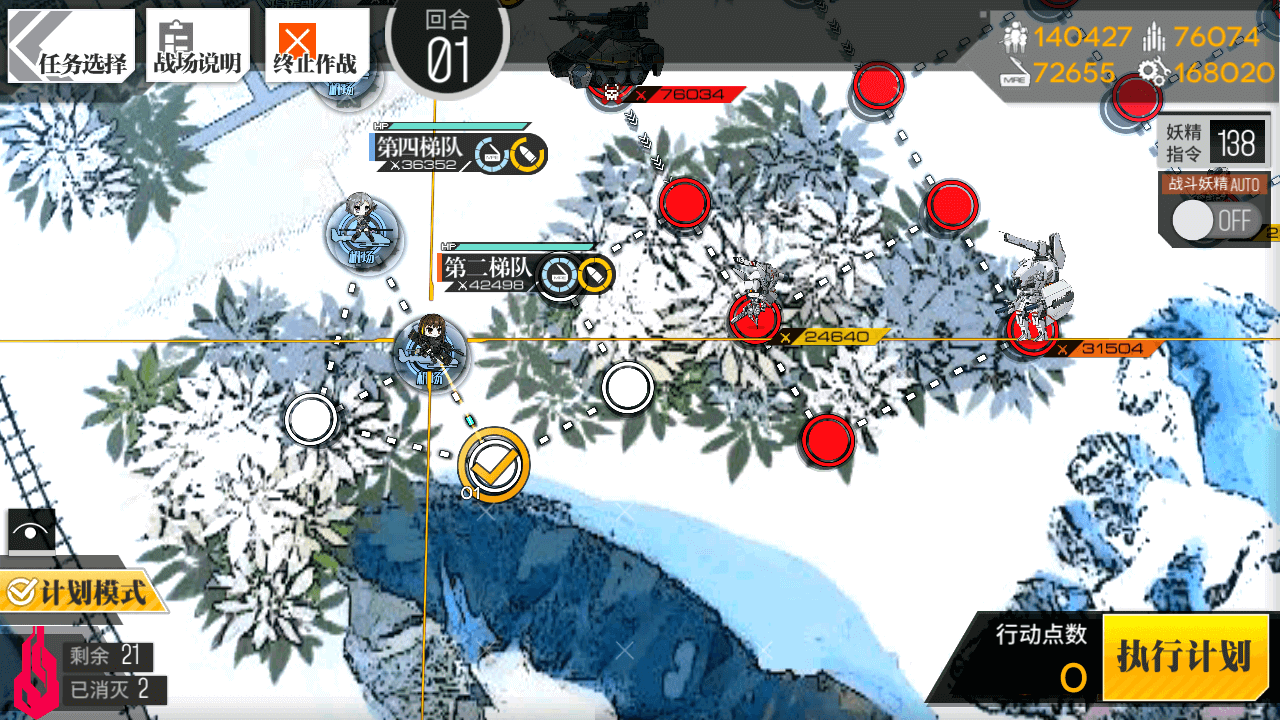 Move the Combat Echelon on the lower Heliport down one node. This saves an AP later so that we can sprint to a safe location in a few turns. 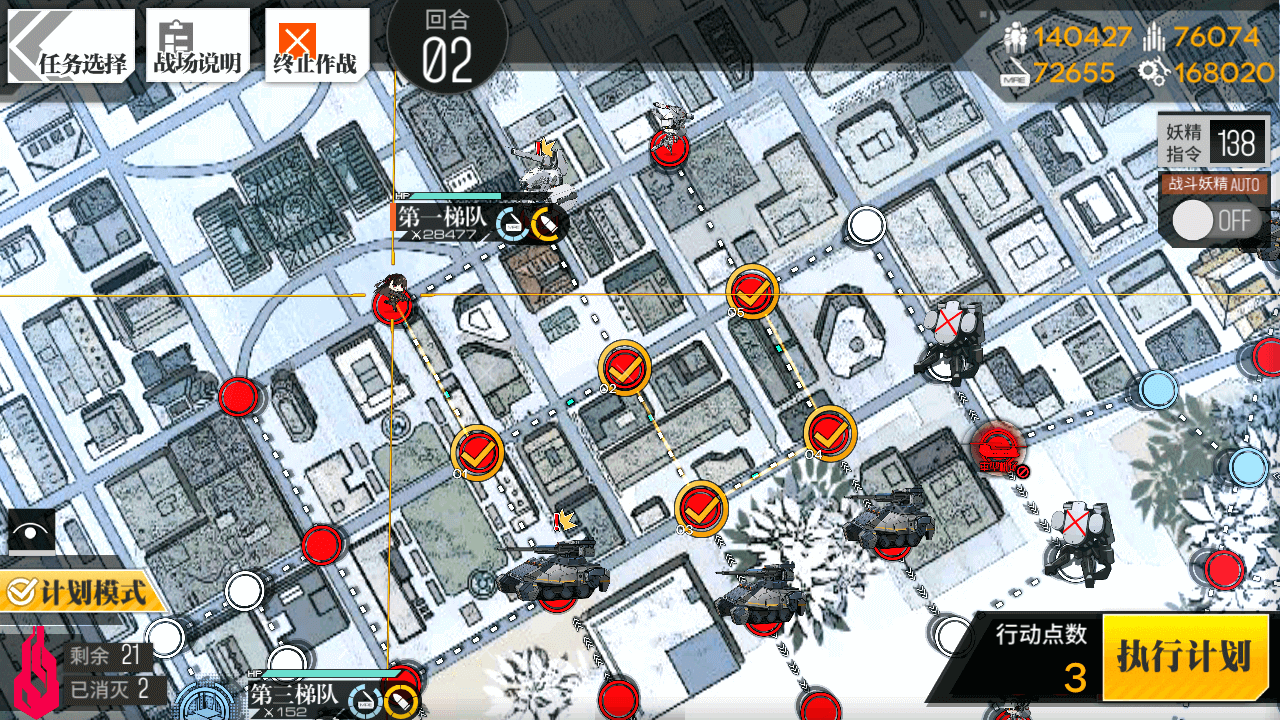 Move the upper Combat Echelon either right or down, whichever path doesn't have the Doppel in it, then down as far as possible, right, and up one node. This will pull two Uhlans onto this side of the map, making the run across the other side safer. End your Turn. 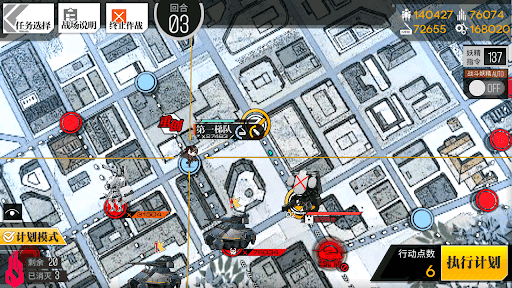 Move the upper Combat Echelon to the right, and down onto the Anti Air Tower to Destroy it.

Writers Note: The game appears willing to allow Parachute Fairies to jump onto the Heavy Heliport after the destruction of the first tower. I am unsure if this is a bug, WAI, or merely a visual glitch. Regardless, this guide will not be doing so, although you may experiment as you wish. 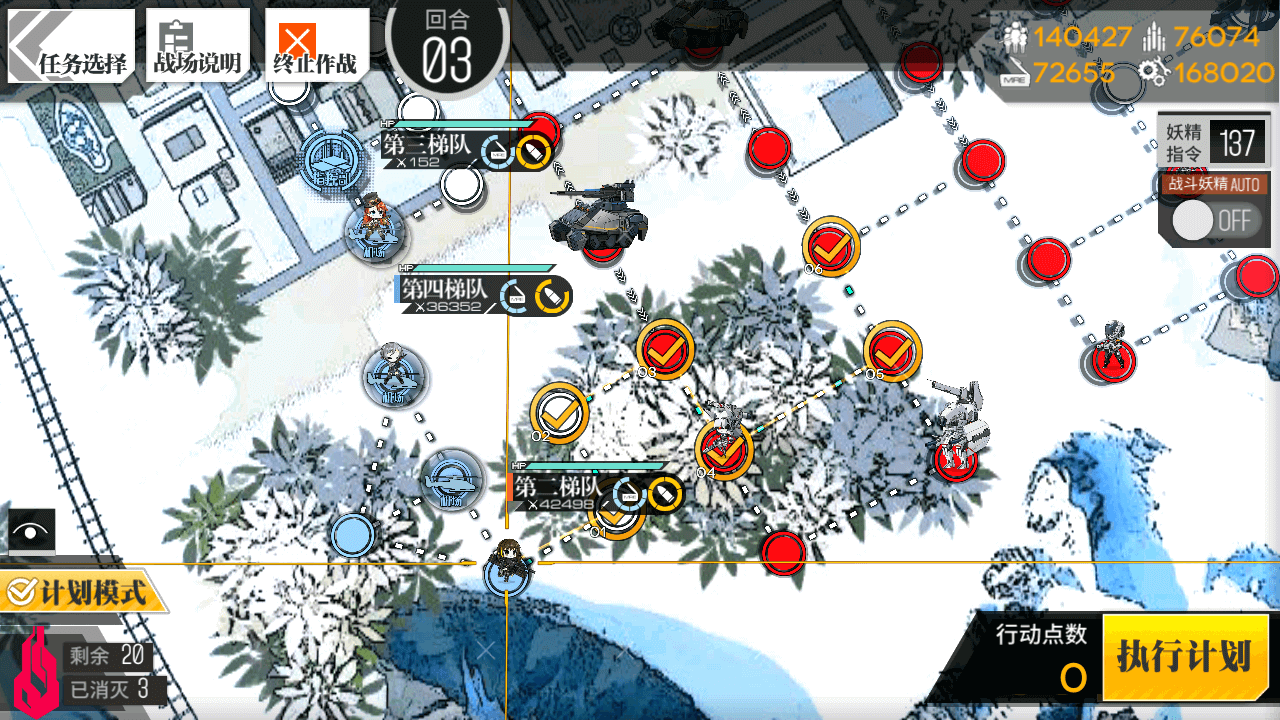 The lower Combat Echelon should move right, down, right, up, right and finally down again. This puts them out of range of the Doppelsolder, and since we pulled the Uhlan onto the other side of the map, they are safe from death. 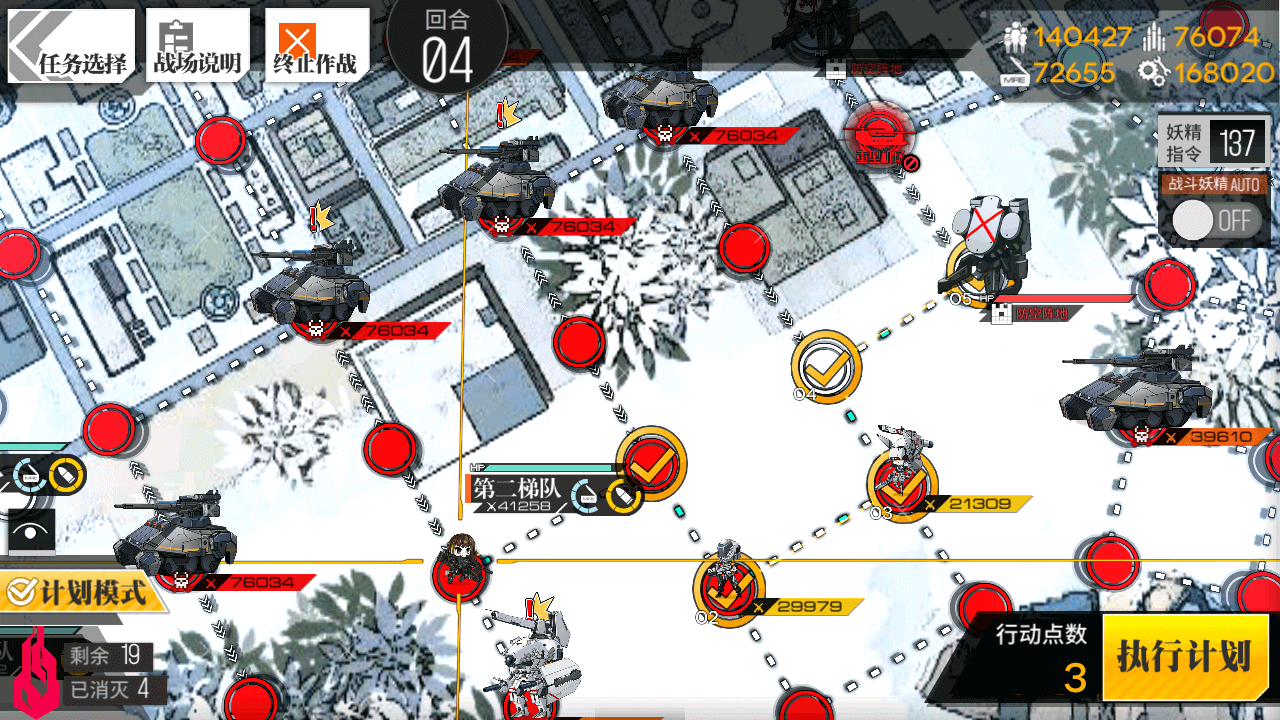 The lower Combat Echelon should now move right ,down, right, up, and right onto the Anti-Air Tower. End your Turn at this time. 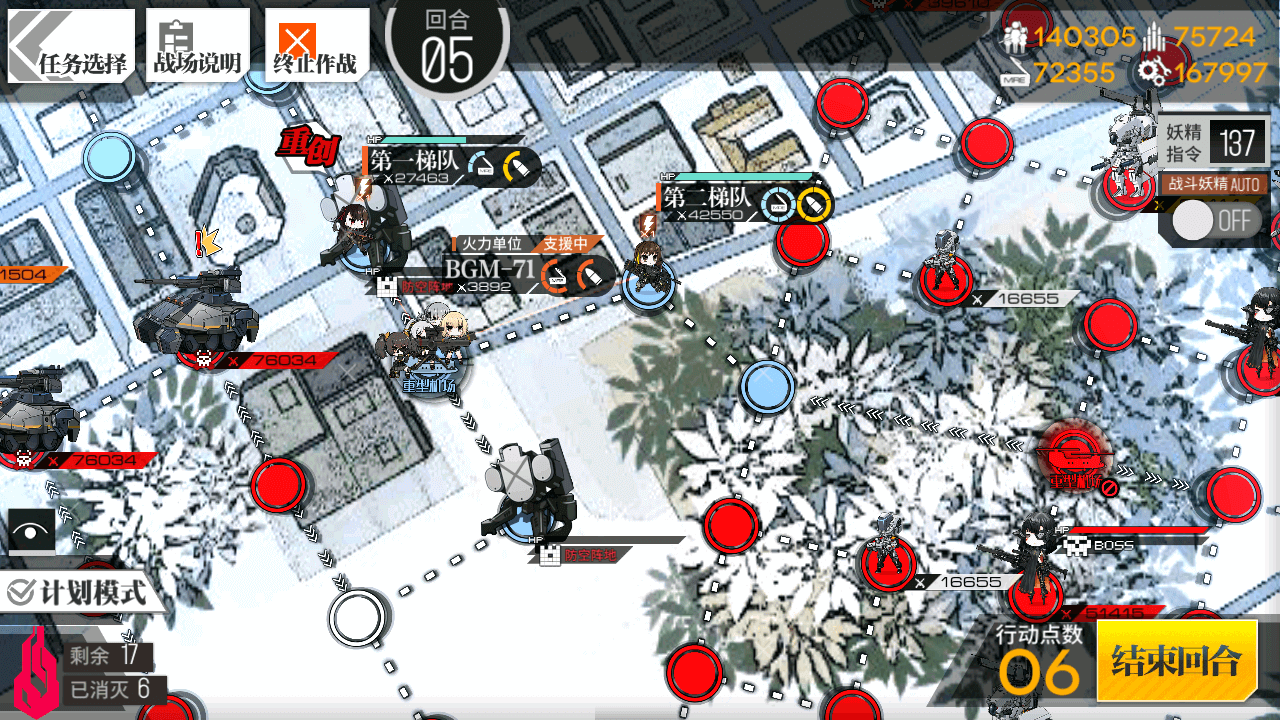 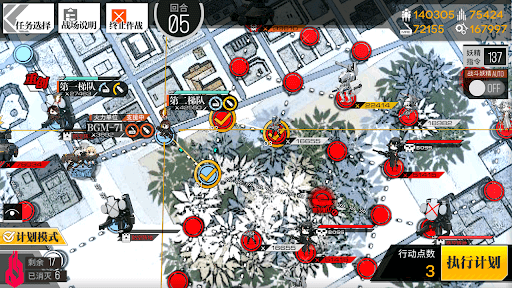 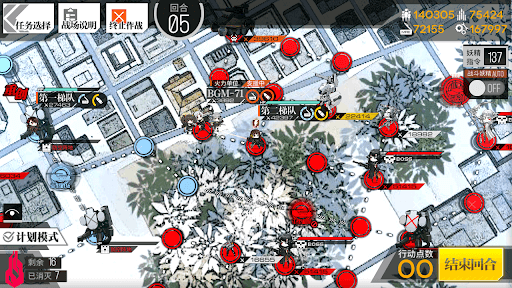 Move the Combat Echelon right, down, up, and to the right once again. BGM should follow as shown. 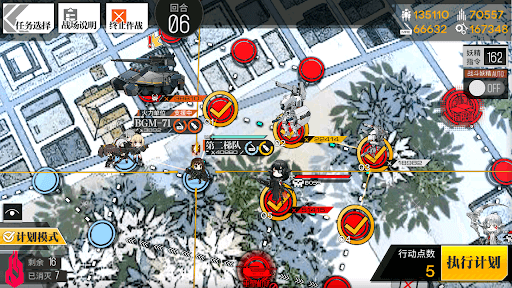 Move your Combat Echelon up, right twice, and then down again. BGM should follow behind while providing fire support. Engage the Black Nyto as well. She's the same as her Chapter 2 appearance. 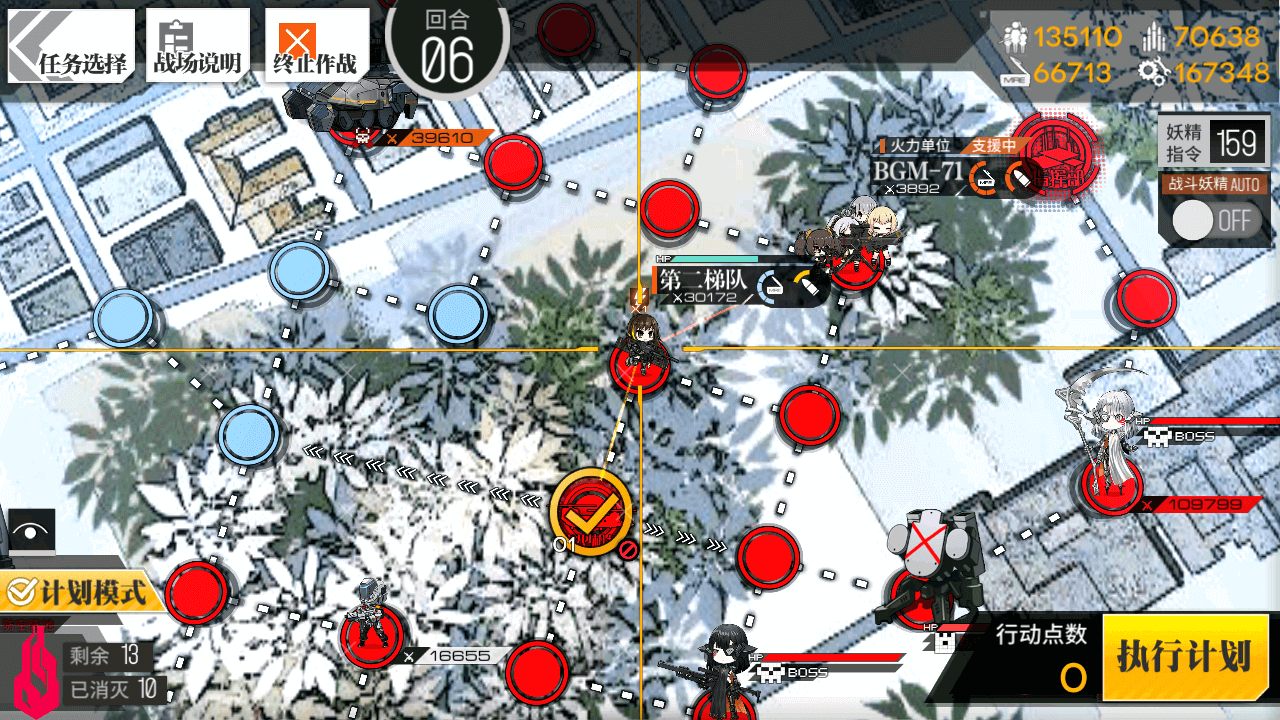 Move onto the Heavy Heliport to Capture it. 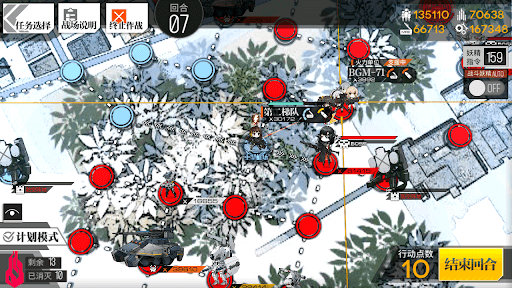 Move BGM down to destroy the AA tower. Repair and resupply your Combat Echelon. Engage the remaining Black Nyto. 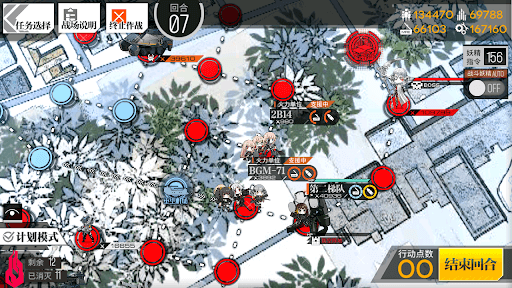 Repair and resupply as needed. If you have extra HOC, deploy them now. Any additional firepower that can be leveraged against the White Nyto is useful. The example will be using 2B14. 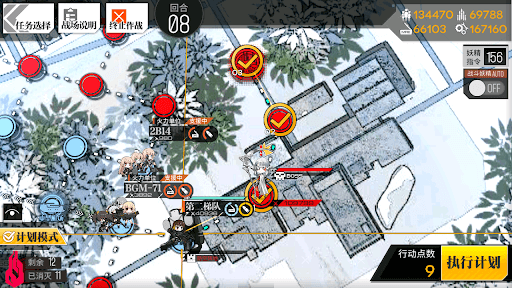 Move the Combat Echelon to engage the White Nyto and then up to the Command Post.

For the unprepared, the final battle of CT can be a chaotic mess. Not only must you engage Black Nyto, but a new opponent, the White Nyto as well. This fight operates in three 'stages'. Stage 1, White Nyto attacks. Stages 2, Black Nyto Attacks. Stage 3, they attack together, which is where this fight can get out of hand if Commanders are not careful.

Black Nyto retains her Obelisk Skill, whereupon she activates a shield, and starts to charge up. Break the shield before she completes charging to avoid damage, or Micro out of position 5 if you are not quite fast enough. Should she gain multiple charges, the attack radiates in a + pattern, hitting the whole grid at full charge. In chapter 3 she also gains the ability to 'Mark' Dolls in a random row. Marking a Doll reduces thier damage to White Nyto by around 15%. Don't worry about Microing to avoid this.

White Nyto features similar mechanics, with a different attack. Her Polarity Special Attack also involves a shield and charging up, with the primary diference being the White White Nyto's attack hits in rows, starting at the front, and working, hitting the entire screen at full charge. Again, do not let this happen. She too can 'Mark' Dolls in a random Row, which reduced Damage to Black Nyto by about 15%.

Of course, a Taunt Fairy more or less trivializes this fight, assuming a decent (~5+) Skill level.

Finally, GFC is hosting another speedrun event around this fight. All players can participate, and the event offers generous rewards for merely submitting, including 200 Memory Frags, Combat Reports, and Advanced Training Data. (A value of ~27 Combat Energy total), and other rewards. The Top 50 Runs will recieve a whooping 2,000 gems, so all Commanders are encouraged to participate! For more information see the page below, which includes all the rules, rewards, sample runs, and will be updated to include sample strategies as the event goes on! Best of luck Commanders! 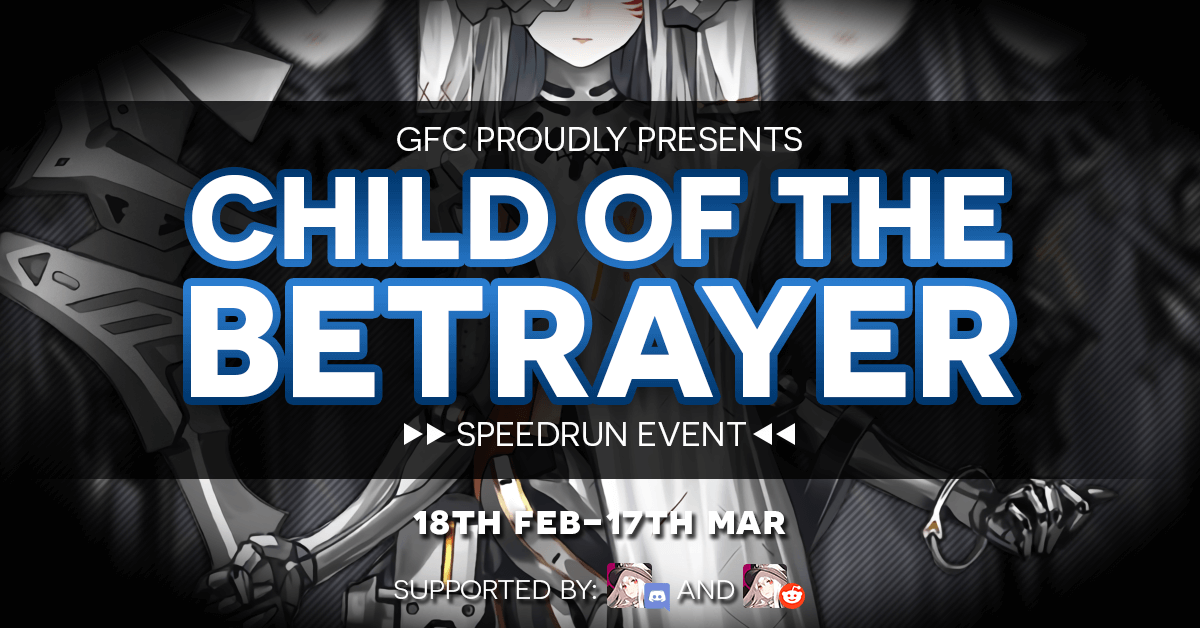