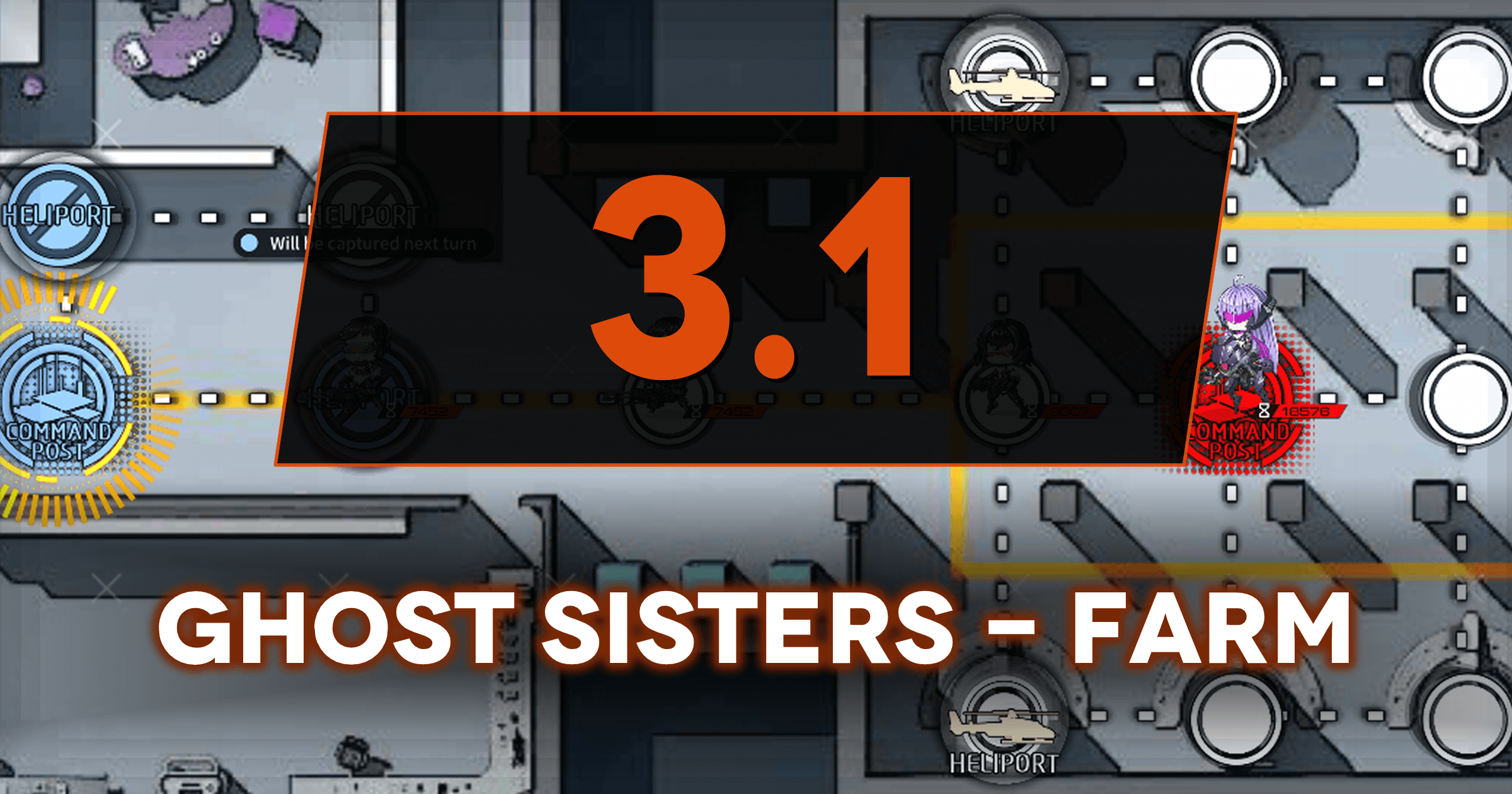 Unfortunately, 3.1 is not an improvement over 2.1 in that it also cannot be farmed without using a tank. This map also features the long awaited General Liu.

As always, this is a general guideline on farming teams for Ghost Sister Infinity to help Commanders who want to farm the map for one of the Limited Time T-Dolls. As always, Commanders are encouraged to adapt this farm to suit their needs and may require fewer or more Dolls depending on the rarity of their Fairies, Dolls and equipment available.

A small Q&A about this map.

Can I farm this map for Daily boxes?

Yes! While part of the spawns are RNG drop, there are enough AP points to plan out 2 turns to farm all the Liu nodes and capture the Command Post. Each Clear run gives 10 Boxes, which means Commanders need to farm this map 8 times for the Daily boxes.

What are the farmable T-Dolls in this map?

Should I farm the T-Dolls on this map?

Refer to Should you Farm Guide for more details.
TL;DR: Liu is highly recommended, while DEagle should be farmed for those who didn't acquire her in the past.

In this map Commanders will require a tank to consistently farm this map, especially Commanders with 2-3 star fairies. The team layout will be as such:

This map will make use of 1 Farm Echelon

If using M4A1 Mod, note that she will require another AR partner, and cannot have HGs on the team, otherwise her cannon won't activate.

RO635 is particularly good due to her low ICD. Commanders who manage to Mod II her are highly encouraged to field her, as to reduce the repair bill. Howerver, if Commanders find the repair bill excessively high due to the Dragoon node they map opt to field a SG instead.

It's not encouraged to field a grenadier, even 416Mod, as Dragoons arrive too fast in front of your Dolls before the Grenadier's ICD ends.

Veteran Commanders can use Kord with Nagant Mod and Python and a Beach fairy. This comp can consistently clear all mobs, including the Dragoon node, with only occasional damage to Kord.

This map requires capturing the Command Post to be cleared, so Commanders have two alternatives:

As you probably noticed, I mentioned RNG Ripper spawns. Half of the map spawns only appear after the battle is started, which means Commanders need to adapt their route to clear them out. In our testing, every Ripper RNG was possible to be farmed within two Turns

Above are example of RNG variation for the Ripper nodes.

Below is circled which enemies drop the Limited Dolls. 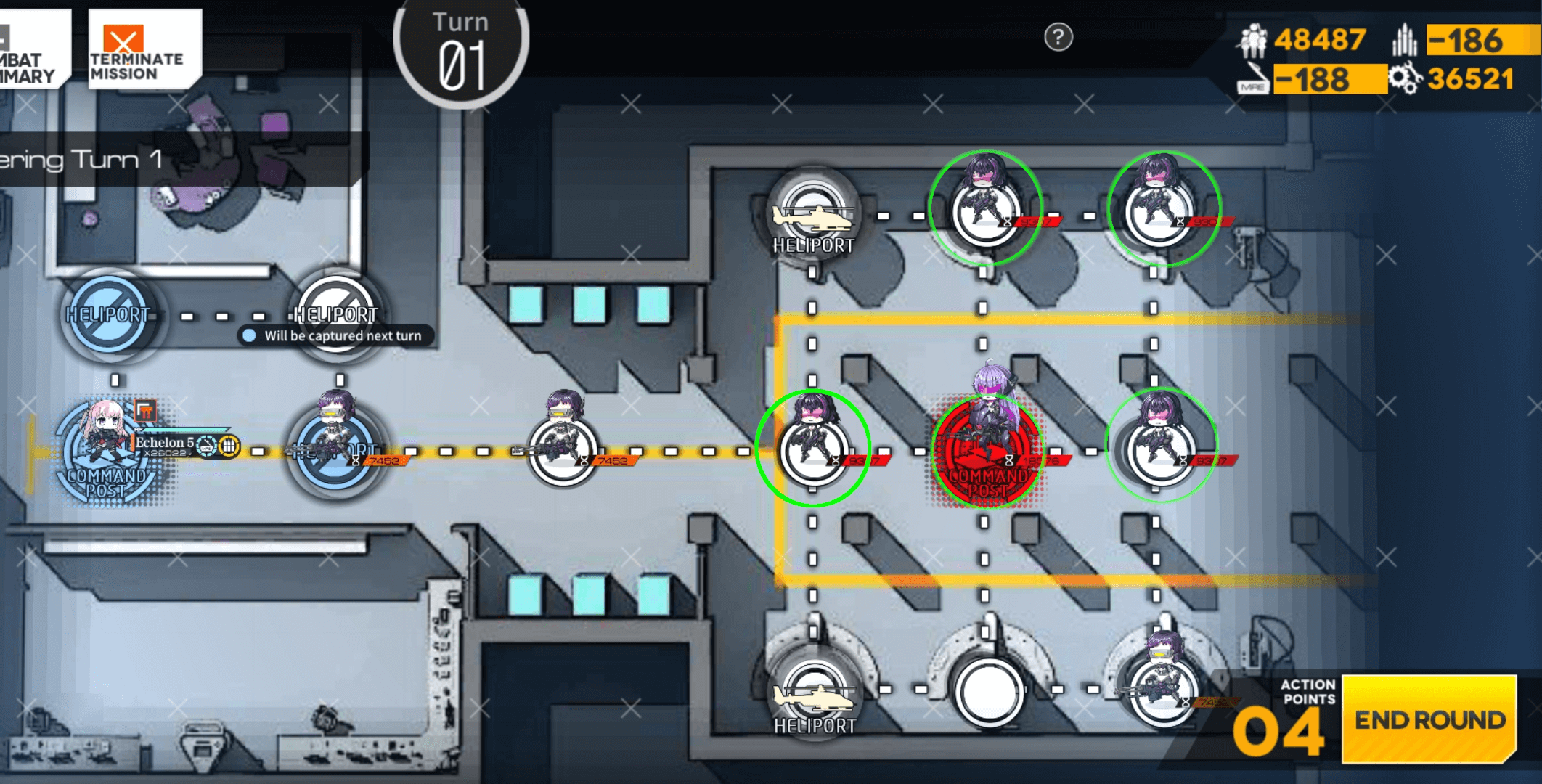 All credits to Ceia. Long he may live in our hearts and farms.