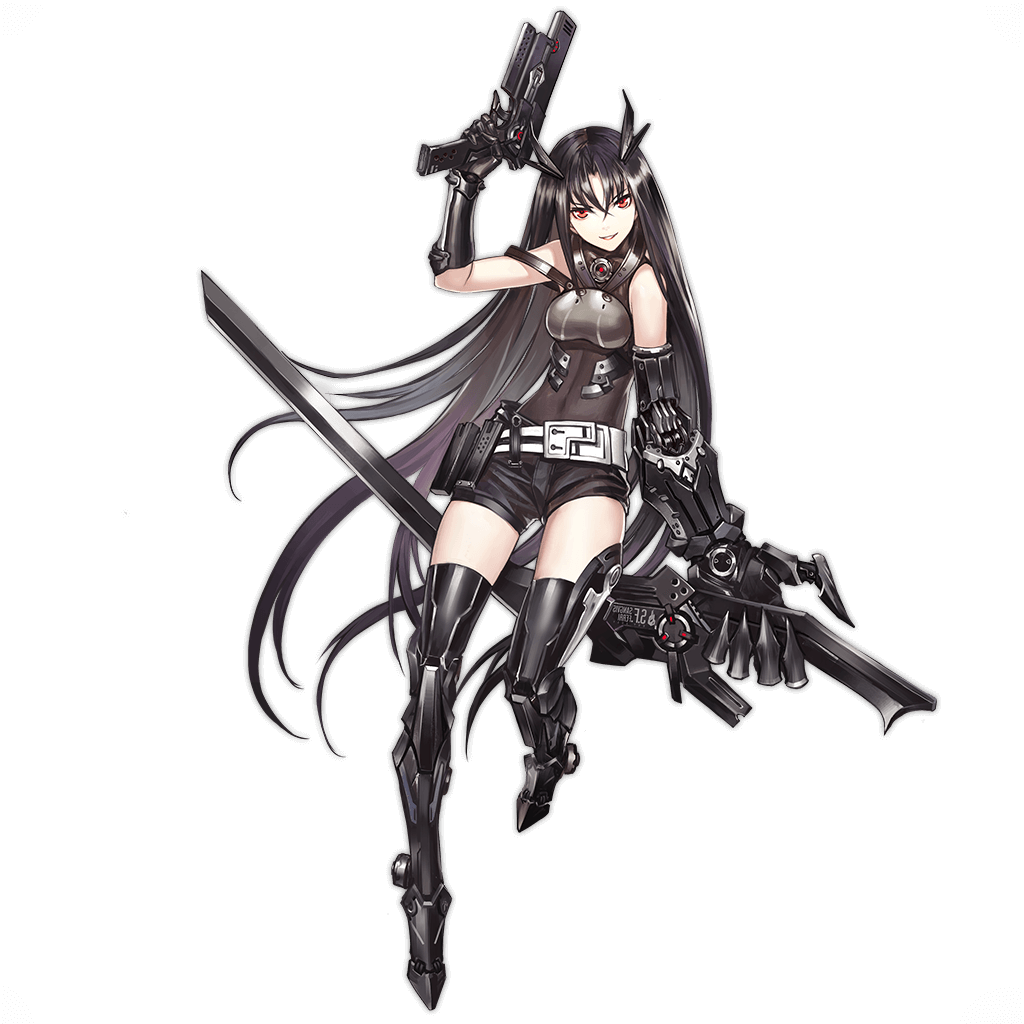 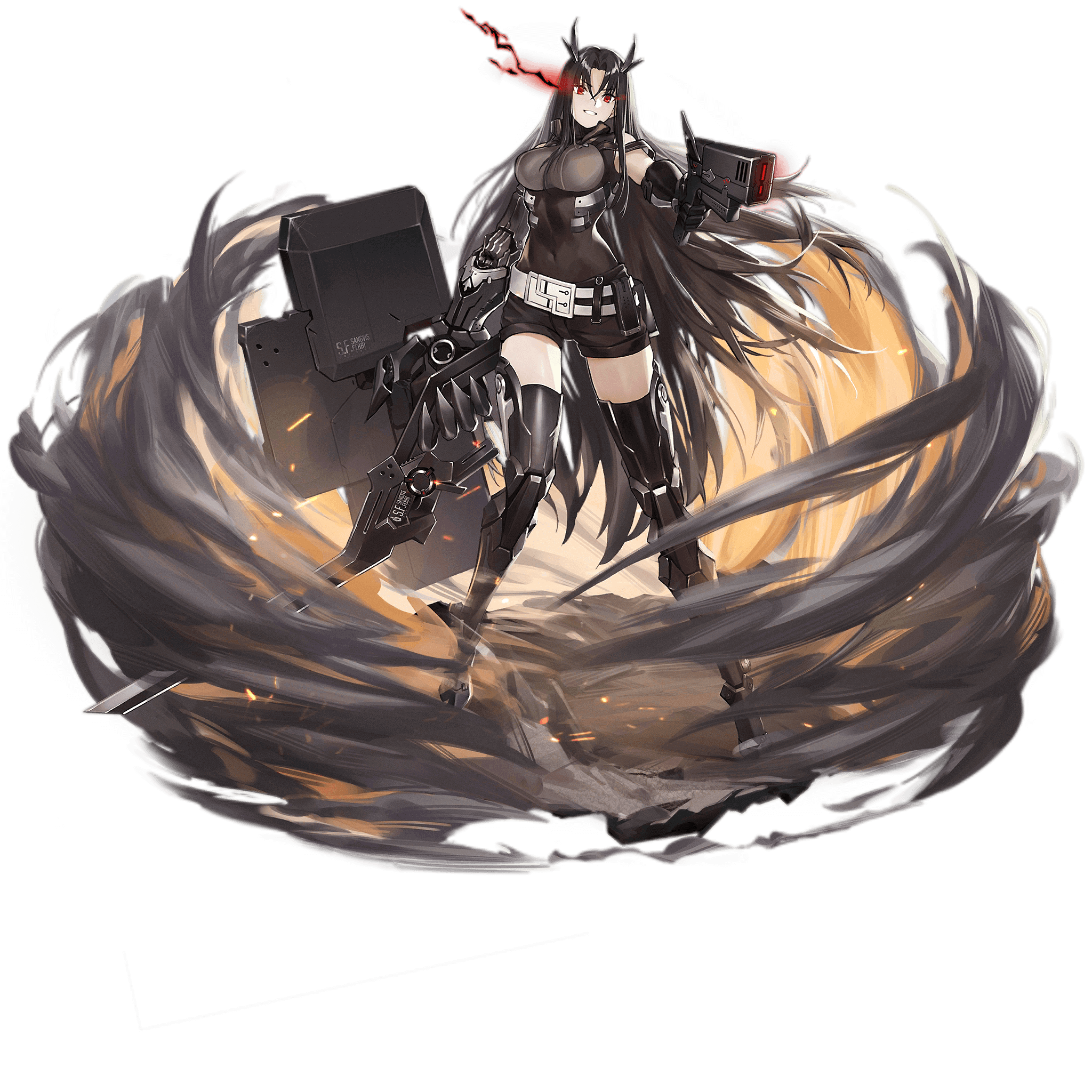 Executioners buffs are cumulative, so if a unit is tagged as Melee, she will provide them with 4 buffs. Her buff to Melee units, even prior to Peak Value Analysis, is nothing to sneeze at. Accuracy is a mixed bag, but any benefit to Melee units is nice, as they tend to be underwhelming. The primary Melee units used, Aegis(SWAP), Dragoon (SWAP), and SWAP Rippers have relatively high base Accuracy already, and other, less utilize Melee units typically struggle for reasons outside of hit chance, so do not feel obligated to force Melee units into an echelon with Exeuctioner.

Her Crit Rate buff is somewhat underwhelming, as SF units cannot use standard Equips to raise Crit Rate, and the majority of units have a poor base Crit Rate. The exceptions are generally Ringleaders, who cannot be paired with Executioner, although Jaegers stand out here with a massive 50% base Crit Chance. All units appreciate Damage, buffs, no matter the amount.

She runs forwards, gets focused, and dies. -> Ceia.

While somewhat depressing this is not an inaccurate summary of Executioner. While her Damage output is high, in order to get the most out of her, Executioner needs to enter Melee range, and it is here the self-sabotage begins.

We'll start with the good. Executioner's Damage output is theoretically quite high, and she does feature some degree of AoE, along with an elevated critical hit rate. Almost all of her Skills do feature some degree of survivability boost, either in the form of HP Shields or Evasion. Shatterfrost's boost in Damage offers solid value at level one, although due to the nature of the DPS race in GFL battles can be of limited benefit.

Now for the bad.

First, Executioner's movement speed buffs mean that she is highly likely to make contact with the enemy prior to other melee units when in Melee mode. This is not a good thing, as outside of her relatively limited duration shields, she has no means of increasing her durability, such as Armor, and with enemy Damage rising quickly, her shields do not last long. Without any significant means of boosts her survivability, Executioner tends to merely attract attention and get shot. Her ranged attack mode is fine and can be argued to perform better in some situations than her melee one, but requires sacrificing many of the goodies from her Skills. There are some other quirks to melee units as well, including enemies slipping past, and having to run back to stop them, or just not stopping them at all. Finally, due to her Highest HP targetting, Executioner can be prone to smashing exactly the enemy you do not want her to target, functionally wasting her Skill.

In the end, Executioner struggles to compare to her compatriots.