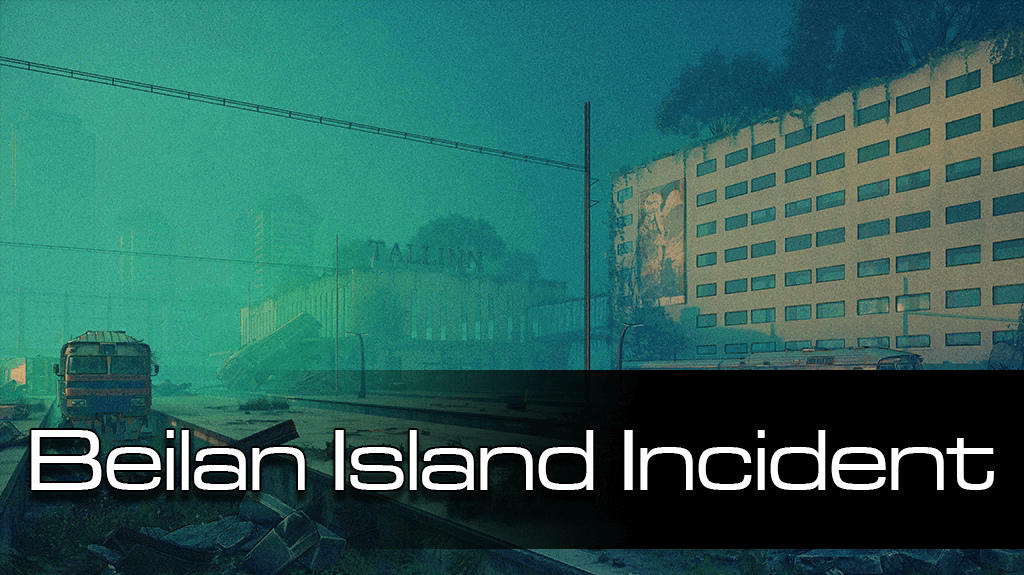 While not the first incident involving the mishandling of Relics by humanity, it is without a doubt the most impactful as it not only reshaped the world order, but also the landscape itself. This incident is the one which results in the current state of the world within Girls’ Frontline.

Many years of destructive exploration and development of the surrounding city led to the barrier walls of the Relic in Shanghai to become breached, resulting in the leakage of Collapse Fluid radiation into surrounding areas. This caused ELID within inhabitants of surrounding areas, and due to the city’s inexperience in handling circumstances involving this affliction, the area merely became a quarantine zone.

A unit of peacekeeping officers called SCAPF, Special Circumstances Armed Police Force, was eventually formed to handle the issue of ELID creatures and watch over the relic site. As incidents became lesser, the site was eventually locked down and separated from the city region.

In 2030 seven middle schoolers snuck in the quarantine zone and infiltrated the Relic site. The children came under attack by ELID infectees and SCAPF was deployed as a rescue effort. The task force attempted to seal the entrance to the Relic with explosives, however this caused a chain reaction within the facility which housed many capsules containing Collapse Fluid and resulted in the detonation of the Beilan Island Relic site. The neighboring city was instantly vaporized and Collapse Fluid was vented into the troposphere while crystalline containers containing Collapse Fluid were launched across the globe after propulsion systems were activated as a result of the sudden meltdown.

During Rossartrae's investigation of the incident, he found that the operation logs of the deployed SCAPF team was not sufficient in explaining why such an intense explosion occurred in sealed, and armored Collapse Fluid crystal capsules. He claimed that our current knowledge of Collapse Fluid and Relics illustrated that a detonation of Collapse Fluid that could trigger a chain reaction was only possible with the use of laser igniters. Rossartrae found it impossible to believe that the middle-schoolers or the SCAPF team had the ability or even the equipment to do such a thing.

To date, humanity remains unable to enter Beilan Island to directly explore and verify the situation.

Capsules containing Collapse Fluid were recovered by companies dealing in Relic technology and transported to Salt Lake City and Phoenix. The irresponsible cracking open of these capsules led to a massive explosion which plunged the West Coast into disaster.

The North American Exclusion Wall, a 2300 kilometer long boundary in the middle of US and Canada was erected, preventing refugees from entering the East Coast Green Zones. The wall stretched from Port Arthur in the south to Winnipeg in the north. At this time, the West Coast was a Red Zone of contamination and anyone on the west side of the wall was abandoned.

Collapse Fluid dispersal from the troposphere affected the Korean Peninsula with the west wind blowing a fog of Collapse Fluid to the west coast and its western mountains. The high concentrations of Collapse Fluid resulted in severe casualties in both the DPRK and ROK. The UNRA was ordered to establish a safe zone in the ROK with the aid of US garrison forces in South Korea. They took in roughly 1.1 million South Korean survivors, with strangely none from the DPRK.

The DPRK remained silent and according to American aerial surveillance, North Korea had used the tunnels beneath the mountains to shelter roughly 5 million people on the northern edge of the DPRK.

In 2032 there was a Congressional hearing about the Beilan Island Incident investigation. A string of witnesses testified that the American President had ordered the US army to maintain lockdown of the Military Demarcation Line, preventing DPRK survivors from fleeing across the MDL unless DPRK accepted a series of harsh demands from America.

On March 3rd, the DPRK army artillery opened fire on the capital of Seoul, while soldiers used secret passages to cross the 38th Parallel, until they reached the heart of the ROK and launched an attack. This was the start of the Second Korean War.

Despite the close proximity to Beilan, The Japanese Archipelago was in a far less dire situation than one might expect. The only part of Japan that was directly showered with Collapse Fluid was Kansai and coastal contamination was the Kanto Region’s biggest contender. This was aided by the Kuroshio Current and the change in the direction of the Far East winds. The radiation level in Hokkaido was so low that humans could move around outside without protective equipment. Hokkaido was the sole low-contaminated island chain in Japan, and it was the final safety barrier for the Japanese government, where they eventually relocated to.

The UNRA set up the Tokyo Safe Zone in Tokyo with the utmost haste and by the middle of April had taken in over 1.2 million survivors from surrounding regions. The high capacity of the Tokyo Safe Zone was in part because the UNRA had much more support than in the Korean Peninsula - because Japan was safer, politically speaking, than Korea - and also because the Japanese were very cooperative with the UNRA. This meant that the UNRA was able to commandeer several dozen buildings and subway systems that made for excellent shelters.

The strong infrastructure of the buildings and tunnels in Tokyo made it so the structures only needed minor remodeling to resist the effects of Collapse Fluid Radiation. The Japanese safe zones even became a model for establishing safe zones in the wake of the Beilan Island Incident.

The UNRA had its Tokyo staff analyze changes to the ecosystem, as the region was in position to provide less hazardous study. Aside from Beilan, the only other examples of Collapse Fluid contamination came from Vietnam and Afghanistan a little over fifty years ago and those wide area contaminated zones were far inferior to the contamination left behind in the wake of Beilan. It was an opportunity the UNRA could not afford to let slip away even while in the middle of conducting rescue operations.

The Tokyo Safe Zone was soon upgraded to the Tokyo Protected Zone following its success. The UNRA requested the Japanese government arrange for a safe passage leading from Tokyo to the low-contaminated region of Hokkaido. However, the intervention of the US military caused reduced living space for the survivors as a result of their wanting to maintain their military presence in the region. This led to discrimination against refugees in Hokkaido.

Intense debate arose within the Japanese Cabinet over the matter of taking in the survivors from the Tokyo Protected Zone, but they did not reach a conclusion. The anti-intake faction of the cabinet then enlisted support from the US military. The UN Security Council suddenly found itself in the awkward situation of being unable to legally prevent the situation from deteriorating as the anti-intake faction had seized political power within the cabinet with the US’ aid by arresting pro-intake cabinet members on charges of endangering and destroying the “Japanese Constitution”, and then denied any interference with Japanese politics by the US.

Hokkaido was then isolated from the rest of Japan by destroying the Seikan Tunnel, and severing all land-based routes. The US 3rd Fleet locked down the Tsugaru Strait, making passage to Hokkaido by water impossible. At the same time, the UNRA was expelled from Japan after the new Cabinet made an announcement that the UNRA was “endangering the peace and safety of the nation”. The Tokyo Protected Zone immediately descended into struggles for resources, and the JSDF’s ability to maintain order collapsed in the face of abandonment by the Japanese Government.

To this day, nobody knows what happened to the survivors in Tokyo after the collapse of the Protected Zone.

Collapse Fluid clouds generated by the Beilan Island Incident did not spread to the Far Eastern regions of Russia, but capsules launched from Beilan had landed between Russian borders. The Collapse Fluid released from breached crystalline capsules engulfed the Siberian Railway and the Baikal-Amur Mainline, leading to an interdiction of rail traffic to the Far Eastern region. Because the leakage was ground-based contamination and from the upper atmosphere, air routes to the Far East were still open.

The Far East swiftly fell under the Bolsheviks’ control, who were operating in secret. The Bolsheviks used their regional power to provide aid to the Far East provincial government which had lost commands, and the evacuation efforts of the emergency departments. The Bolshevik influence within Russia grew as a result and collapse of the regime was in sight yet again along with another round of “reshuffling” within the government.

I've heard the rate of survival here is only 0.6%.