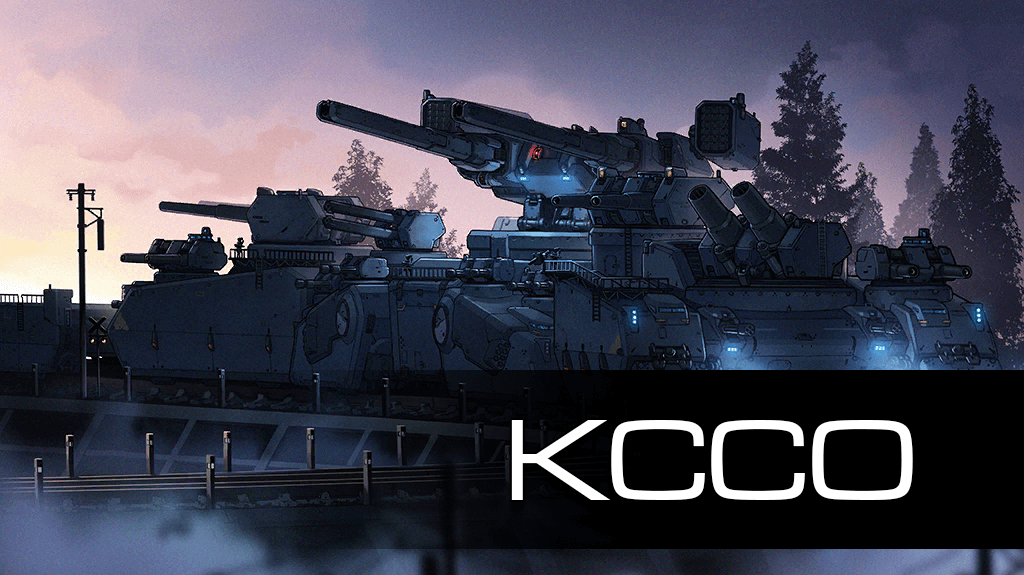 The KCCO is an independent unit of the regular army of the New Soviet Union under Brigadier General Carter’s command. Most of the human soldiers within KCCO are highly trained veterans of World War III.

Additionally this article will also briefly look at the Belgrade Defense Forces as there may be some confusion in differentiating between the two in the Isomer event.

Consists exclusively of infantry (both Human and Doll) and armored ground units and is not supported by either the Air Force or other military branches.

The KCCO has access to a wide variety of military Dolls ranging from basic humanoid models, small scouting and mine laying robots, energy shield generating drones, robotic hounds, armored mechanical units of various large sizes, and of course, tanks. Giant, multi-track artillery trains and Assault Artillery mechs capable of both high-speed and firepower are among the Human-controlled ordnance. Advanced units employ both particle weaponry and traditional ballistic munitions while basic units, such as the Cyclops, use only one type.

Military Doll performance is well above that of civilian or paramilitary Dolls, however, military Dolls are not capable of autonomous thought and therefore require preset orders or commands given in the field by a human Commander.

The Aegis, Cerynitis, and Hydra are newer versions of SF models. The previous counterparts being the Aegis(yellow variant), Nemeum, and Manticore, respectively. It is unclear how many models, if any at all, are of a different manufacturer than Sangvis Ferri. It’s known that IOP produces military models, although it is never mentioned what they are or if players have encountered them.

It is stated that if the KCCO had been serious about wiping SF out, it would’ve taken only three days. This was nearly accomplished with three mixed companies of Humans & Dolls while the armored units, including Typhons and Hydras, waited on the sidelines.

The military-grade defenses on KCCO’s computer systems boast a quality that even dedicated Electronic Warfare (EW) Dolls cannot penetrate under normal circumstances and are capable of physically burning out the Digimind of the hacking Doll.

For General Carter, and other soldiers directly involved in conflicts between warring countries in World War III, the post-war peace period and on-going peace talks with the Pan-European Alliance was something that could not be accepted. KCCO resents the war being forcibly terminated, despite the nation’s growing advantage with victory in sight. It is seen as nothing less than betrayal to the soldiers who served. Therefore, it is KCCO’s desire to control relic weaponry to foil their government’s plan to form a coalition government with their former enemies and reignite the tensions of the previous war.

Moscow is aware of the plot, however, the situation is delicate and could potentially result in a civil war if matters are not handled carefully. No proof of the KCCO’s coup d’état attempt is readily available and if Moscow takes action without evidence, it shows weakness to neighboring countries of their inner instability and affects Russia during the on-going peace talks. Because of this, other branches of the military are unable to act due to potential political ramifications.

KCCO spins a narrative under the guise of wiping out a terrorist organization during a publicly televised joint operation in order to openly act without opposition from the government. 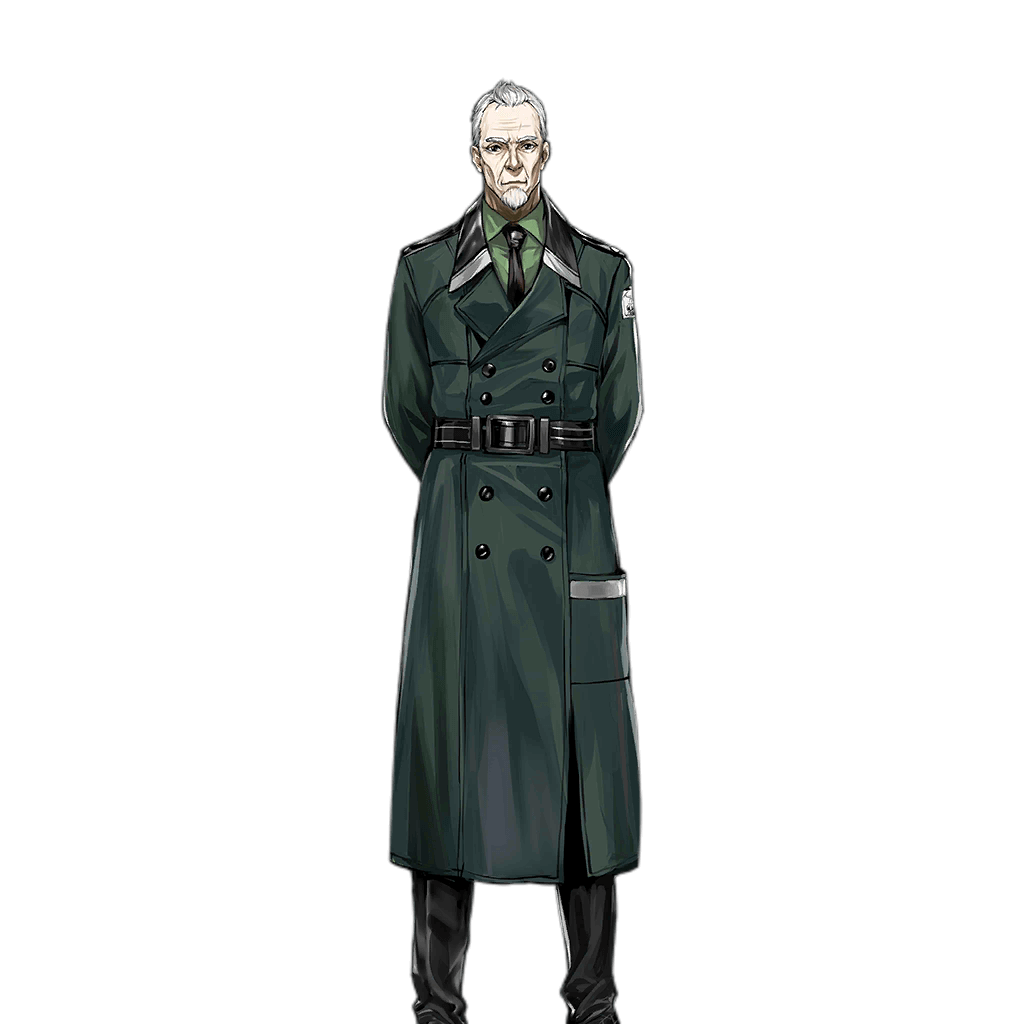 Carter is a Brigadier General of the New Soviet Army and Commander of KCCO. He is a veteran of military service for more than 30 years. Carter was once Kryuger’s superior, enabling Griffin to get away with many illegal acts, such as having a force of Dolls larger than what was legal for PMC companies and arms smuggling. He also supported Kryuger’s investment and employment of Tactical Dolls.

In 2032 Carter led an operation to eliminate a threat by rebel troops to detonate a secret relic site installation, OKB-413, near Minsk. 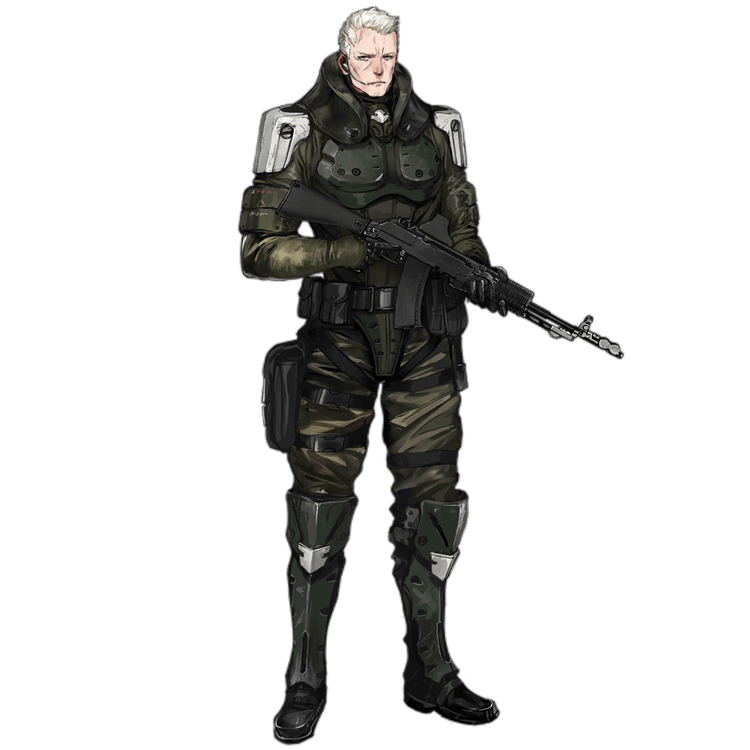 Subordinate to Carter and field commander of KCCO’s forces. Served in World War III. He fought against the western countries in Germany.

Supports the use of Doll technology in warfare, like Carter. He considers Dolls tools to be used to obtain victory and so he disregards civilian Dolls, like the ones G&K employs.

Yegor has a close bond with the soldiers he serves with. He has a family and is regarded by his neighbors as a quiet, but kind man.

The army, police, and military police of the neutral city of Belgrade. It is a force of Dolls and humans that has nothing to do with the Soviet Army.  The faction is introduced in the Isomer event.

The units, and turn change logo are the same as KCCO during gameplay. However, this force is not affiliated with KCCO and simply uses the same game assets.

These assets are used to represent rebel forces, the Purification Wall garrison forces, and other armed units within Belgrade.

A majority of the humans which make up this force are new recruits or have little actual combat experience.