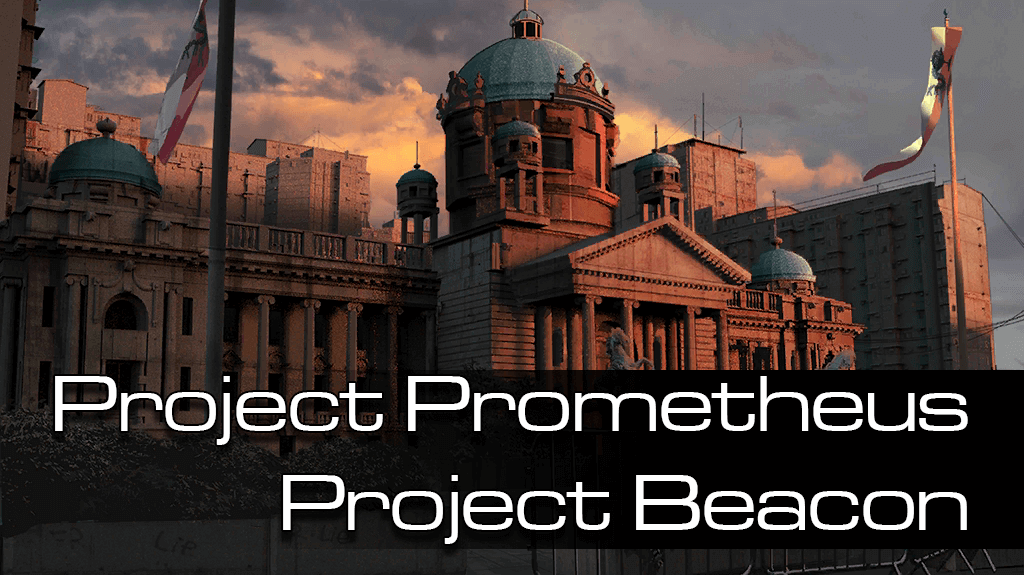 The United Nations Relic Agency (UNRA) was founded in 1992 with the goal of protecting mankind from the dangers of Relic technology by controlling and protecting said technology, as well as to spread cultural communication and extensive education as indispensable measures to preserve human dignity and eliminate fear born of ignorance. To develop cooperation between the signatory countries, exchange methodologies and to use those methodologies to halt the development and manufacture of Relic weapons, to dispose of all stocks of such items and to peacefully use all applications of Relic technology. The UNRA was also responsible for mediating disputes between nations concerning Relic technology and providing humanitarian assistance in the face of Relic-related disasters.

In April of 2033, the UNRA was ordered to remove all of its staff from American soil. The spread of activism related to Relics and violent conflicts because of Rossartre’s publicly available theory known as “Rossartrism” indirectly led to this outcome. All members of the UNRA were expelled from America within 6 hours. 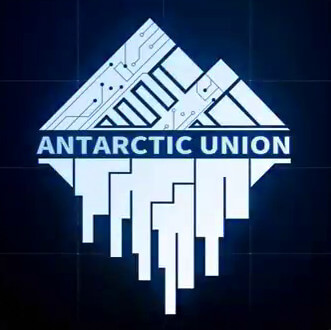 The goal of “Project Beacon” was to develop the Relic base discovered in an Antarctic Hollow into a doomsday shelter. Members of Project Beacon began calling themselves “Beaconists”. Sir Thomas Sorell Huxley was the prime driving force behind Project Beacon and the last Chief Director of the UNRA.

In 2025, development began of an enormous Relic Hollow beneath the Antarctic with funding from the UN Security Council. The structure of the base, designed by Li Deming, was a three-dimensional superstructure which became renowned in the world of architecture. It became the largest Relic base in the 21st century. Eventually the waning UNRA relocated its offices to the Relic Hollow.

Project Beacon drew vast investment from the rich, powerful, and civilian companies. As the Relic base was operating independently, it would no longer be under the influence of any country, and it was the least likely of any organization to be drawn into the fighting of the predicted World War.

The Relic city could accommodate nearly 10 million people and possessed barrier doors to block out Collapse Fluid weather systems and ocean currents. The core of the city - a piece of Reverse-Collapse technology, was believed to be capable of handling any apocalyptic scenario. Major politicians of the world, various wealthy individuals, and the leading expert technical personnel in the world received invitations to join “Project Beacon”. In the event of a breakdown of the global situation, the members of the UNRA would use dedicated vehicles to transport the relatives and children of project members to the Relic city.

In 2040 the activation signal for Project Beacon was sent out as tensions within the United Nations General Assembly began to flare up. A great deal of materials and manpower began flowing into the Antarctic base in the four years before and after the signal was sent. The population of the Relic city swelled to roughly 1.42 million by 2041 from talented technical personnel being imported along with their families, wealthy individuals and the ever-increasing number of government personnel. The population was numbered at 9.6 million by January 1st, 2045 with 1.2 million being upper class citizens of various countries, 2 million being security personnel and UNRA staff, and 6.4 million regular workers.

The population within practiced classical socialism with a regular pattern of hibernation in sleeping capsules. Upper-class residents remained awake for long periods of time, pursuing art, recreation, and living as they pleased, only opting to hibernate when they grew bored. Management-level staff, which included UNRA members, scientists performing on-going research, engineer teams, and security personnel remained awake for long periods as they continued development of the Relic base. Working-class residents often hibernated for long stretches of time, and when they were awake, they served the upper-classes and performed various jobs to keep the base’s facilities operational. Most members of the working class preferred hibernation over being awake and propaganda within the city convinced them their situation was far better than the world outside, wrought with the fires of war and dangers of contamination from Collapse Fluid Radiation.

“Hollow City” closed its doors in 2045 as World War III broke out and announced itself as an independent nation before entering a 20 year-long period of silence. 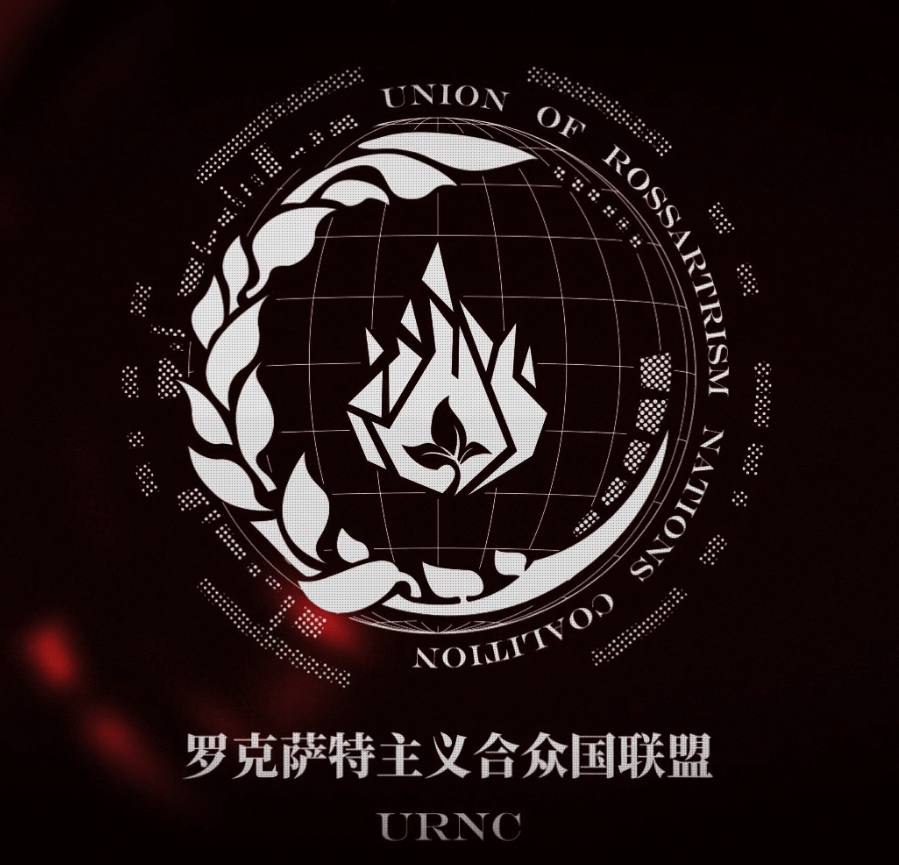 The project participated in the Siberian Lifeline Program in 2032, which aimed to restore the SIberian railway and adjoining production facilities and have them up and running 24 hours a day through the use of newly developed Autonomous Robots. Havier Weitkin was the manufacturer who won the bid for this program. The project members from the UNRA believed the development of Autonomous Robot technology would be key to the success of the project. Project Prometheus continued working with Havier from this point on.

This lifeline was the first involvement of Project Prometheus and it was both aid and a test for the Russian people who had just overcome the Second Revolution. It was believed they would be the survivors of the upcoming war and the railway would serve as assistance to those survivors.

The North European defense-industrial complex explored possibilities of using Collapse-related technology and Project Prometheus members aimed to put a stop to that by any means. It is unknown if they succeeded or what they attempted to do, if anything.

During the Northern Lights incident, the members of Project Prometheus conducted an emergency evacuation of the affected regions and attempted relief efforts. The contamination in Central Europe directly led to East and West Europe taking sides against each other; worse yet is the issues between refugees and society that threatened to shatter the already fragile social order of Europe. There are implications that the Project possessed Relic technology could have aided the situation. but there were fears of it being militarized. It is unclear if this technology was deployed or not.

As the threat of World War III loomed, the project began to take a more sinister turn. The council of members in charge of Project Prometheus were aware of what the impending war would bring and were prepared to make necessary choices - and sacrifices. Project members sent weaponizable technology to Eastern Europe in order to guide the war in a direction fitting the project’s plans.

At the same time, the project council aimed to pick a winner for the upcoming World War and manipulate events to lead to that end. Their work in North America was entering the public phase, spreading the doctrine of Rossartrism, and neutralizing North America’s influence and power by giving rise to a civil war.

The choice was made to support Russia following its success in the Siberian Lifeline Program and its handling of the Second Revolution in 2032 - having had access to relic weapons, and not only electing to not use them, but prevented rebels from doing so as well at the secret Relic installation, OKB-413 in Minsk. Havier was involved in this incident as a member of the Army's Engineer Corps at the time. After the war ended, the project council considered how to enlist the Russians’ help in wiping out certain stubborn factions.

Prometheus’ correspondent on the European continent to move the project’s pieces and to clear the way is a man named “Griffin”, who founded an information agency out of Germany known as WAVE. He was vouched for and recruited into Project Prometheus by Major-General Isaac, the mastermind of a secret intelligence agency of an allegiance which has yet to be revealed. Griffin is referred to as the best in his field during the start of World War III and offers a web of contacts spanning Eastern Europe, analysts, relays and executors. He recruited Berezovich Kryuger and convinced him to start the PMC Griffin & Kryuger with blessings from unknown investors.

The backbone of Project Prometheus is the use of Autonomous Doll technology to restore and operate the production facilities in contaminated zones around the world, otherwise there will not be enough materials and agricultural products to sustain humanity. Such an engineering plan will require a tremendous amount of investment and a very harsh premise to be met: A unified system that eliminates time spent on turnarounds due to tariffs, customs, and national borders - a grand gesture only possible by a “world-class” government.