2/23 update: Added infographics showing which objective leads to which route.

Continuum Turbulence implements the backtracking mechanic, which is mostly used for storytelling purposes. Each chapter features a number of branching paths, indicated by maps with multiple possible objectives (clear methods). Depending on which clear method is used, a different path is taken.

When Commanders reach the end of a ‘route’, they will need to backtrack. This does not reset their clear progress, but will reset the branching nodes so that the player can attempt clearing the other route to continue the story.

In total, CT features thirty stages, of which a total of thirteen have multiple clear options. 43 total map clears will be required to finish the entire event - in other words, reading through the entire story and reaching the True End. Tip: Because the "Bad End" maps still give clear rewards, players should aim for 100% completion by finishing every route. There's no reason to avoid the bad endings because you are intended to clear them and backtrack!

Generally speaking, the simpler objective will lead to the bad endings. You can always backtrack to unlock the other ending, so you don't need to worry about clear order (as long as you finish every map eventually).

Unlike CN, there is no penalty for backtracking; you can spam it as much as you want if you aren't sure whether you need to backtrack or not. Continuum Turbulence introduces two new factions to the battle, the mysterious Paradeus, and ELIDs. Each faction brings with it new enemies, many of which feature new abilities and require in battle control of units to defeat.

Two new Bosses are also introduced in CT. Referred to as Black and White Nyto on account of their coloring, they will be covered in detail when they appear.

Anti-Air Turret: Prevents nearby helipads from being used.

Artillery: Supports enemy echelons in range like a HOC and bombards your units.

These can be destroyed either by HOC Bombardment from afar or via walking an Echelon onto the node it occupies. While the Heavy Ordnance Corps (HOC) units were released prior to CT, this is their first real chance to shine, with some maps effectively requiring their usage to complete.

HOCs are invaluable during CT to deplete Paradeus shields, and in some cases used to destroy enemy emplacements. For both of these purposes, BGM-71 is the ideal unit, and Commanders should focus on training her before all others. All chapter guides containing HOCs will assume the usage of BGM-71 unless otherwise specified. Even players with unleveled HOCs can expect good results if their echelons are strong enough, although leveling your HOCs via EXP Training is highly recommended.

All Commanders are highly encouraged to read the introduction and guide to HOCs below for the full details about these new units and systems. Supply Boxes can be earned by defeating any enemy BOSS unit in an event stage. The recommended farming map is included in the All-in-One Farming Guide.

All Commanders can farm 60 Supply Boxes per day easily; as these offer a sizable influx of resources as well as a chance at rare and useful T-Dolls, everyone is encouraged to farm this daily as the returns are very worthwhile for the short amount of time required.

See M82A1's full analysis on her character page linked below. The limited drops in Continuum Turbulence are extremely lucrative; while Python is certainly a must-farm, the numerous other T-Dolls available are well worth getting a copy of.

For more information on effective farming, please check out the All-in-One Farming Guide! 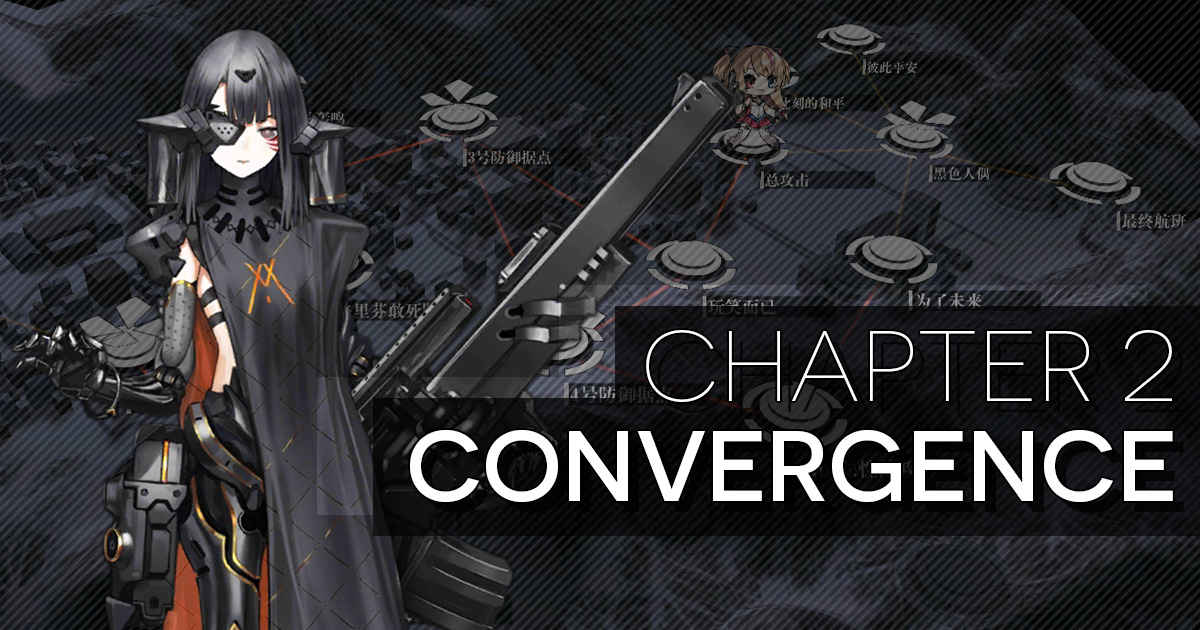 Clear the map without deploying a HOC.

Cause the hostage to die. (Rescuing the hostage with a Dummy Echelon then suiciding/retreating it will work)

This can be achieved by stepping on the ? nodes at the east side of the map.

Rescue the full-HP hostage without participating in a single battle. (Pacifist ranking run) Most players should at least attempt the ranking stage once for the free Gems in the participation rewards, and players who make a serious attempt should have no problem reaching the score cutoffs necessary for the special equipment, even if their teams are relatively weak.

Want ranking rewards but don't have the teams? No problem! You can acquire a sizable sum of points without any fighting by following this pacifist ranking guide by Ceia.

If you do it well, you may even be eligible for the 50% cutoff!

Prolific ranker and GFL EN guide writer Ceia will be rushing to the Ranking Stage of Continuum Turbulence on day 1! Check out his stream below if you happened to luck into this article while it's ongoing.

Chapter 9-4N: The Way Back is Paved with Light IV

Chapter 9-3N: The Way Back is Paved with Light III

Chapter 9-1N: The Way Back is Paved with Light I