HOC Rate-Up Analysis Priority: Who should I roll for? 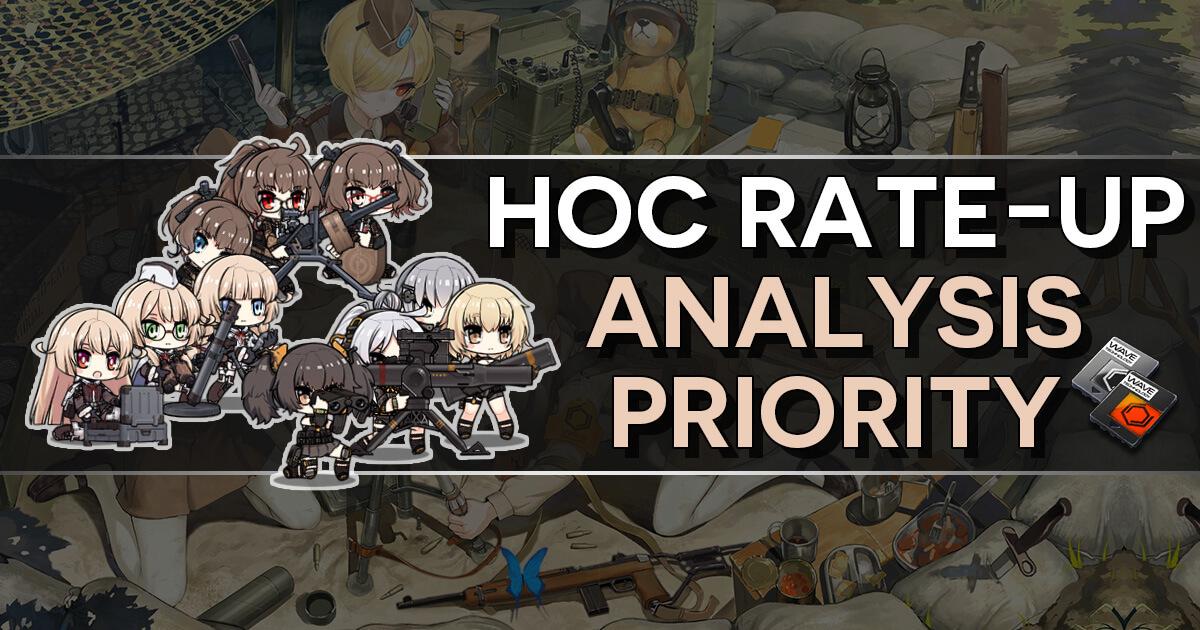 Another Central Data Analysis Rate-Up Event will be coming Girls' Frontline EN after May 8th.

5/8 update: Updated the dates, and added an extra mention about players who maxed out all their HOCs to the FAQ.

The currently-released HOCs will be put on rate-up on rotation throughout the event period (see current server time on the GFL Gamepress front page header or in-game on your character info page):

During each rate-up, the chance of each acquired Central Data being the one on rate-up is significantly increased!

Note: Since the total amount of Central Data acquired is unchanged, commanders who didn't save up any data beforehand won't be missing out on much. 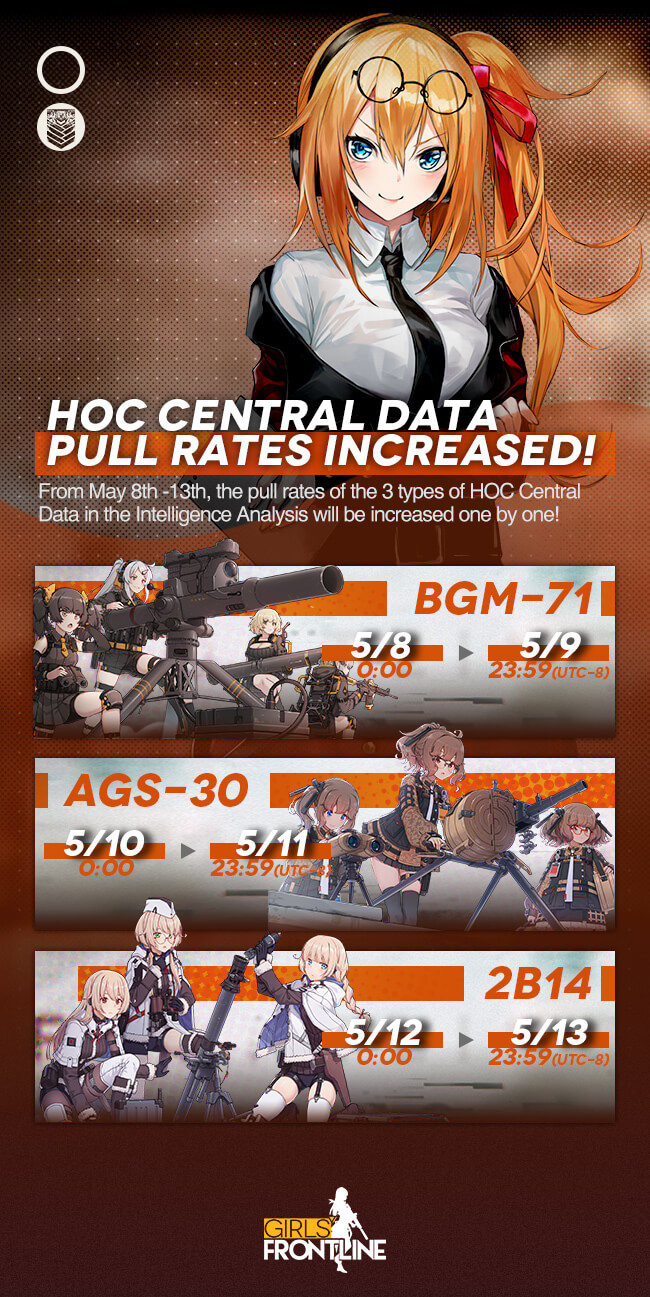 Contrary to popular belief, it is not optimal to focus BGM-71 during this rate-up event.

Even though BGM-71 is the strongest HOC for shield breaking, she does her job so well that she will one shot almost every single force shield and structure at ~500 pierce.

This is easily achievable at 3-4 star rarity, provided that the commander has leveled her up and given her the appropriate chips.

With this being the case, players are instead recommended to do one of the following for minmaxing purposes:

Using the Rate-Up to even out your Central Data spread

With this approach, the player should spread out their rolls to try and make sure their HOCs have similar Central Data progress.

Basically, roll the rate-up for HOCs who are behind.

This is applicable for all players regardless of whale status or existing HOC rarity/progress.

Players taking this route should focus on the BGM rate-up and subsequently the 2B14 rate-up, trying to maximize the amount of central data gained on those two.

Players are advised to stop rolling when they reach 4★ on BGM-71; if your data is capped, it's ok to analyze some so you can avoid losing uncollected data.

This is applicable if you:

This route is meant for players who know what they are doing and. Other players should go with the catch-up strategy so that their HOCs will be evenly developed.

Players taking this route should focus on the AGS-30 rate-up then the 2B14 rate-up. This is only applicable if you:

This route is meant for high spenders who plan to minmax AGS-30 from a waste of resources into having some semblance of viability.

I have no idea which one I should pick!

Wouldn't focusing a HOC give you Data Patches earlier?

Exactly how significant is this rate-up?

When is the rate-up again?

Dear Commanders,
We will be having a series of general production rate-ups and HOC rate-ups starting from May 8th! Please refer to the picture below for more details!#GirlsFrontline pic.twitter.com/oGYFZWxrMd 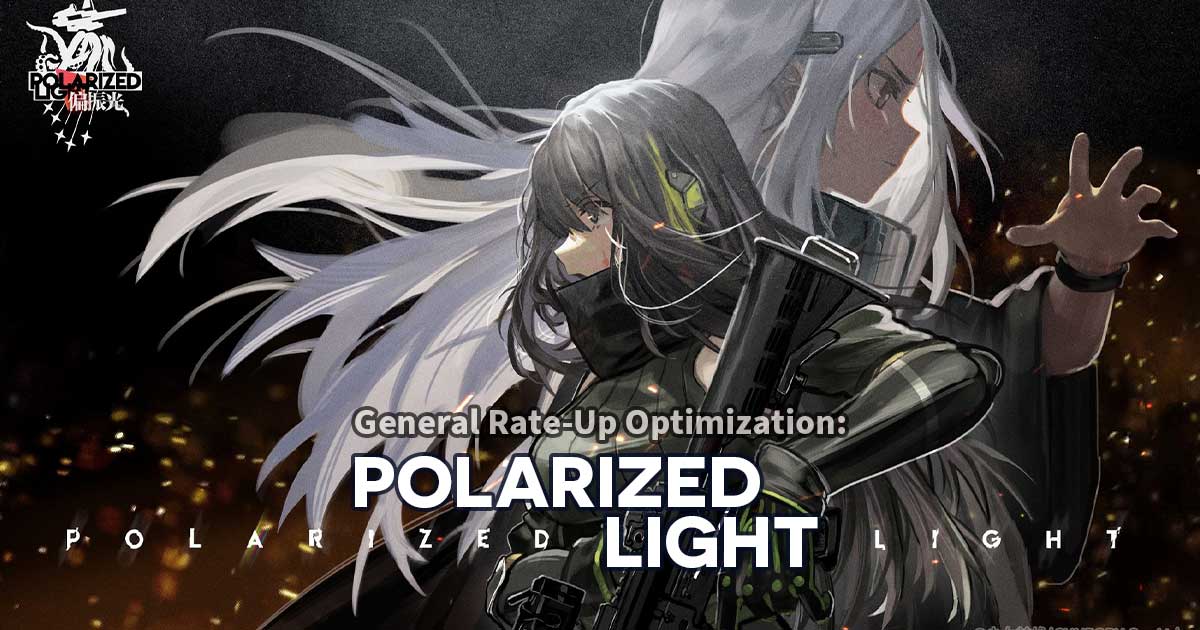