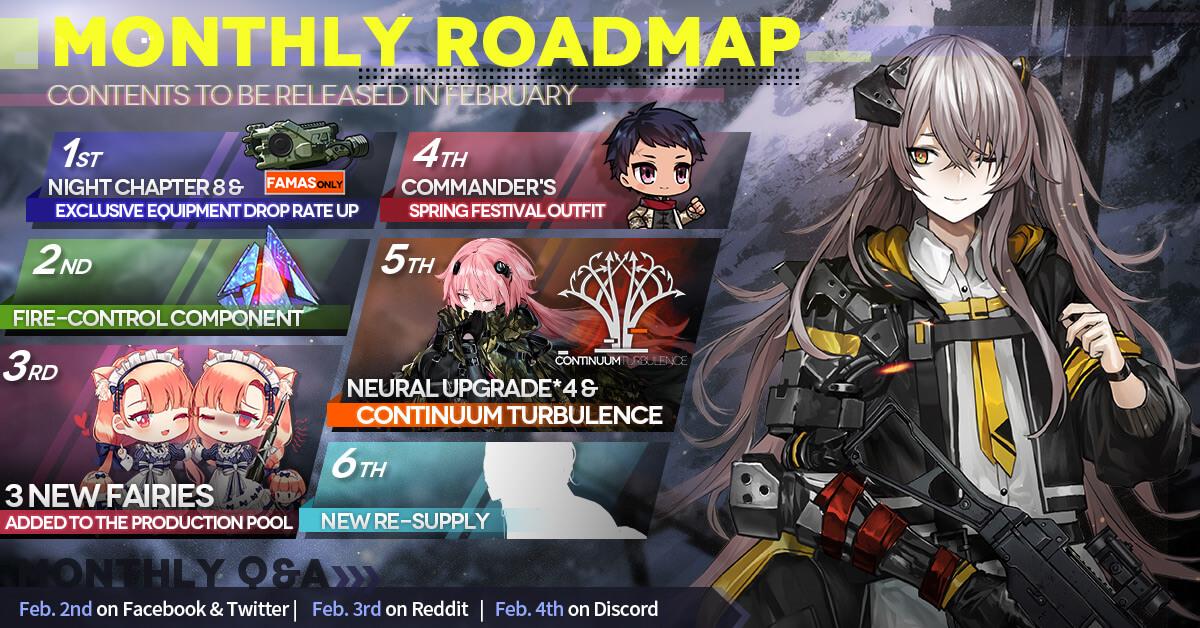 Note: While the recent Coronavirus outbreak has affected MICA Team as they are based in Shanghai (they cannot resume work for a few days), word from their EN liaison is that this should not significantly impact GFL EN's update schedule. The Q&A, however, has been cancelled. 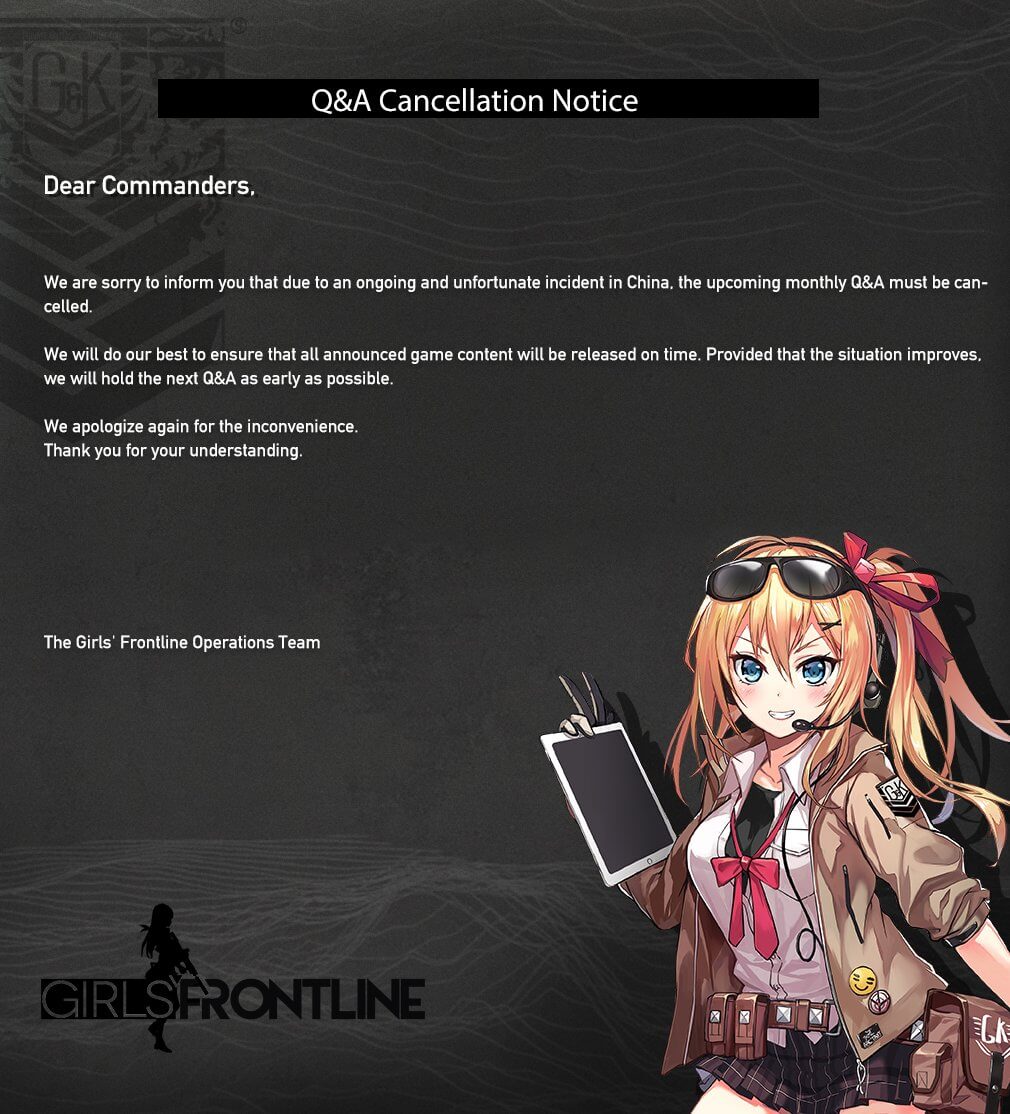 Chapter 8 Night will be released soon, bringing with it the Special Equipment for FAMAS, which unfortunately does little to improve her usefulness as an AR.

More importantly, however, Chapter 8 Night brings with it the infamous map, 8-1N, one of the cheapest EXP-farming spots for players willing to corpse drag and not in any need for Dummy Cores.

Ceia has thoroughly covered the Zas dragging procedure for this map in a short and informative video; an Airstrike Fairy can substitute, though at the cost of consuming 3 Fairy Command per fight.

The process is quite expensive, however, and FCCs are not unlimited or farmable - they instead are awarded from some events like the upcoming Continuum Turbulence event (typically for a total of x10 per full event clear), or sold in the Expedition Black Market at a rate of x2 per month.

Three new fairies will be added to Girls' Frontline! They can be produced from Heavy Production like other fairies, and bring new and interesting skills to the table. The new fairies will be listed below at their 5★ Aura and maxed Skill strengths, with construction timers shown next to their name.

The Combo Fairy offers straightforward and fully offensive aura buffs, but she requires a hefty Equipment Heavy Production recipe of at least 500-2000-2000-1000 (Manpower-Ammunition-Rations-Parts) to be craftable. This makes her difficult to raise in rarity like the Parachute Fairy, though thankfully a lot of her power budget comes from her Skill instead:

Gain a "combo" buff before each battle this turn, stacking up to 3 times. Each "combo" stack adds 15% Damage and 30% Accuracy.

Because combo stacks are multiplicative, at 3 stacks this adds a tremendous boost of 52% Damage and 119% Accuracy. While this is a very powerful buff, players using the Combo Fairy should consider her lack of defensive auras and plan ahead to maximize the effective use of her combo stacks.

The Twin Fairy's aura is unimpressive, but it can thankfully be crafted from the standard 500x4 low-cost fairy recipe, making this fairy much easier to max than the Combo Fairy. Her selling point is again the all-important Skill:

In the next battle, summon two fairies with 750 HP each.

When either Fairy takes lethal damage, the other will also disappear.

JP GFL YouTuber Cest la vie has made a video demonstration of the two fairies. It is unfortunately not translated, but should serve as an adequate visual showcase of the skill and the many creative possibilities it enables.

The Barrier Fairy is possibly the least interesting fairy of the lot, though it is also available from the standard 500x4 low-cost fairy recipe. Her ability is essentially a weaker version of the Shield Fairy's, but for armored T-Dolls instead:

In the next battle, apply a shield to all allied armored T-Dolls with HP value equal to 150% of their Armor.

Even under optimal conditions, this will negate at most 30 or so damage from SGs, and is offset by the complete lack of offensive aura buffs - potentially making the fight much longer and increasing damage taken. It is therefore not recommended to invest into the barrier fairy, especially if you already have S.A.T. 8.

This is another Commander Costume offering further customization options for your avatar, costing gems as usual. See more details in the official tweet promotion below:

It is not recommended to buy this set for its negligible gameplay benefit. Shell out the gems only if you like the cosmetic aspect!

Four new Neural Upgrades will be coming to GFL EN in February, and three of them are so far known:

The main reveal for new Neural Upgrade is for an incredibly exciting T-Doll, the 5★ RF NTW-20!

While she will need a total of 10 Fire Control Components for MOD III and the Black Market only sells 2 per month, it is expected (though not yet officially confirmed) that Continuum Turbulence will reward enough FCCs to fully upgrade NTW-20. 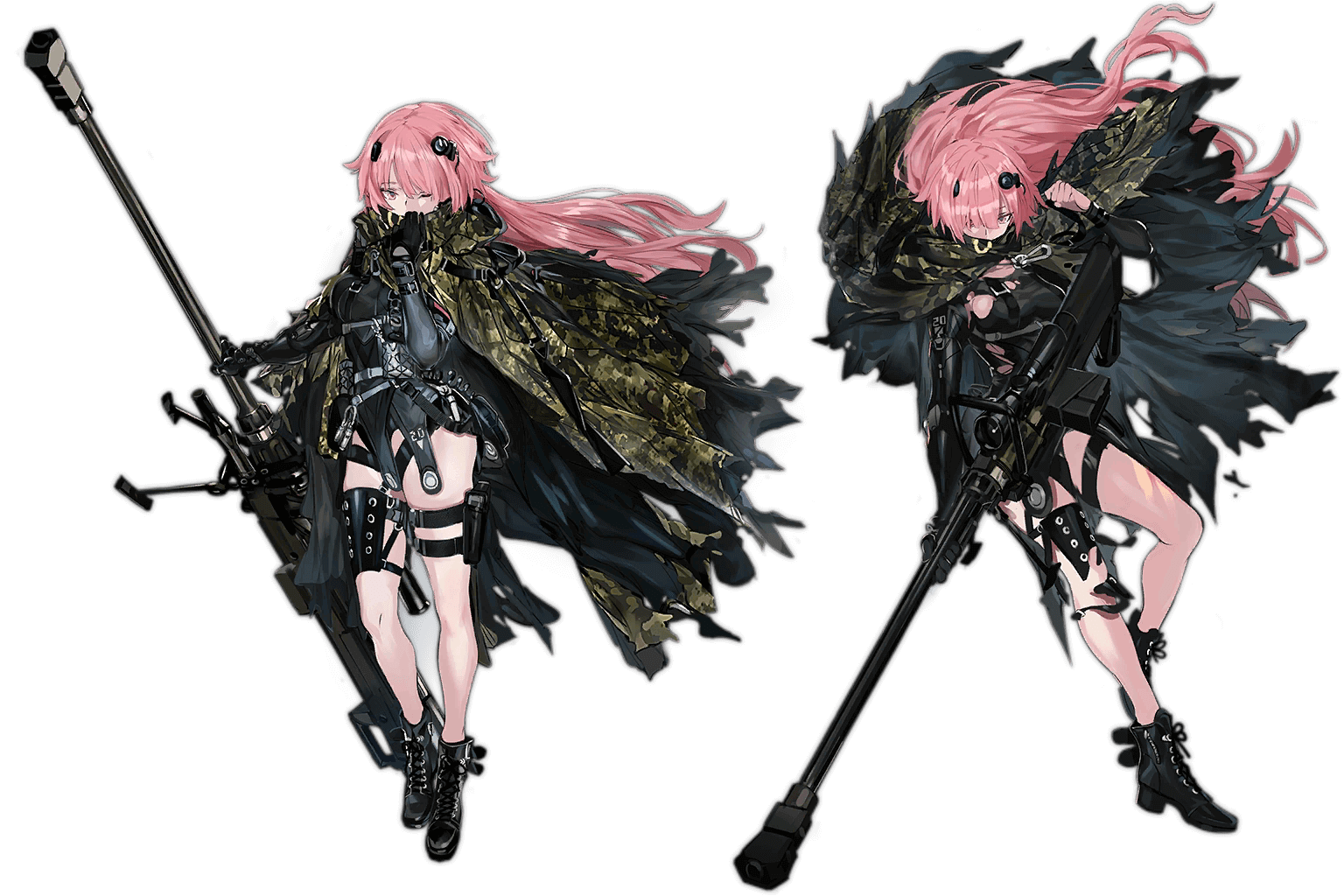 Start to charge after skill cooldown. Increase charges by 1 stack every second, 7 stacks maximum. Tap the skill to aim for 1.5 seconds, remove all charges, and deal 5x to 10x damage to the highest health target that can be killed in one shot. If no such enemies are present, prioritize the highest HP target.

This rework is designed to synergize with her MOD II Skill:

Deal 10% extra damage to enemies with more than 50% health.

Additionally, when Fury of the Hunt kills an enemy, instantly gain 3 stacks and immediately activate Fury of the Hunt again (damage unaffected by the newly-gained charges and does not consume them). This additional shot can be evaded and deals only 4x damage, prioritizing enemies that can be instantly killed and has the lowest health.

The additional shot can proc up to 3 times in a row.

A picture is worth a thousand words, so have a GIF that showcases this extremely hilarious skill in action:

This skill can potentially deal an incredible amount of burst damage in a short period of time, so long as the chain shots proc. While the relatively long initial cooldown of 7s makes it a bit less flexible than Kar98k's reworked Chain Shot, the insane damage potential can open the door to many creative plays for commanders who are willing to invest in NTW-20's extremely expensive Neural Upgrade.

Note: Because the chained shots can miss, this is not guaranteed to always proc against 5-link enemies even with NTW-20's high innate Accuracy!

Did we mention that her MOD III Special Equipment, the 20mm HEI, adds a massive 10 Damage on top of NTW-20's already monstrous Damage stat? 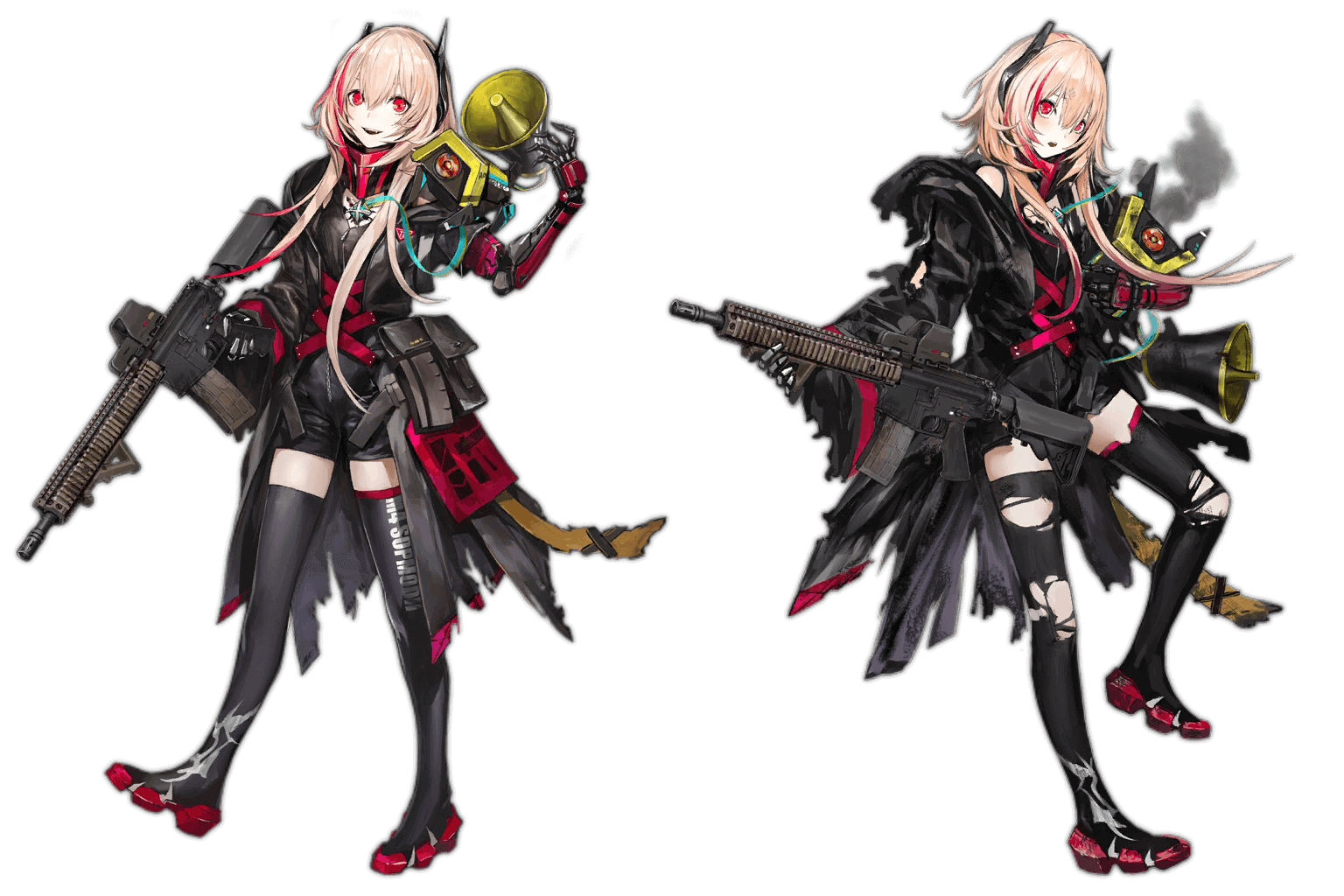 M4 SOPMOD II's Neural Upgrade is a Story Mod that will come with Continuum Turbulence. Other than the rarity upgrade to 5★ and stat boosts as well as an improvement of her Anti-Personnel Grenade's multiplier to 15x (matching that of 416), M4 SOPMOD II receives a powerful MOD II Skill:

Her MOD III Special Equipment is a spoiler, but it is essentially a better EOT 518 offering +12 Damage, +14 Accuracy, and -2 Rate of Fire. A full comparison of AR grenadiers including M4 SOPMOD II MOD is included below, courtesy of Ceia: 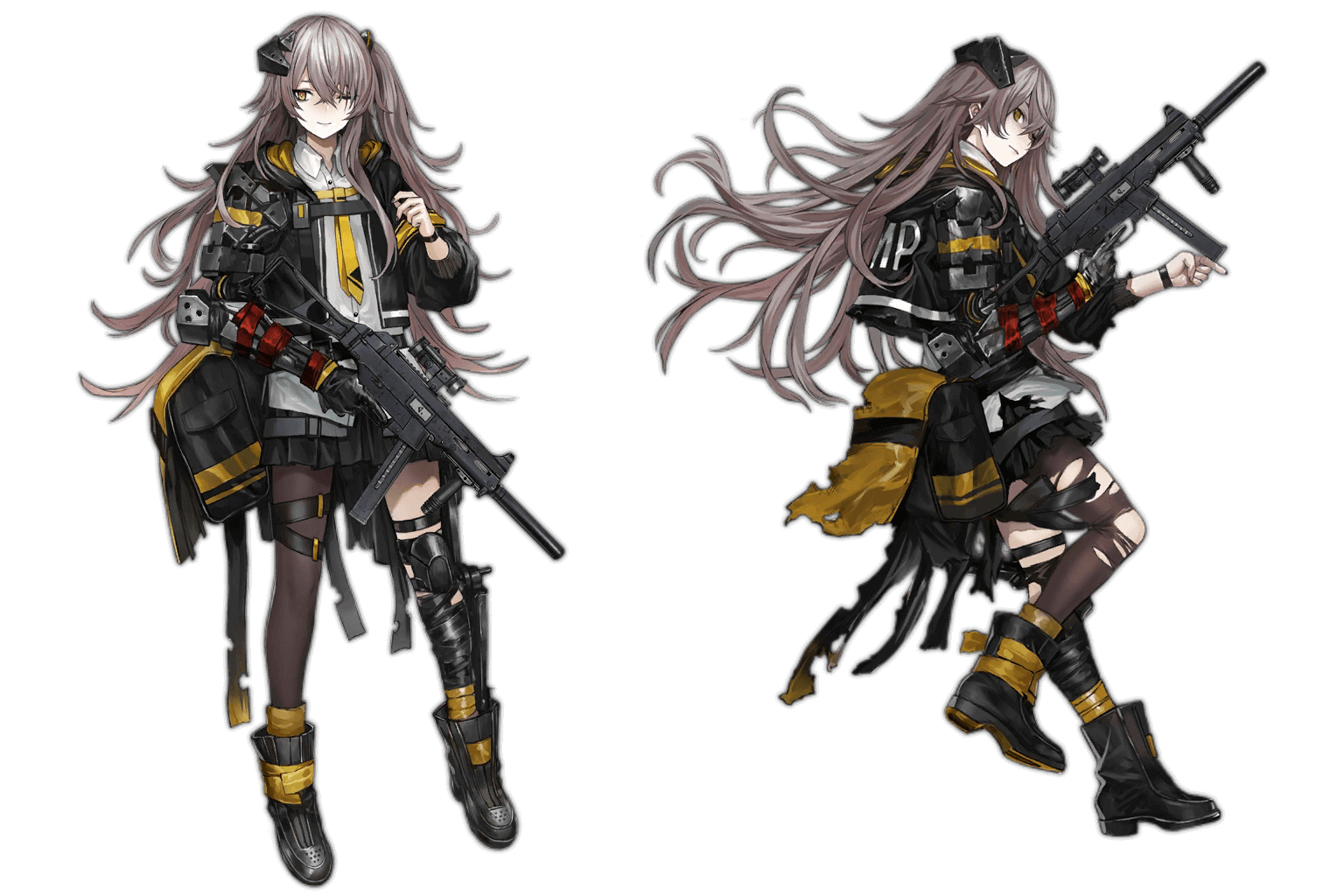 UMP45's Neural Upgrade is a Story Mod that will come with Continuum Turbulence.  Other than the rarity upgrade to 5★ and stat boosts as well as an improvement of her tile buffs to 20% Damage 30% Crit Rate and a slight Smoke Grenade buff, UMP45 also gains the following MOD II Skill:

Every two seconds after Smoke Grenade detonates, enemies in its affected range are short-circuited for 5 seconds. Short-circuited enemies take 50 damage when they perform an attack.

This skill is not exactly much to write home about, but it isn't a detriment and doesn't negatively affect UMP45's status as an excellent Main Tank. Her Special Equipment is essentially a better suppressor:

Did we mention that M4 SOPMOD II and UMP45 will most likely also have Live2D at MOD III when released on EN? Check out the preview by Ceia below!

One Neural Upgrade is unaccounted for after NTW-20 and the two CT Story Mods; based on the previous monthly Q&A answers and rarity distribution of Mod batches, this is highly likely to be a 2★ T-Doll Mod. Possible options include the below T-Dolls (listed in order of CN release):

The Continuum Turbulence event will be the highlight of February and signals MICA's commitment to speed up EN's event schedule. While GFL CN had one major story event every ~6 months, GFL EN has had one every 3-4 months starting from Arctic Warfare. If the current pace of event releases continue, EN may very well catch up to CN within the next 2 years.

For more information about Continuum Turbulence and how to prepare for it (especially as its full completion may be necessary for the FCCs to fully mod NTW-20), check out the below guide: 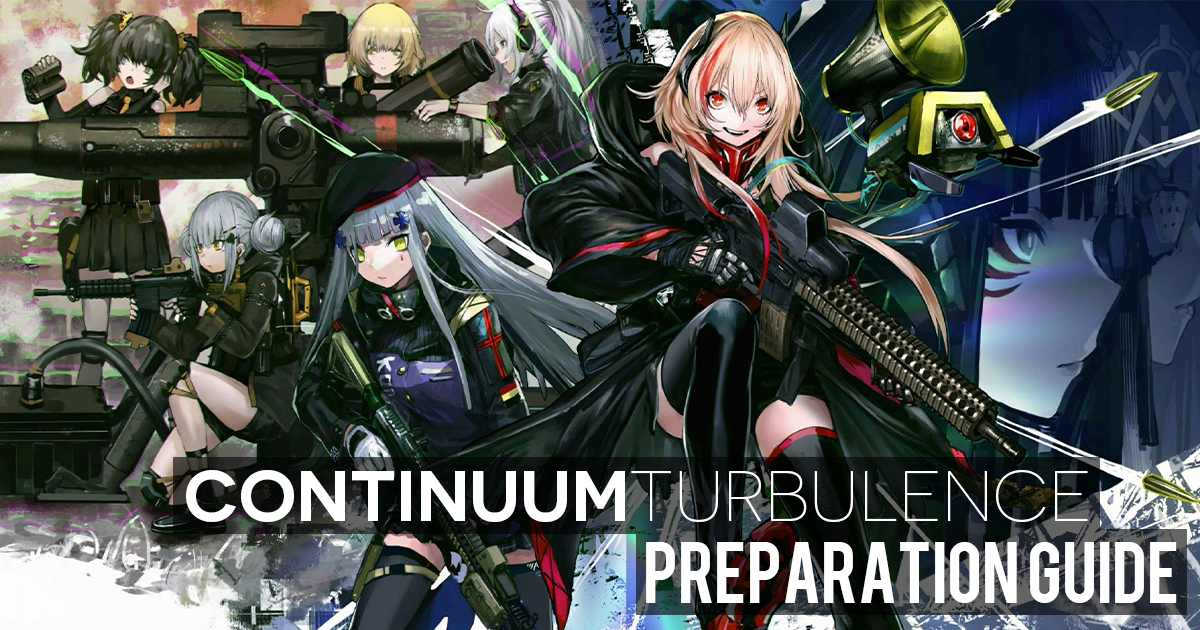 This is yet another Costume Re-Supply Gacha, this time featuring the CNY Costumes released in CN in 2019. The silhouette is for the much-anticipated Live2D costume for OTs-14 "Groza", though many others are in this re-supply banner as well.

AK74-U is a reward T-Doll from Continuum Turbulence, and should be available by the time this Gacha is released. 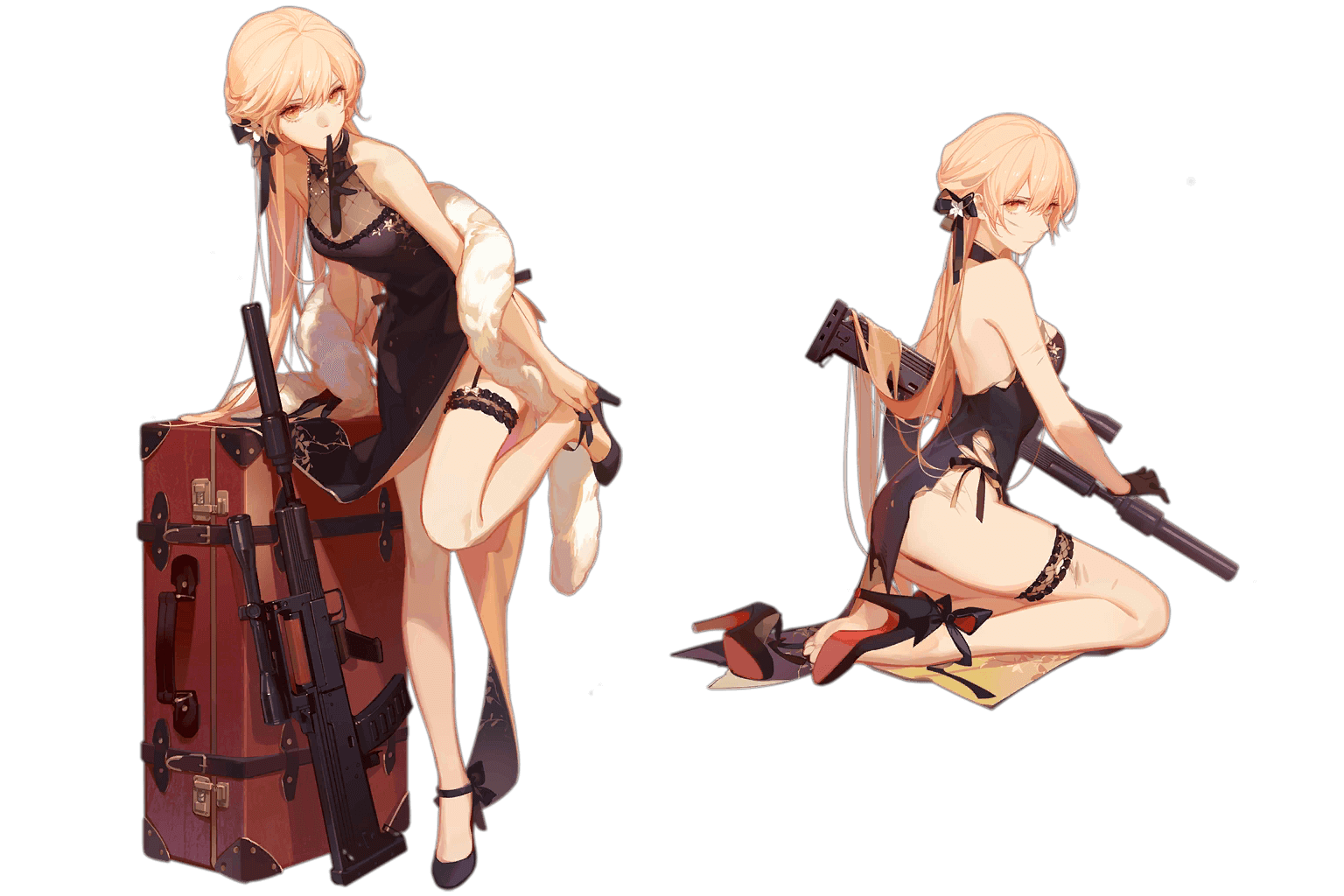 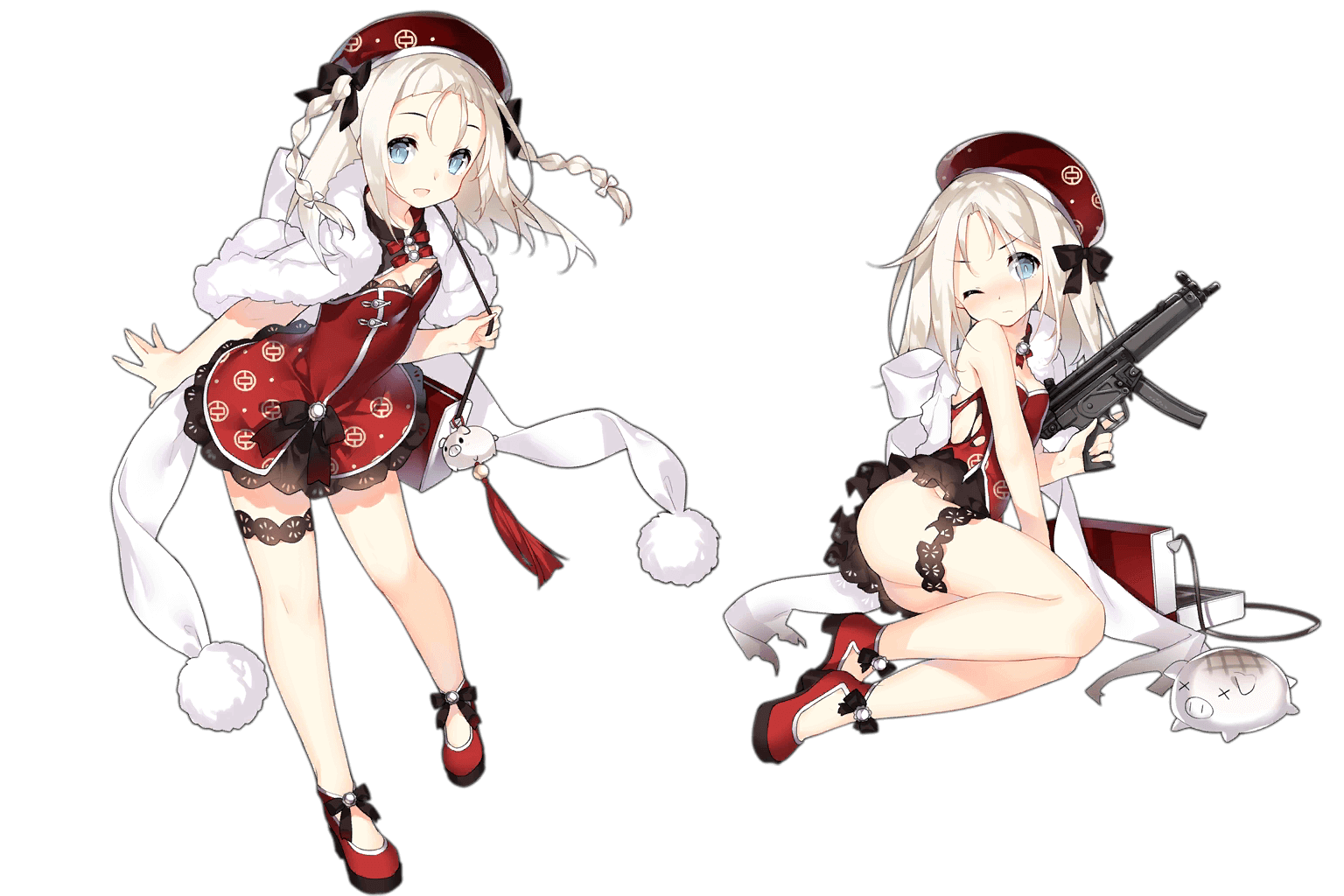 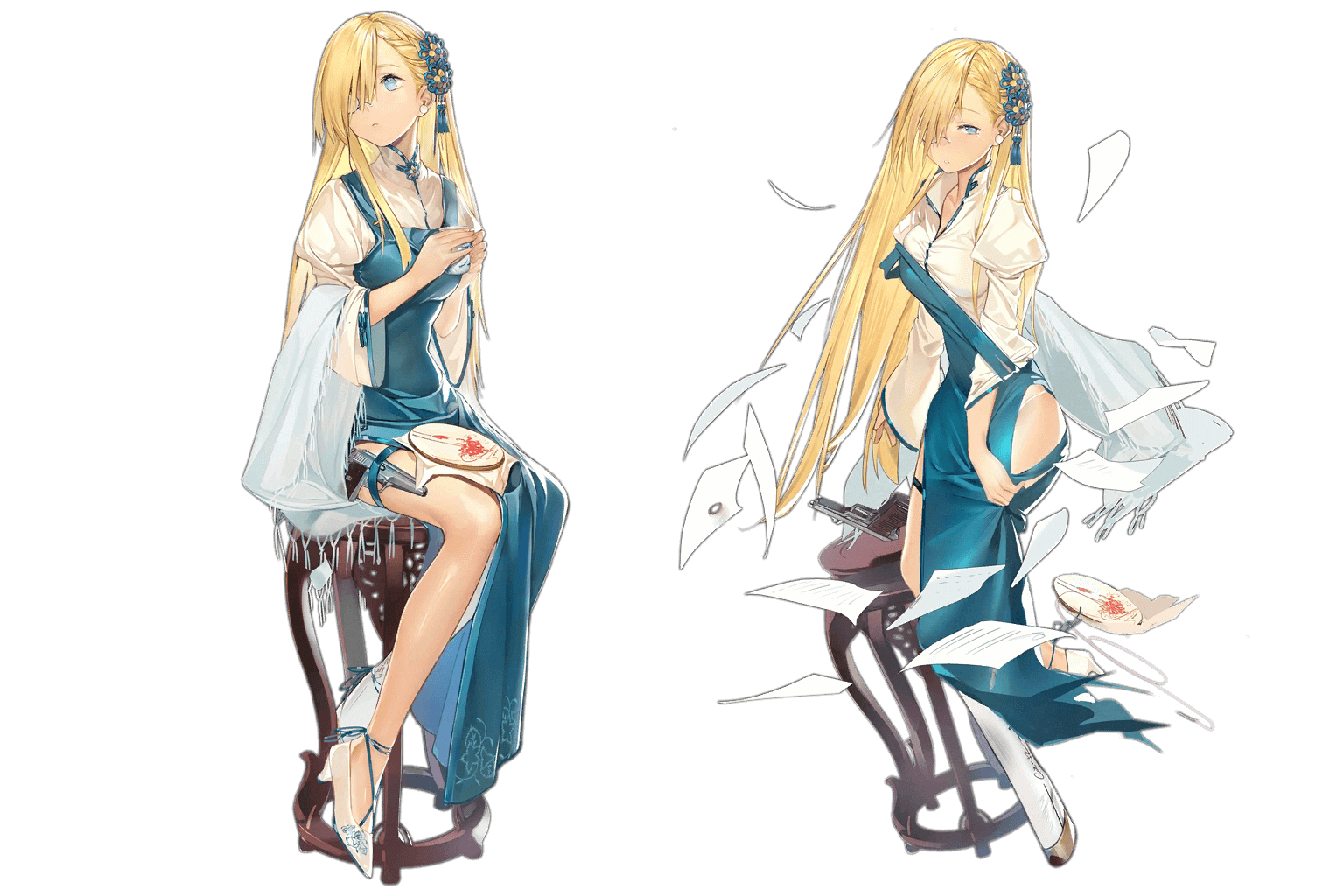 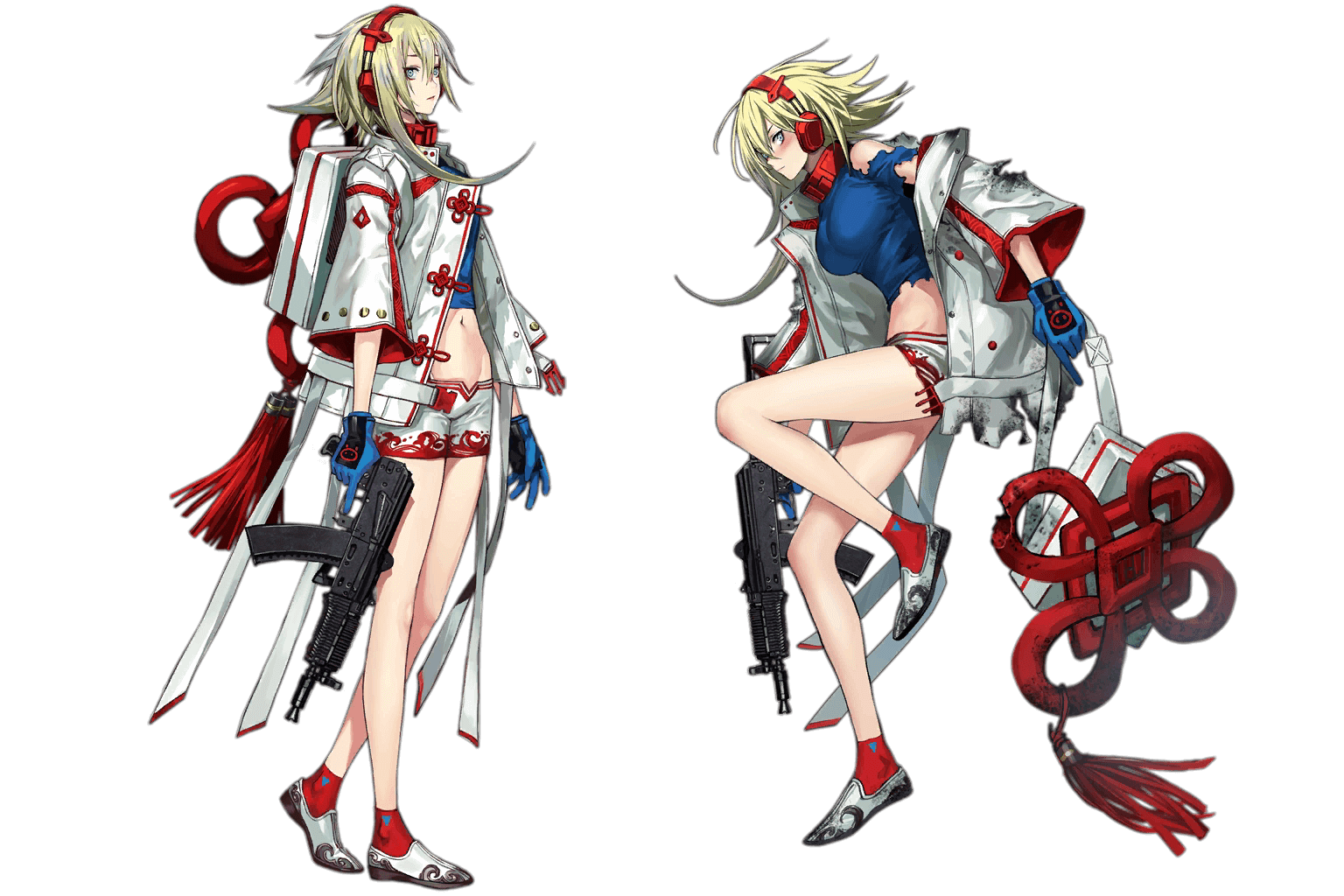 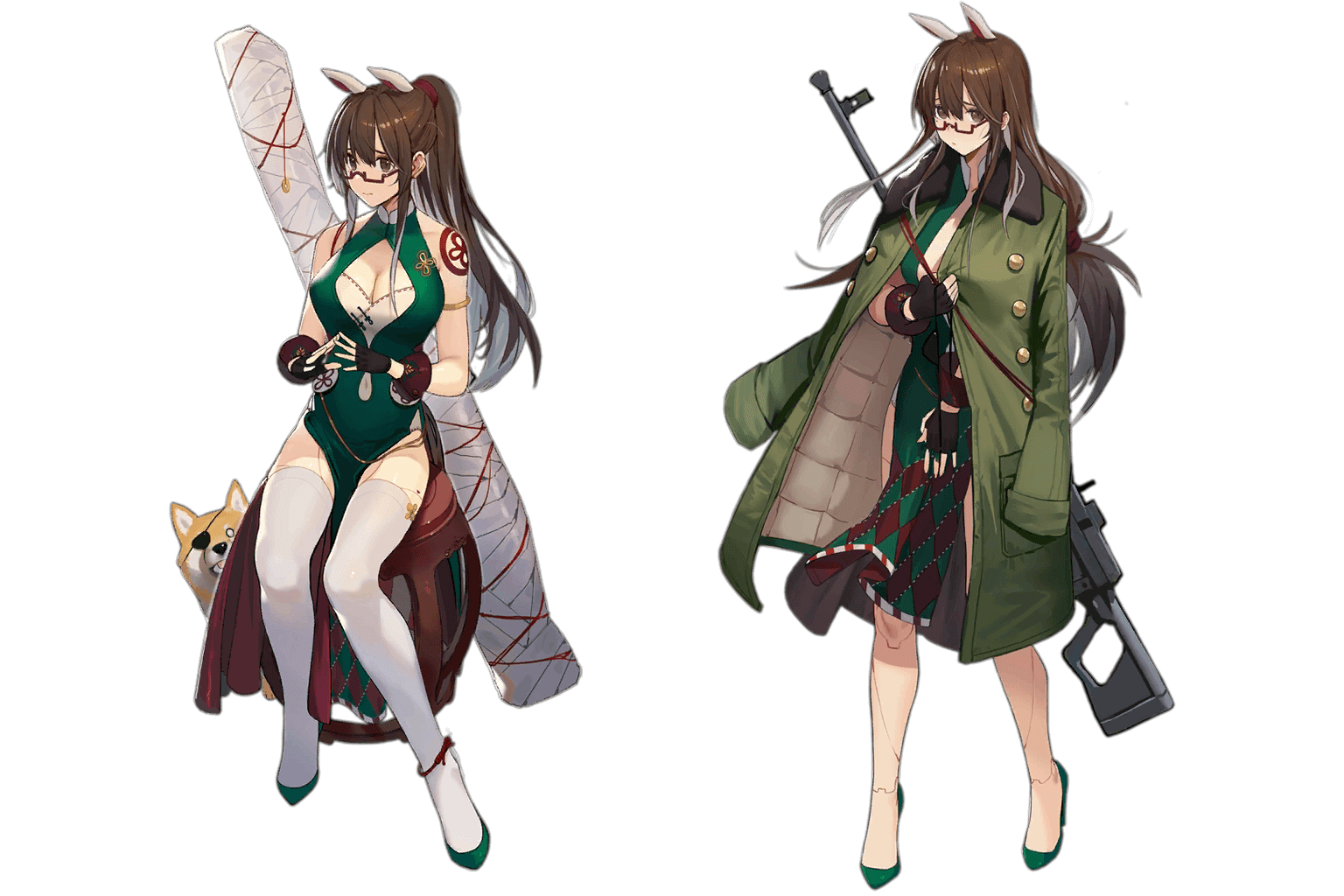 IWS 2000's CNY bundle costume will also be available for purchase with Gems during this Re-Supply. 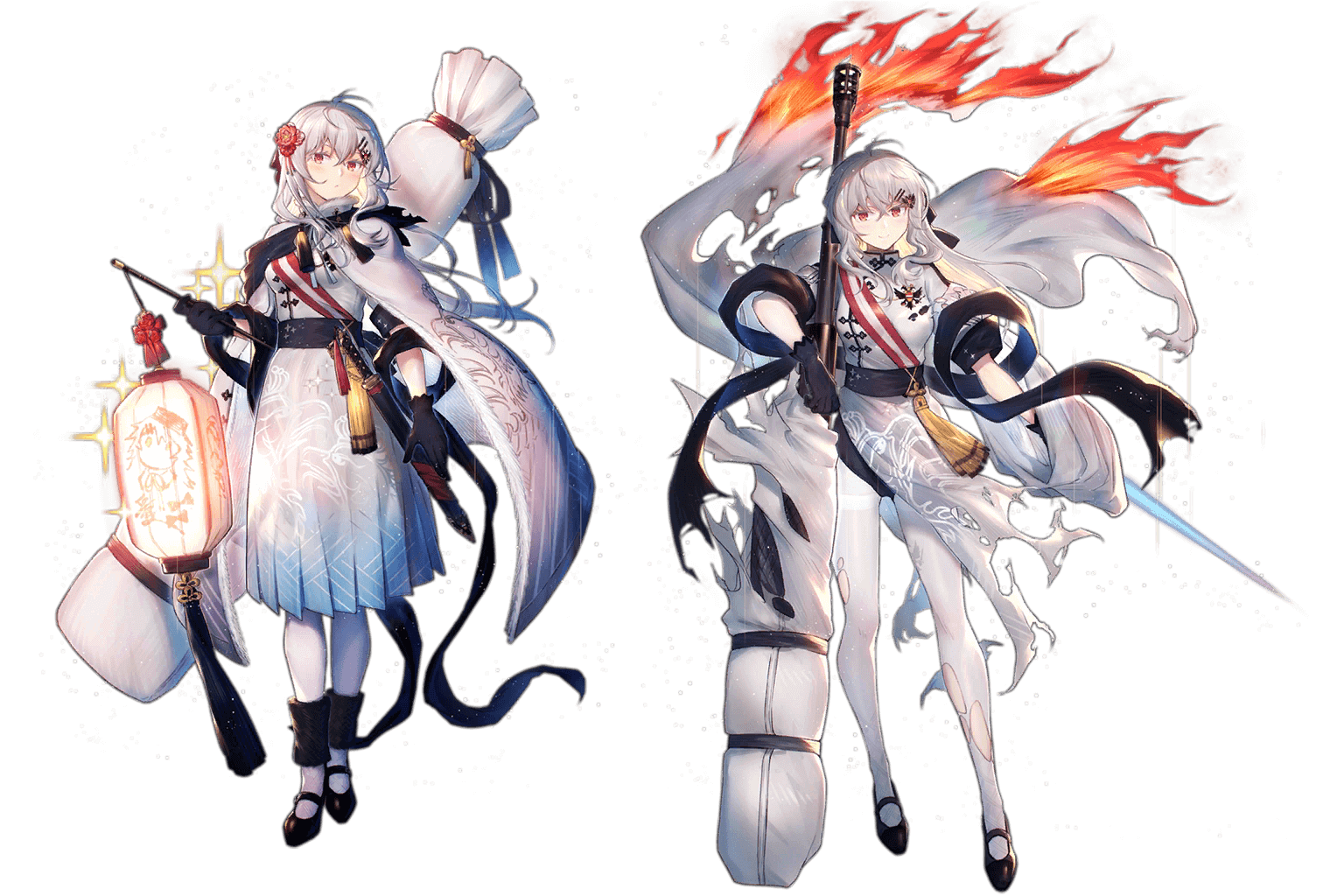 Notably, this costume adds fancy SFX to IWS2000's attacks during her skill effect.