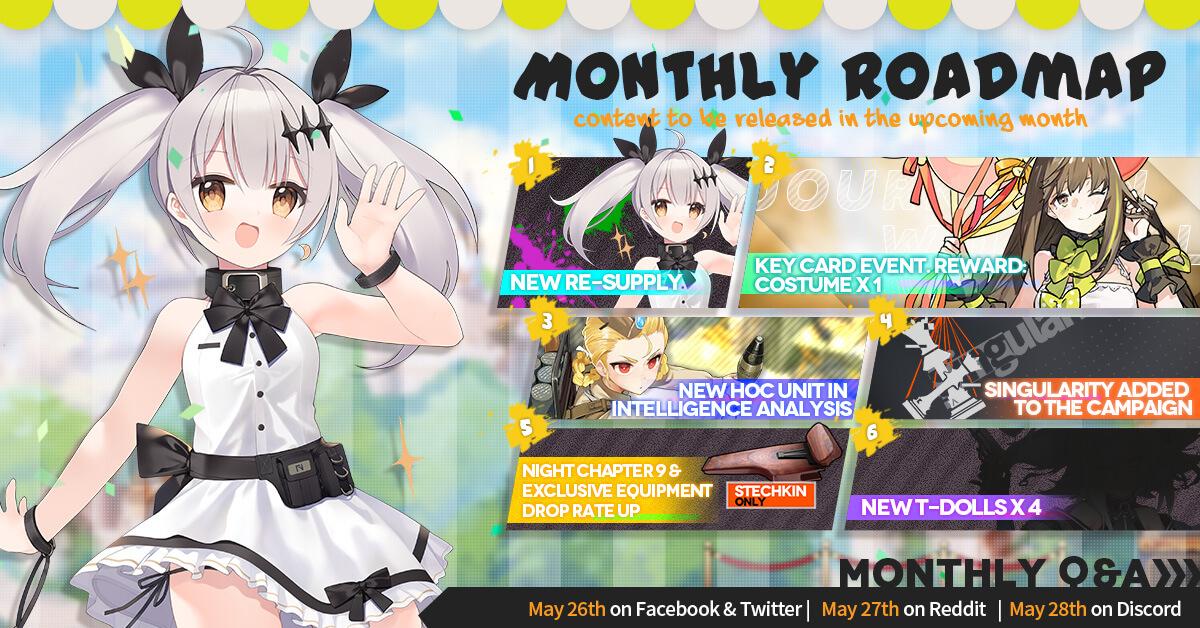 The teaser shows Five-seveN's Live2D "Fenfen's Adventures" costume, which tells us that this is the same Costume Re-Supply Gacha as the CN Children's Day 2018 Set.

All 6 costumes have been included below - Carcano M1891's is a 2588 gem bundle while the other five are gacha. (*Gem pricing subject to change on EN release) 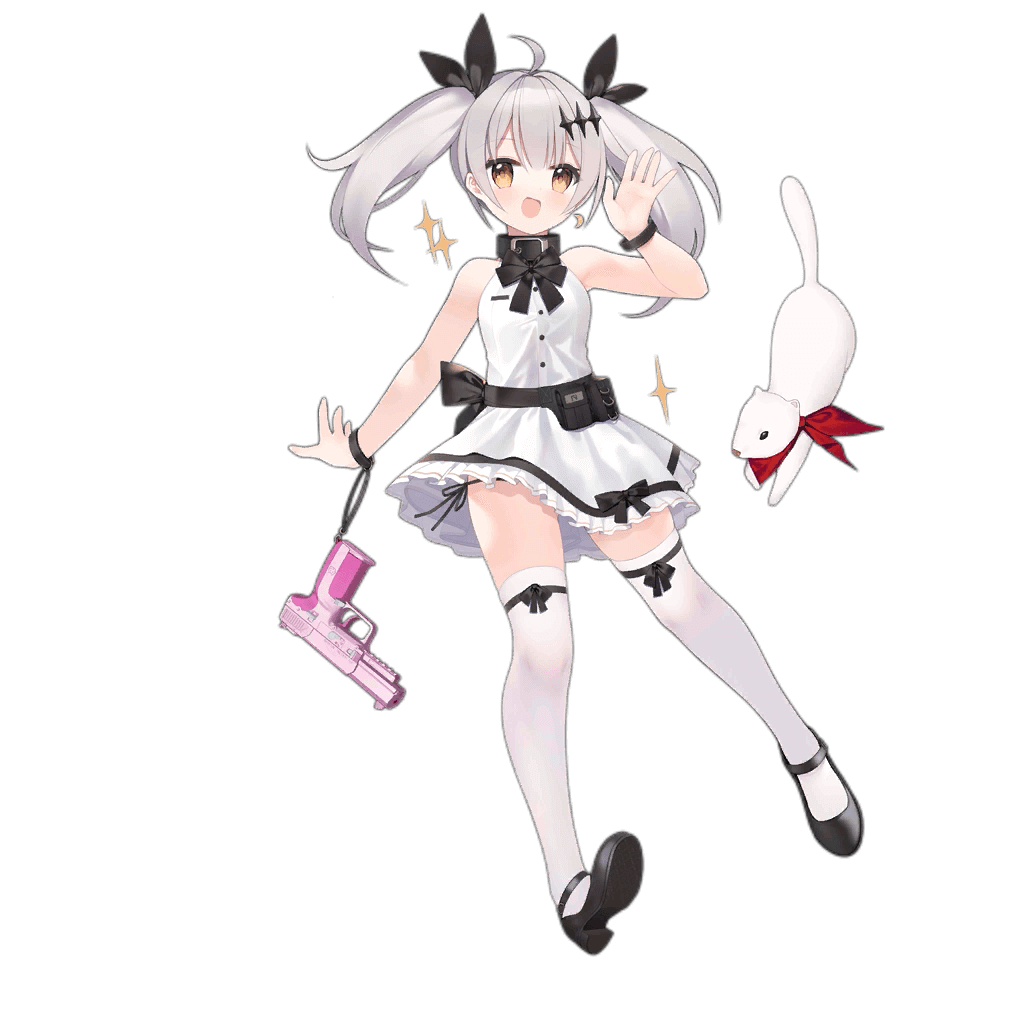 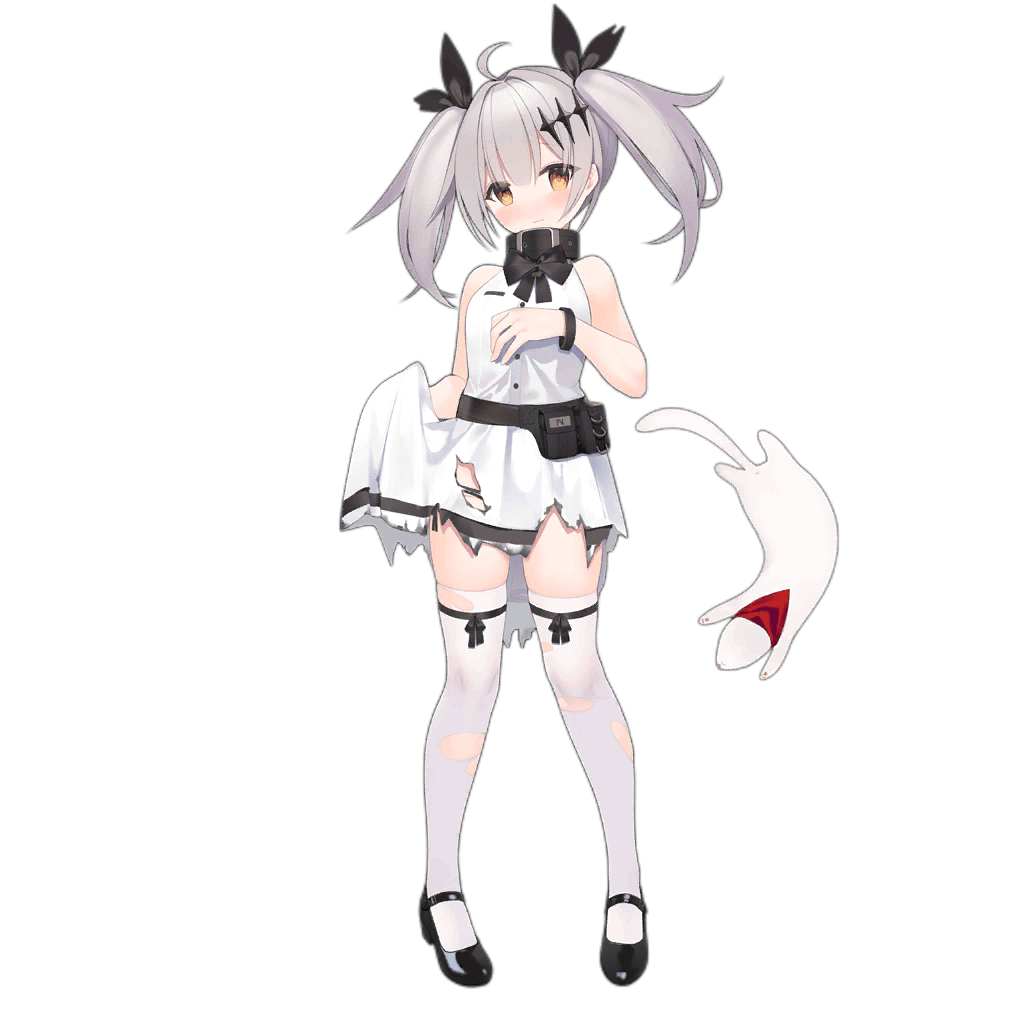 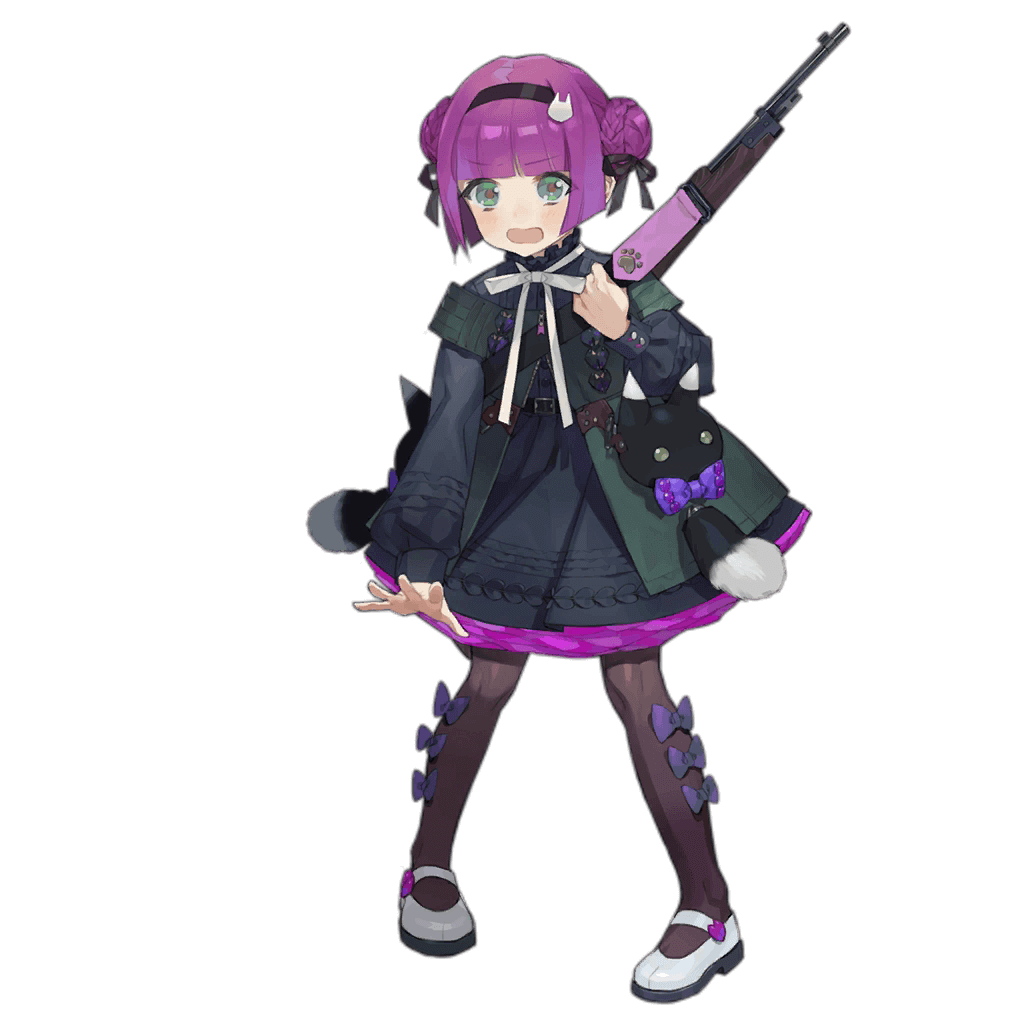 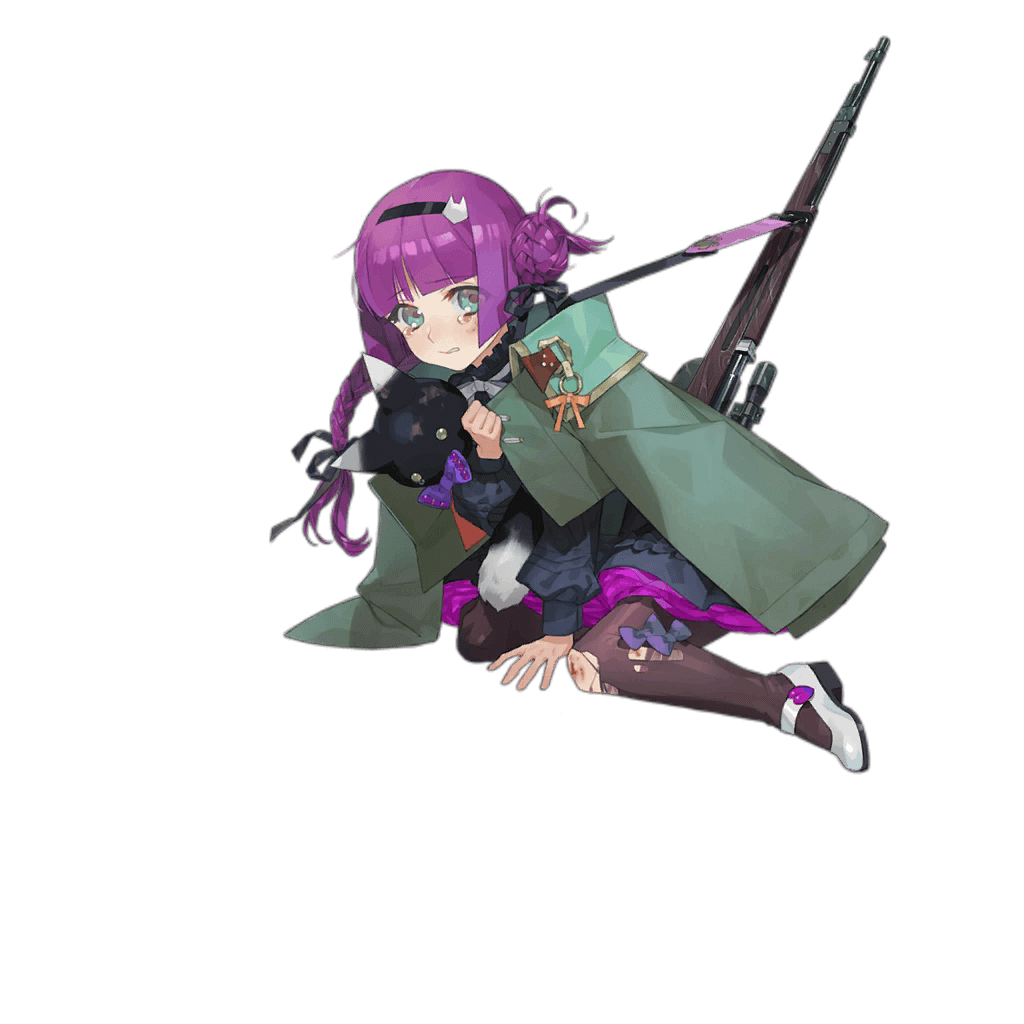 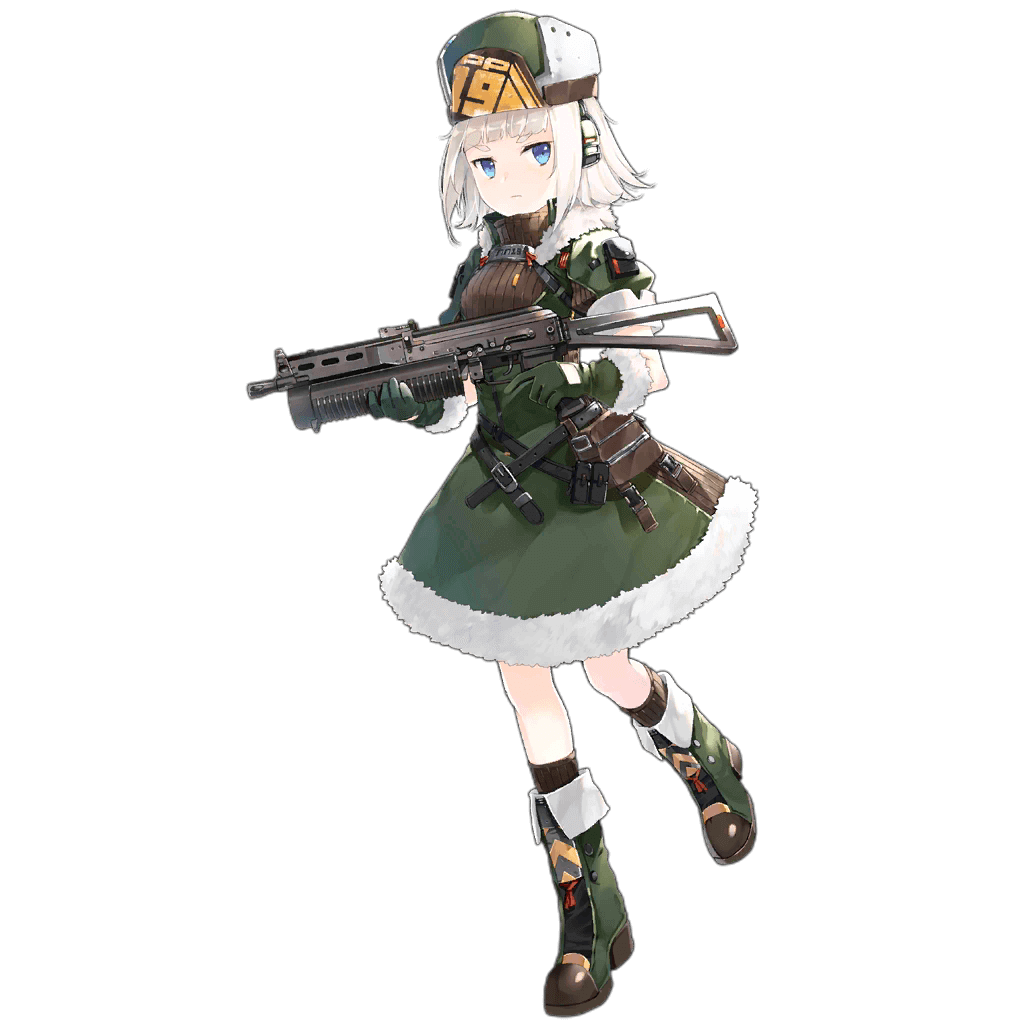 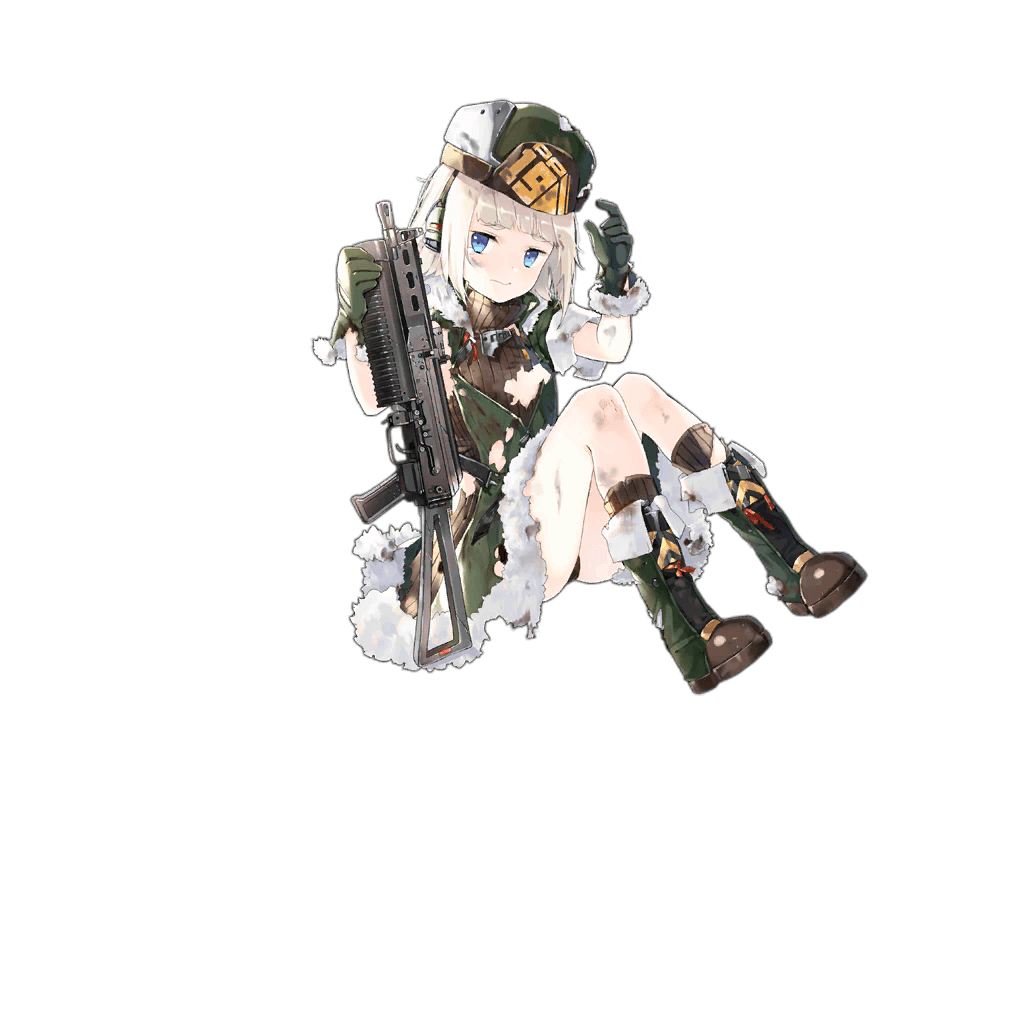 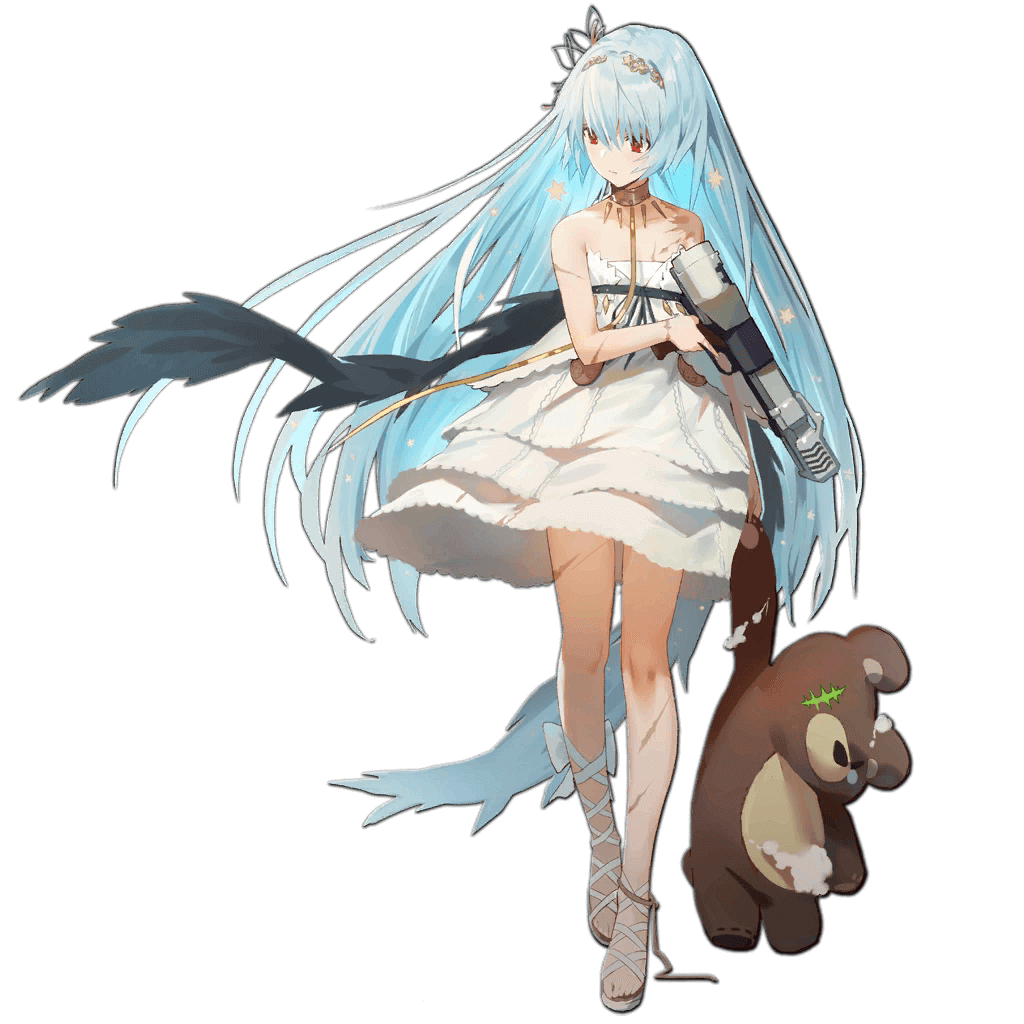 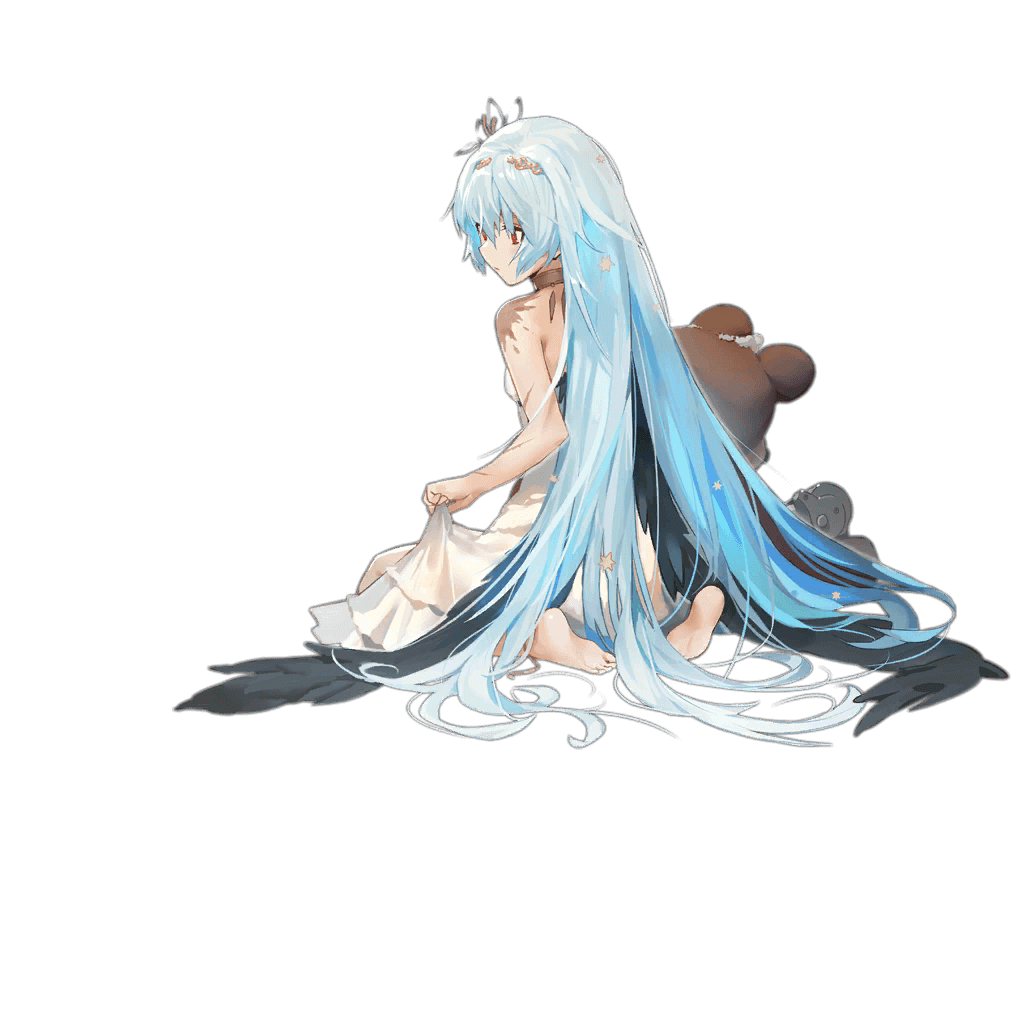 The Wonderful Adventures of Goose 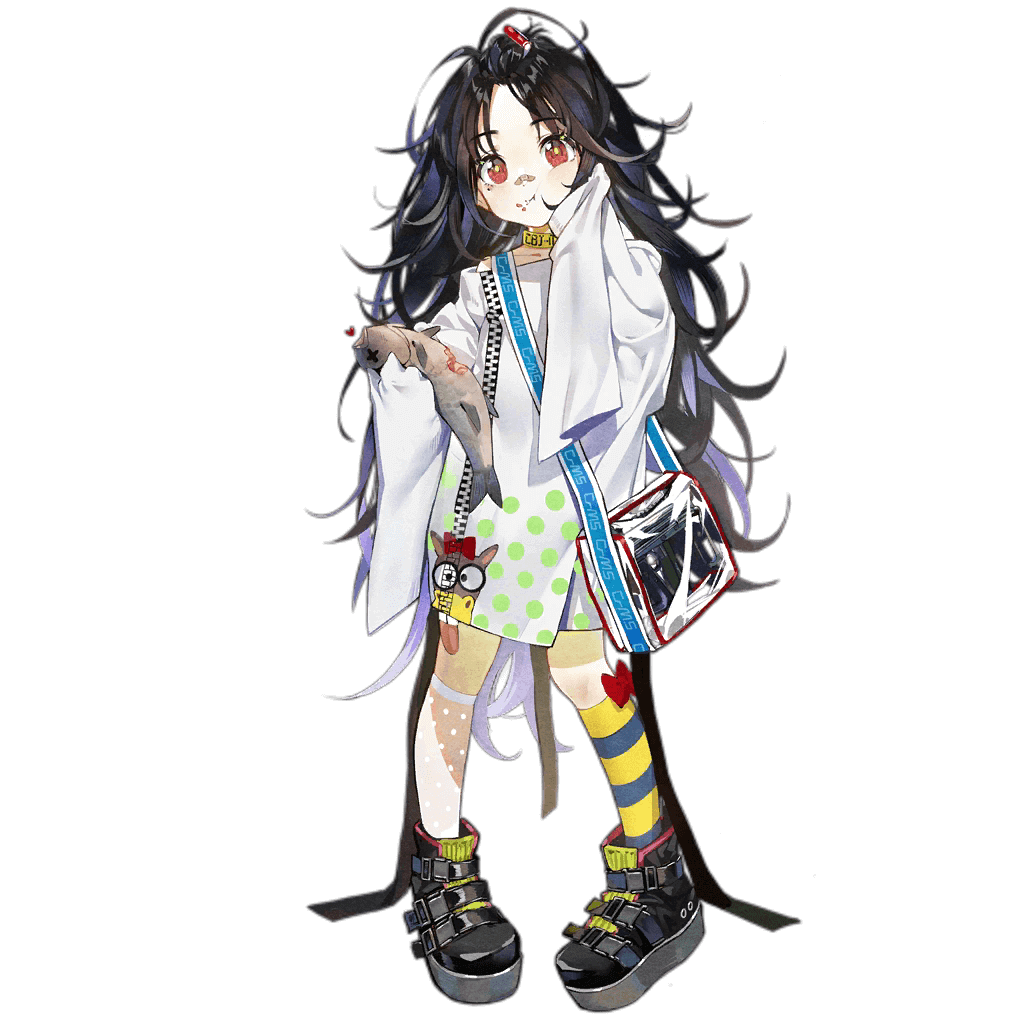 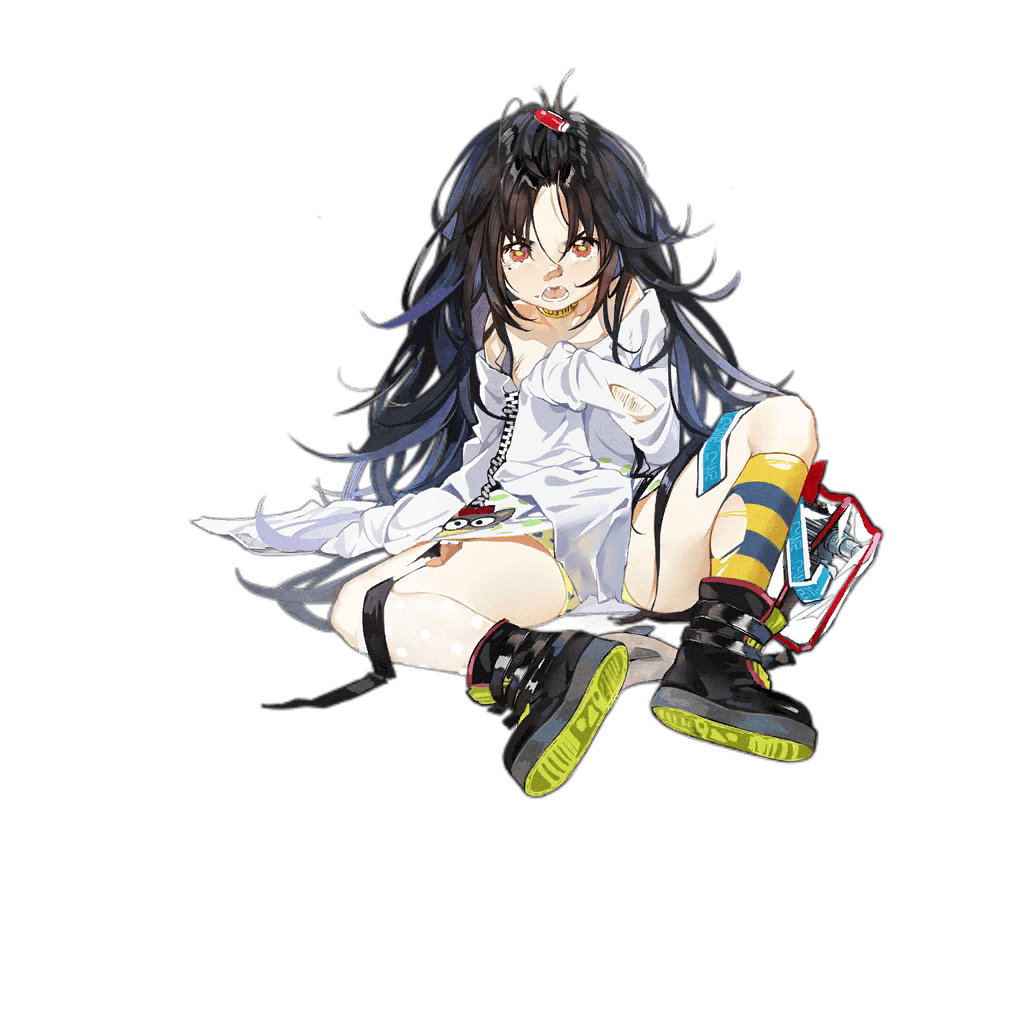 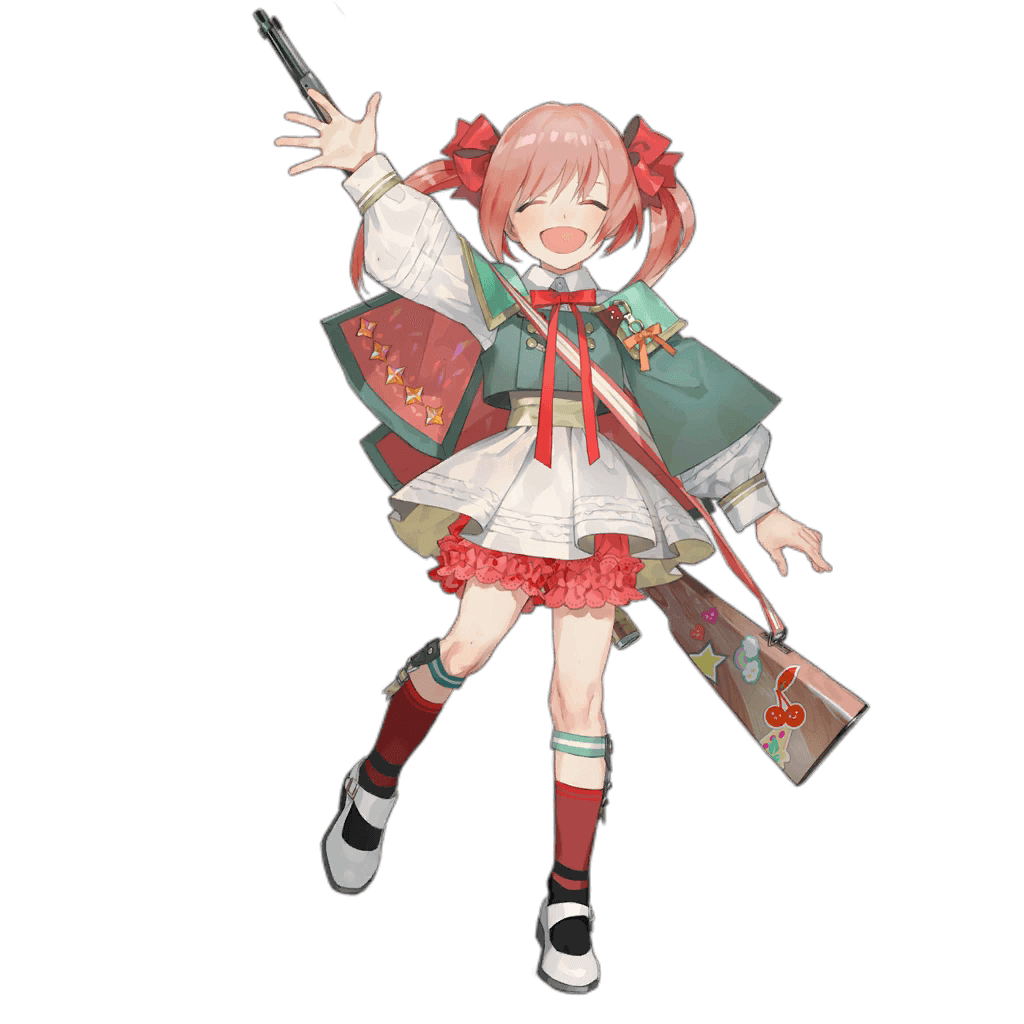 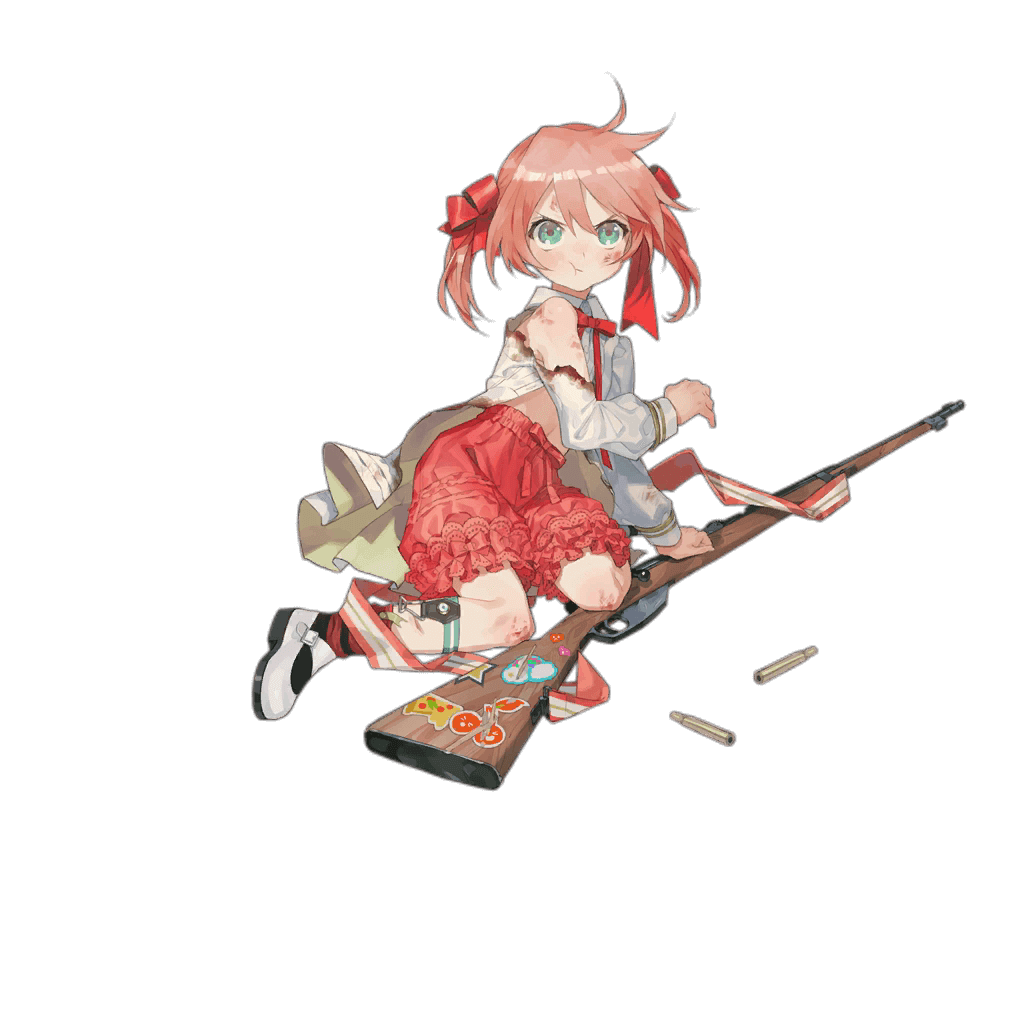 This is another Key Card ("bingo") event that awards M4A1's "A Girl's Hot Air Balloon Adventure" costume for free! If you bought the other rabbit costumes already, be sure to log in and participate in this event so you can give M4A1 hers as well. 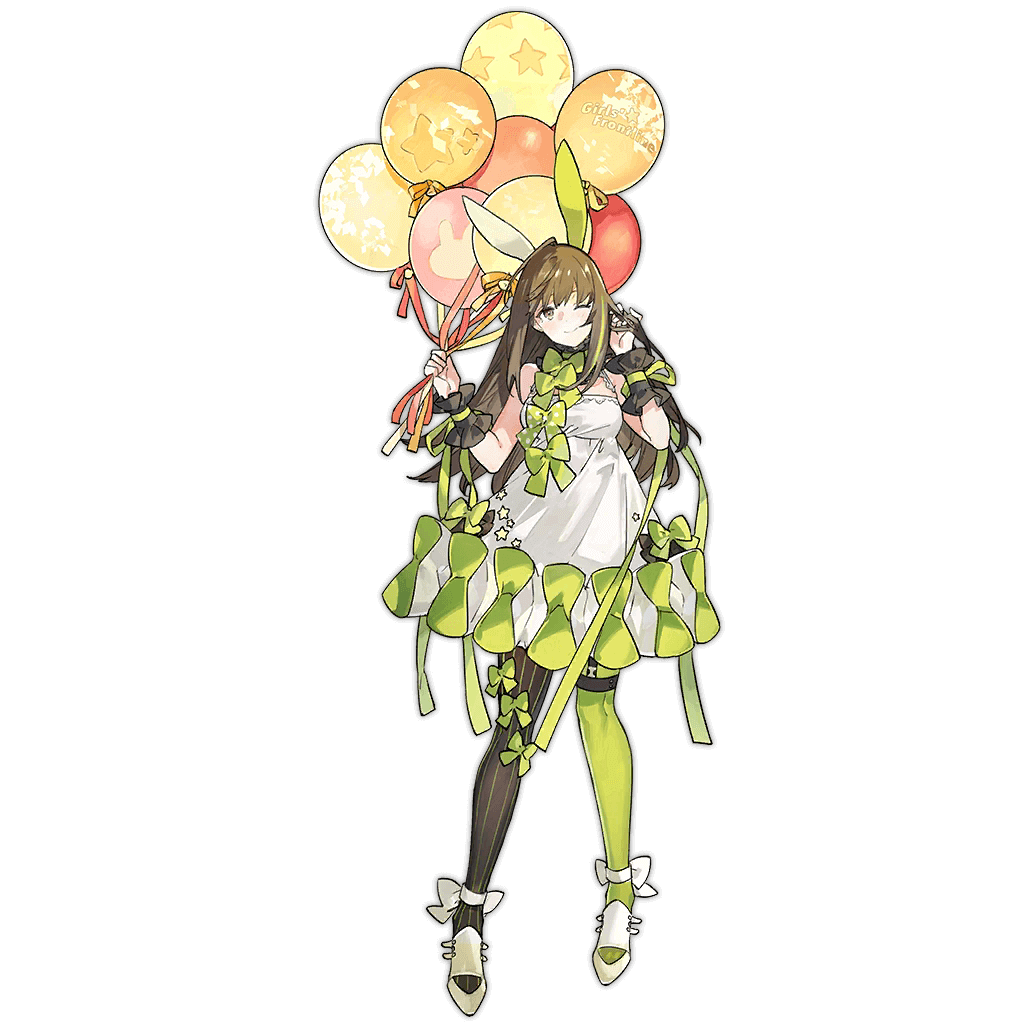 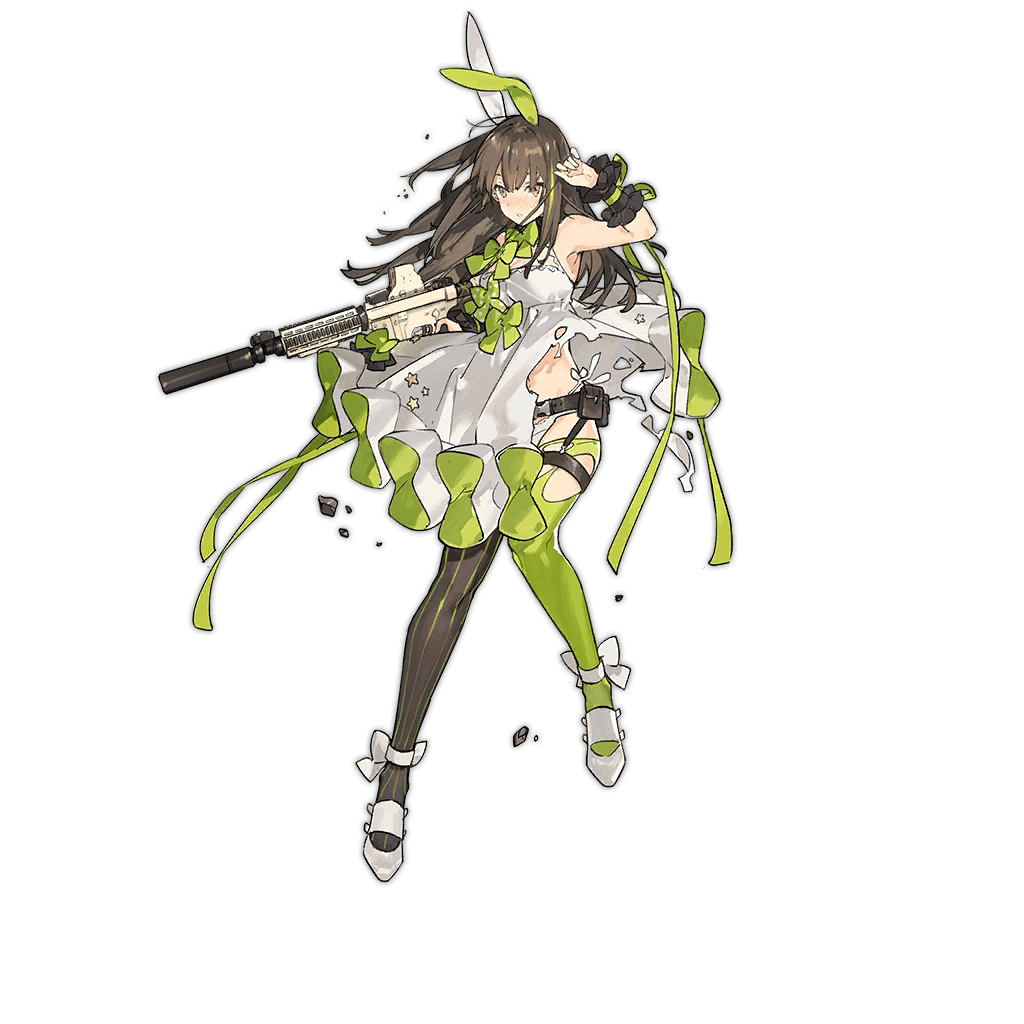 Simply do the randomly-generated quests every day and you're all but guaranteed to unlock the costume.

If you're not sure what a Key Card/bingo event is, you can reference the below page for an example of a previous bingo event with the same mechanic. 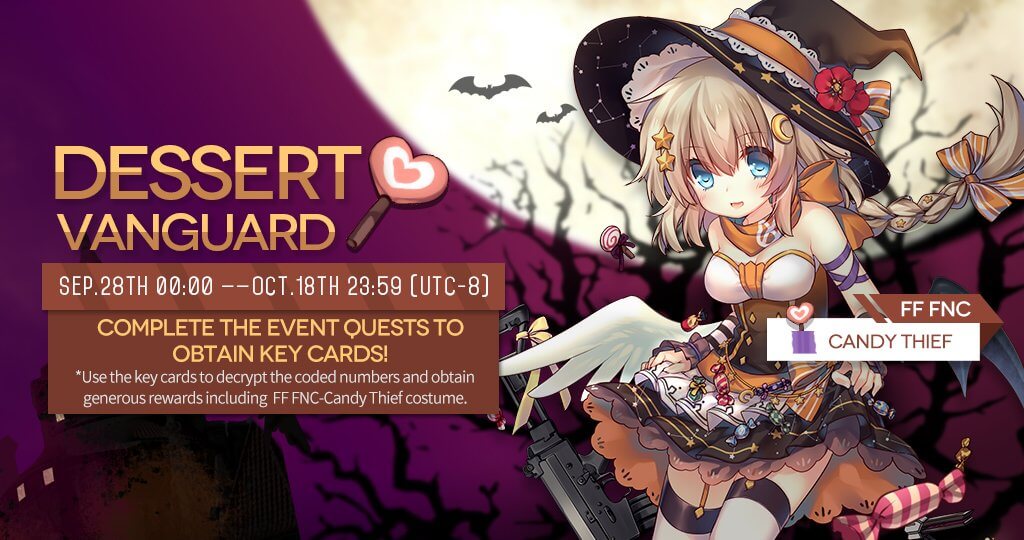 Surprisingly, Girls' Frontline EN is getting its fifth HOC already!

Since we don't have an official infographic yet, I've translated and typesetted the foreign one shown below: 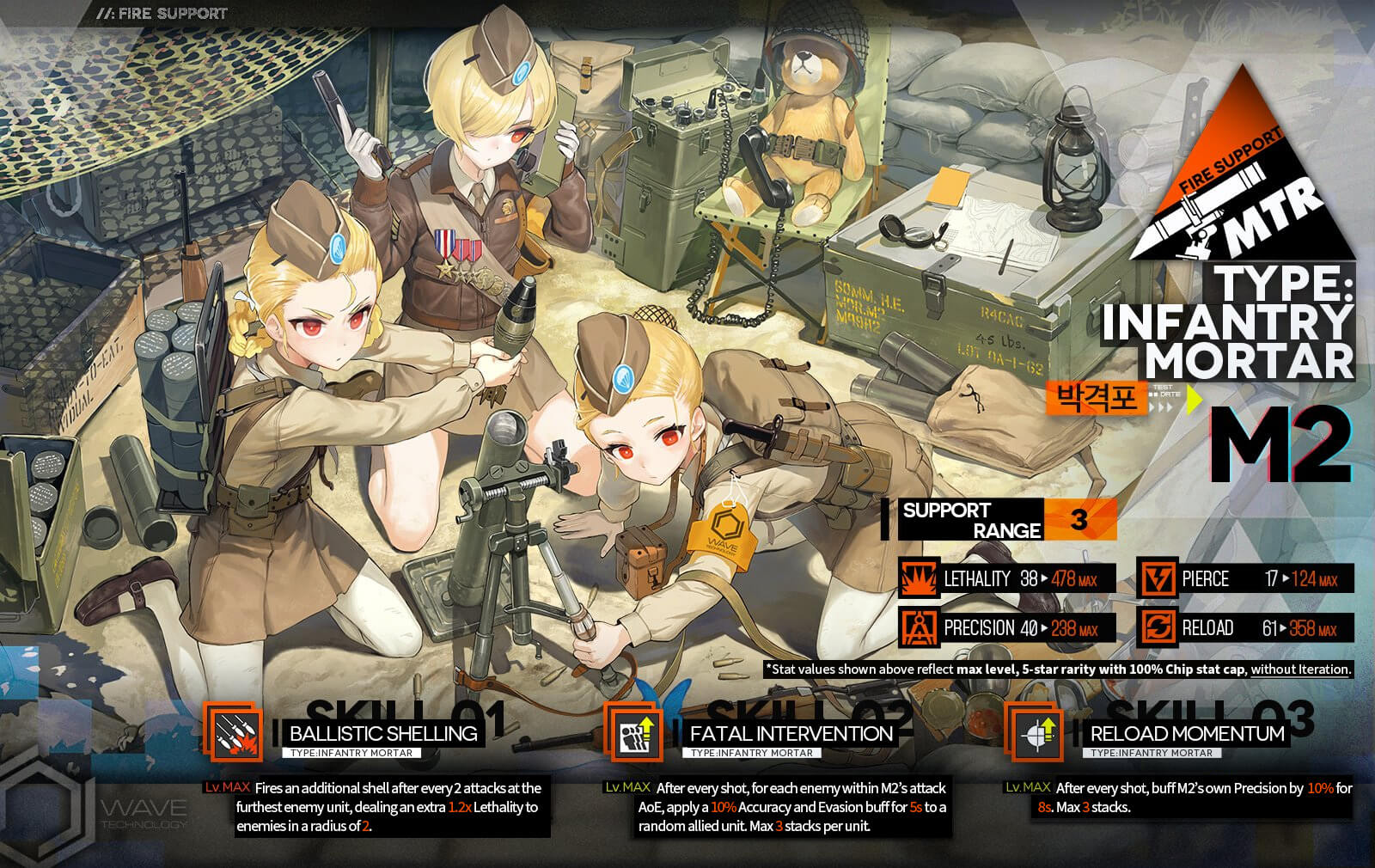 Not sure how good she is? Check out her page for a full analysis:

For more information about Heavy Ordnance Corps (HOC) units in general, check out the below guide.

The Singularity event will be added to GFL's campaign some time in June! Players who missed the event can go back and grab some of the rewards they missed, though keep in mind that not all of the limited drops will be returning. 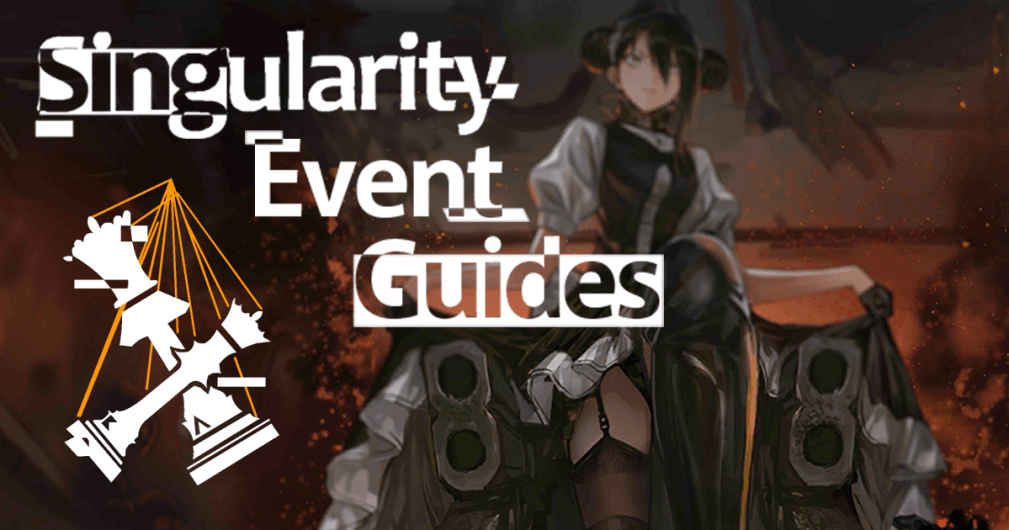 Chapter 9N and Stechkin's Special Equipment are upon us!

This is one of those special equipments that slightly modify her skill and it's too good to not have:

Wondering how to efficiently farm this equipment or how to farm other exclusive equipments at night during this drop rate-up? Ceia has conveniently uploaded a guide just on this topic!

Four new T-Dolls will be coming to GFL EN in June - from the Monthly Roadmap, we unfortunately only know PA-15 - no other silhouettes were shown.

After being left out of the previous QBU batch, PA-15 will finally be added to EN!

Her character design is probably the main reason why PA-15 is so popular abroad; after all, the DJMax collab's story leads to the following logical conclusion:

All jokes aside, PA-15's kit is unlike that of most HGs. Instead of buffing her team's damage output, PA-15 fires a charged shot that stuns and deals damage to an area around the highest HP enemy. While the effect can potentially be useful for stopping some enemies, the niche is not in high demand so you won't be using her much (especially given her strange tilebuff shape). 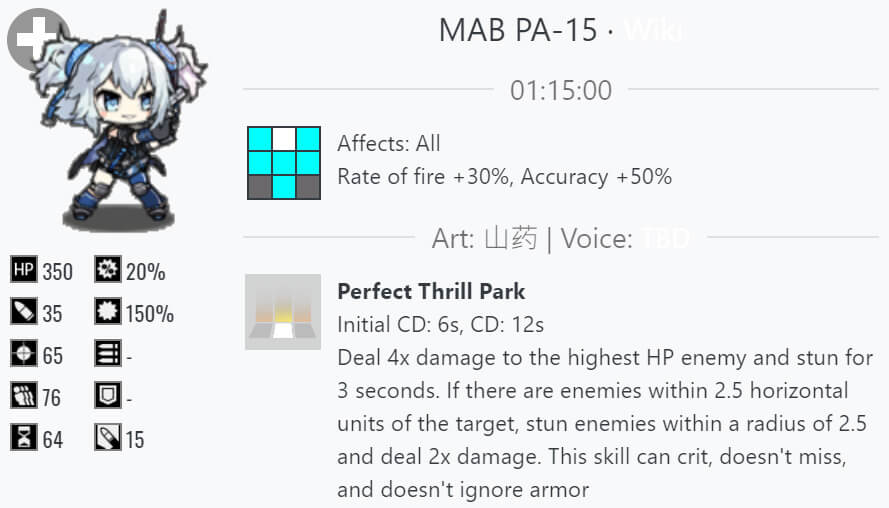 PA-15's skill cannot substitute for a flashbang! The AoE is a 2x5 rectangle (horizontal/vertical) and it is extremely inconsistent if you are trying to hit more than one enemy with it.

Here's a video comparison from PD Negev showcasing the problem:

Since PA-15 was originally in QBU-88's batch, we previously guessed that she would come alongside Chauchat, EM-2, and MG36 - since they were released together in CN. 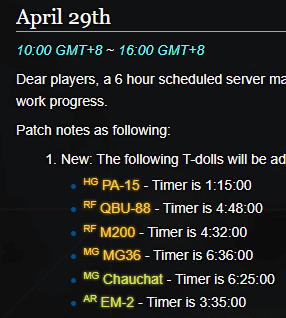 Unfortunately, MICA threw GFL EN a curveball and released only QBU-88 and skipped the rest. Now that PA-15 has been officially announced, chances are good that the rest of this batch will finally come with her, meaning the other three candidates are:

Since MICA did pull a switcheroo once, it's not out of the question that they might release entirely different T-Dolls again. Nevertheless, this is our best bet at the moment. We can only wait until late June to see if the predictions are correct or not.