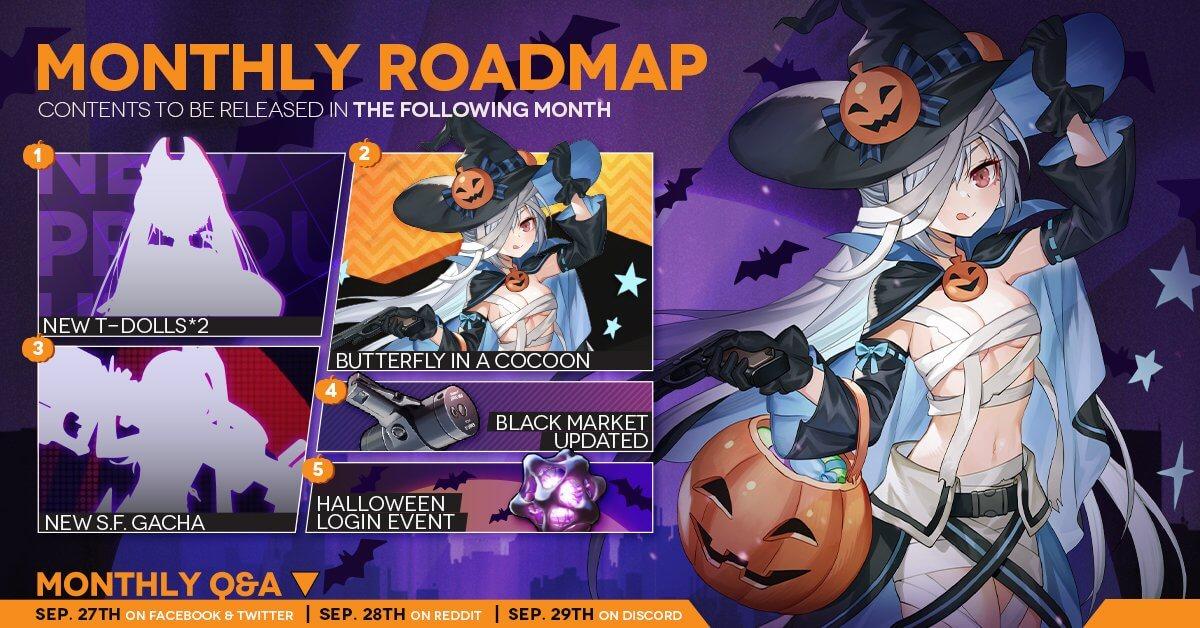 The newest doll batch has the silhouette of De Lisle, as seen below: 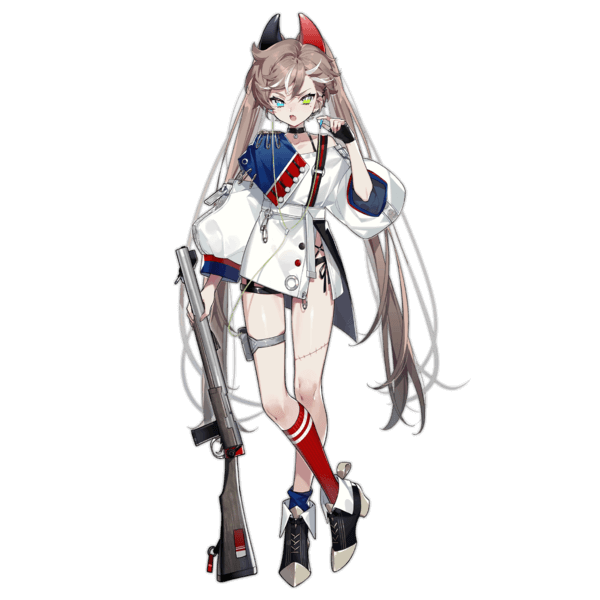 De Lisle is another RF that belongs to the Support RF niche. Some of you might remember Carcano M1891 "Pink" as the prime example of a Support RF.

Surprise surprise! After a long wait, we are finally getting new SPEQs on the Black Market. The one shown on the Roadmap belongs to PP-2000: 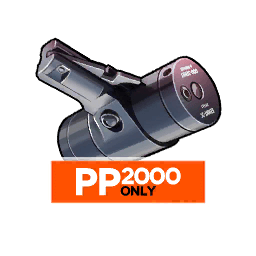 Q&A has not mentioned which Black Market items we'll get with the update, so we are left with speculation.

Currently those are the SPEQs and effects on Foreign servers: 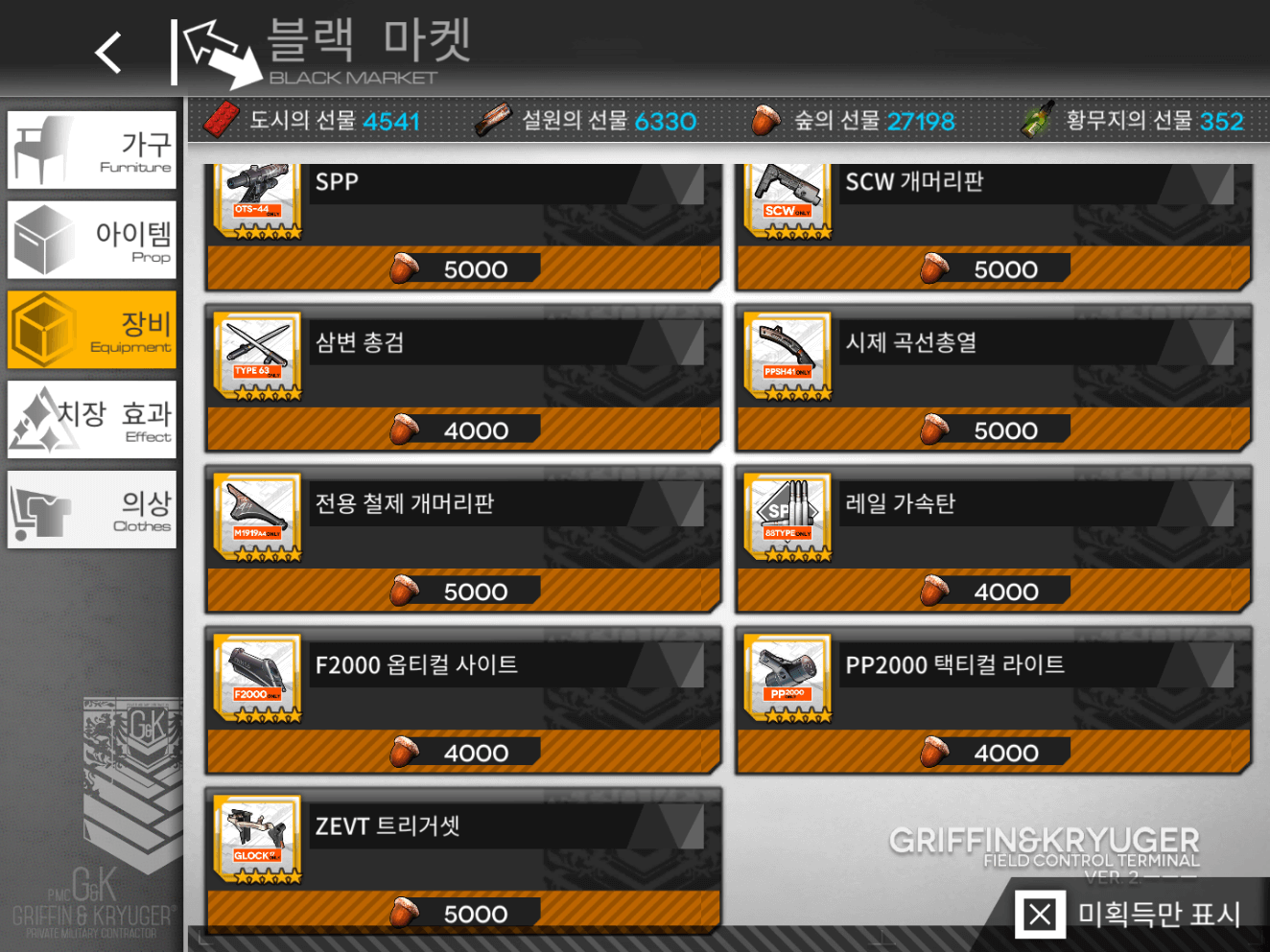 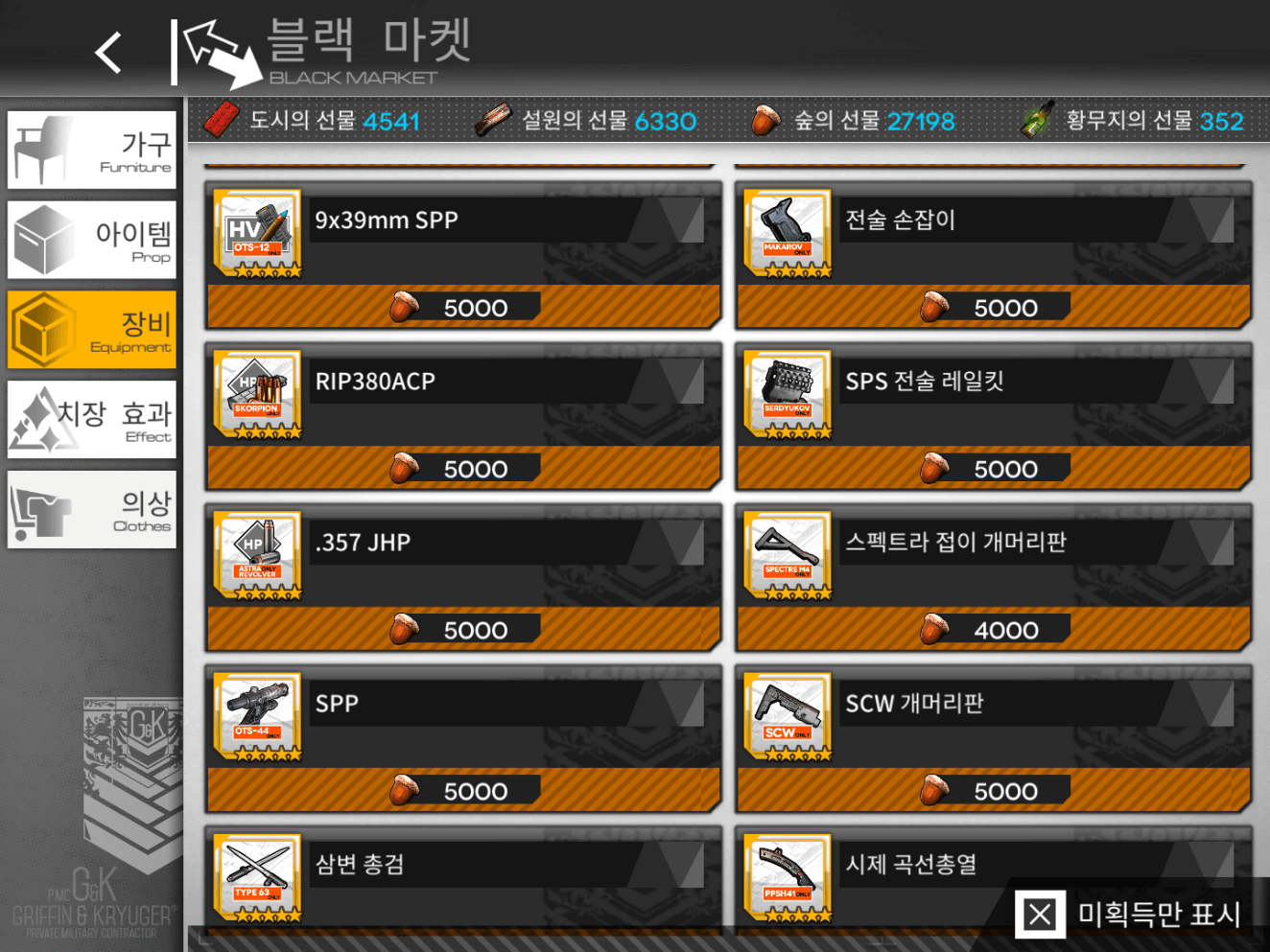 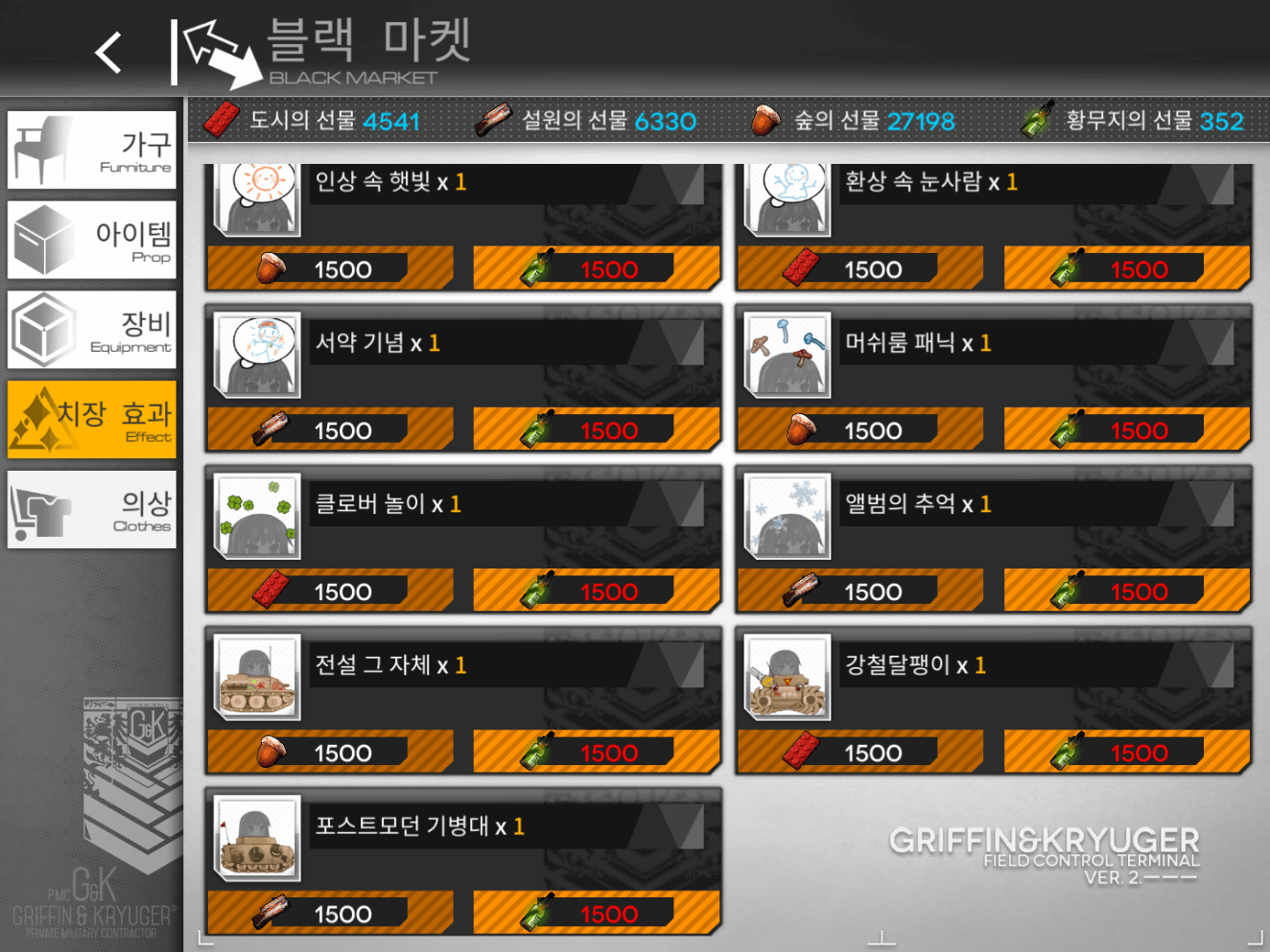 The potential main attraction of this batch would be the Type 88 SPEQ, which is an AP Ammo that has a +5 Damage bonus on top of it. Commanders are highly recommended to purchase it and enhance it, as that'll make Type 88 Mod even stronger.

Serdyukov is sadly locked behind Singularity farm and is a direct downgrade of SAA. As Commanders acquire SAA from career rewards, there is little reason to farm her. For those who have her, and lack Suppressors, her SPEQ may also be a decent purchase if they wish to field her.

Halloween login event will give out Extra Impulses. Commanders are highly recommended to not miss them out

At the time of the new Halloween event on foreign servers (2020), the Division Collab was arriving, and thus there is no readily available documentation of a login event for Halloween. This may be an oversight on our part, of the Division may have bumped a Halloween Login event off the calendar.

Therefore, we'll have to wait and see what this Login Event will bring us. For those who may not know or remember what a Login Event is, here's the Protocol Assimilation one as an example: 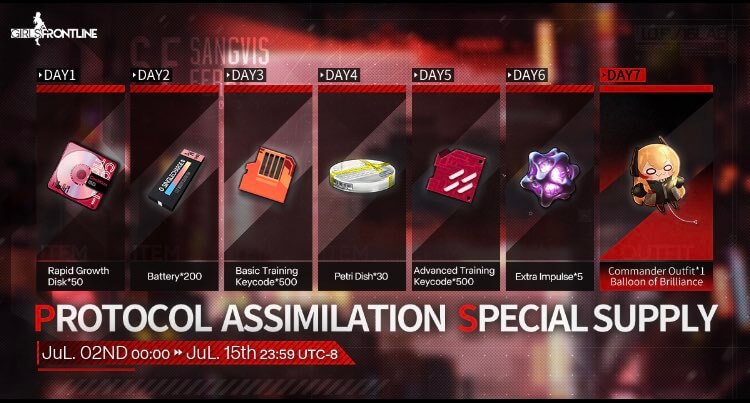 GFL EN Twitter has revealed how our Login Event will be. Commanders will have 2 weeks to login 7 days and claim rewards, including the Extra Impulses. Here's GFL EN's tweet:

October 19th will bring us a new Ringleader, Architect: 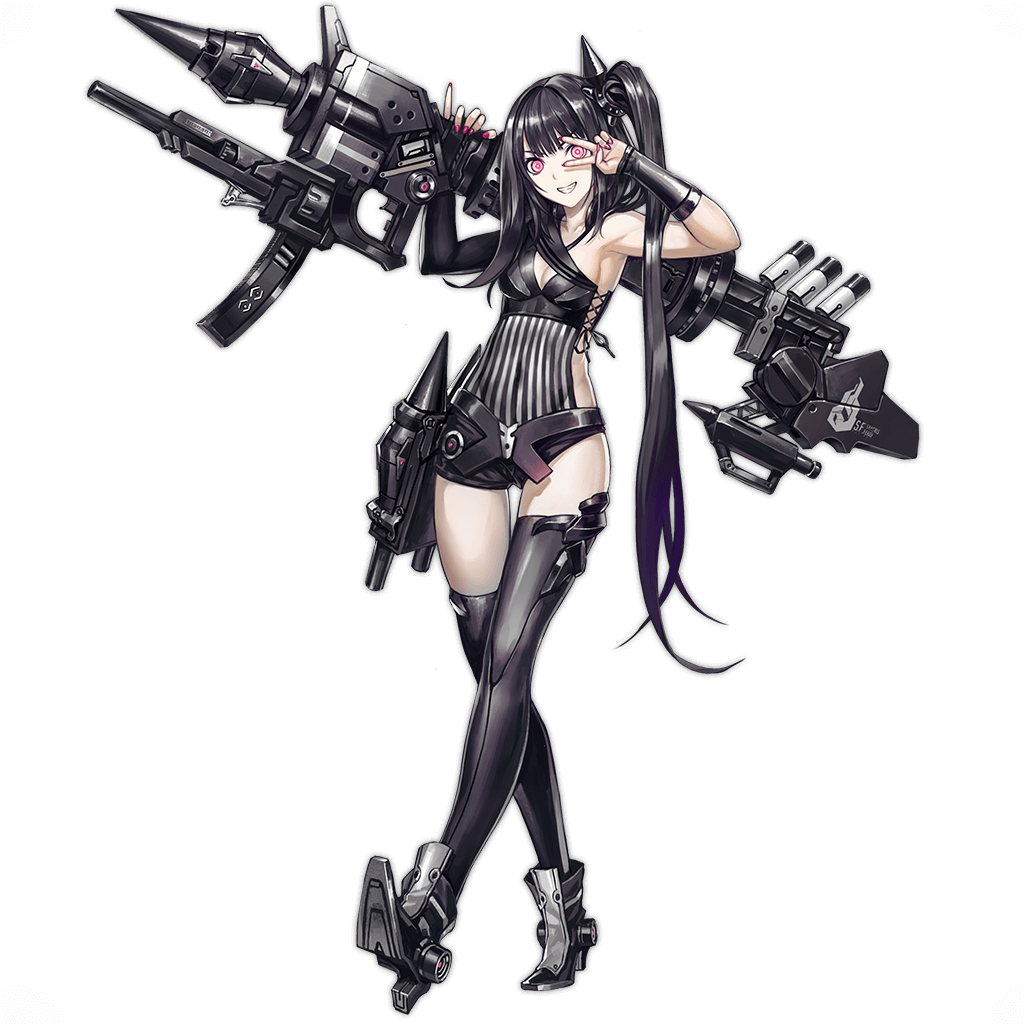 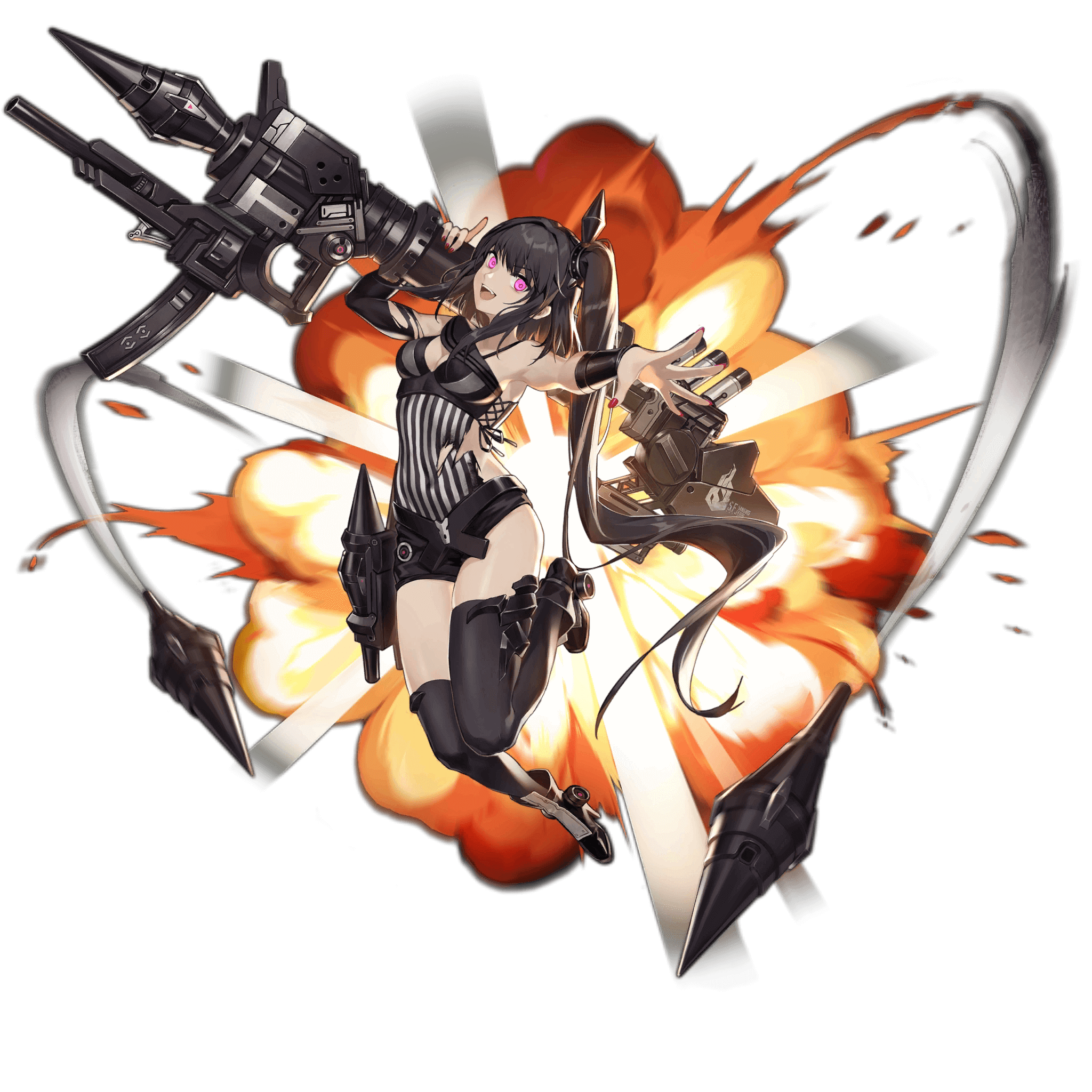 Architect is the second of several Ringleaders able to function as a HOC. Unlike Destroyer, she actually deals Piercing Damage, so she has the versatility of SF Echelons without being constrained by Heavy Helipads like Pierce HOCs are. Other than that, she is an alright unit Commanders may elect to go after or not.

For those who missed Destroyer, they may elect to grab Architect to have an alternative to traditional HOCs. Bear in mind she's more in line with Pierce HOCs than a Mortar HOC.

As a fervent follower of Pope Mars, Head of Architect Simp Church, I highly recommend going after her.

Adam's shenanigans aside, do look forward to our analysis on Architect!

The new Halloween Event has been confirmed and will likely drop as soon as the current 2019 Halloween rerun end. 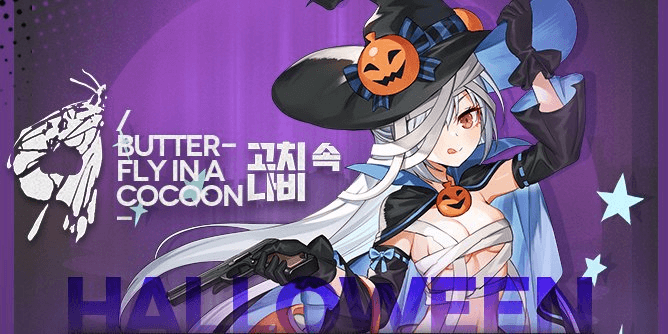 Foreign server's cover of Butterfly in a Cocoon

We have a pleasant surprise! MICA announced CZ2000, a Doll who hasn't been farmable since the original CT run back in 2020, will be a farmable Doll in Butterfly in a Cocoon! For those like me who missed the chance to have her, and was taunted by seeing her on SF Sim, I say: Yorokobe Shikikans.

Interestingly this event did have a Login Crate Reward, much like EN has received with Anniversary. These were awarded by mail for logging in every day.

At this time we don't know if EN is going to get this login event or not, but if we do, be aware the rewards would be subject to change!

Back on September Roadmap we stated the following:

"There were a couple of interesting things to note on Discord's Q&A:

Much like September, October is also going to be mostly Chill, with the biggest attraction being the new Halloween Event that, if the original run in CN/TW/KR is of any indication, should start as soon as the 2019 Halloween rerun ends.

It should also be noted that there are no Gacha Banners on the Roadmap, even though the "Tacticool" banner ends on the 25th, and so we can speculate MICA will drop a new Gacha Banner by the end of the month unannounced. Which Banner? We don't know. De Lisle might be an indication, however...

Before speculating further, we should note that there was a mix-up in-game, causing this to become available earlier than expected. 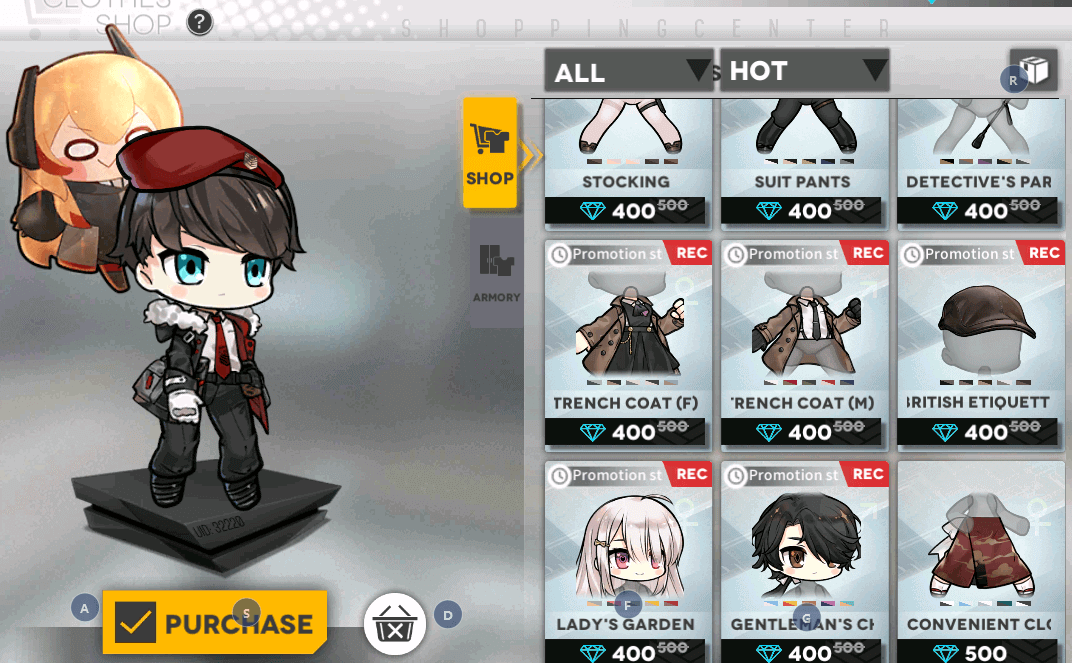 For anyone not paying attention to in-game mail, if you purchased this set they will not be removing it from your account.

The following screenshot has been shared in several places:

Amusingly enough, after Adam's mention about a possible Furry batch at the end of this month, we had Discord's Q&A, and it all but confirms we will indeed get Furry batch.

The Q&A had few answers but high information density and for those not on GFL EN discord, all the answers provided are in the screenshots below: 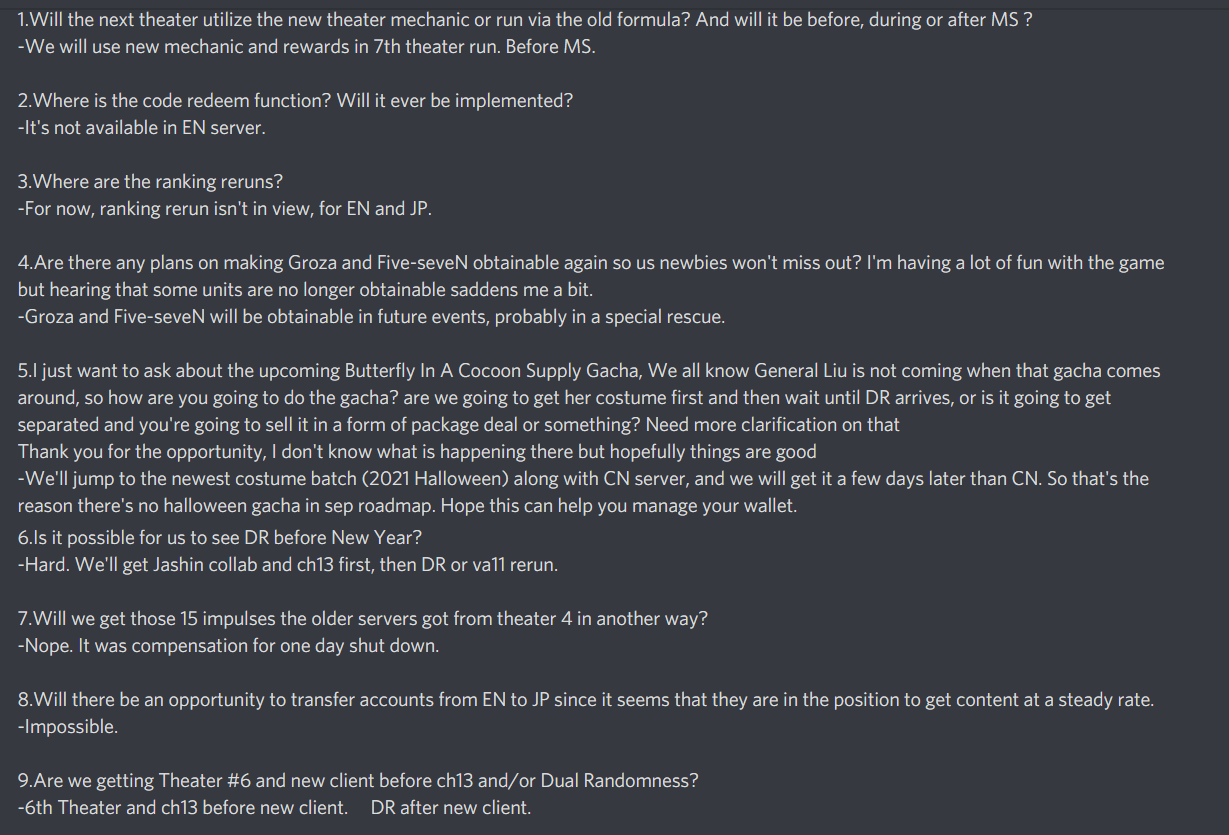 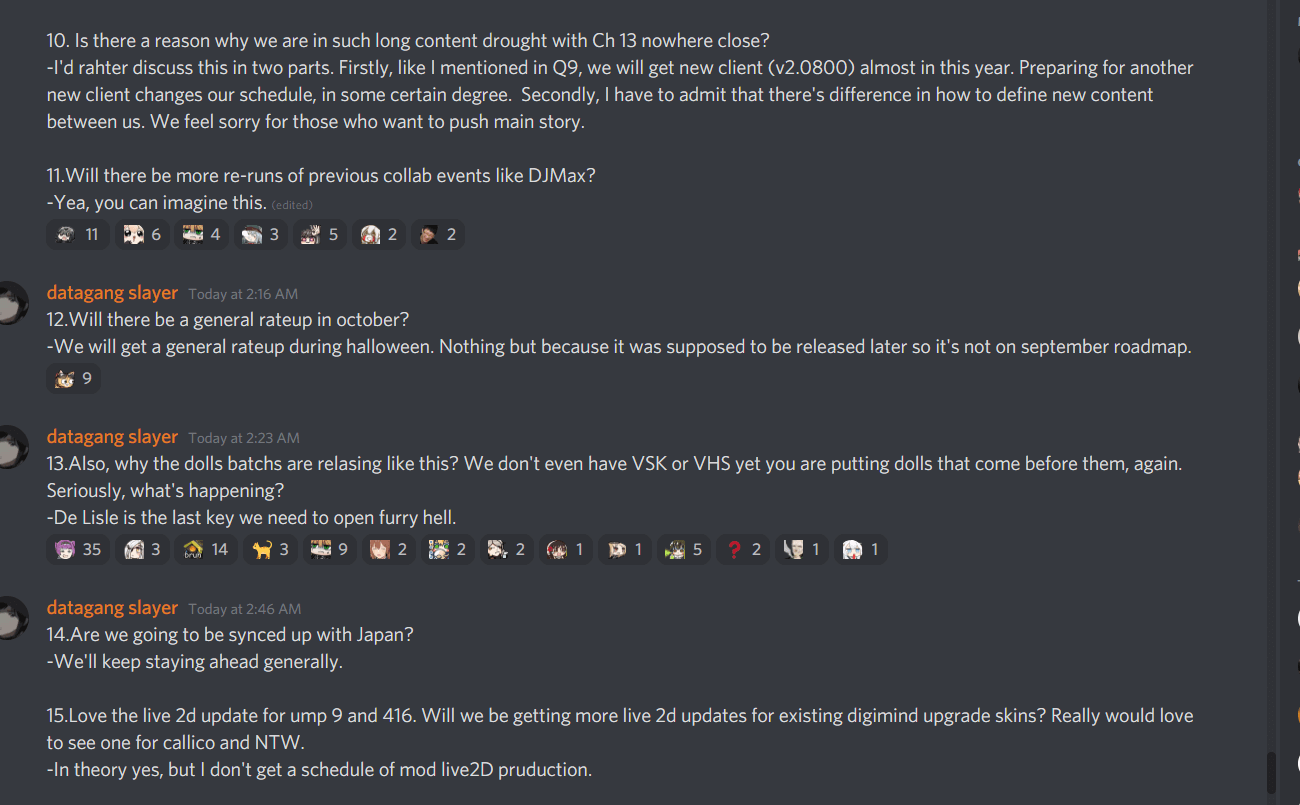 The discord Q&A this time revealed a surprising amount of information, not just on what we can expect for October, but for the rest of this year, as well as 2022. Here's a couple of insights:

Look forward to our Costume Shilling on this batch, as it'll be the first time we'll be facing a fresh Skin Gacha!

What? You don't like Jashin tries to kill yurine, fails, gets executed and eaten? Or the classic pekora is poor XD?

I'm sure everyone eager to play Dual Randomness shares your pain, Mars.

So what does this means?

Basically, Theater 6, Chapter 13 and Jashin collab will all likely arrive between November and December, assuming we don't have any surprises at the end of this month.

Considering Facebook's Q&A deleted comment, we can suspect a November release for Jashin collab, along with Theater 6 and Ch13 arriving in December, with 2.08 arriving around Christmas.

For those who may be wondering what changes were brought with Theater 7, here's my thread detailing it:

As we had this content drought due to schedule adaptions to accommodate a 2.08 arrival, this is just a prediction based on the information Q&A gave us and should be seen as nothing more than speculative guessing.

After all, 2.07's arrival faced issues, and also delayed the arrival of Theater 5.

Theater 7 is also arriving before Mirror Stage, which means veteran Commanders are recommended to hold off on upgrading Mk 153's rarity to take advantage of surplus General HOC data and maximize Data patches.

It's also been confirmed we'll get the new types of equipment and SPEQ reworks after the new client arrives, so we are looking at a tentative December-early 2022 arrival for them.

We also got more information on the rumored General Rate up. Discord Q&A stated it'll arrive during the Halloween Event (whether it's the current rerun or the new Halloween, it's unknown). So we are looking at a possible October to early November window, so stay tuned!