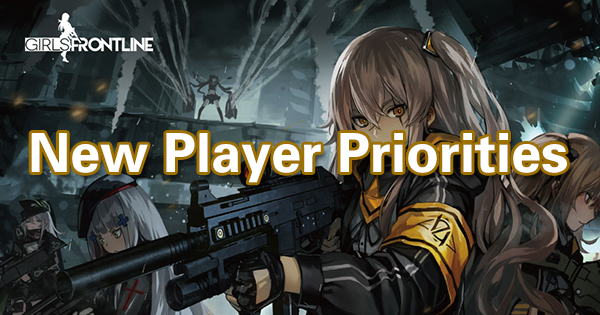 If you're a new player, the mechanics of Girls Frontline might seem overwhelming, and you may find yourself without an idea of where to begin. If you haven't taken a look at our full beginner's guide, we recommend doing so here before you continue reading. Otherwise, this guide provides a general outline of tasks for new players to maintain their core and resource stocks, improve their T-Doll and equipment production rate, and raise overall team strength. This guide does not, however, cover formation details, crafting recipes, or T-Doll power/tier ranking, so please refer to the appropriate pages for more information on those topics. 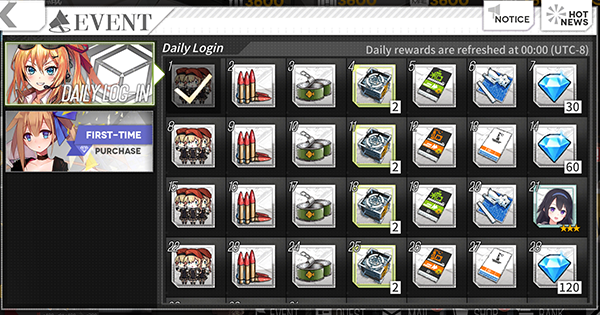 If you plan to be an F2P player, it’s inadvisable to spend your gems on anything except extra Echelons until you have at least 8 Echelons (4 for Logistics Support missions, 2 for autobattle farming, and 2 for manual farming). Logistics Support and daily quests provide enough Quick Production and Quick Repair contracts for extra repair and/or construction slots in the early game to generally be unnecessary, and spending gems on resources is not advised due to them being farmable. After reaching 8 Echelons, suggested gem spending prioritization should be as follows: Oath Certificates, then Dorm slots, then Repair slots, then T-Doll Production slots. Any consumables that are not Oath Certificates have limited long-term utility and therefore should not be purchased with gems (unless you want to spend money on a T-Doll outfit package that you like). 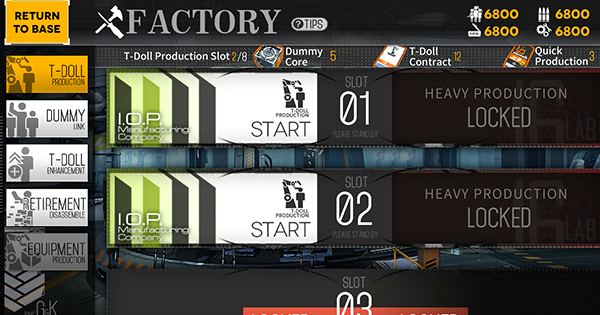 It is generally advisable to focus on the logistics missions that have T-Doll contracts as completion bonuses. This is because earning more T-Doll contracts enables you to keep attempting to roll higher rarity T-Dolls after completing the daily production quests. For more information on production rates and recommended crafting recipes, see our T-Doll Production guide here.

Don’t be afraid to disassemble excess 3 star T-Dolls, as they are very common drops in later missions and also give you cores that will be necessary for Dummy Linking 5-star T-Dolls later in the game. It’s best not to disassemble 2 star T-Dolls as they do not give cores; they’re better used for T-Doll Enhancement fodder.

Do not, under any circumstances, disassemble the 4-star AR T-Dolls you get from the story (M4A1, M4 SOPMOD II, ST AR-15, and M16A1) as they are only obtainable once by completing the story missions (2-6, 3-3, 3-6, and 4-6 respectively). All four of these AR’s are considered top tier in their respective roles, and cannot be re-obtained if disassembled.

The free 3-star T-Dolls (Skorpion, STEN MkII, AK-47, etc.) obtained from quests are good enough to carry you through up to about 2-6 Normal, but should not be too heavily prioritized after obtaining enough 4 and 5-star T-dolls to form at least two main Echelons.

Using the story-unlocked AR’s is highly recommended as they are very powerful but do not require 15 Cores to initially Dummy Link. Although it is impossible to get duplicates of these units, it is still recommended to save Cores for them as if they were 5-star T-dolls due to their utility and strength. 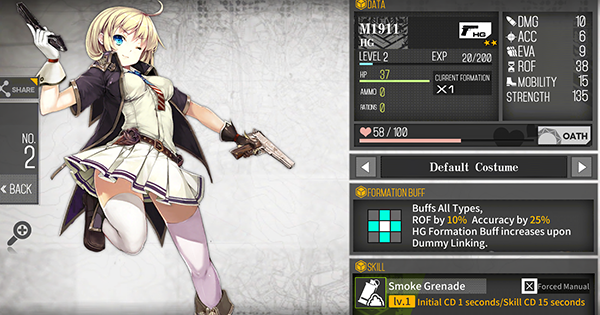 The easiest way to level up a newly obtained T-Doll is to complete the EXP Mode Combat Simulation missions that are offered on Wednesday, Saturday, and Sunday. These missions provide a large amount of EXP that is split evenly between all participating T-Dolls regardless of each T-doll’s individual participation, so it is possible to quickly level a brand new T-doll by using a powerful Echelon to clear the map while the weaker doll sits in a separate Echelon on the side and waits for the battle to finish. Clearing any EXP Mode combat simulation or any regular mission also grants a certain amount of Surplus EXP that is stored in the Data Room portion of the Dorm. Using the Desk in the Data Room, it is possible to produce Combat Reports in exchange for Batteries. Combat Reports consume Surplus EXP and can be gifted to T-Dolls in the Dorm, providing them with 3000 free EXP. In the Data Room, you will likely want to prioritize spending batteries in order to increase Surplus EXP capacity (done by upgrading the Data Room’s Data Table) and increasing Combat Report production rate (done by upgrading the Computer). Maintaining a consistent production and stock of Combat Reports is instrumental in being able to bring any newly produced T-Doll up to a suitable level quickly. For more information on what maps to grind for the fastest leveling, see our Leveling guide here.