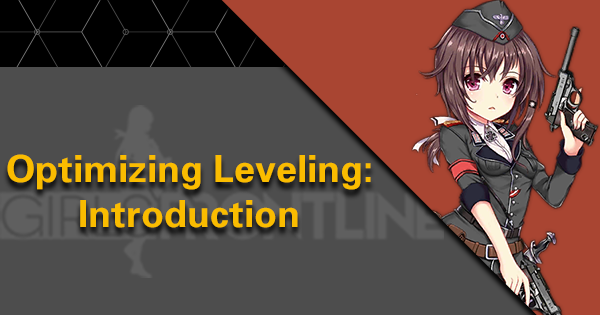 Clearing a map normally is the Standard leveling method, but there are two alternative strategies that aid with leveling.

Terminate Method optimizes leveling by allowing you to grind certain maps in 1 turn instead of spending multiple turns completing the entire map. This is done through attacking a few key low-strength mobs, returning back to a Heliport/Command Post and retreating the squad you have been leveling before terminating the mission.

Terminated missions will apply a penalty to all Echelons currently on the map, emptying them of all of their currently held Ammo and Rations. However, terminating and retreating does not apply an Affection penalty to your T-Dolls.

You will be deploying two teams: a leveling team and an extra team 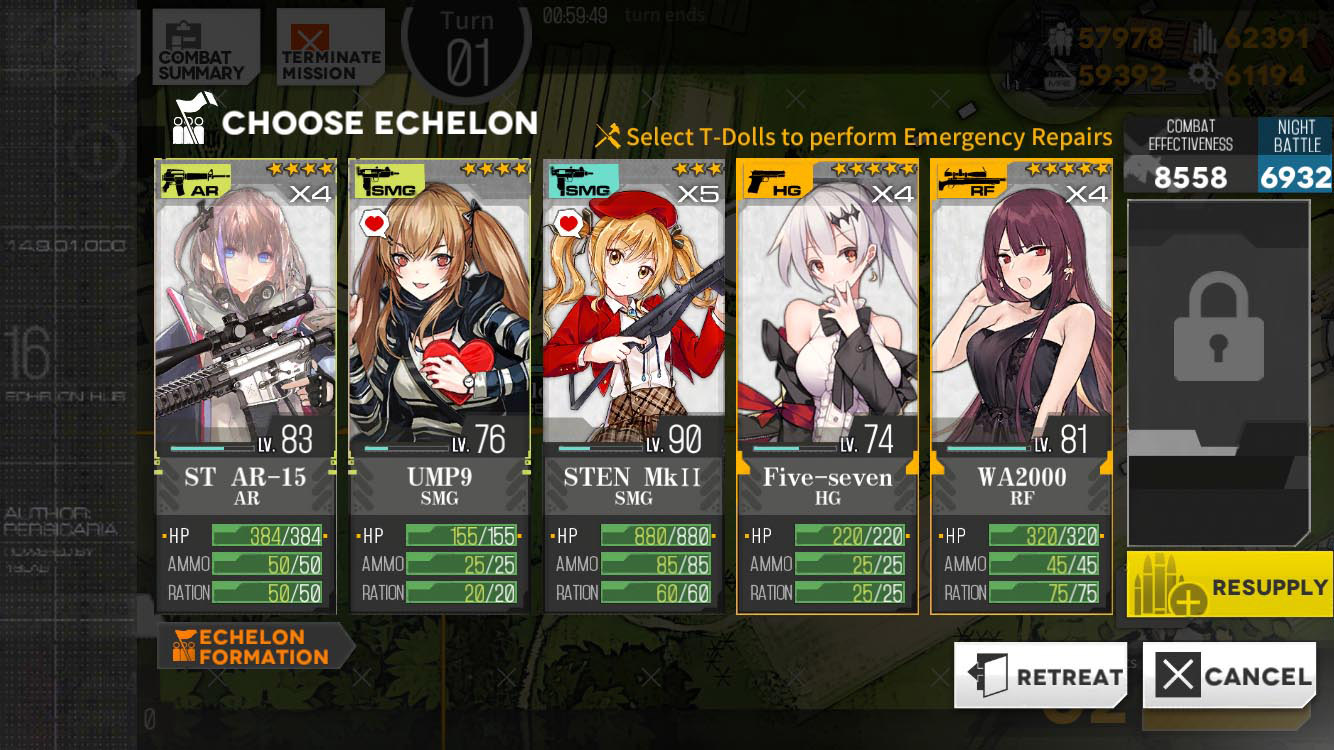 An example leveling team. These T-Dolls need to level up, so they’ll be the ones fighting enemies. 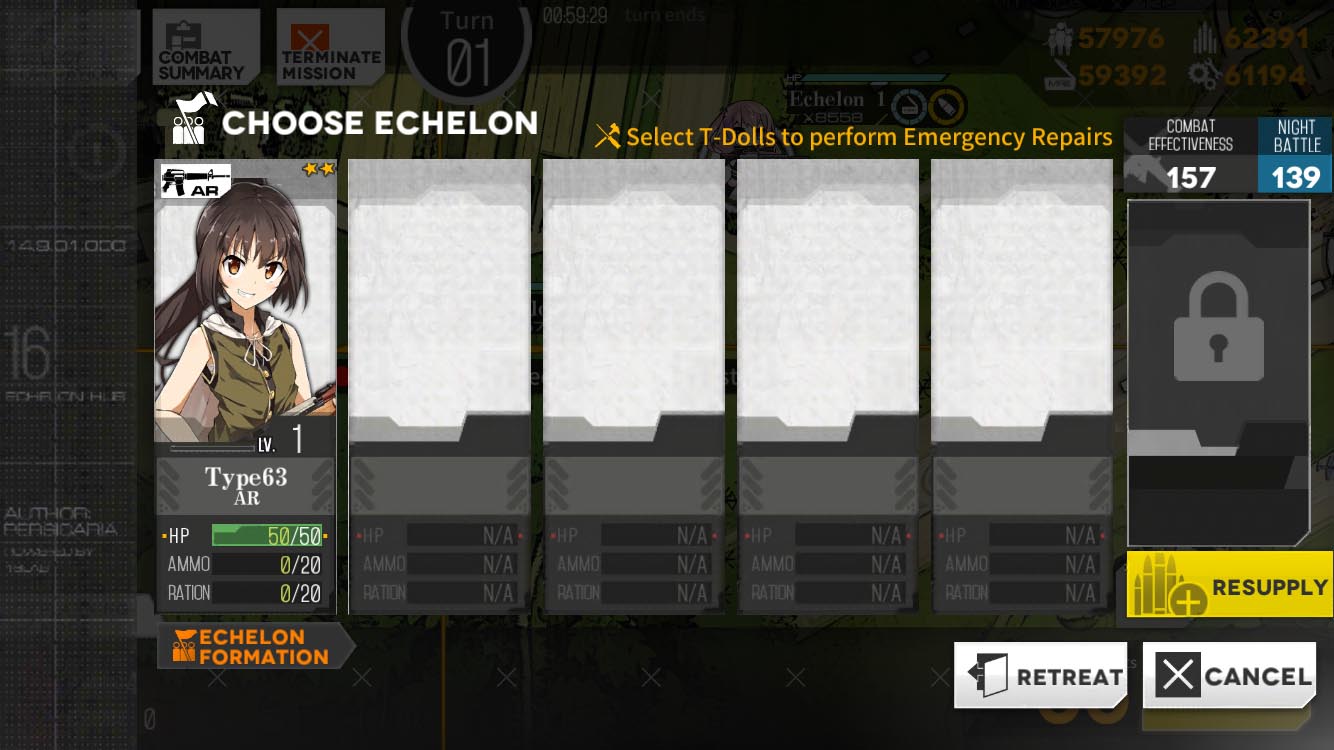 An example extra team. This team contains a single T-Doll that is not carrying any Rations or Ammo.

Below is a step-by-step guide of how to use the Terminate Mission leveling method:

The Corpse Dragging leveling method significantly reduces the amount of resources spent while leveling. This is done by only giving 1 T-Doll Ammo and Rations, effectively cutting resource costs by 4/5. Because this T-Doll is only one in her Echelon supplied with Ammunition, she will be the only one able to attack during combat.

You will be deploying two teams: a resupply team and a team that contains the units that need to be leveled. 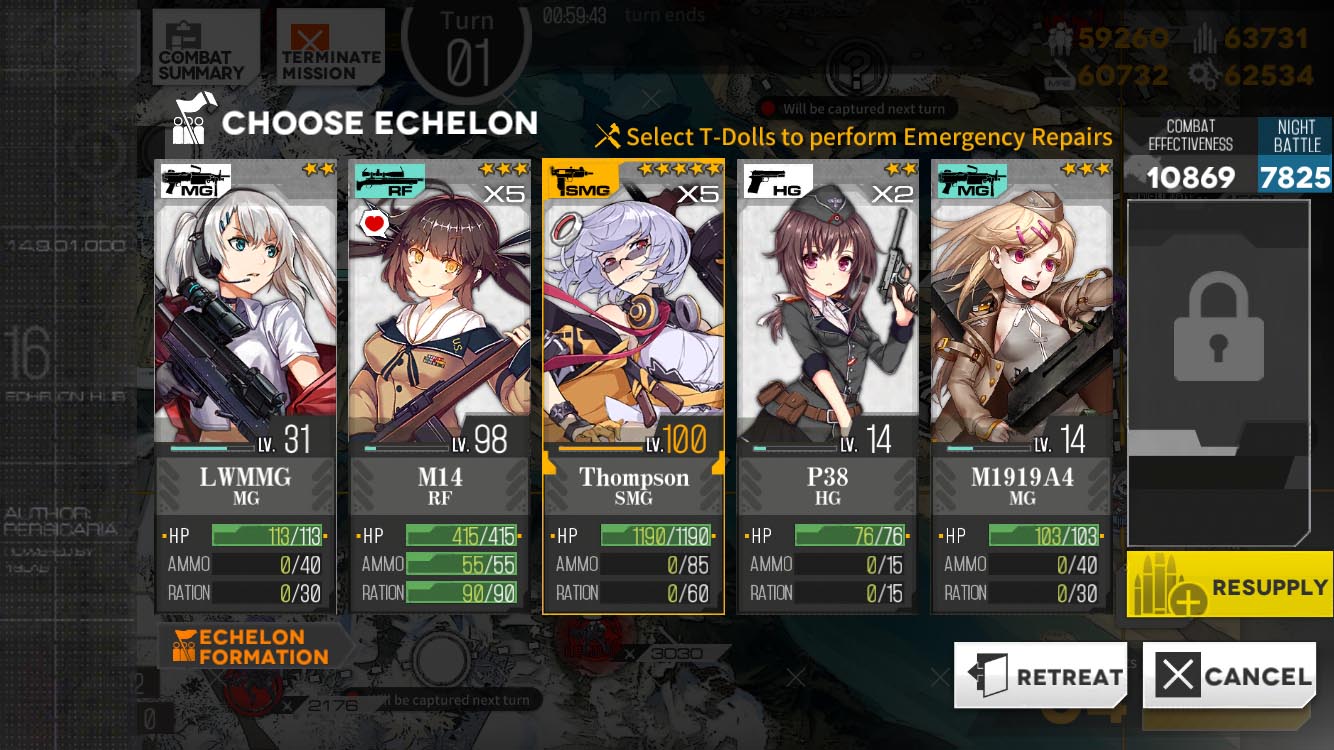 An example leveling team. Only the DPS “carry” (M14) has Ammo and Rations. 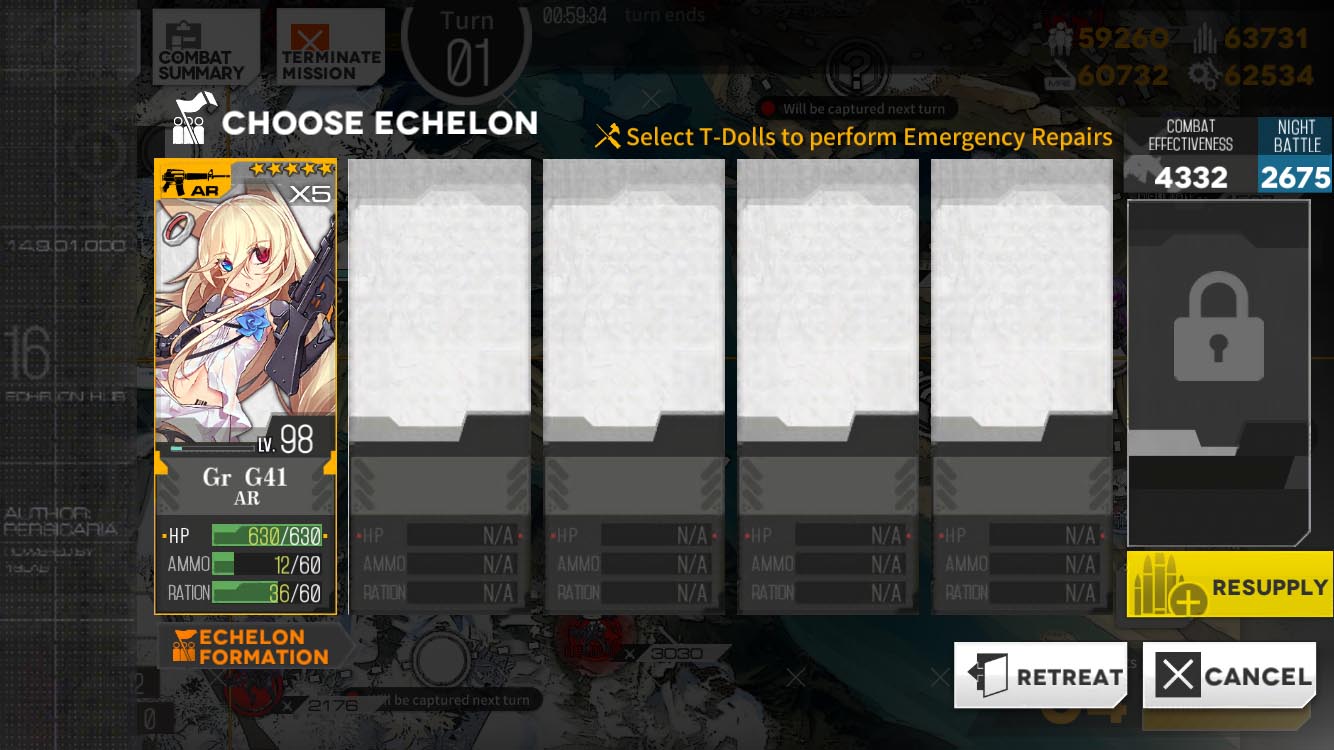 An example resupply team. The other DPS “carry” (Gr G41) needs to be resupplied.

Below is a step-by-step guide on how to use the Corpse Dragging leveling method:

If you cannot complete three runs of a map using Corpse Dragging before your tank requires Repairs, then this method should not be attempted until your tank and DPS units are stronger.

Due to the countless variables influencing an Echelon’s strength, it is recommended that the player experiment with leveling maps to see for themselves if they are ready to move up. As a general guideline, maps have been grouped in sections separated by the recommended T-Doll level. Corpse Dragging requirements have also been added, but it should be noted that the ability to Corpse Drag heavily depends on the strength of the DPS T-dolls. Thus, these guidelines and requirements are not absolute and we encourage the player to test out the limits of their Echelons.

http://underseaworld.net/gf/ for maps without UI