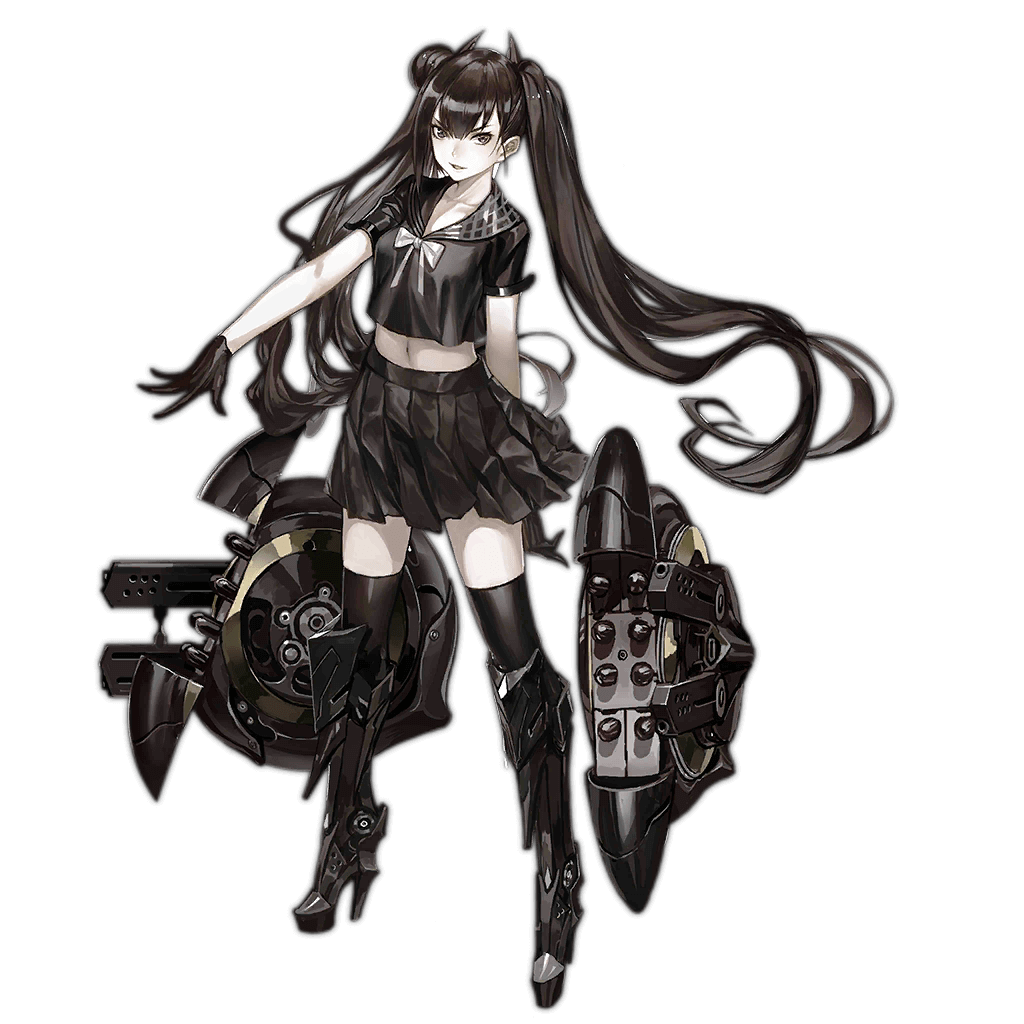 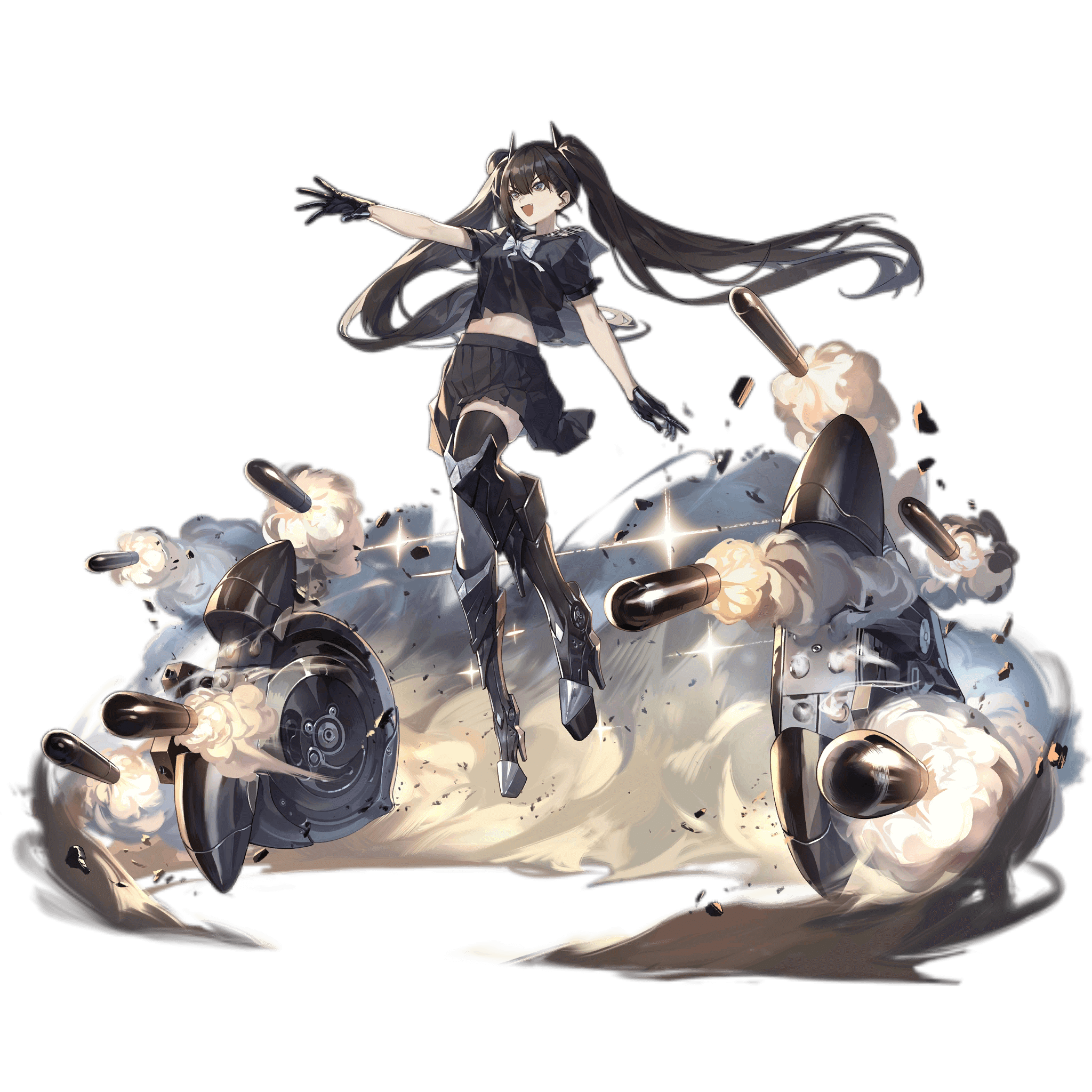 Oreos's buffs come with a mixed flavour. While Crit Rate buff is always welcome, and Evasion can help a bit Manticores tank, the Unarmored buffs are largely wasted, as the majority of the best Coalition units are Mechanical, and Manticores will always appreciate the ability to hit harder, and maybe strike right a few extra hits. Other Mechanical units appreciate one buff or the other, which is a fairly big downside, given the miss on getting these buffs.

Ouroboros, the mad Ringleader from Operation Cube, is here. She focuses on Critical Hits, and Buffs, with a Vulnerability Debuff thrown in for flavor. Ouroborus tries to stand out by having a higher-than-average base Crit Rate of 40%, and the ability to Crit on her Active Skill, along with boosting all friendly units Crit Rate. We will discuss the implications of this below.

Ouroboros' regular attacks are once again a Multi-hit affair, with each hit dealing 0.5x her base Damage, due to her third Skill, Venomous Fang. As always, this cuts into her effectiveness against Armored units, something that her higher Crit Rate is not going to save her from this problem, as Crit Damage is calculated after Armor reduction, but it will help to minimize the impact. Against more traditional Enemies, Ouroboros will perform acceptably. There is one final interesting quirk to this attack: Every time Ouroboros Crits, she will apply a stack of 3% Vulnerability (5% at Level 10) to the target, stacking up to 3 times. Vulnerability remains a potent debuff in Girls Frontline, as it boosts the Damage of everything, including HOCs, HOC Ringleaders, and the entire Echelon.

While Ouroboros’s theoretical 15% Vulnerability is a strong asset, her reliance upon RNG to apply the Debuff and maintain stacks undercuts its usefulness, as any strategy based upon that increased Damage will be subject to a significant degree of random chance. As a result, even accounting for Ouroboros’s 4th Skill, her Vulnerability can be considered a nice benefit, but should not be used to build strategies or as a primary reason to pull for/use Ouroboros.

Ouroborus’s 4th Skill, Stimulatory Hormone, is a Critical Hit Rate boost to her entire Echelon that lasts for five seconds. With a short ICD and Cooldown, this Skill will offer at least some boost to the Damage of the entire Echelon. Because Coalition units have a fixed Crit Rate, the value of this Skill is somewhat dependent upon what Units Ouroboros is paired with. Jaegers and Ouroborus herself can make the best use of this boost, but any Coalition unit with a Crit Rate of 20% will notice the improvement.

Ouroboros’s active Skill, Venomous Blossom, is a bit of a toss-up, all because of Random Targeting, and a long duration to get the full Damage. Ouroborus choses a random target every second and deals a Link based attack to them, inflicting up to 1.2x Damage that can Crit. This will happen 8 times. While this attack is Link-based, it does not have an Area of Effect, so only the target will be Damaged. For the same reason, this attack is still reduced by Armor, although once again the Critical Hit chance can cause this Damage to spike. As a small upside, Ouroboros has very good uptime on this Skill, thanks to its long duration.

There are a number of downsides to this Skill, beyond just the reduced Damage against armored enemies. Random targeting means that Ouroboros is as likely to attack on a nearly dead enemy as she is to target a full HP one, wasting one of the hits of her Active. Likewise, she can spend all 8 attacks on the trash enemies protecting a single large target (Strelets protecting a Doppelsoldner for instance), or thanks to the extremely long duration, can waste attacks on a Boss who goes into an invulnerable state during the attack sequence.

Final strange quirk. There are more attack animations than hits, and this Skill does appear to be able to miss, although it will not display the ‘Miss’ notification when it does so. This can make tracking the hits, targeting, and Damage, harder than it needs to be.

Last but not least, Ouroborus’s map and second Skill, Mobius. If on a Friendly Node, or at Night, she passively boosts the Movement speed of her entire Echelon, along with Rate of Fire. Movement speed is less useful for Coalition Echelons that are unlikely to be kiting or microing as much as a traditional Echelon. Rate of Fire will not go amiss, as Manticores enjoy shooting faster, and the single backline units all can benefit from more Rate of Fire. The limits of Friendly Nodes or a Night Battle are more significant than they sound, as Night battles are becoming less and less common, and often you are not fighting on friendly nodes during event maps.

The active portion of this Skill acts similar to the EMP Grenades/Towers we saw during Polarized Light and Shattered Connection, freezing an enemy within 2 spaces of Ouroborus in place for one round. This can be useful, although the 3 turn cooldown stings.