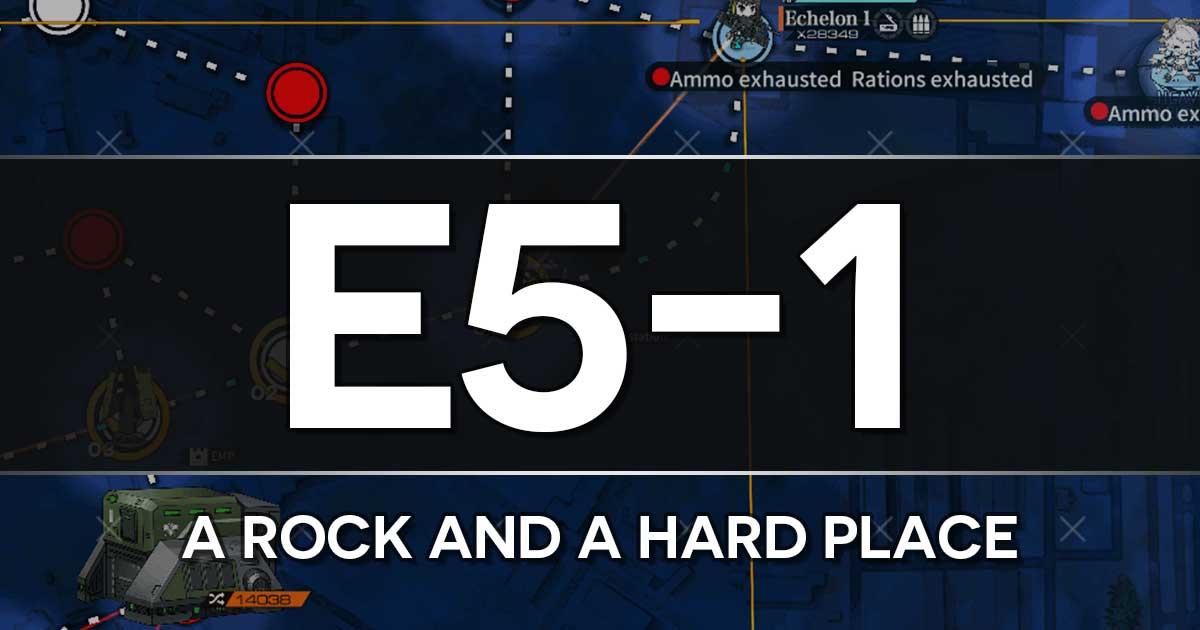 With all enemies defeated

Behold a KCCO Armored Train(s), shortened to Gustav by the player base. Those three segments exist to ruin your day, your Dolls day, and the day of the guy two counties over. And that's on Normal Mode. Sounds fun right? For a more helpful description, each train Segement acts as an enemy HOC, similar to the Mortar installations that could be found in Isomer and Continuum Turbulence. They have a range of up to 4 nodes, and a minimum range of 2 nodes.

Luckily for you, on Normal mode, these guys are easily avoidable and fighting while under Gustav fire is not required. We'll talk about actually fighting the Gutsavs themselves in another Chapter.

Chapter 5's introduction is relatively low key, giving an easy way to remove the Gustavs, but also showing off a few other new friends who are substantially less easily dealt with. Many of these enemies are familiar to those who been playing for a few months, having appeared in the Summer Seasonal Event. The Archers, Dogs, Minotaurs and Recce Centers (along with Pathfinders) all featured therein.

Bear in mind that this is 'lowkey' compared to what Chapter 5 can throw at you. That does not mean these maps are easy. Bring your A-game or die. Yes, even on Normal mode. 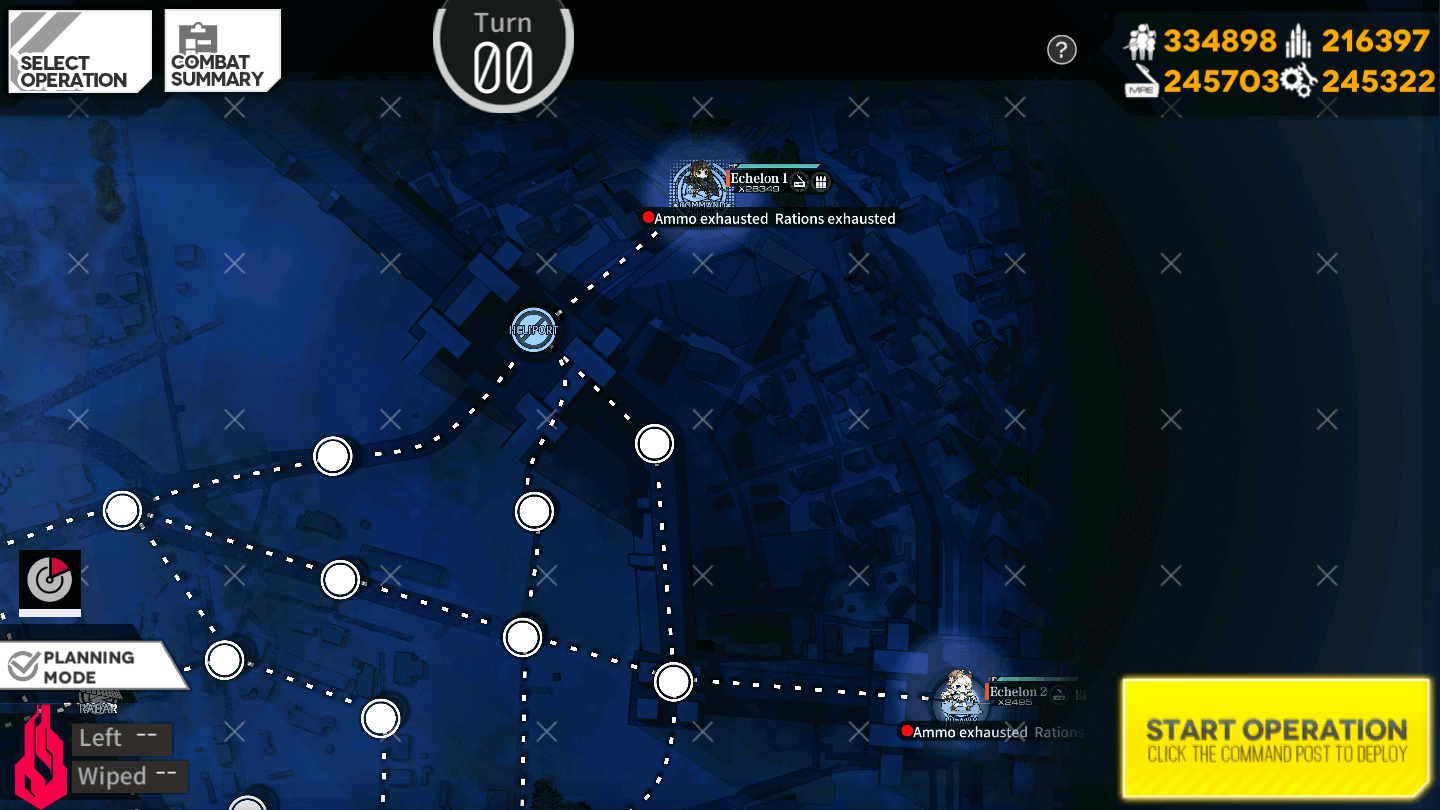 Deploy any Echelon you chose on both Heliport and Command Post. 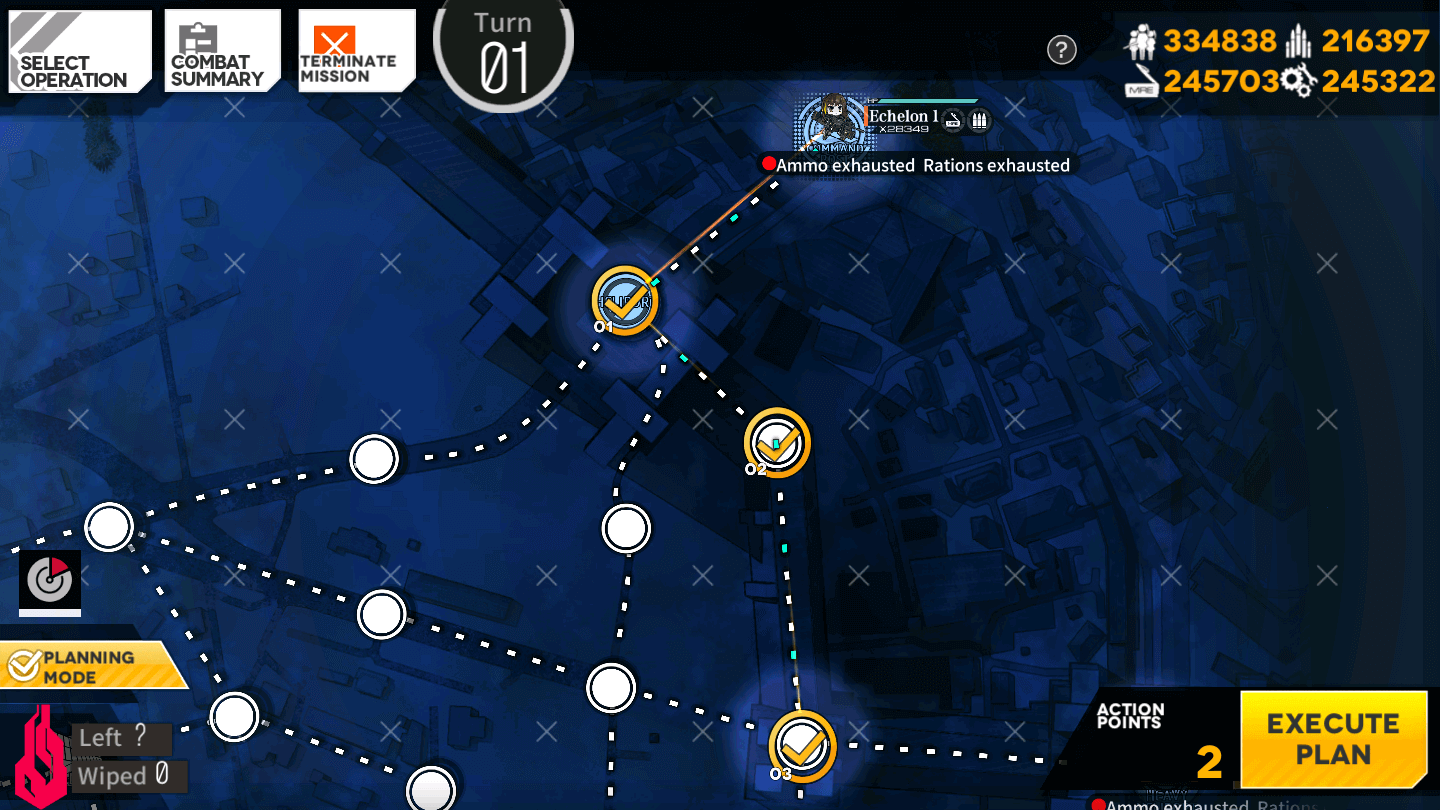 Moe the Echelon on the Command Post down three nodes. 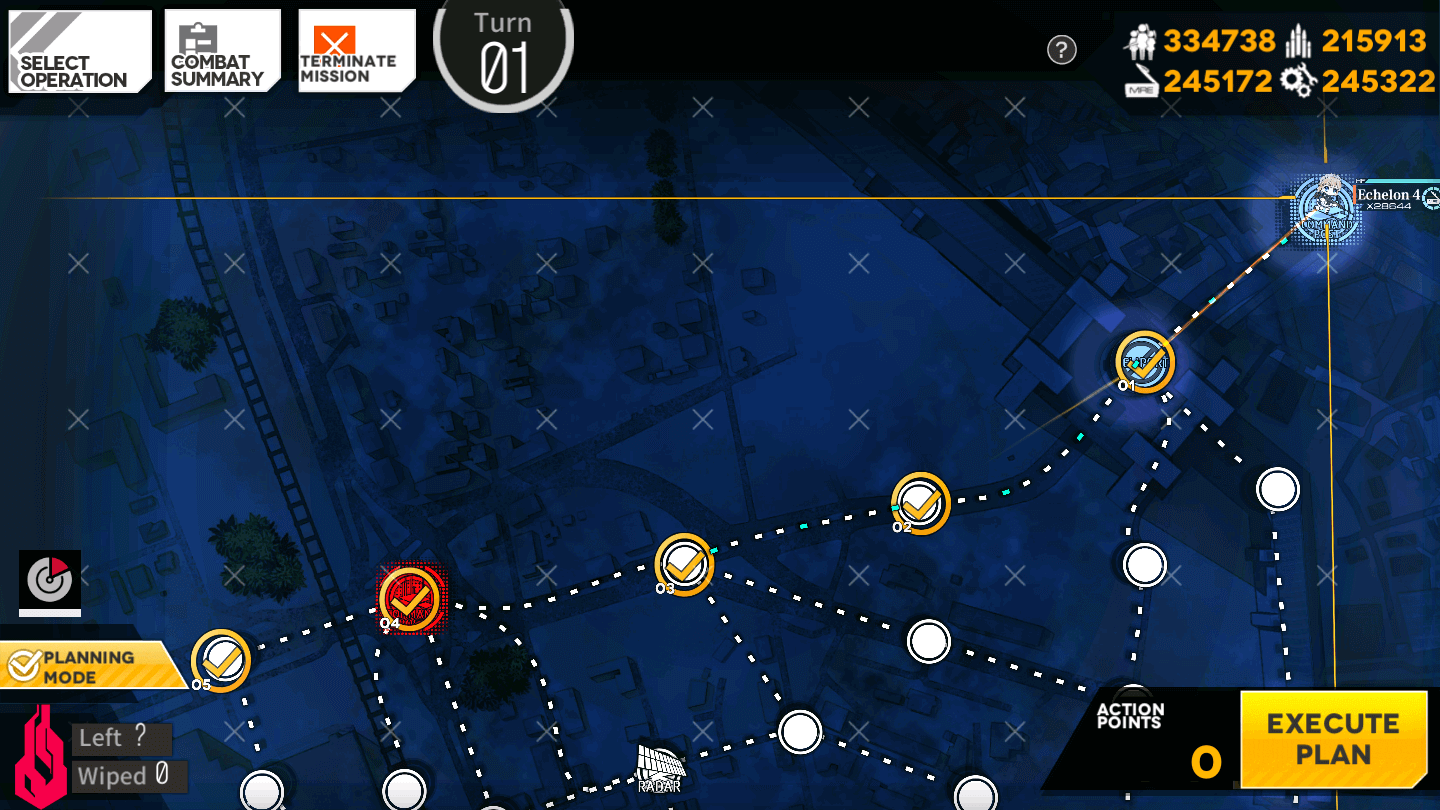 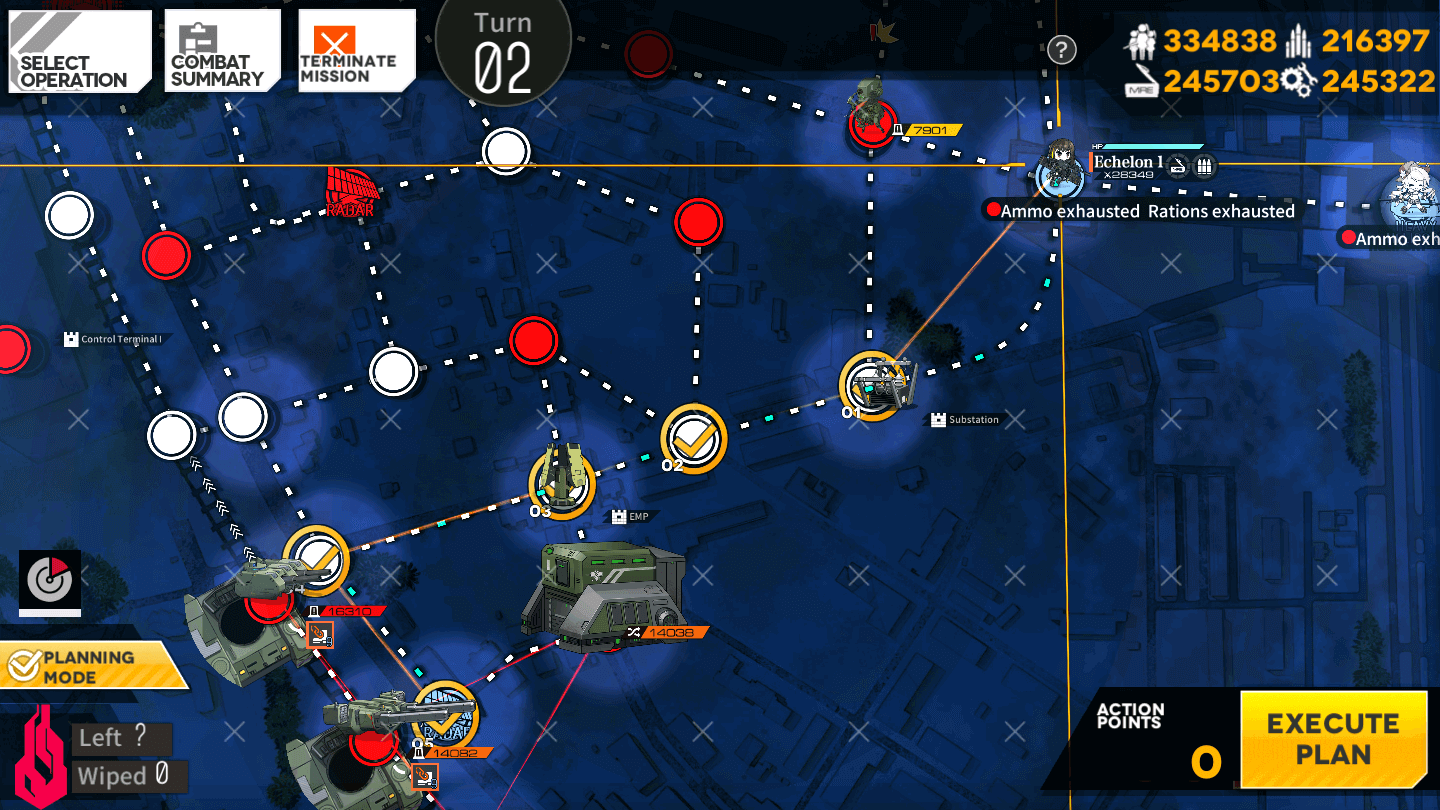 Move the leftmost Echelon to the left four nodes and down one node. End your turn. 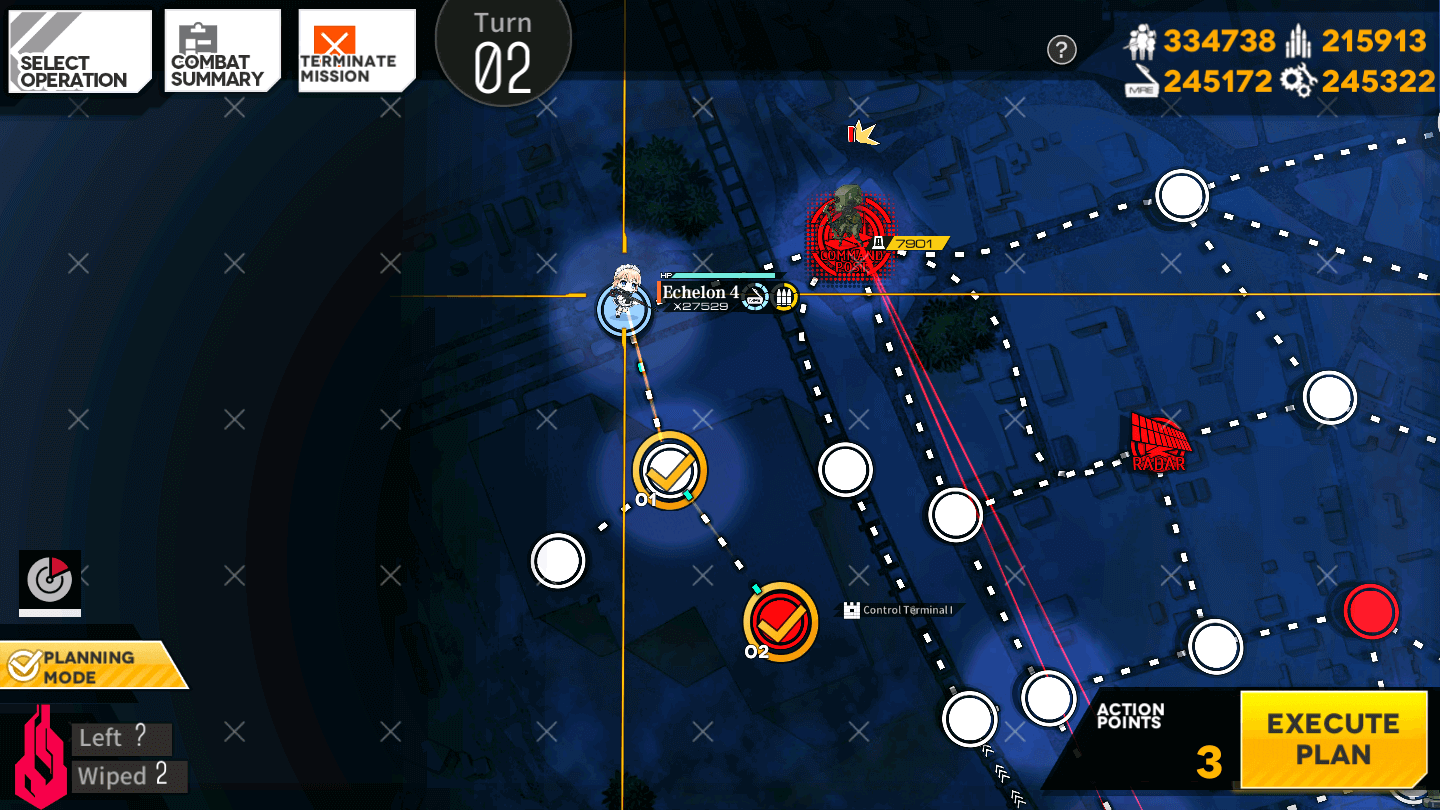 Move the left Combat Echelon down two nodes. Activate the Detonator. This will remove the Gustavs from the map. 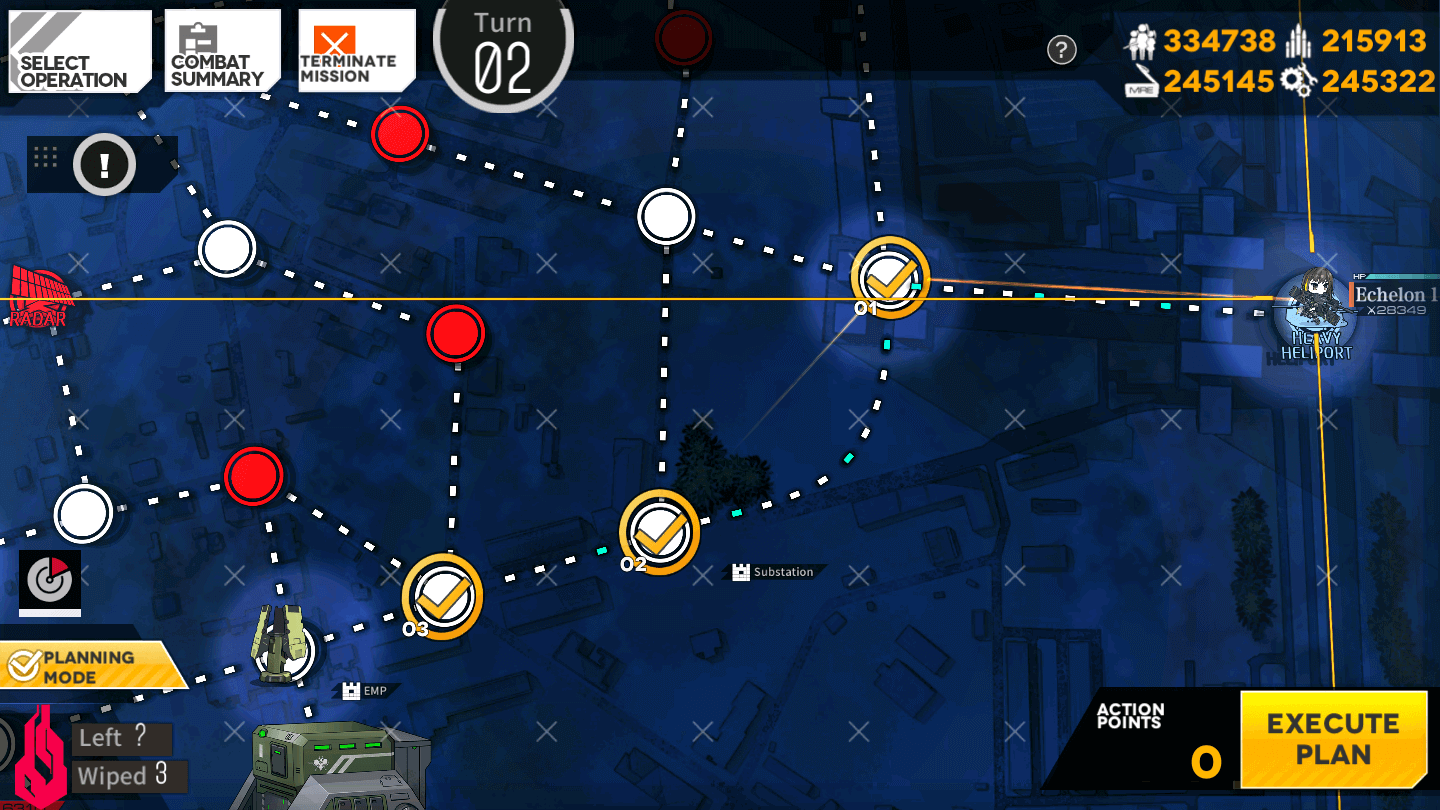 Move the right Combat Echelon to the left one node, and down one node. Activate the power station, then move left one more node. End your turn. 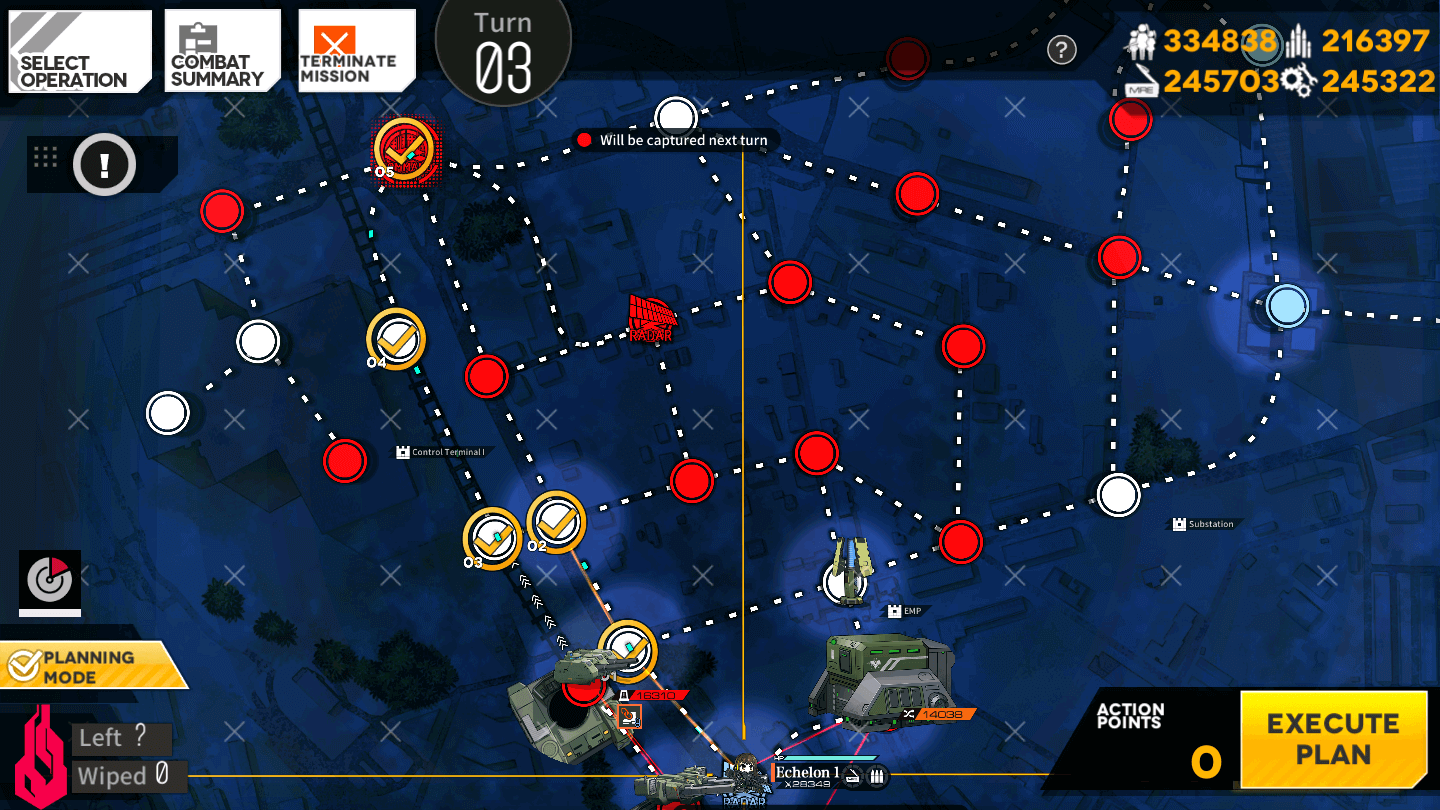 Move the leftmost Echelon up two nodes, to the left one node, and up two nodes to capture the Command Post. This objective is now complete! 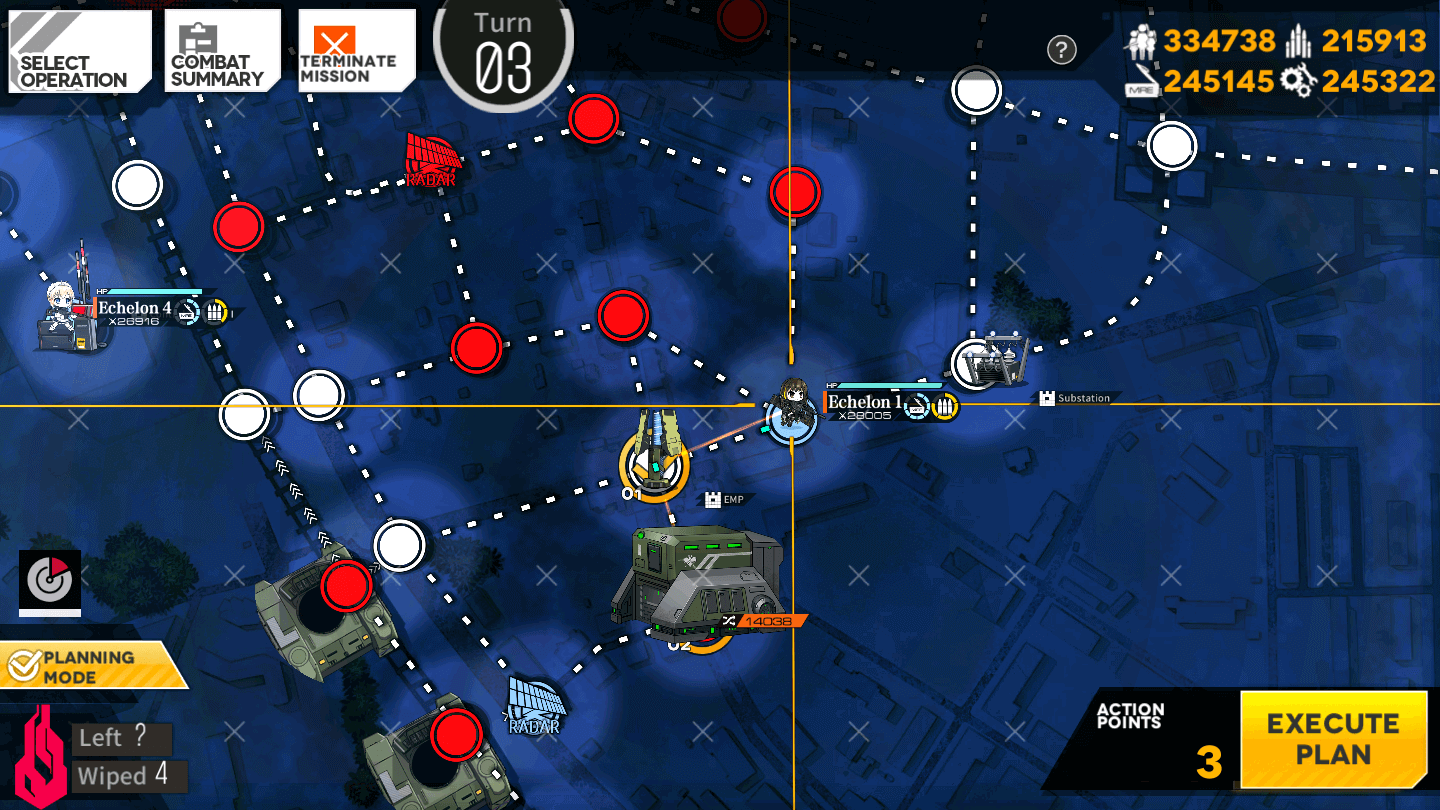 Move the lower Echelon to the left one node. Activate the EMP Tower, and move down one node to engage the Recce Center. 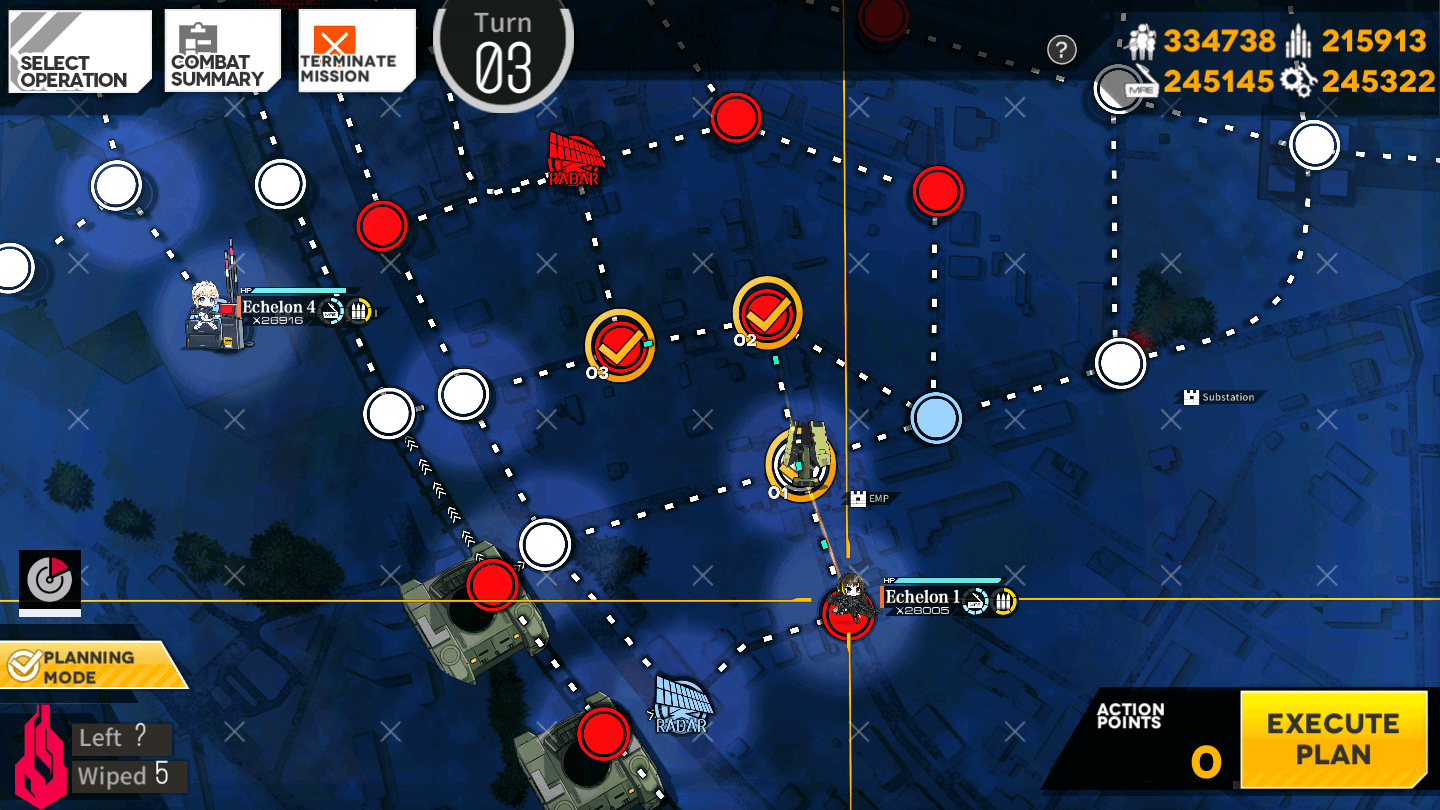 Move the lower Echelon back up two nodes, then to the left one node. 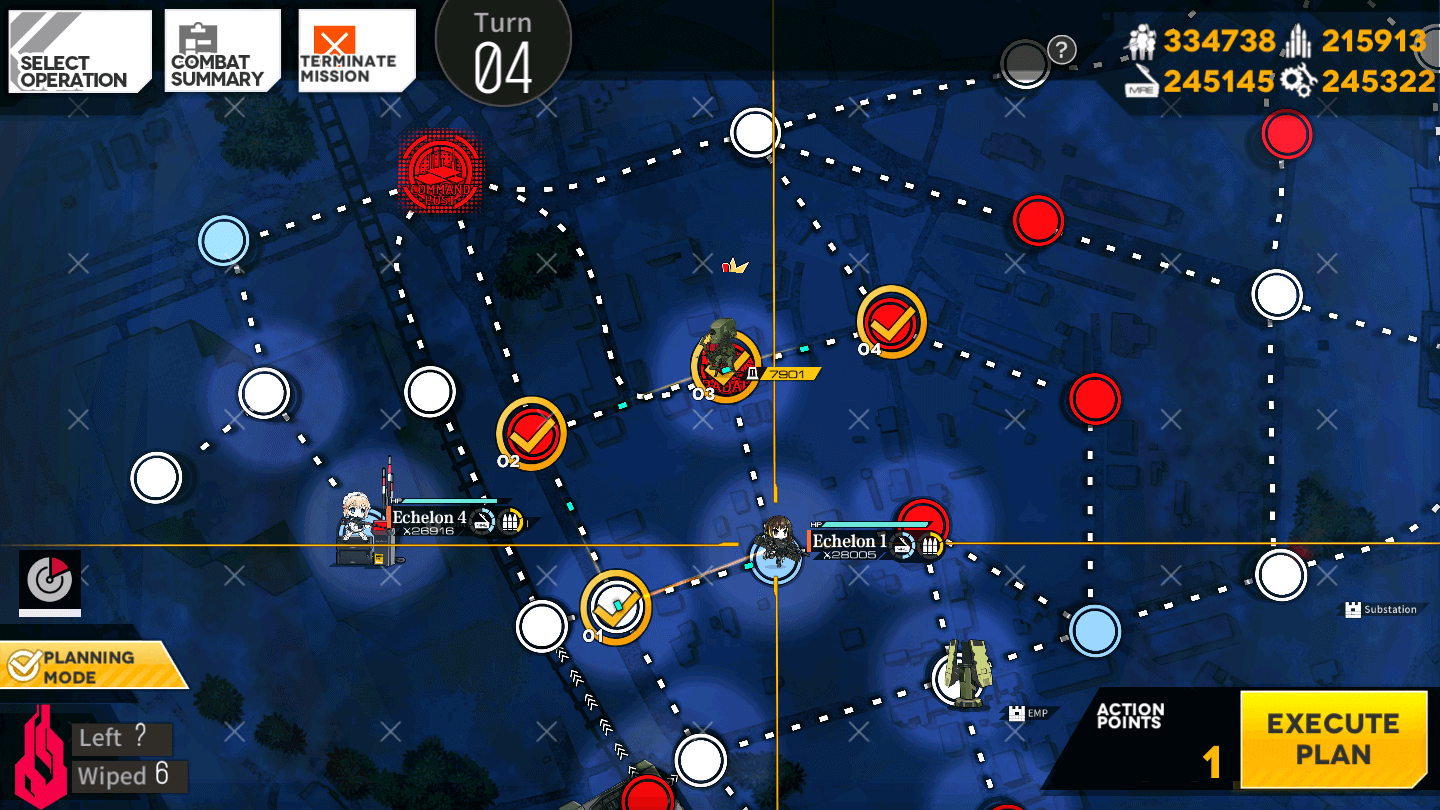 Move the central Combat Echelon to the left one node, up one node, then to the right two more nodes. 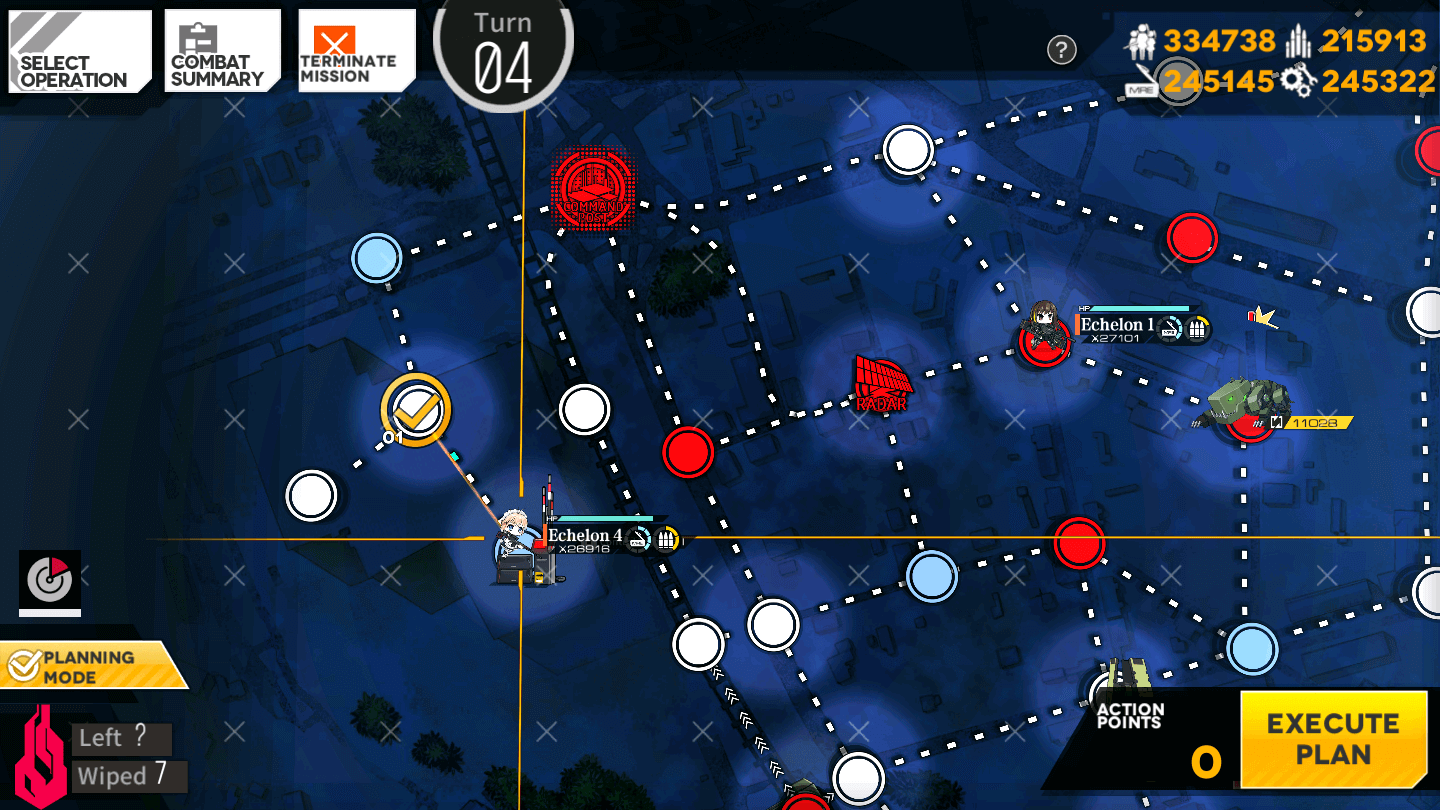 Move the left Echelon up one node. End your turn. 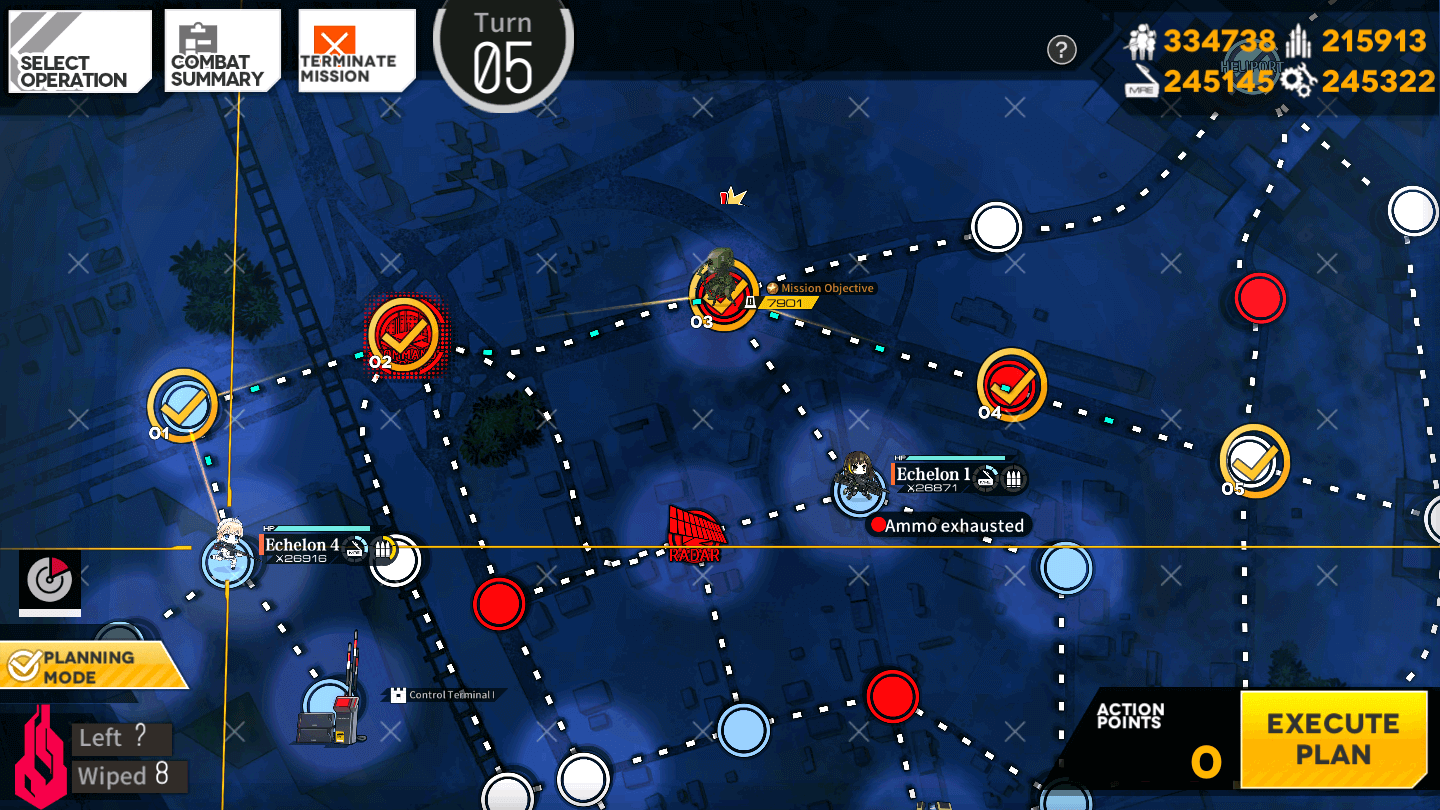 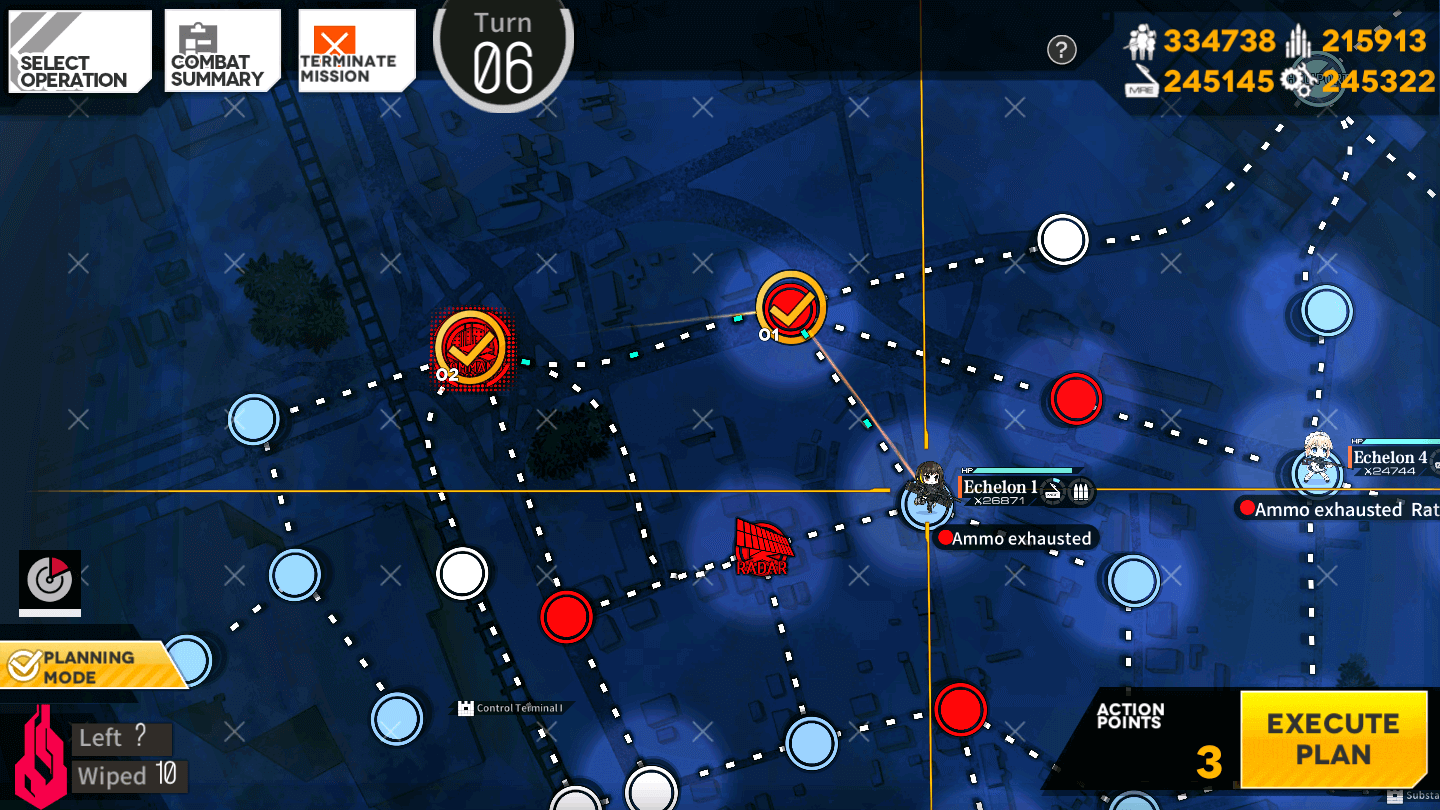 Move an Echelon to Capture the Command Post for the win. 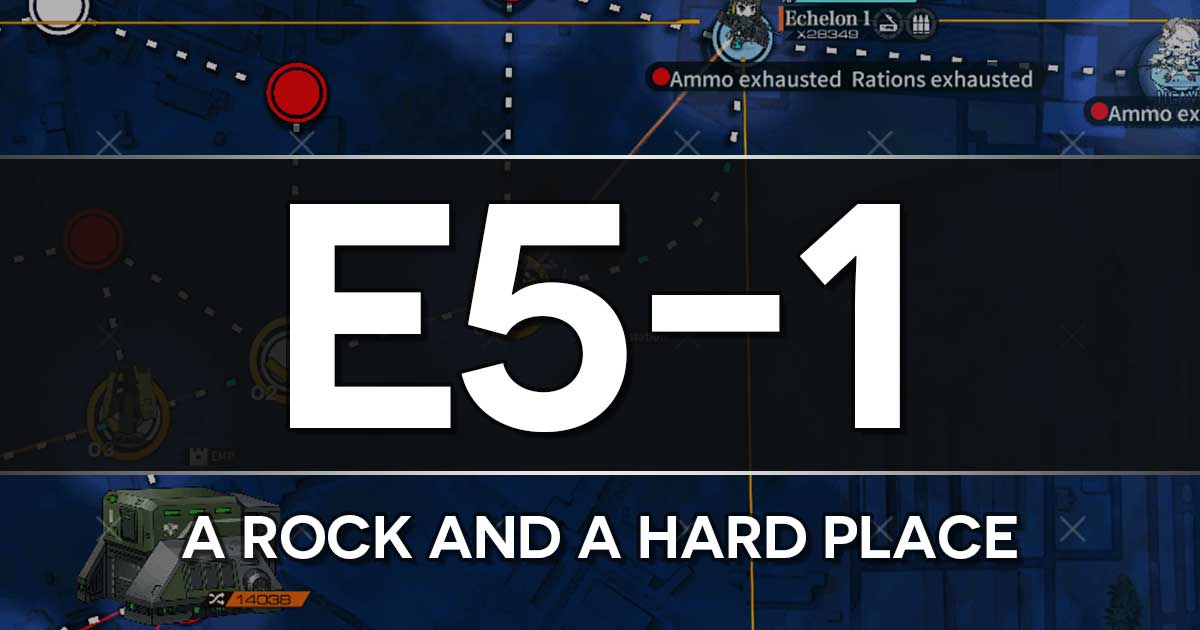 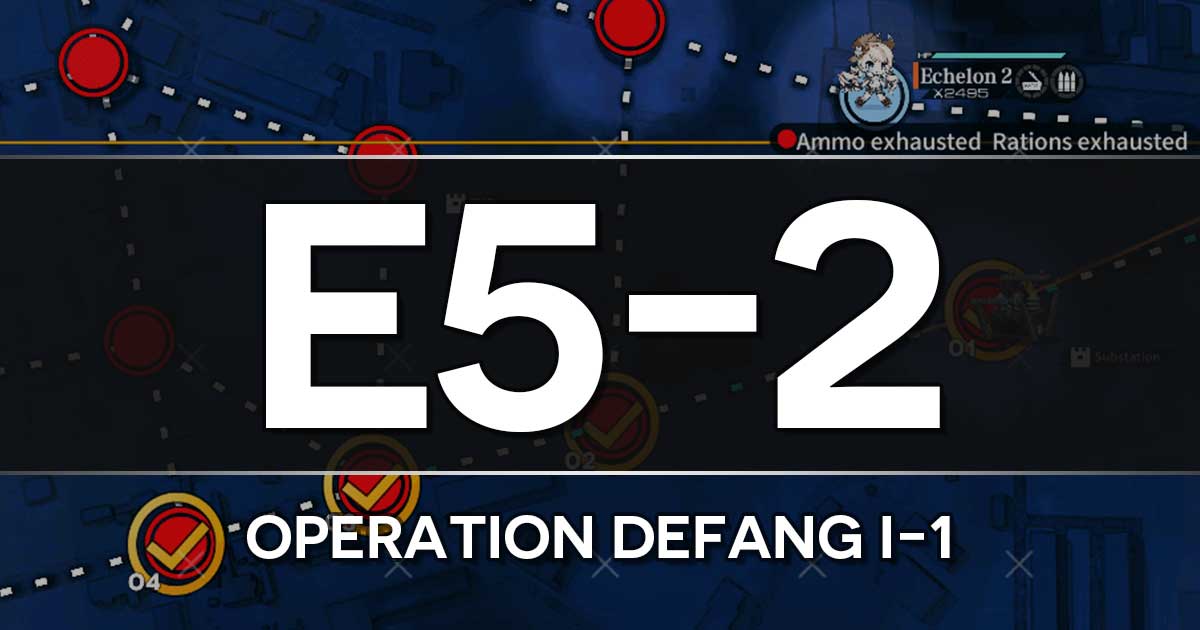 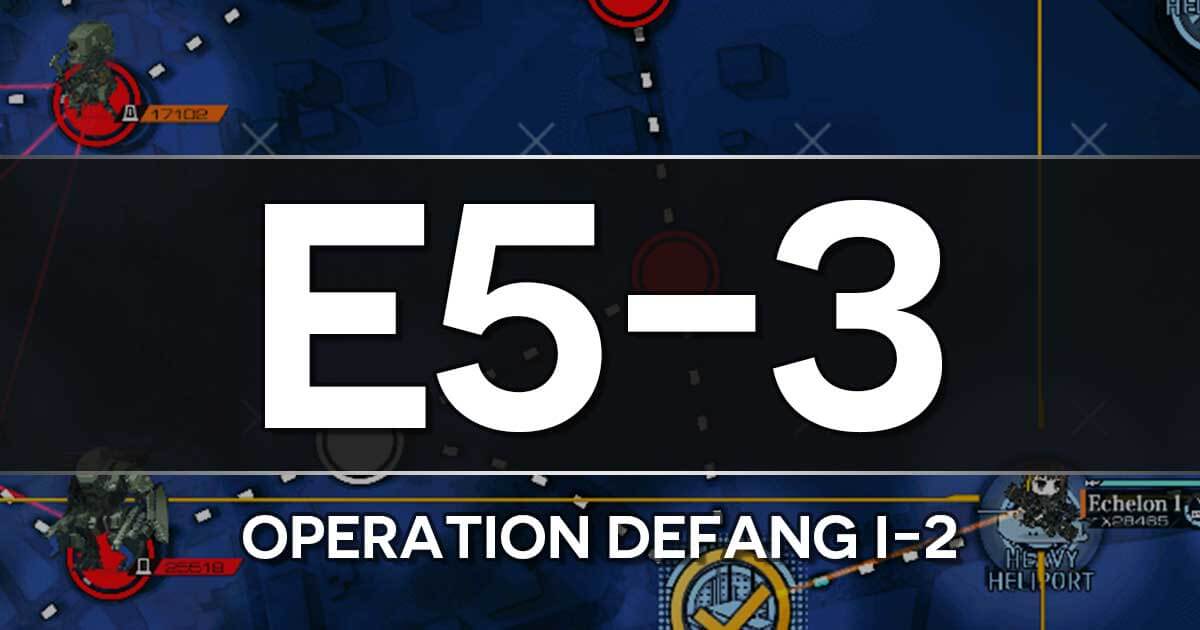 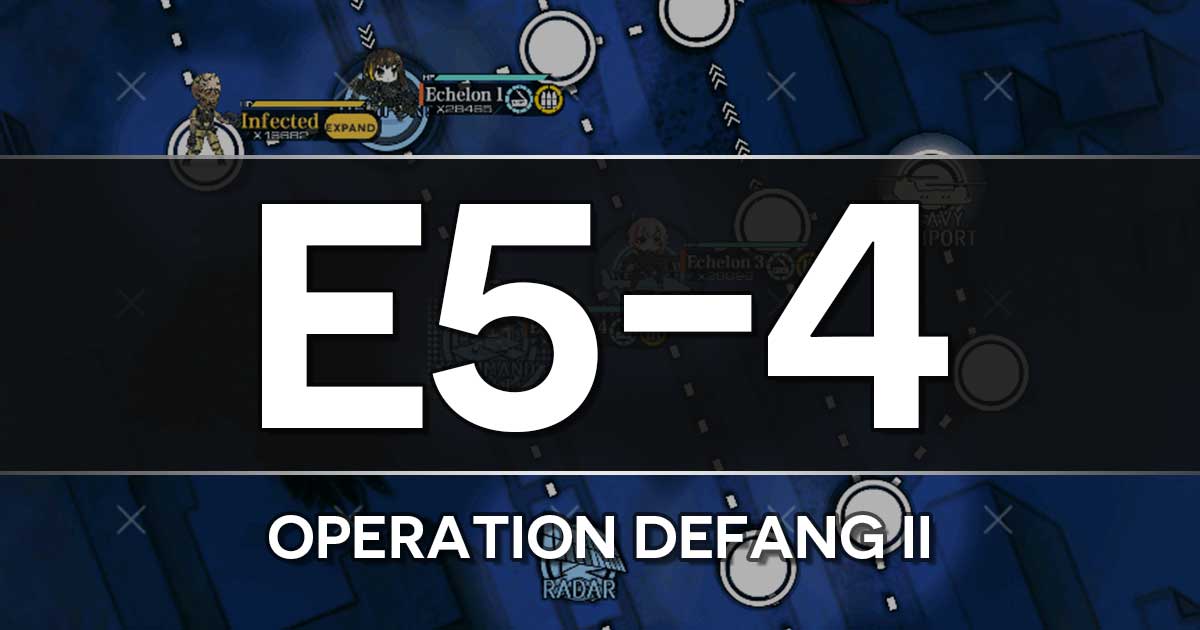 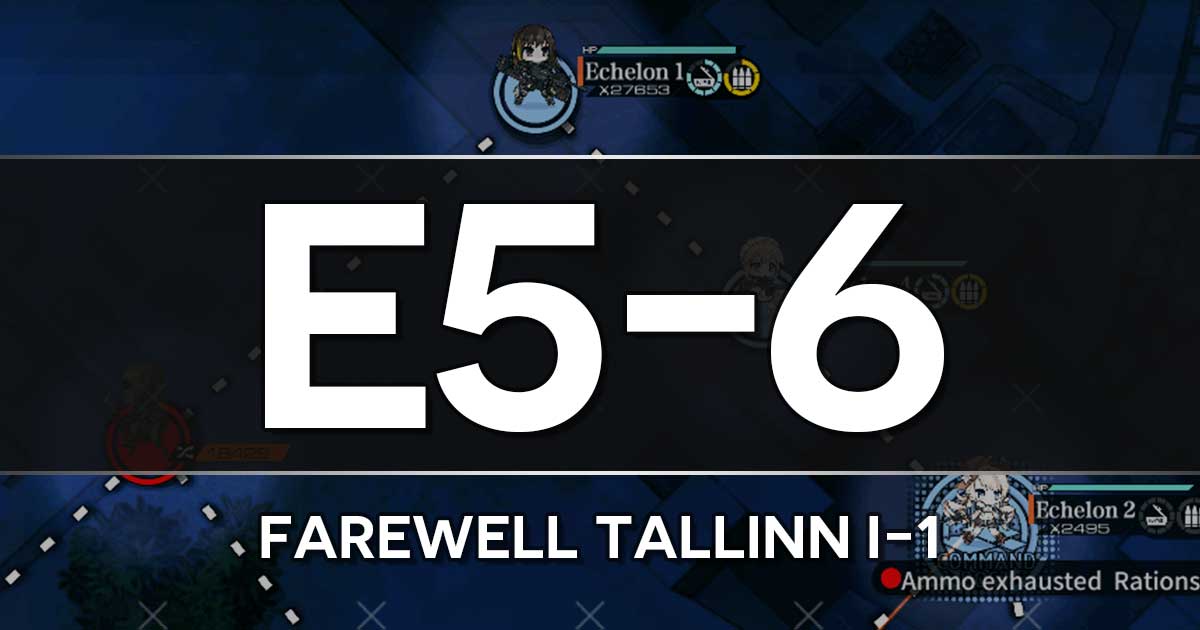 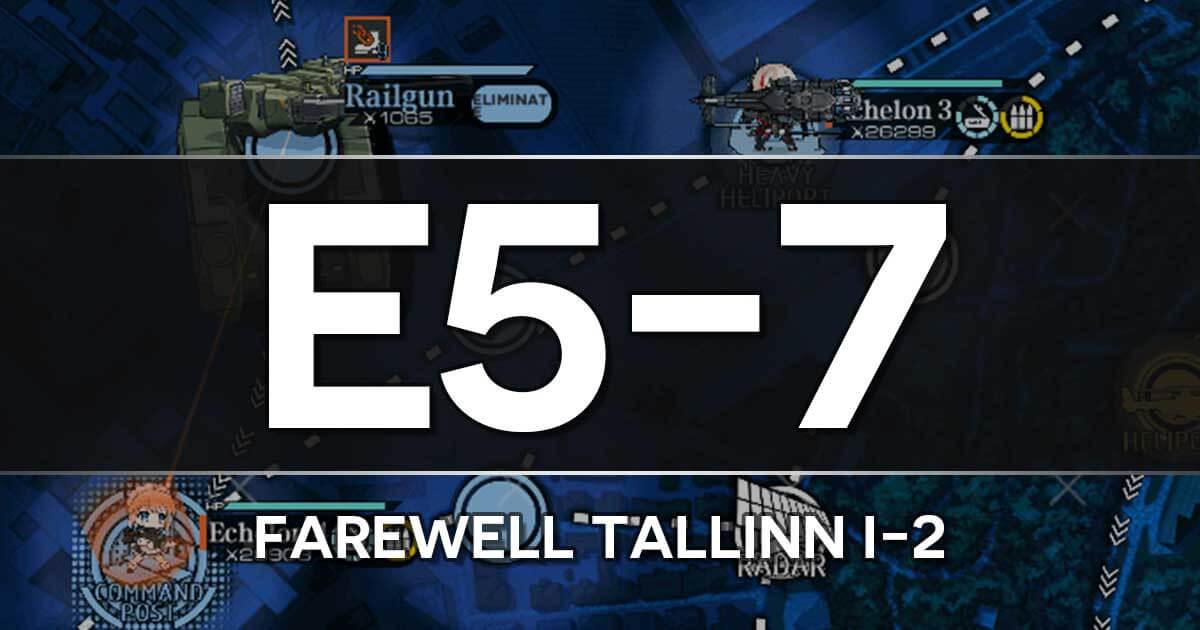 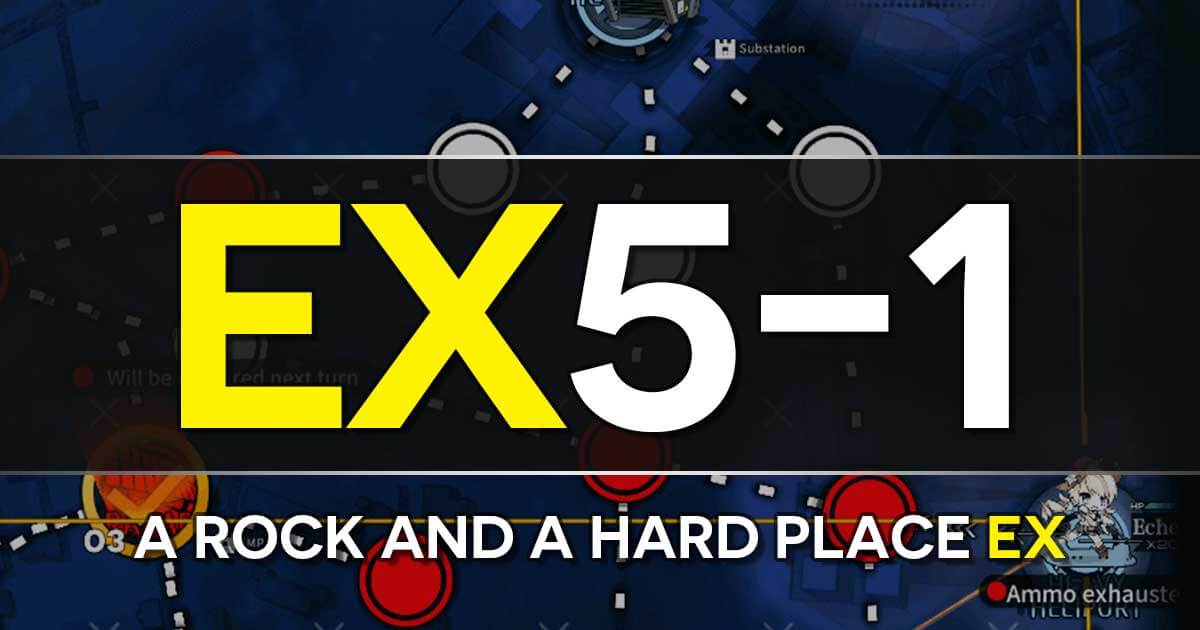 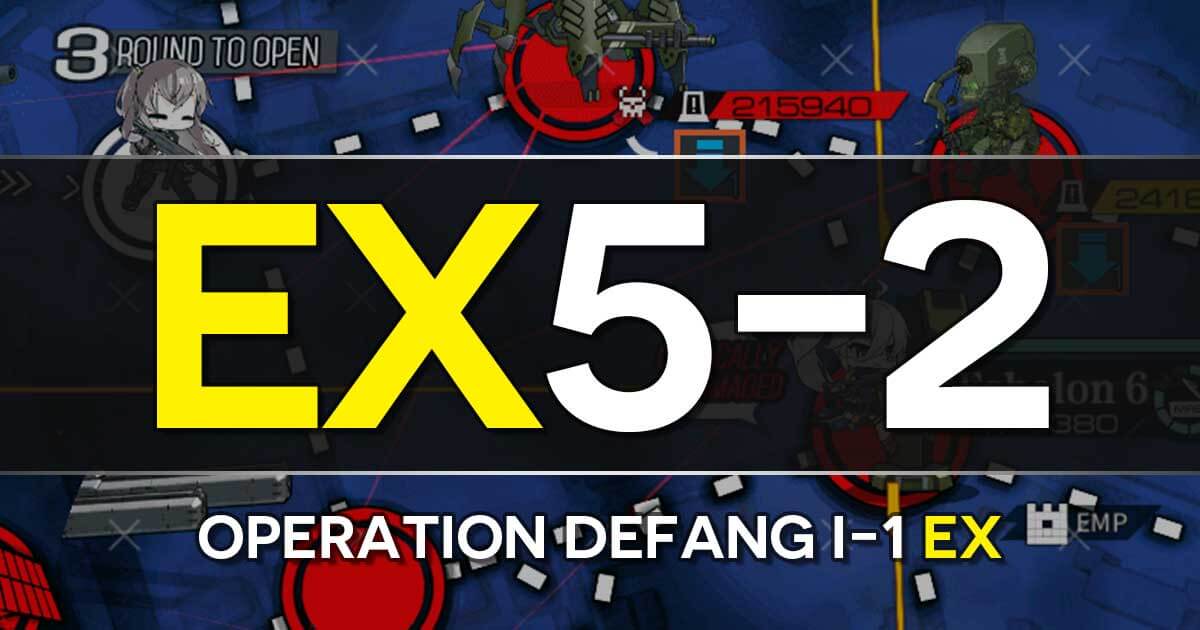 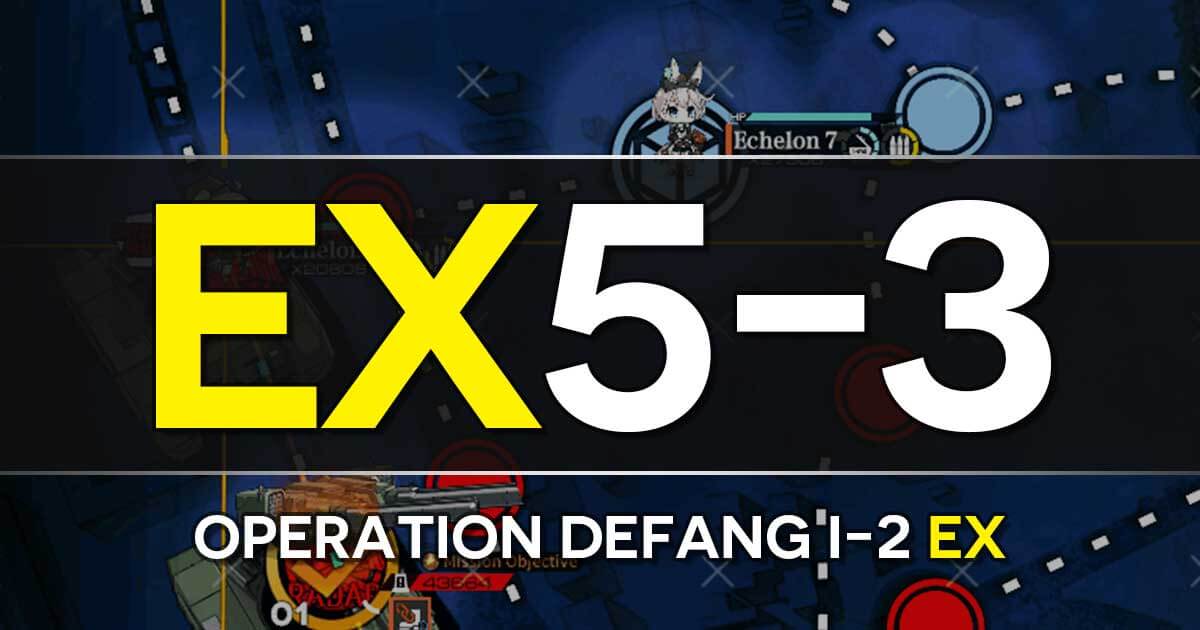 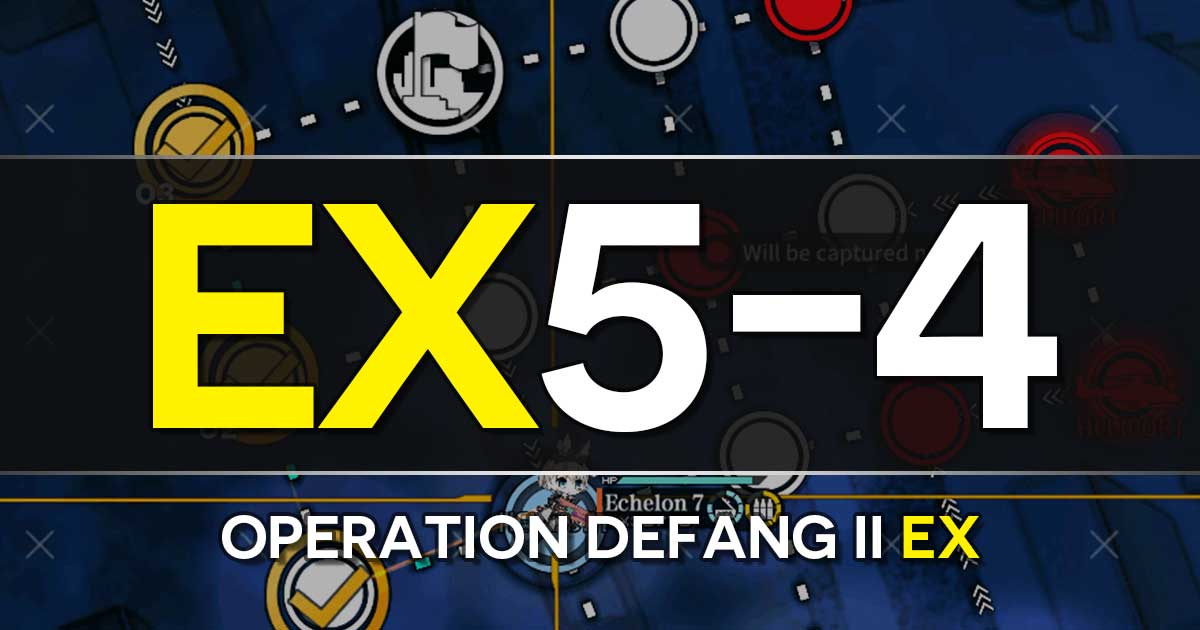 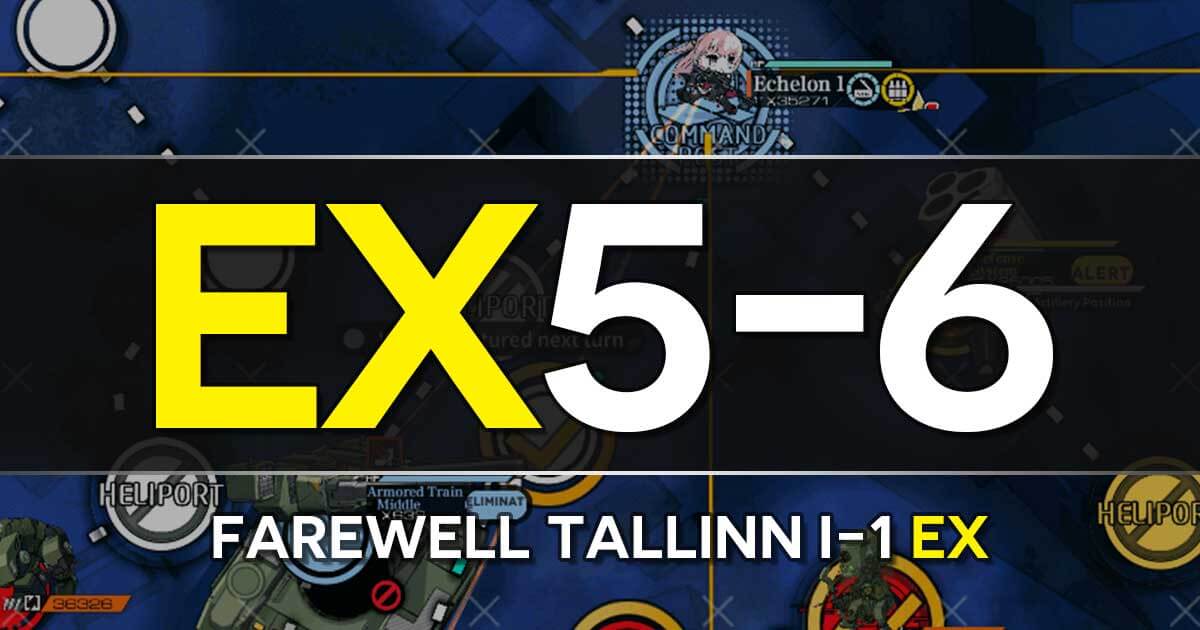 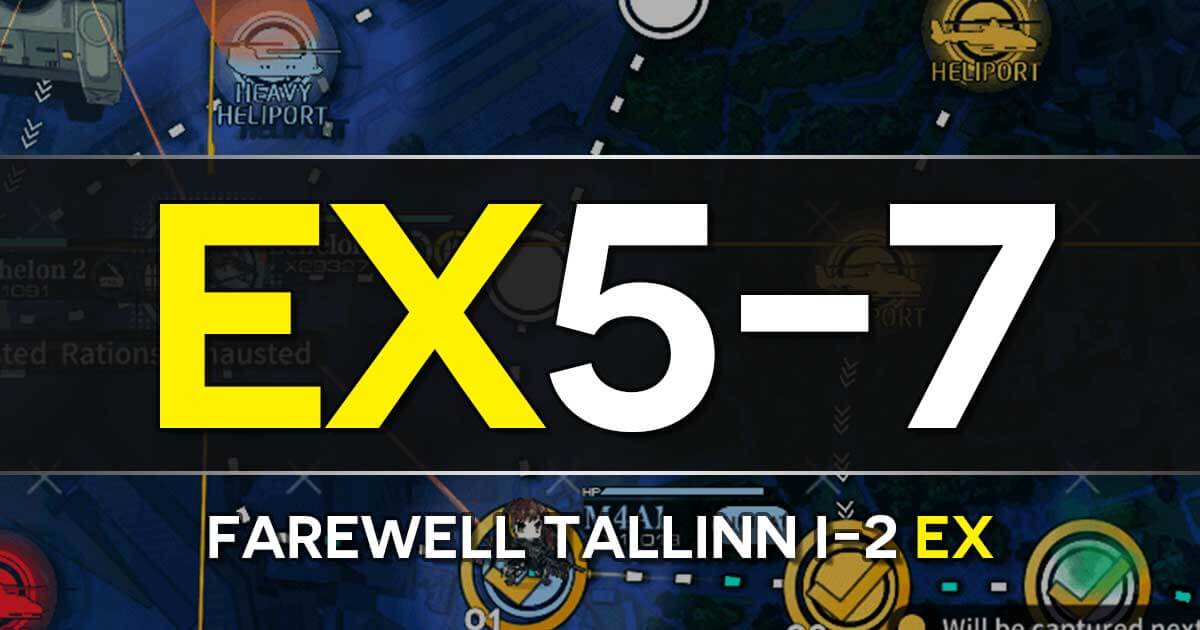