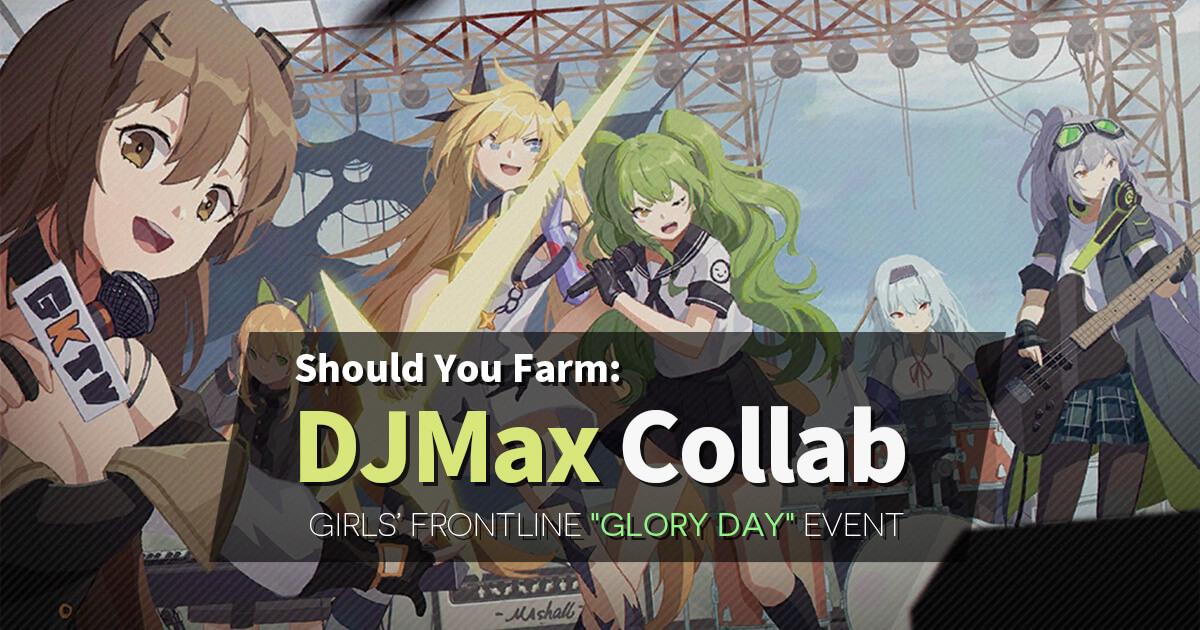 As with all events, the DJMax collaboration brings with it a selection of limited drop dolls. All of the Dolls available in this event have appeared in various events before, making this event primarily a potential time for players who missed those events, started more recently, or did not pick these Dolls up those times.

Writers Note: I cannot, in any way shape or form recommend farming from this event. DJMax is a miserable farming experience. No Doll in this poll is Meta-defining, and the loss of sanity from running these maps is not worth it. Please spare yourself the pain. 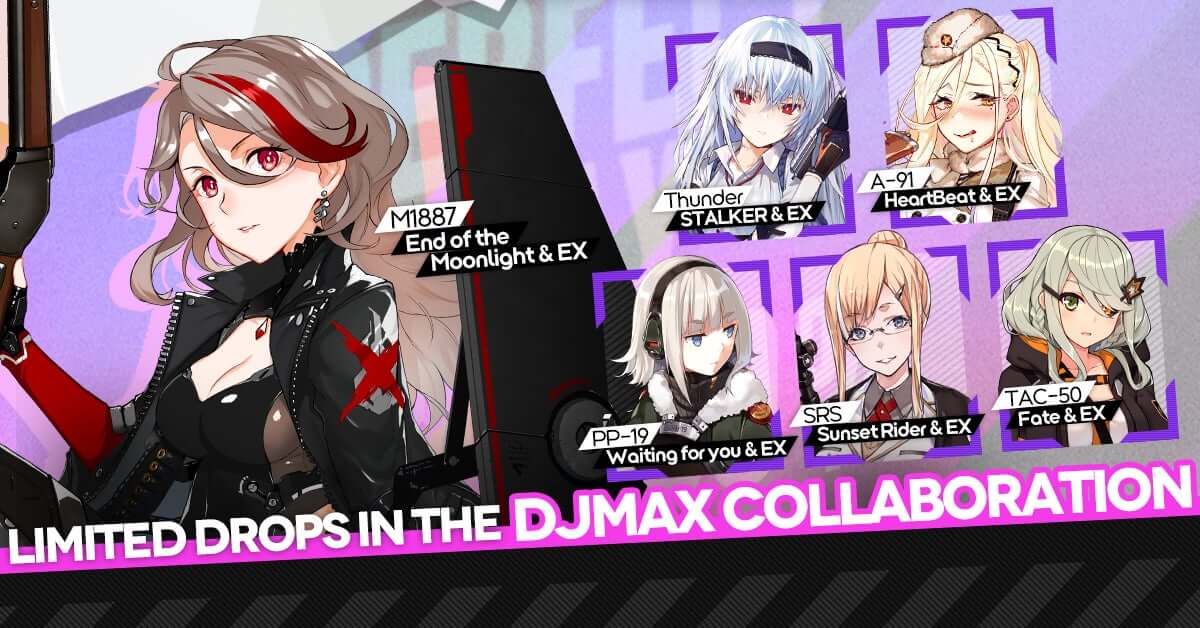 As mentioned in the Event Page, every map except Sunset Rider is farmed by map clear. Bear this in mind. Further, do not farm the EX stages. Having to combat the increased difficulty mobs does not offer an appreciably better farming experience, in many cases, it manages to make it worse, as discussed in relation to Stalker EX below.

As the Drop Welfare system from the White Day Event is returning, clearing all maps with an S-Rank, as well as any battle able to drop a limited Doll will yield either Nova Medals or Platinum Medals. These can be traded for limited Dolls or Cheesecakes in the shop. Nova Medals can be farmed on E1-1 to the tune of approximately 250 over the course of clearing out the event shop alone. 1-1EX offers double the drops, as will all other EX Maps, but this requires high rarity fairies and specialized compositions.

In order to safely drag 1-1EX, you must be able to deal at least 14k damage within about 6 seconds to pass the Bean, at least 44 Armor on a Shotgun to tank. 5* Fairies serve as the barrier of entry to attempting this Drag. Sticking to 1-1 is recommended.

Do NOT attempt to farm other EX maps for any reason.

For a comparison of medal farming vs. map farming, check out the article below: 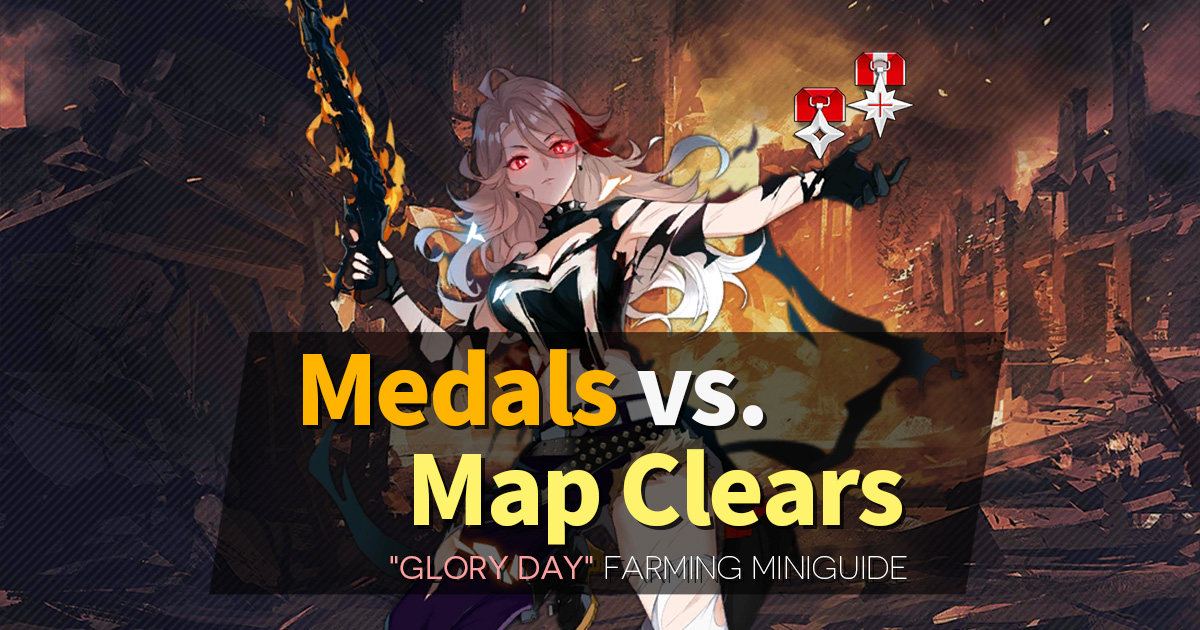 Thunder is a very unique HG whose Skill focuses on firing a high-powered burst damage bullet rather than providing a buff to her teammates. While Criticality Shot has a very low initial cooldown of 4s, it can miss, causing Thunder to re-aim and try again after 2 seconds.

This niche is not typically very useful nowadays due to the ballooning HP values of enemy bosses making it hard for Thunder to one-shot them, not to mention the fact that bosses tend to have enough Evasion to make Thunder miss frequently. Add in Thunder’s own painfully low Evasion, and very awkward Tile Positioning makes using her a tricky prospect at the best of times.

Thunder’s extremely high Damage stat and Skill multiplier do allow her to deal approximately 50% more damage than CZ75 when the bullet finds its mark, however, so enterprising Commanders may still find a use for Thunder if they look hard enough.

On the upside, the Crown of Respect daily run doubles as a Thunder farm, with 2 checks per run. Over the course of the event, the approximate 250 checks resulting from this daily farm offer a good chance at acquiring a Thunder naturally.

You may want to farm for Thunder if:

Drops From: 1-2: HeartBeat and Heartbeat EX

A-91 joins the collection of Russian ARs with Night-focused Skills. Unlike other Night ARs, A-91 fills a niche of a Night Grenadier who buffs herself when she uses her grenade skill, which while always useful can be extremely strong in the right situations.

With a lower Damage Multiplier and the traditional long ICD of an Anti-Personnel Grenade, during the day A-91 will struggle to perform compared to existing or upcoming Grenadiers, such as M4 SOPMOD II (with or without Neural Upgrade), 416, FAL or K11.

At night, however, A-91 is an entirely different beast. Because she applies the % Damage buff as she is throwing the grenade, it buffs her own grenade damage and puts her AoE damage on par with 416 prior to her Neural Upgrade. She's also the only T-Doll that will buff herself from using the grenade skill, which in the right situation allows her to out-perform the vast majority of un-Modded Grenadiers.

With the release of 416's Neural Upgrade, and other Grenadier Mods, as well as changing content, A-91 can safely retire to the base bar.

Reasons to skip farming for A-91

Unlike the Incendiary Grenade used by Vector or Skorpion, PP-19’s Skill is more analogous to the one used by PPS-43, trading the damage-over-time burn for a substantially wider explosion radius on the initial impact, spreading 2.5 yards instead of 1.5. In this regard, PP-19 performs approximately equally to PPS-43, compensating for her lower base Damage with a higher Skill multiplier while offering a far more potent Tile Buff in return for somewhat limited coverage. Unfortunately, as with all Grenade based Skills, PP-19 will still suffer from targeting RNG, although her much wider blast radius will often catch many enemies in it. Due to the relative rarity of strong Hand Grenade users among SMGs, farming PP-19 is recommended if you need her as she has little competition in this niche - only PPS-43 comes anywhere close.

Rising enemy HP pools mean that PP-19’s usefulness continues to shrink, although her Tile Buff remains extremely potent, and her Skill does add significant upfront Damage. Should you be looking either to diversity your Off-tank repertoire, or be a non-duper looking for more Off-Tank SMGs, PP-19 is a remains solid pickup, although one must weight the slog of farming against her value as a pickup.

Reasons to skip farming for PP-19

Mercifully, SRS has the least miserable farm, while being one of the more useful general pickups from this event. Coming armed with solid base Stats, and a Skill that Buffs Damage and Accuracy, SRS’s time to shine is approaching, as Evasive enemies in the upcoming Isomer Ranking will make her Accuracy buff more valuable. Sure-hit RFs such as 4 Shiki and M200 do overshadow her in this role, but for Commanders looking to either avoid duping or with poor luck on pulling those two, SRS will be able to step up and fill the void well.

If you must farm 1 Doll from this event, make it SRS. She fits into the most general RF/HG compositions, and while her heyday has somewhat passed, she remains a strong generalist in RF Echelons. Also, Sunset Rider is the least miserable map to farm, bonus!

You may wish to farm SRS if:

Reasons to skip farming for SRS

Another event-exclusive T-Doll, TAC-50 is a rather unique Single Target Nuke RF.

While the 4.5x Damage Multiplier seems rather low, do not let that fool you, this shot is able to Critically Strike, which can let TAC-50 deliver some truly outstanding Damage to a single target. TAC-50 is a premier choice in the rare cases that a nuke RF is needed, and can be great for players who want to make a bamboo team for fun, since no other RF comes anywhere close to TAC-50's damage output, especially if Critical Damage buffs are in play. Thanks to the Bamboo Rework, TAC's ICD has dropped, putting her Skill in play much earlier in the battle.

One-shotting bosses outside of early story chapters and events is a thing of the past, with rising HP numbers, rending the single-shot Bamboo niche all but dead. Evening early bosses are better dealt with quickly using cheaper methods such as HGs. Enterprising Commanders may find a use for Tac-50 in the current world of GFL, but for the overwhelming majority, Tac-50 is an easy skip to farm.

As a Shotgun, M1887 works just fine in her role of tanking incoming damage due to having one of the highest HP values amongst shotguns. Her Tile Buff only affects the position directly behind her, however, which will hinder her use on traditional MGSG squads. Like many SGs, her skill is nothing impressive, with a long Initial Cooldown, and a fixed amount of Damage dealt.

Worse, MG/SG formations are falling by the wayside in upcoming content, continuing to diminish the value of M1887. While SG's retain their value as damage sponges, M1887's Skill is not suited for this task, and she will be outshone her peers, including M500's Neural Upgrade, DP-12 and the old standbye SAT8. Her primary use coming up will be for CE Stack Min/Max in upcoming Theatre events, but even this has diminishing returns and is not worthwhile for anyone but those aiming for Top 100 in Theatre. Even then, this past theatre demonstrated handily that CE stack will be outdone by Scouting luck.

For those lacking for solid SG options, M1887 is a possible choice, but she will inevitably be overshadowed by SGs such as SAT8 or KSG, and fails to serve as a budget option due to the availability of SPAS-12 and M500 (value increased after her Mod) from the revamped Career Quests. M1887 does have a nice Skin if you want to use that.

Ceiaput together an All in one Farming Guide during the original run of DJ-Max and it still applies. Please check it for additional information about routing, requirements, and more! 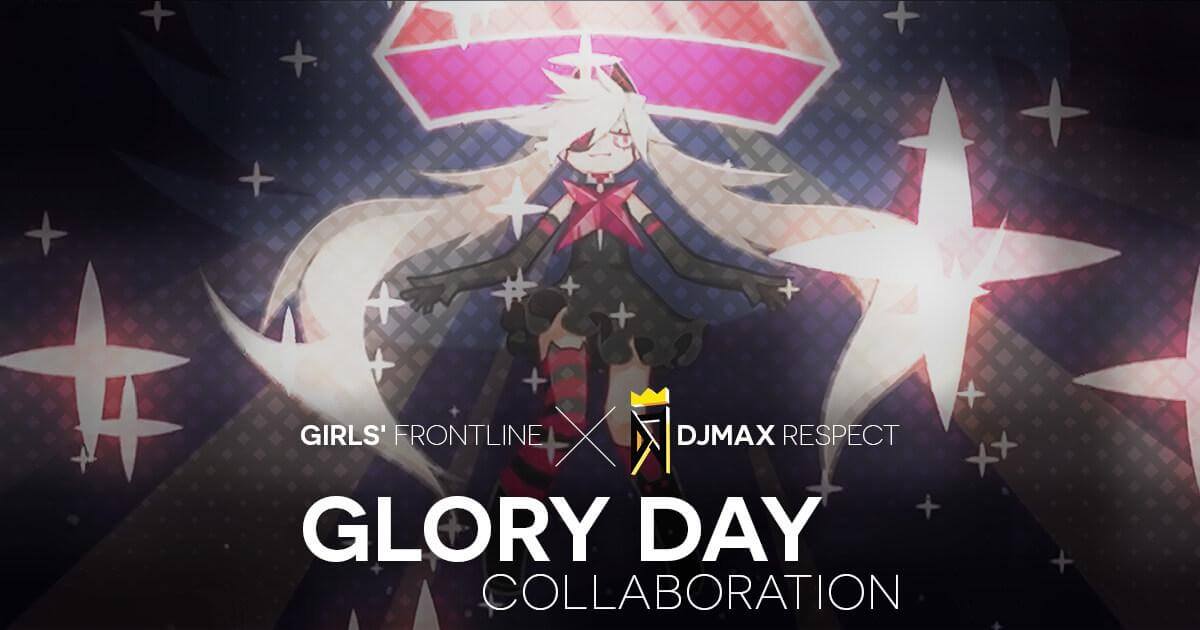 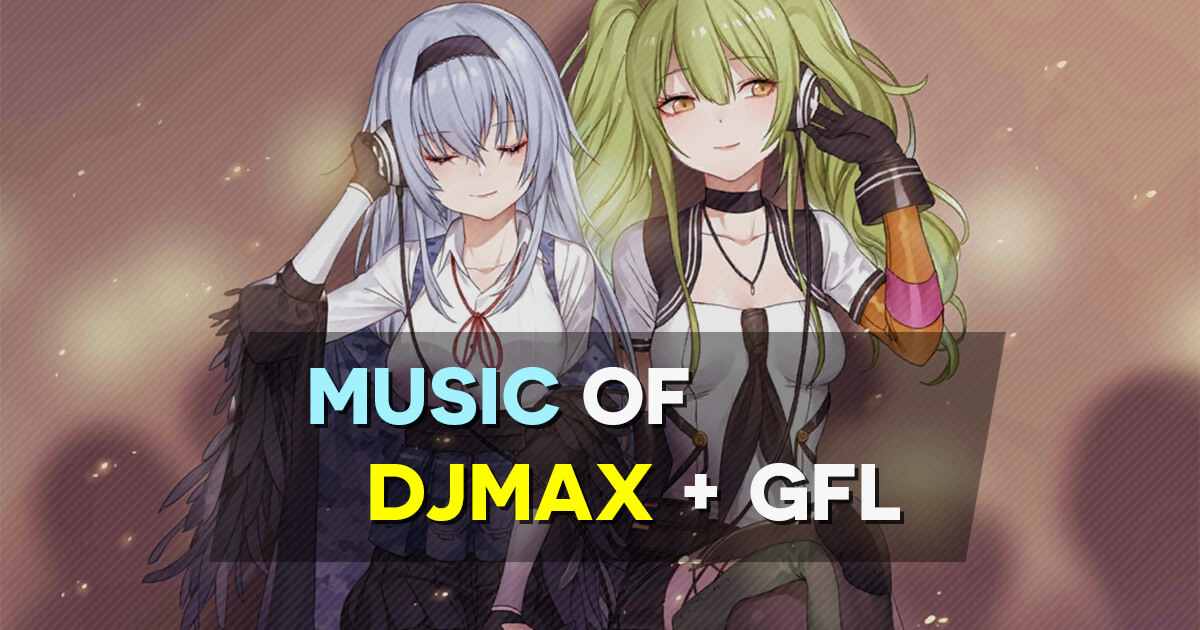